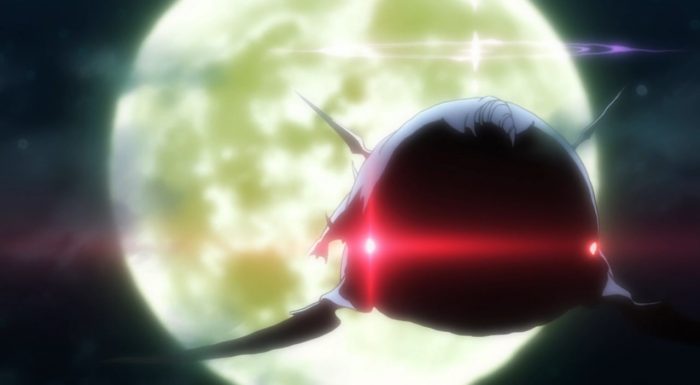 I’m not any happier about events from last week now as when they happened. But, I am glad this was a strong episode that helped push the story forward. Get the battle set up against this massive White Whale and move closer to what the real goal is. The fewer reminders about that episode the better in all honesty. That previous episode is going to bug me until this show is over sadly. There is just no getting past how annoyed I am with the author. At least this episode didn’t dwell more on that stuff than it absolutely had to. I can certainly understand as well if others don’t care for the near negative view I have on this situation, but that’s just how I feel about it. I will make efforts not to make this a weekly thing and just move forward. 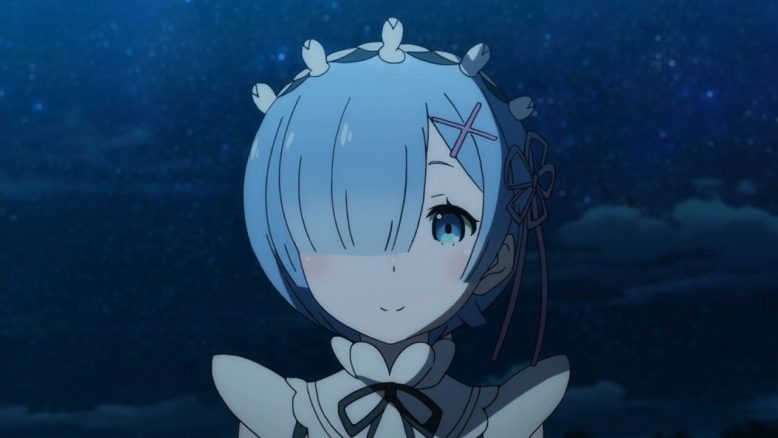 A complete and total saint

In all honesty the fewer Subaru and Rem scenes we get in the rest of the show….the easier on me it will be. Just so darn depressing watching these two interact. Certainly Rem is a better person than I am. Rem is able to keep her focus no matter the circumstances. Even though frankly I wouldn’t blame her for distancing herself, not much has really changed. She probably always presumed she’d lose and had accepted that a long time ago. This is a person who basically saw herself as an inferior replacement for her sister until recently. She can probably endure this kind of situation better than most. Just enjoy looking at Subaru and supporting him on what he has to do.

The scene at the tree was nice and I’m sure that’s what the show was going for. Frankly, I just found it kind of depressing. At least Subaru isn’t a scumbag who doesn’t realize how crappy this situation is. Getting way more from Rem than frankly he should. Even though he’s the one who shot her down he’s still having to count on her to keep his spirits up and believe in him without question. Believing in him more than any single other person on the planet. I don’t even think his parents believe in him to this extent. Emilia certainly doesn’t, Ram doesn’t, Roswaal doesn’t, and nobody does. That kind of pure faith and outright devotion is a rare and precious thing. He can’t ask Rem to give less of a damn because frankly he needs that level of support right now. 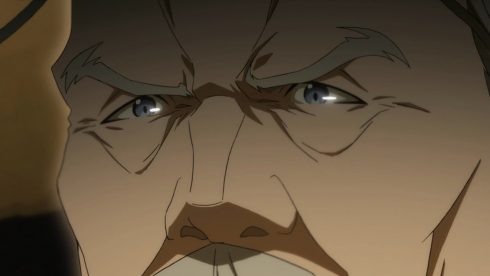 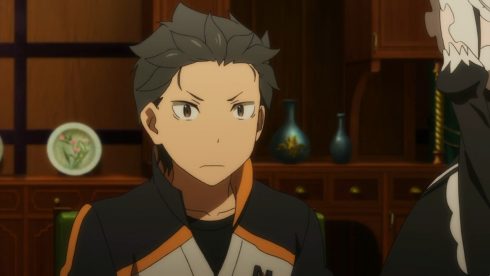 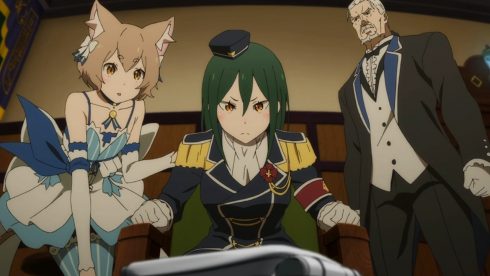 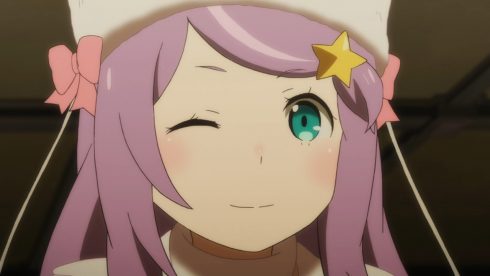 Moving on from that depressing stuff is the rest of the episode! You knew with how darn big the episode was last week that Subaru was going to get a lot of things right this time. His victory routes tend to be full of luck and work out surprisingly well. Mostly since he really can’t afford to die again in this arc. We’ve gotten way too invested now in this situation. Thus his negotiations turned out a lot better this time. He played his cards well. I still don’t respect Crusch as much after what happened in the previous route. Time may change that, but for now things remain the same. Hard to seriously nod at her speech about taking down this evil whale when she had no problem ignoring a cult that was about to go massacre villages. She had a lot on her plate, but that willingness to sacrifice those people remains.

At least Subaru was able to twist her arm with some good intel. He could give her the exact time and location the whale would show up which allows her the best possible opportunity for this mission to not be a suicide run. Even if she could gather the men and weapons it would be incredibly hard to chase this thing down without information. That is a card so valuable that she can’t possibly ignore it. The real question though is how far does this proposed alliance go? Is it just to take on the White Whale or does it mean that after this battle she’ll assist with the Witch Cult? Did he even mention the Witch Cult or is Subaru intending to spring that information on Crusch after the battle? Now that she’s in the alliance then tell her about what is going on so she’ll be forced to fulfill her side of the alliance and protect her ally? I don’t know, but hopefully he has a plan for the aftermath here. Killing this whale won’t mean much if they can’t get the survivors to help fight the cult after. 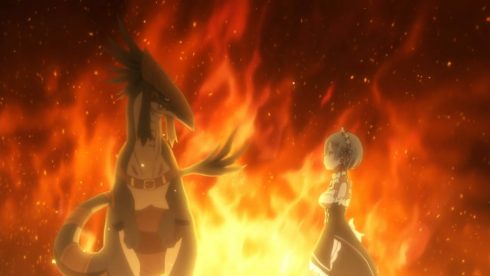 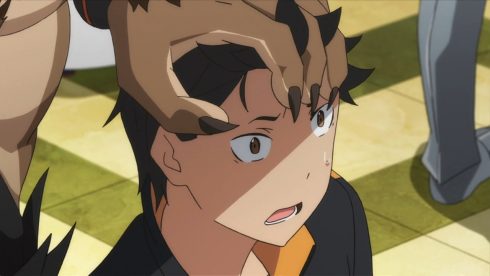 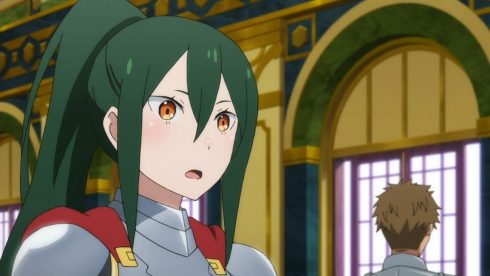 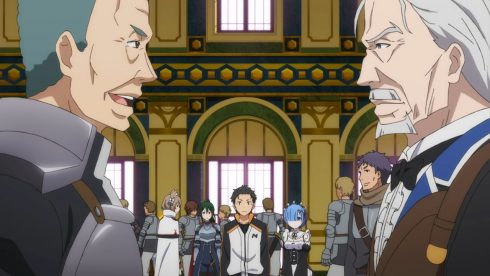 I found it nice seeing all these forces come together against the Whale. Though it is a bit weird seeing a bunch of cavalry….trying to fight a flying whale. How do they even plan on doing damage? Rem can do range attacks, but how many there are skilled at long range combat? I presume Crusch planned for this considering it is a well-known enemy. They must have some plan on grounding that thing so that the majority of their forces can start slicing it up. This will be a tough struggle, although at least they have a much better chance. Better than Rem trying to solo that thing or the chances that a bunch of merchants had.

Can respect all those people who have come together for this. The older guys who want a chance to avenge their fallen friends and family. Wilhelm gets credit here. I can understand the guy wanting to deal with this threat. Certainly a sad story with his wife (who suspicious is never really named) and how she basically was forced onto a path because of her skill with the sword. So insanely talented, although she herself never especially loved it. Loved by the sword, but preferring to just look at flowers. I can certainly feel for her. Hopefully Wilhelm can find the chance to bring that monster down and move forward. This is his biggest and probably only chance against the monster. He’ll give all he has and should be fun to see what this guy is capable of. 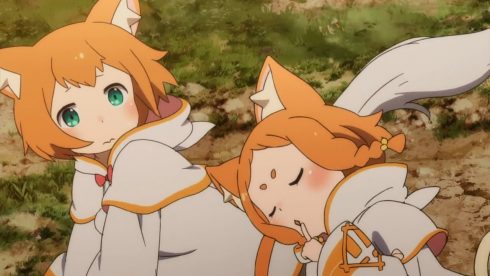 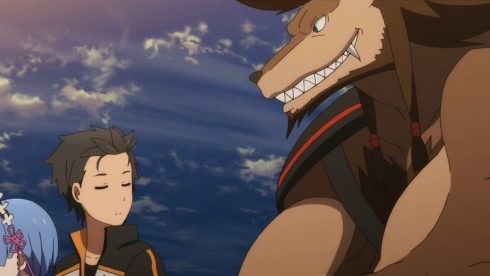 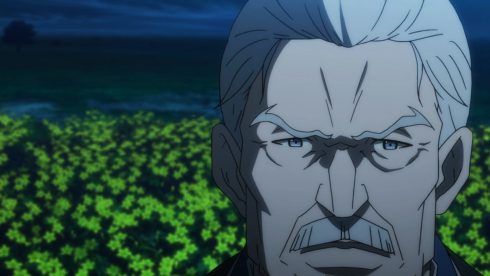 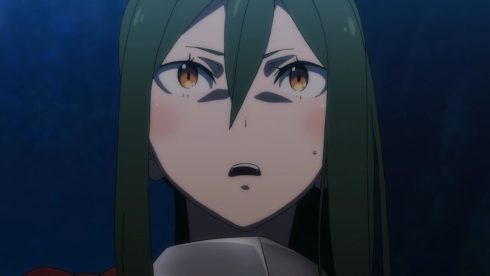 We haven’t had many episodes that end with the excitement factor of this one. No depression, no death, just a huge fight ahead and some hype for how that will unfold. This is almost a LOTR like showdown here. A massive force going up against a huge monster and trying to bring it down. It will be messy, there will be casualties, but it’s going to be pretty awesome. Good luck to Subaru and company, you have picked a fight with one heck of a beast. I’m going to be pretty excited to see how this turns out and how it transitions to the fight against the Witch Cult. That is the big fight ahead here. Even if they bring this beast down it won’t matter if that group of psychopaths manages to wipe out the village and Emilia.

Just have to wait and see what happens.