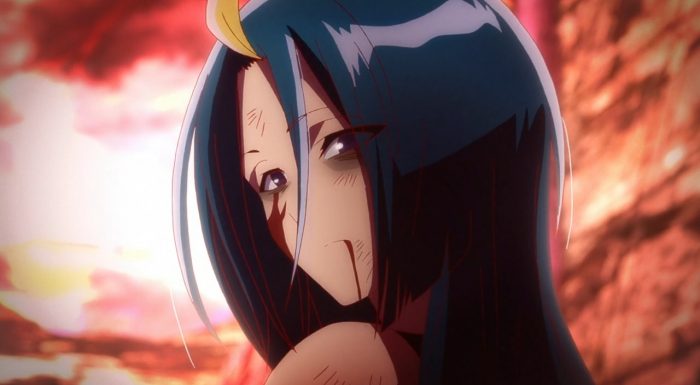 Certainly if you wanted to up the threat level of Yuto this was a good way to do it. Not an unusual method. It is a pretty standard way of establishing the threat level, but it definitely works. I was surprised to see Seigen survive and not sure if that was a good or bad decision. The show has killed off a side character here and there, but killing off Seigen would have been the biggest death by far that wasn’t in a flashback. At the same time it might have been a shame to kill him off. There is still aspects you can explore with him, one of which being how he might live outside of being an exorcist. After all the guy does have a wife and child. It isn’t like Seigen doesn’t have a life that he could life outside of all this death and slaughter. 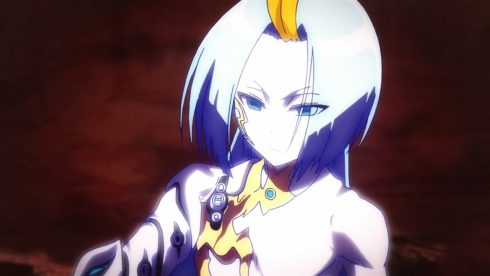 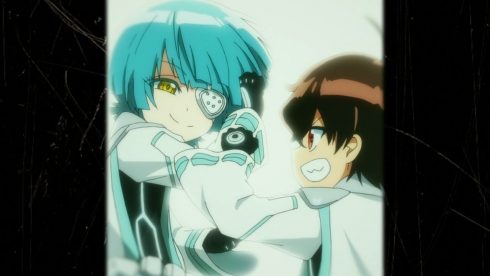 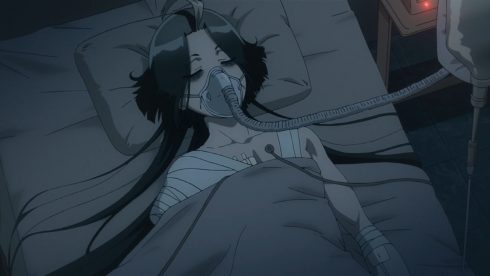 In the end I’ll say it’s still a positive thing that he’s alive. I only wonder if they didn’t go too far in establishing Yuto’s strength. If he can one-shot someone like Seigen….can anyone stand up to this guy? Seigen is one of the 12 Guardians. These guys aren’t supposed to be easy to take out. Maybe you can say that Seigen hesitated and that cost him the fight, but isn’t that still a bit insane? What are they going to do? Suddenly say that Seigen was really the weakest of the 12 Guardians and somehow still establish their strength that way? Or has Yuto literally become the last boss for the entire series?

Yuto really is a character that is hard to read anymore. We knew he was more powerful than Rokuro, but not much else. He didn’t seem more powerful than Seigen by his threat against Mayura to keep him out of the previous fight. But this time he took the most powerful stuff that Seigen could do without breaking much of a sweat. Honestly, no matter how serious Rokuro and Benio get….they shouldn’t stand a chance against this guy. Sure, when they combine everything they have a spell power higher than just about any individual, but it seems pretty impossible to get the job done this time. Also while Rokuro apparently has gotten a power-up in a new seal, it doesn’t seem like Benio will have much outside of new armor to work with on this. 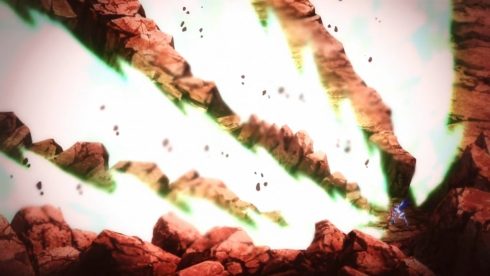 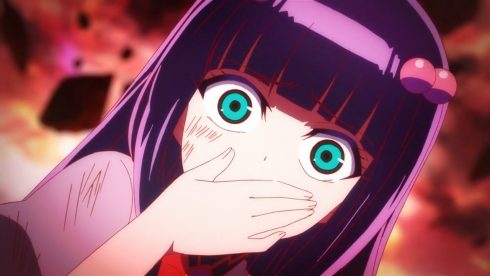 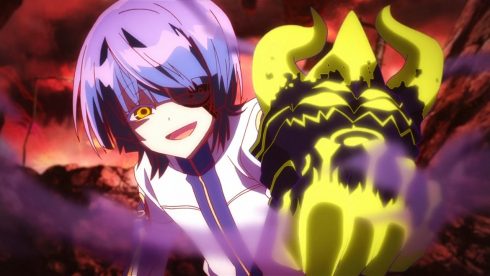 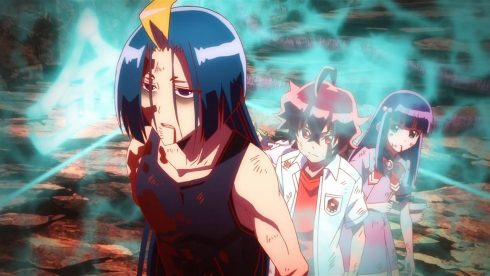 In the end though, credit to Seigen for doing what he could. This is a guy who takes his duties completely seriously and will do whatever it takes. There was no hesitation when it came to sacrificing his own life. This guy knows how important Rokuro and Benio are. He’s not going to let the Twin Stars get taken out. But, it isn’t like there isn’t a personal motive either. Caring about Rokuro as a pupil, but also that Rokuro and Benio saved his daughter. That means a heck of a lot. He may have stepped away from his family, but it was to protect them. Nothing would have killed him more than having to put down his own daughter because of what Yuto did.

A pretty badass effort right to the end. The stakes were too high and he was prepared to do what was necessary. Though I am glad that Rokuro and Benio couldn’t stand to let him die. Even if it was a stupid decision. A decision that could have gotten them all killed and for nothing. 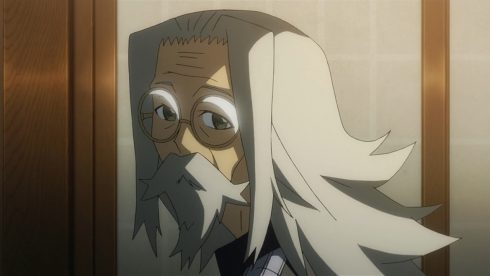 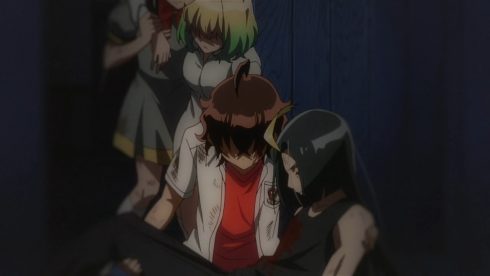 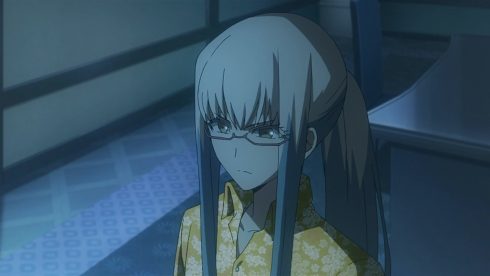 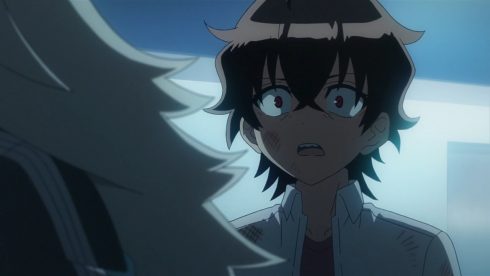 Total failure by Arima on this situation as well. Maybe he wanted to use all this to make the Twin Stars grow, but frankly it was reckless. Arima actively put so many lives at risk. How many died because he refused to use the necessary force earlier and instead put it all on Seigen? They should have gone after Yuto with maximum force from the start. Get the majority of the 12 Guardians ready to smite this little monster into oblivion. Regardless the move was made now and I kind of expect those reinforcements to be necessary. Yuto has to be stopped or at least reduced to a position where he can’t make good on his threats against Rokuro’s friends.

I definitely enjoyed the tension and the emotions in this. A chance for Rokuro and Benio to think on what has happened. What still amazes me is that Yuto doesn’t pay much attention to Benio. Does he just not care about the Twin Stars as an existence or how important she is to their combined strength? Seems really weird to me. Still, I did think it was a good moment with Rokuro reflecting on his past with Seigen. This is his time to step up, finally putting on the black gear. Fighting not simply out of rage, but out of a sense of responsibility. He wants to be an onmyouji and thus he has to stop the evil that Yuto represents. 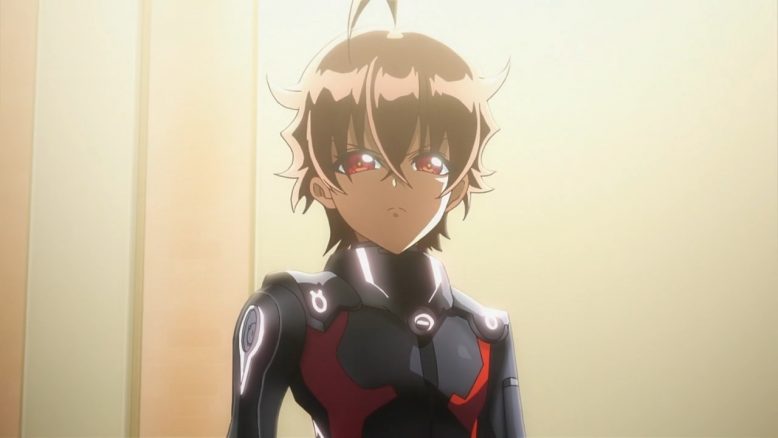 While I don’t think they can win, I’m excited to see the struggle. Rokuro and Benio are going to be in tough to take on Yuto. He is practically a monster beyond measure if even Seigen couldn’t do much against him. Time for these two to knock this guy around and put a stop to him. He’s not going to quit. At this rate the body count will only skyrocket. Should be a good episode next week.