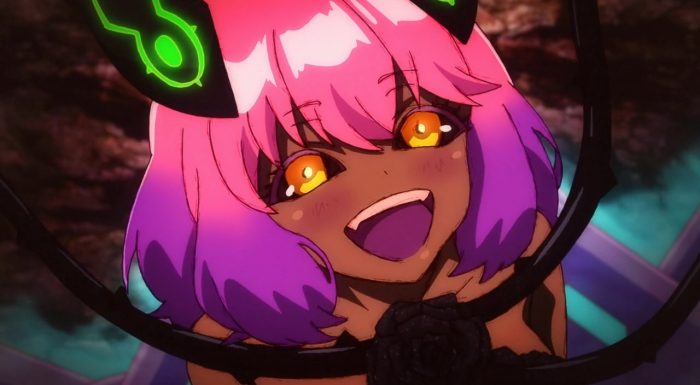 This was definitely one of the stronger episodes for me. Just seeing Rokuro and Benio stand together and accomplish something that mattered so much to them. This was one time they couldn’t allow themselves to fail and they didn’t. Managing to save Mayura and avoid further bloodshed. It would have been the ultimate failure and heartbreaking situation to have required Seigen to kill his own daughter. The show also does a great job at showing that while their victory here was spectacular…it also comes with painful realizations. How many others could have possibly been saved? Rationally speaking, not many. The amount of spell power needed to use that technique probably wasn’t available to Benio and Rokuro at that point even if they had met earlier. Some lives just couldn’t be saved. 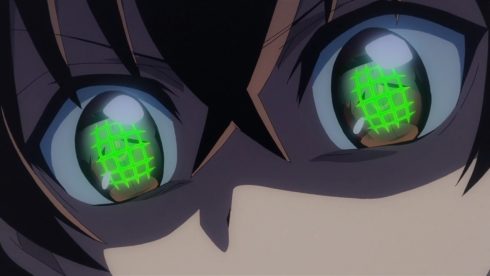 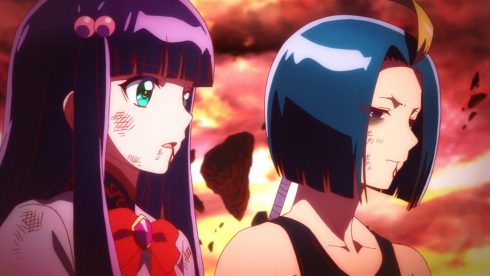 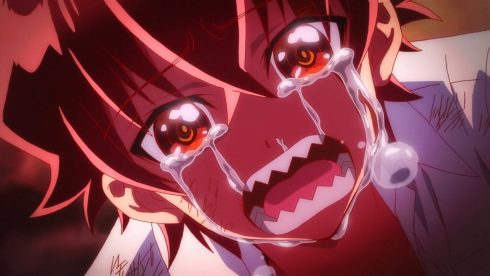 Have to hope Rokuro won’t spend too much time beating himself up after this incident. Saving Mayura felt very much like a lucky break. Her ‘voice’ was getting weaker as time went on, after a while it probably would have been impossible to save her. Unfortunately by the time they found Fushihara….it was probably too late. I guess the hardest thing for them is that you can’t say it was definitely too late. There’s no way to tell. Though I’ll just presume that in this case. The important thing is focusing on what they were able to protect and not so much what they couldn’t. As much as they couldn’t save those people, the problem is that Yuto turned them into monsters that had to be stopped. The only one that should be feeling any remorse is that guy.

Yuto sure has some nerve though. There’s no way he accidentally or coincidentally targeted Mayura. Whether this was a strike against Seigen or against Rokuro I don’t know. But you know he was there waiting to see events unfold. No way would someone like that miss the chance to see the pain he could inflict on others. All the more good that they managed to save Mayura in this case. He doesn’t get that kind of win. Though he still manages to piss off everyone there. Targeting someone cared for by this whole group. I don’t think anyone would hesitate to crush Yuto into the dirt for what he did here. 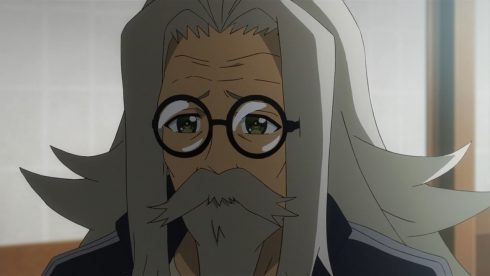 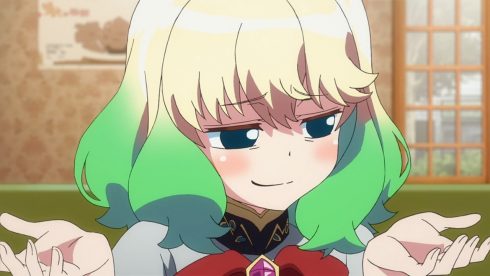 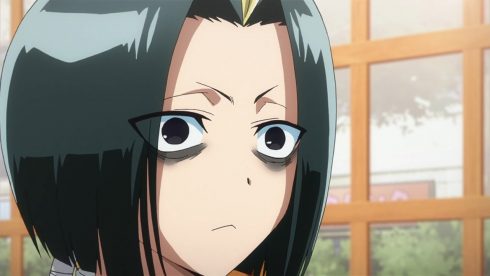 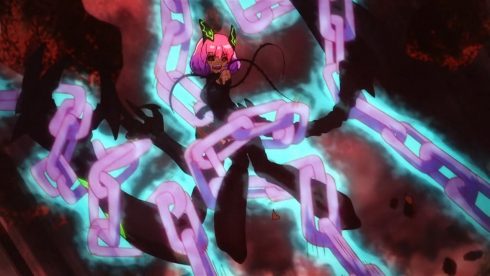 I will say this episode let me understand Seigen a bit and respect his character more. The guy has a lot of personality flaws….but he’s not a bad person. More a sense of guilt driving him to clean up the messes left by Yuto and carry the burdens of ending those lives instead of those like Rokuro and Benio. No reason to inflict them with the agony of ending lives that used to be human. Can’t imagine what was going through his head when he was left having to face the reality of killing his daughter. I do think what Mayura was turned into was an exceedingly powerful Kegare, but I also don’t doubt she did that much damage because Seigen was hesitating. He can put up a good front, but it’s impossible for him to not be impacted by what he had to do there.

The chat between him and Mayura was amusing as well. If there is anyone that doesn’t get shaken up by Seigen it is Mayura. She has no problem messing with him and it shows how much he cares that he does look out for her. Can certainly see him as the type that did walk away from a happy family so to put them further away from the danger zone. Plus just amusing to see how she bounces from topic to topic and doesn’t really let him counter what she’s trying to say XD. 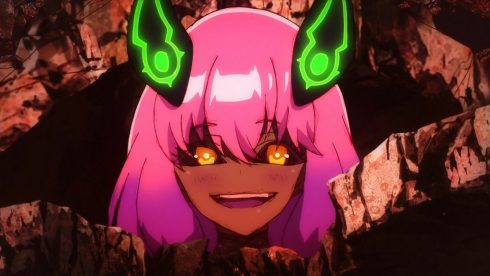 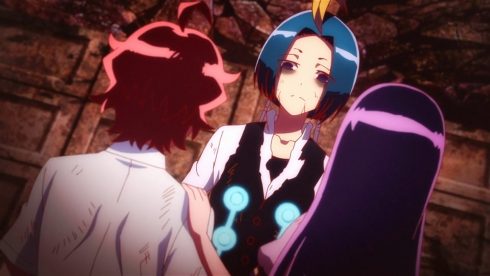 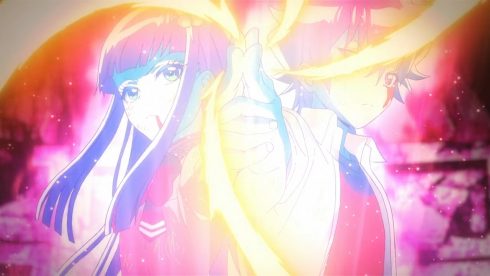 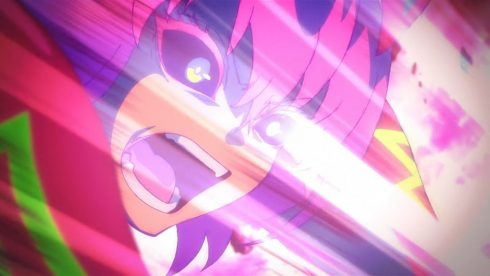 All the more reason I’m glad they did manage to save Mayura. I couldn’t imagine she was going to die there….but certainly it was a bad situation. I don’t know if it is because Yuto is getting closer to his goals or if Mayura herself is special because of her heritage. But the smaller scale and much more human kegare she became shows how dangerous that situation became. Much closer to Basara than anything we’ve seen Yuto come up with in the past. While it still seemed very crazed and kegare-like, you could get the feeling this was something different.

Through this we started to get more insight as to the potential of the Twin Stars. It’s not just a random title for the birth parents for a coming savior. They do seem to have their own abilities and potential. That resonance allowing them to not just amplify their attacks but tap into skills that others can’t. If they can learn more of the spell power heavy skills then maybe that can allow them to reach their potential. A great light show this week in terms of pulling off a top notch rescue. 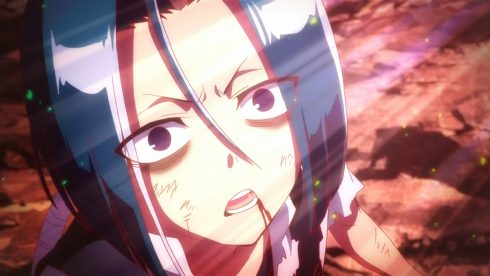 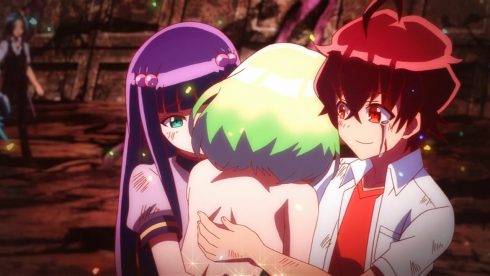 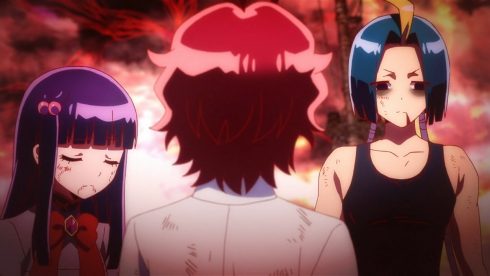 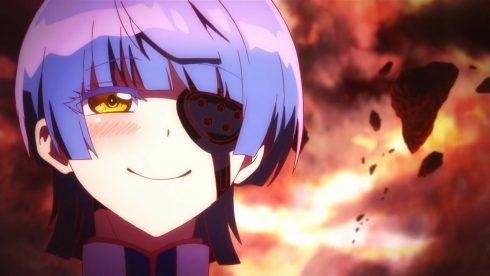 And of course it isn’t over yet. Yuto isn’t going to miss taking advantage of this situation. Although I think now everyone is going to want a piece of him. Though if he’s coming out despite knowing that….this situation could get interesting.

I was a bit delayed on getting to this episode. Was definitely glad to get to watch it when I had the chance though. Some great moments in this one.