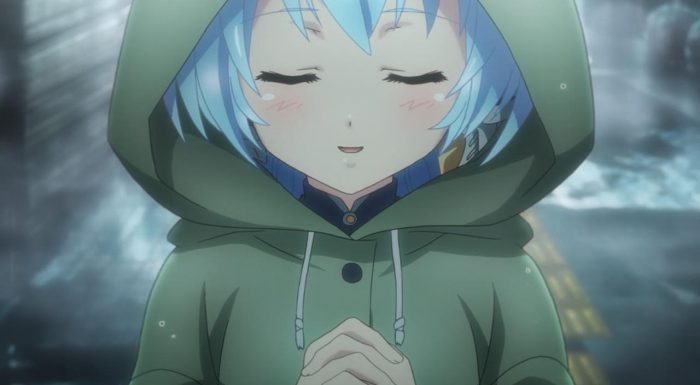 It has been quite difficult for me to articulate the effect this episode had on me. In some ways it reminded me very strongly of some of the feelings I often associate with the season of autumn – a feeling of richness bursting into great beauty even as it is in its last days and slowly falling to the ground either in the natural course of things thanks to the march of time or else due to a those strong, cooler winds that can occasionally gust at that time of year; winds which suddenly sever the autumn leaf from the treebranch before the time it would have fallen to the ground without such an element. 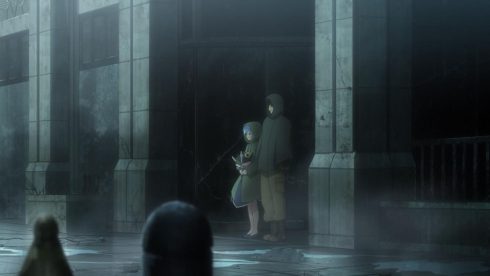 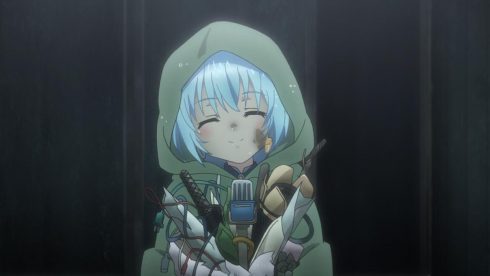 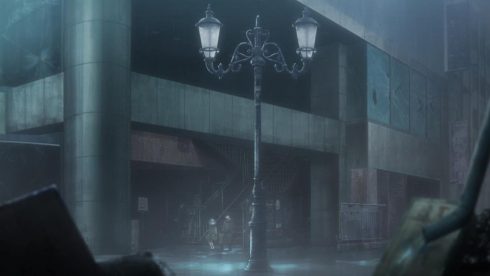 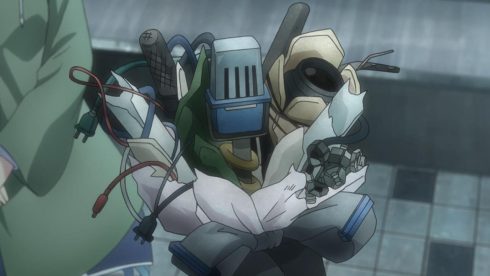 This episode reminded me of that feeling of richness and slowly evaluating what has passed, especially experienced through the eyes of the Junker. Yumemi is with him “out in his element”, in the reality he has had to become most familiar with. In some ways I feel that he (and perhaps some of the viewers) have thought of Yumemi as some kind of “relic of a bygone past” that was “raised in a greenhouse” and “has nothing to do with my everyday life” and at best is “a lovely museum piece”. But this episode suddenly has her stepping into “his world” and interacting with it, and it is very interesting to see his reactions as the episode goes on. 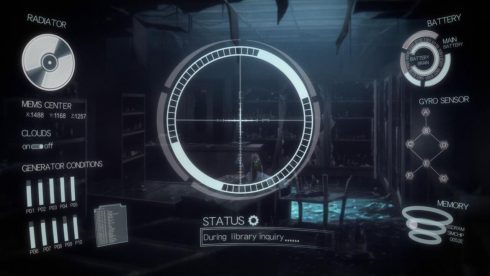 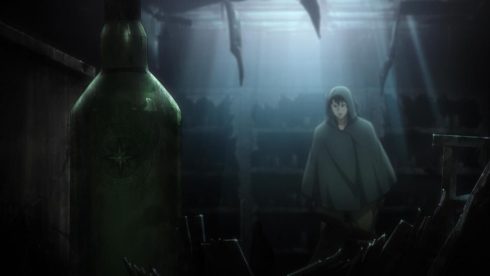 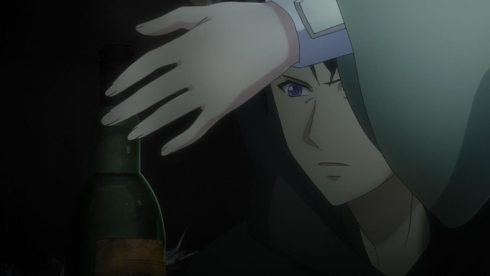 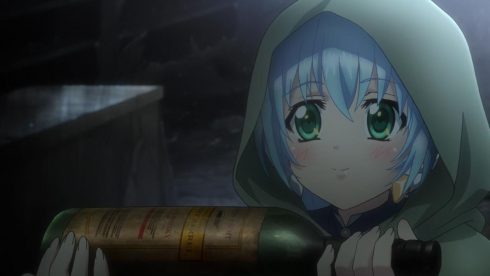 The long and the short of it is that Yumemi has become far more dear to the Junker than he initially expected, and the more time they spend together the more she grows on him and “gets under his skin”. The scene where they come upon the abandoned liquor store was quite telling – his training and his life experiences have cultivated a hardened, cautious (with some reason!) and even hard boiled default set of reacting to what he encounters in life … perhaps a mode of seeing things where they are not, and largely out of fear. But for Yumemi her programming makes her respond with what reminds us (and perhaps the Junker) of a sort of childlike simplicity and positivity towards what she encounters. 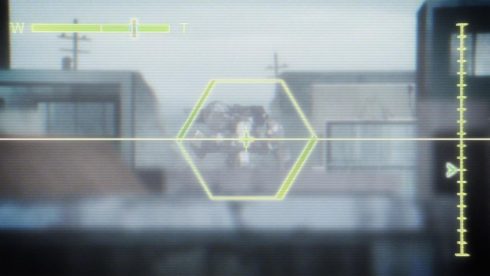 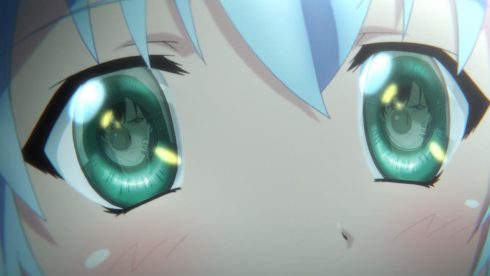 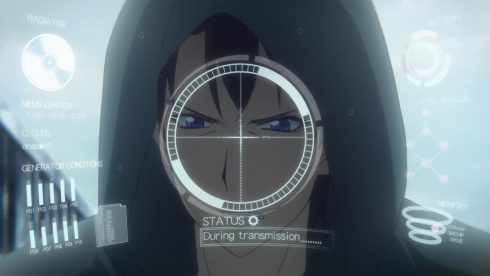 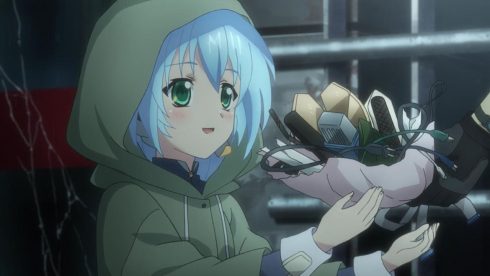 All the while the Junker finds himself wanting to not only protect Yumemi, but especially to “make her happy” … the moment when she reveals what her prayer to the God of robots was is positively heart-breaking to the Junker (and to some of the viewers no doubt). “Please do not divide the heavens.” – that is, let heaven be a place where robots and humans can be together so that we (the robots) can also be eternally happy in serving humans. As they get toward the “border” the Junker again finds himself wanting to “make Yumemi happy” – to bring Yumemi with him out into his world, set up a charging station for her and give her a small Planetarium so that they can travel from place to place and she can give her talks to others. 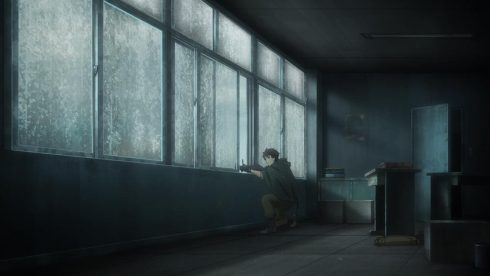 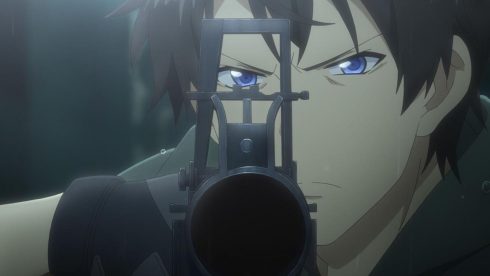 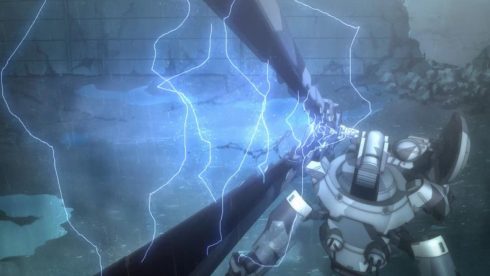 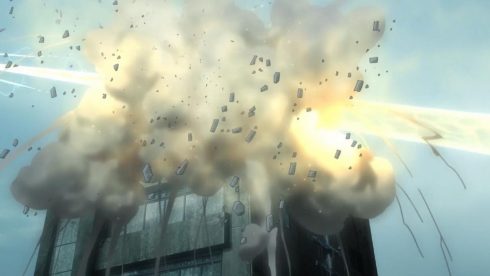 When he even implores her to come with her beyond the border it proves to be an action she admits she does not have enough data to be able to decide upon. Unfortunately for the two of them find the border guarded by a larger battle robot (a “fiddler crab mech”, was it called?) and they need to get by it before anything else happens or can be decided upon. The Junker sets himself up to snipe the robot from a distance with a grenade launcher of sorts, but unfortunately his grenade turns out to be a dud, does not explode and only serves to alert the robot to the presence of a threat somewhere in the top of the building. The episode closes with a bit of a cliffhanger with the robot firing at the top of the building and the latter exploding … and the fate of the Junker and Yumemi as yet unknown.

I can’t shake the feeling that there was more thought provoking content in the episode that I was able to take in, but then I also have the feeling that the series as a whole has a lot more content as well beneath its surface. In either case I am very much looking forward to next week’s episode that will wrap this part of the adaptation up (with a “full conclusion” of sorts being provided by the movie airing in the theatres later this year). See you all next week!