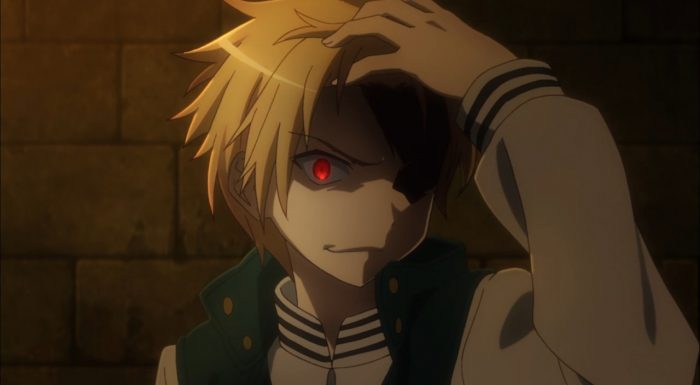 So we got into a few fights with this episode and now have a very good grasp of just how darn powerful these opponents are. Getting Miyu back from these people is not going to be an easy task in the slightest. They have some of the most powerful cards you could think of in their possession. This wasn’t the worst position to pick a fight from with Gil able to hold off his counterpart, but there is no telling how much additional firepower these people could bring out. Even Gilgamesh was running into a few snags near the end of his conflict. Sometimes it is just better to regroup and figure out what they can do here. 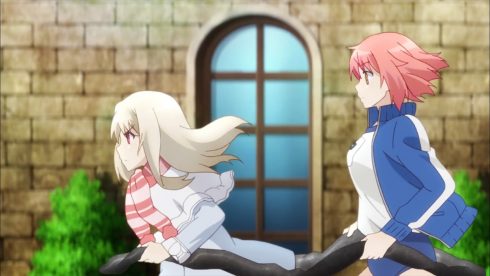 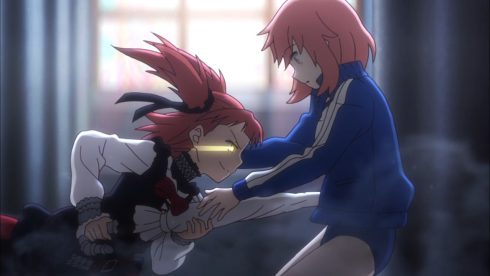 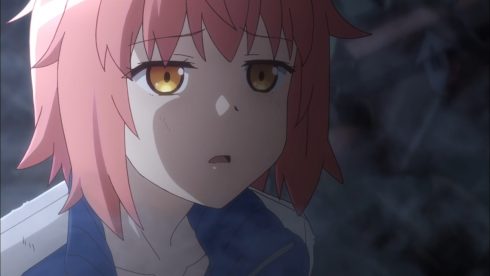 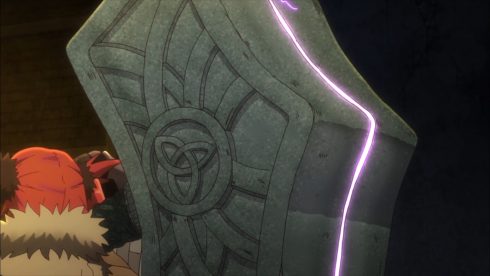 It wasn’t the worst result possible. Gil got some of his assets back and Illya found Ruby. That in itself is a big gain for the good guys here. Now Illya can also make use of the cards and somewhat fill the hole being left by Miyu. She couldn’t win the fight, but when you consider the cards being used by both sides that is probably expected. Heroic spirits aren’t all equal. It was a pretty nice move made by Illya there, but Caster isn’t necessarily one of the heaviest hitters out there. Won’t spoil any heroic identities until the series confirms them, but can talk about the obvious ones here. A spell caster won’t necessarily have an easy time against the card Beatrice was using.

For anyone who has been watching movies, reading comics, or knows a bit of history….that card should be obvious. She’s wielding the hammer Mjölnir. I’m just going to presume common knowledge on this one and say she’s using the card for Thor. No matter what mage Illya installed it’s going to be tough to go against the Norse God of Thunder and have an easy time of it. In a sense it is just bizarre that Tanaka was able to survive an attack like that. Illya even in that installed state probably would have died instantly from that kind of power. Both speaks to the powers of their enemies and the mysterious nature of Tanaka. Regardless, they have it pretty rough there. These people literally have the card for a god on their side? Talk about uneven odds here. 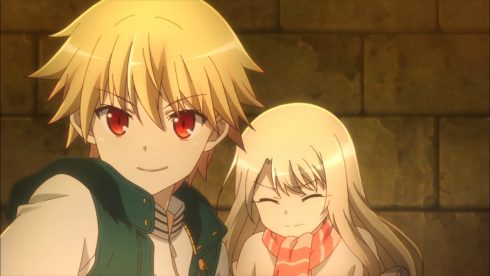 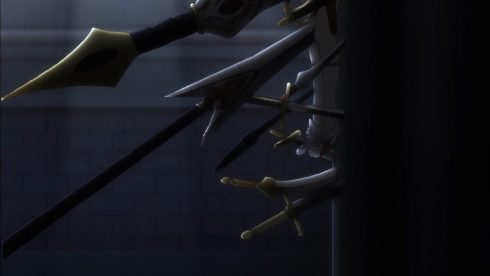 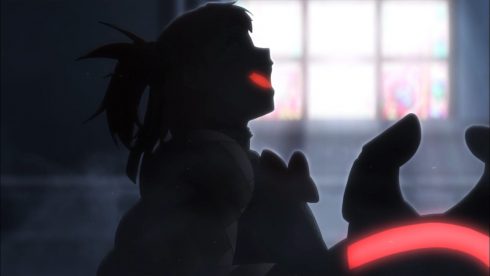 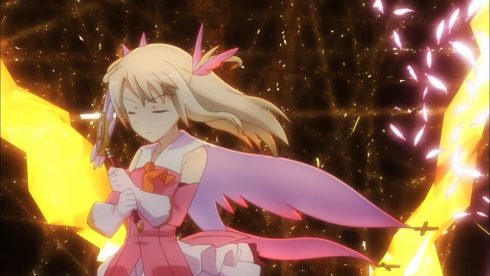 The real question is what the heck Tanaka truly is. It’s just utterly impossible for her to merely suffer pain from what Beatrice did to her before and then taking that hit for Illya afterwards. Her durability is beyond even a heroic spirit. Of course without memories she can hardly say what she truly is. But it sure is lucky that Illya managed to befriend her. It’s darn cruel to say, but she’s one heck of a shield. Though I don’t think Illya would approve using her friend in that fashion since she most definitely still suffers. Be nice if they can figure out what is up with her and maybe use that to their advantage.

It really was a great thing to find Ruby there. I’d guess when Ruby was brought over she was drawn in towards that pile of mystic codes and legendary items? Sure, it definitely pulls from beyond believability that Illya would happen to grab the right item, but can say there is a bit of fate at work there. She and Ruby are drawn together and she definitely needed that help. It took her from being completely helpless to just mostly helpless XD. Illya never really had to install the cards before. Miyu could do that or the opponent wasn’t so far beyond her that she absolutely had to try for it. With others around it wasn’t entirely about her. But against this one? There was no one else to turn to. She had to rely on the sensations she had from when Kuro did it and just make it work. Might not have won the day, but it was a pretty nice effort by Illya. 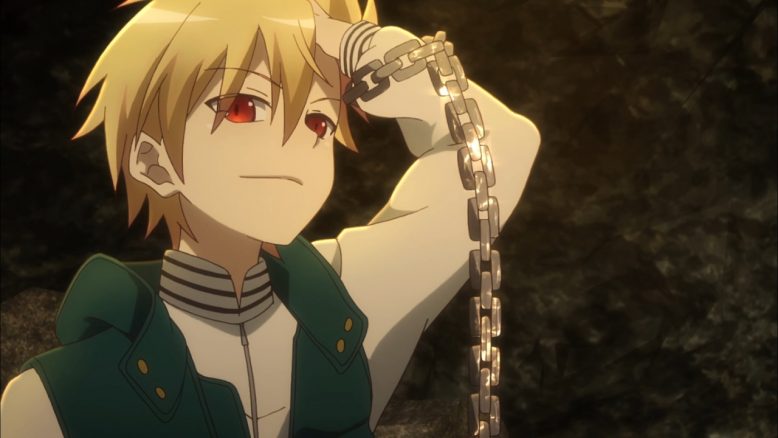 What a magnificently cocky piece of work

Though I’d say the best showing went to Gil this week. He really held his own and frankly was pushing Angelica into a corner. She has the overwhelming majority of Gil’s treasury, but that almost doesn’t matter. Any time she attacks he can quickly regain some of his weapons. The biggest mistake she made was using those chains against Gilgamesh. Again referring to those chains as his friend and really there is only one person that could be referring to. Gilgamesh’s legendary friend Enkidu. Once Angelica basically handed that chain back to Gil it turned the tables on their fight. It gave him a weapon he could attack with that frankly Angelica could not steal back into her gate. While Gil could basically reach into Angelica’s gate to take back more of his weapons. That chain recognizes Gil as the real one and not the impersonator that Angelica basically is. She can’t take that back.

The best part though was just the cockiness of Gil. Angelica really did look like a sad impersonator in that sense. Trying to live up to the arrogance of Gilgamesh, but really not having the emotions behind it. Makes you also wonder just what she and Beatrice are. It was getting pretty fun when he was taking over that fight. It was going well until she started to fight more as an Ainsworth rather than as Gilgamesh. Making it harder for Gil to really go on the offensive. There was no choice but to retreat with Illya banged up, Tanaka down, and with both Beatrice and Angelica together. That’d be too dangerous even for Gil to deal with. 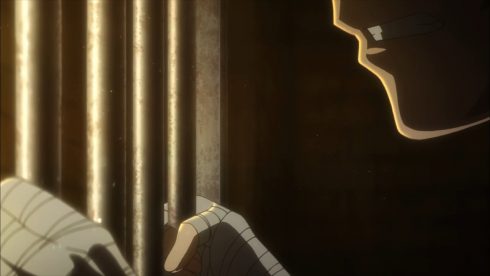 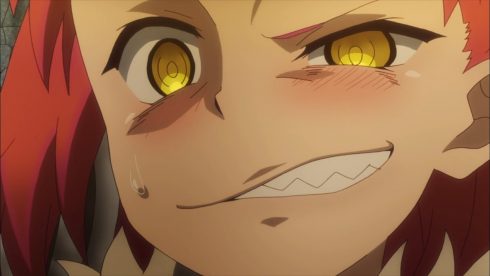 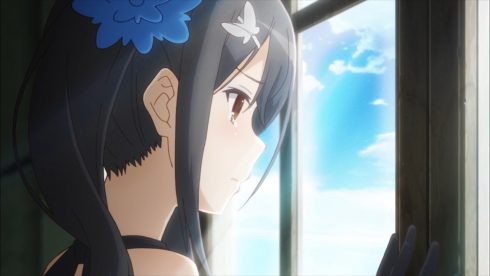 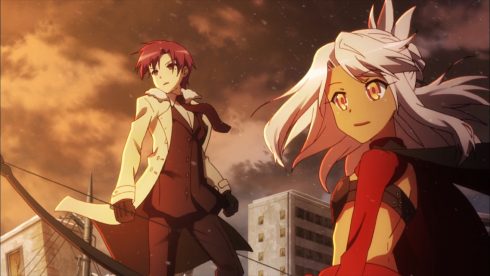 A big save at the end by Kuro there. Seems like neither Angelica nor Beatrice are a big fan of that Archer card. Recognizing that sniping in an instant. They were all saved in the end by the move by Darius to stop the fighting, but even that wouldn’t have made it in time if Kuro hadn’t jumped into the action. A well timed strike to impede that big and over the top attack by Beatrice. Is good to see Kuro again after a couple episodes. Hopefully with her and Bazette showing up they might at least have enough firepower to start planning their next move. Just Illya, Gil and Tanaka wasn’t nearly enough to overcome this situation. Too bad they had to leave Miyu’s brother behind as well, but there wasn’t much choice.

Overall I thought this was another good episode. As someone who read the manga I could spot a few lines that were cut, but the overall content is still well in place. They are moving pretty quickly, but I still think we got a lot to enjoy in this action packed episode. A lot of Gilgamesh action, Illya getting to use the Caster card, and even meeting up with Kuro again. The preview sets up for an interesting bit of conflict as well there. I’m still so hyped for where this is going to go. 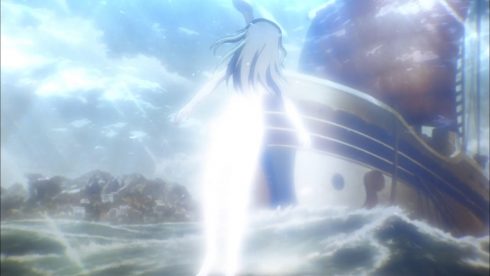 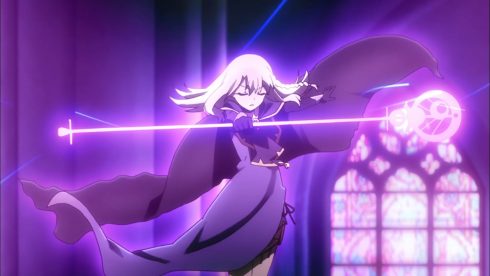 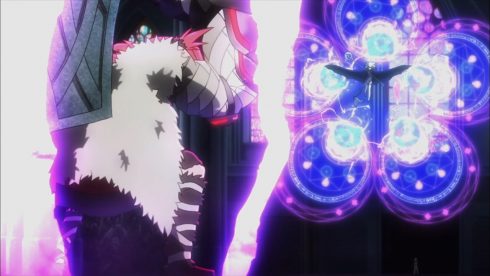 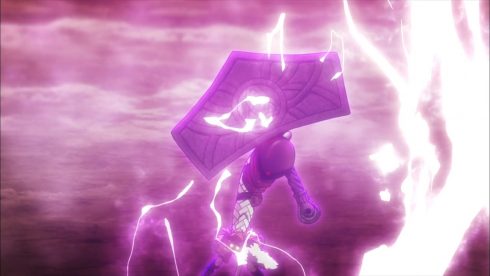 Another week and another manga comparison section. Again, feel free to skip past it and head to the comments XD.

There was a couple noteworthy things and name drops that we missed. I suppose the fight was too packed to really slow down for it, but installing the card did show Illya being filled with an understanding of whose power she was using. There’s no telling if they’ll go back to comment on this later so I’ll leave it in this manga section since the anime did cover this chapter. Should be obvious to fans of the Fate series as a whole, but we got to see Illya use Medea’s power to their fullest in this one. Of course Medea being from ancient Greek legends could hardly stand up to the power of Thor. So it isn’t a shock that she ended up losing that power battle. 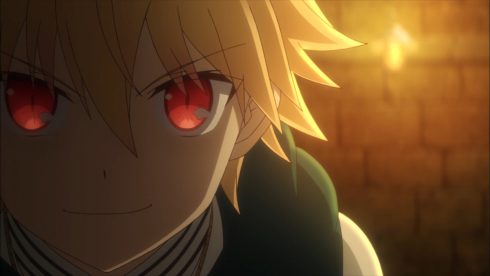 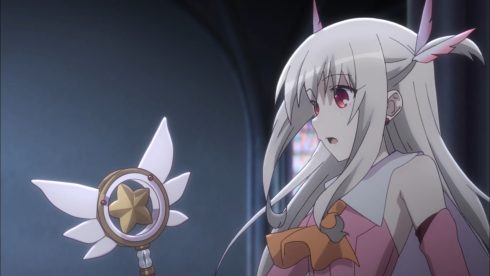 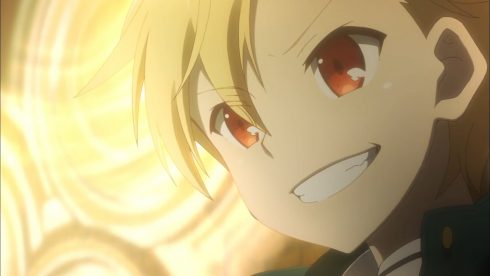 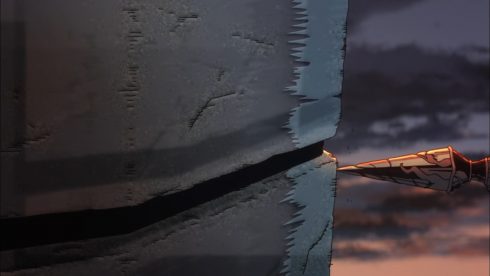 We also cut out a bit of the pre-fight banter between Gil and Angelica. Though it was mostly just a bit of back and forth arrogance. Angelica being all cocky, and Gil complaining about how badly she’s imitating him XD. Then Illya just steps between them to ask about Miyu XD.

Also cut out a bit of a setup line that was going on through the covered chapters. Illya complaining that normally she could just fly up to get Miyu, Tanaka saying people can’t fly, etc, etc. All leading up basically to when Illya finds Ruby and says “people can fly.” In the end her finding Ruby and standing up works out fine so it’s not a huge loss. I just somewhat wish that they could have given this season a lot more episodes so they wouldn’t have to cut out even the minor things.