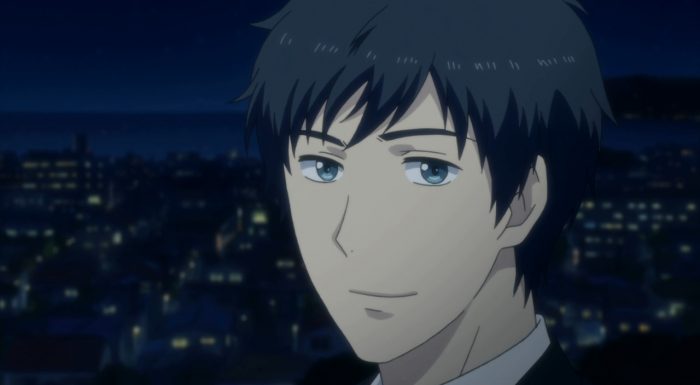 This was a tough episode in a lot of ways, but also one that ended with some hope. We finally got the full picture of what happened to Kaizaki during his time at that company and how things turned out. Of course we had the general picture, but it was harder seeing the specifics. It was harsh seeing that life really did throw Kaizaki and his senpai some really stern shots and that things unfolded like that. It does make you both believe in people and give up on them when you see the whole picture here. It’s hard not to give up on people when you can believe that people like those coworkers and that boss exist. Utter pieces of garbage that the world would be better off without. But, that you can see people like Kaizaki and those that came to that company after him and realize there are still good people out there. The world just can be a cruel place to the good in society. 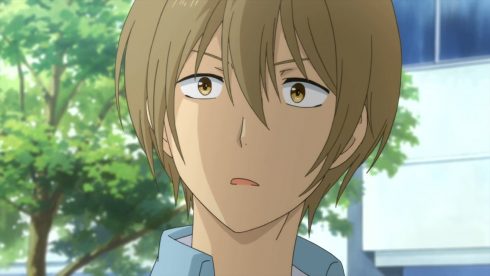 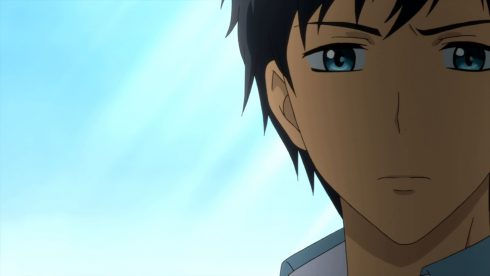 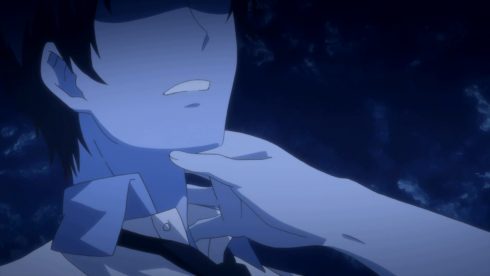 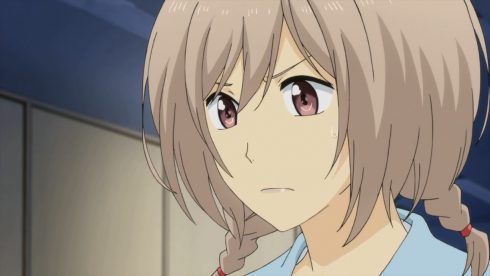 This was a more sombre episode, but a good one. It doesn’t quite romanticize what Kaizaki did at that company, but still tries to be a bit optimistic. I think Kaizaki was in a no win scenario there. His actions might have spiked the retaliation against Saiki, but honestly I think it would have gotten to that point anyways. She was definitely on the ropes and the harassment was getting to the point where they were actively messing with her actual job to get at her. Those sick pieces of work were having fun seeing how far they could push it and I’m sure would have escalated in time. After her death it really was a no win scenario. Kaizaki technically could have stayed in that company for long enough that leaving wouldn’t have been a black mark. But frankly would he have actually survived? Ignoring that his mental state might have shattered in time on its own, the harassment could have easily transferred to him as the one who was defending her.

In the end Kaizaki took the other route which was also a decision with negative consequences, but one he may be able to live with. In the end Arata couldn’t take it anymore. Couldn’t take someone he looked up to dying and the people who drove her there cheerful about it. Even the company using her death as a “go team” business was just downright creepy. Maybe Kaizaki did make the choice that would lead to harm for him, maybe he did put himself in a bad position. Things could have ended very poorly for him and the horrible people all still have their jobs and continuing to be scumbags. But, I can’t disagree with his choice. In the end people have to be able to live with themselves. Honestly staying with that company for Kaizaki is on the level of continuing to work for a place that employs child labor or frankly any business practice that an individual can’t stand. 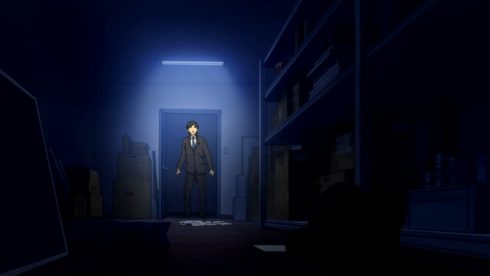 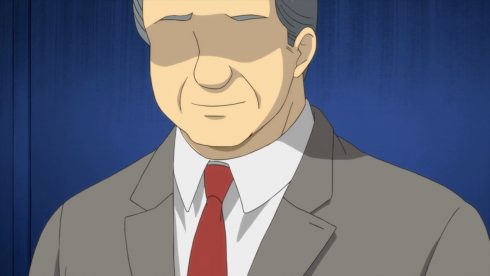 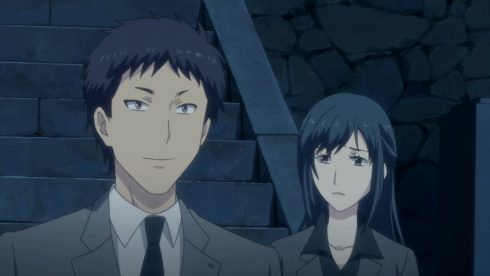 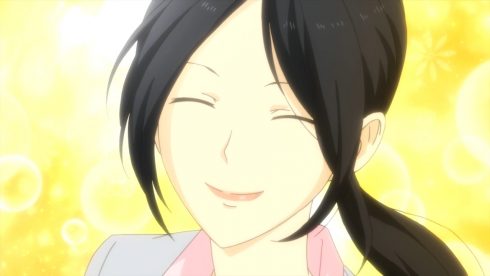 In the end the sad fact is that company will continue on and no one will suffer the consequences of what happened to Saiki. She made her choice to end her life to be sure, but there should be a shared sense of guilt that goes beyond Kaizaki himself. It’s a shame that there isn’t and I feel for the people who get their first job with this company and are also trapped in that terrible situation. Leave the company and risk never getting their life back on track? Or stay and either get worn down by working in such a horrible environment? Either way it’s a pretty terrible position. I can believe that people treat Kaizaki like a kind of hero. Someone who stood up for what he believed in even at his loss. Reality isn’t so pretty, but he is an existence that gives those people hope. A reminder that if they absolutely can’t stand working there and are prepared for the consequences that they do have the option of leaving.

It was a good thing for Arata though to meet those two. A chance for him to realize that while his path had a lot of dark moments it wasn’t all regrets. That the wishes of good people still reached other good people who were still struggling and trying to find their way. Though it’s hard to tell what will happen to those two down the road. Whether they can survive in that company or whether they will take their chances and leave. But, I suppose it is more for the sake of Arata than those two. He just needed a bit of hope for the future. A chance to believe that just giving up wasn’t the only or best option that he could have taken. And really for someone who was so traumatized that pressure at his neck still leaves him extremely uncomfortable….I think hope is something he deserves to have. 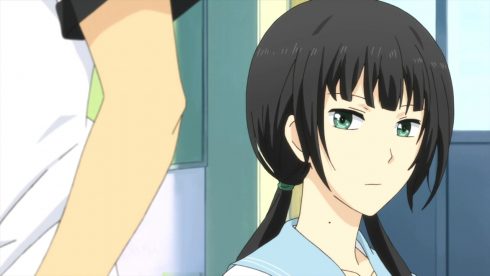 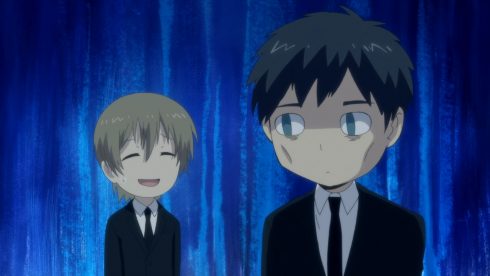 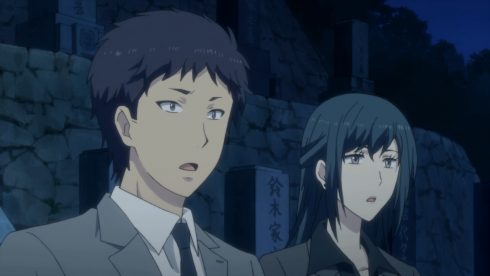 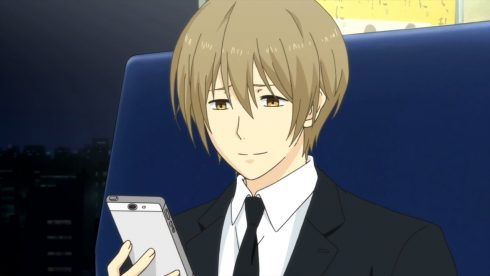 Credit as well to Yoake. He has his issues, but he did a lot of good here and it shows his quality. Sure, you can say it is his job and in his best interest to make this ReLife succeed. But, I still think that he did it because he does care about people. He went above and beyond what someone like An would have expected and was prepared for the chance that this meeting between Arata and the new employees would create. Of course I agree that his thanks was important. Arata in a sense has really saved Yoake as well. He has shown him that his methods aren’t entirely wrong and that the ReLife program can work. He’s gone around interacting with people that Yoake has watched from a distance in the past few years. And he has helped some of those people move forward. It’s been a good Relife for Yoake as well in a sense.

In the end this was a kind of down episode, but a good one. It showed how hard it is to do the right thing and how sometimes that doesn’t make you happy. But, it still gives some hope that you will find happiness if you don’t give up on the positive traits that define you.