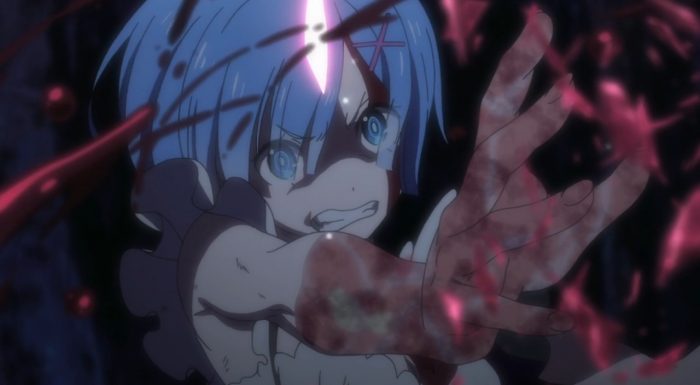 This is yet another week where I am kind of dumbfounded on talking about this. Another completely outstanding episode from Re:Zero. It is going to be a serious challenge for the rest of the anime of the year to match up with this thing. It has been that darn good. This is an episode that is somewhat tough to talk about because there was so much going on and it was such an emotionally charged episode. This isn’t the first time that Subaru has died twice inRe:ZeroRe:Zero an episode, but this is definitely the most devastating episode. The deaths themselves were actually quick and painless. So you can’t argue that they are making Subaru suffer through his deaths. But it is the events surrounding them that really make episodes like this one so darn good, but tough. This isn’t an episode that is easy to go back through after getting through it once already. 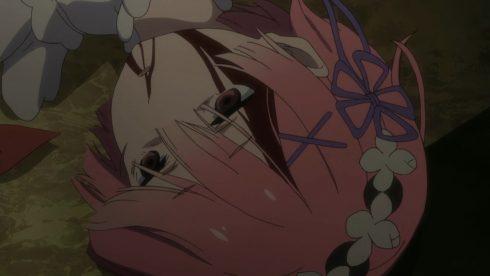 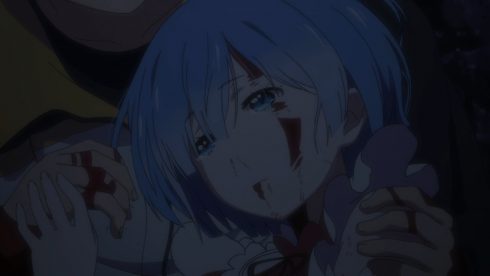 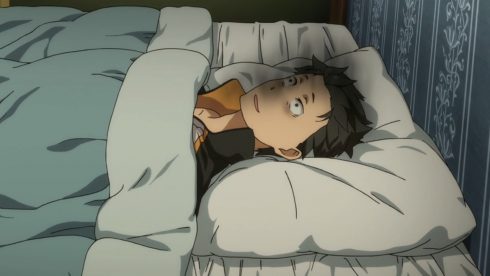 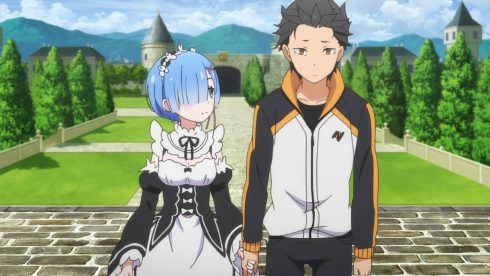 I will give the show credit for continually surprising me. I had just presumed that Subaru had utterly shut down after what happened. When you add all that he’s gone through it’s pretty believable that he would hit his limit. Although I suppose he can’t really break that far since if he goes to the point where he can’t come back from then he’ll just be in a long cycle of sitting around doing nothing. Rather Subaru just hit the point where he wanted to stop for a while. Just act crazy and maybe get some sympathy along the way. After seeing everyone dead like that, I’m not surprised. Certainly he had intended to use his ability to fix things, but I don’t think he ever wanted others to get hurt for that to happen. Seeing everyone dead like that would freak anyone out.

Seems like Roswaal pulled the kids to the mansion when things got bad in an effort to protect them, but it wasn’t enough. It’s just scary that they were too much for Roswaal, Rem, Emilia, and Beatrice to handle. Although we didn’t actually see Roswaal, Beatrice, or Emilia so it’s hard to say what happened to them. Both Beatrice and Roswaal are so powerful that it’s hard to believe all this happened. With Emilia it seems like she used the final ace she talked about during the Elsa event. A powerful freeze that will kill anything that comes near. It unfortunately can’t tell friend from foe and Subaru got killed as well by it. I guess his sneakers avoided him instantly being killed and it wasn’t until he touched the door that he was taken down. I’m kind of glad for the time rewind in that case since Emilia herself would likely snap seeing Subaru dead there along with everyone else. 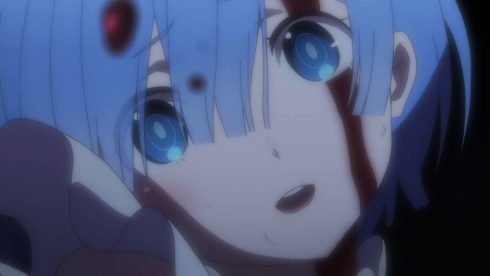 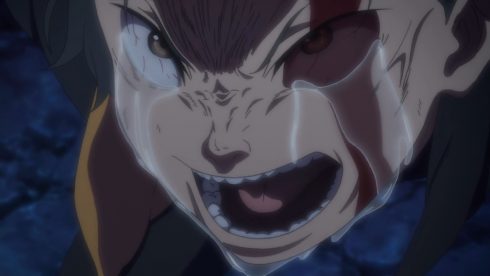 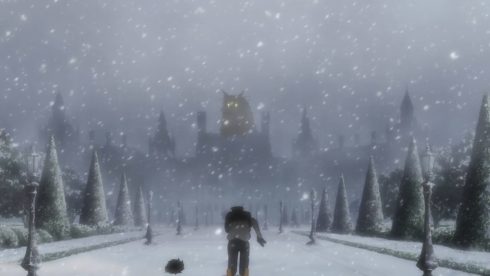 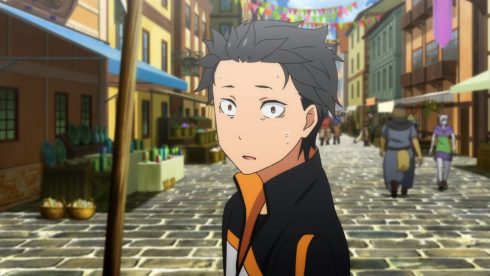 The other surprise was how utterly awesome Rem was here. It seemed like she really was dead, but somehow….she kept on going. She didn’t stop, not until Subaru was freed and could get away. Rem literally put everything she had into that….pretty darn awesome. I was shocked to see her still moving. There is no saying how utterly blessed Subaru is to have someone like Rem who cares that much. Subaru gave her a reason to keep going and really is the place she decided to die. She just moved until she could get close enough to help Subaru be free. How do you describe such selfless dedication and effort? It’s pretty incredible.

Of course Subaru didn’t live past that point, but there was no way he could. Not with Rem, Ram and everyone else dead. What it did mean though was we got to see that kind of shocking credit sequence. Subaru just killed in an instant and the episode just lingering there. With the dead MC, Rem, and a bloody credits scene. You have to give them credit…they have gone full out to make this show have impact. I have little idea what is up with how that all happened. Was that some kind of berserk/monster form of Puck? It was a giant, furry creature, and certainly Puck has been called a great spirit. So I do think he could possibly have that kind of form if he just snapped because something happened to Emilia. Regardless it was the kind of moment that just leaves you dumbfounded. Just watching that I had to sit and be a bit shocked. Luckily, we didn’t just leave off there and there was setup for moving ahead. 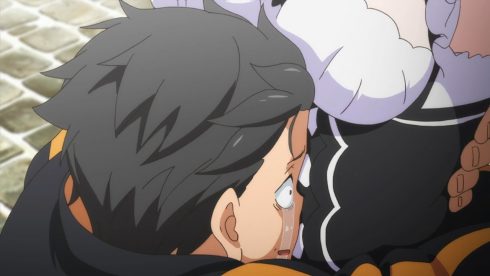 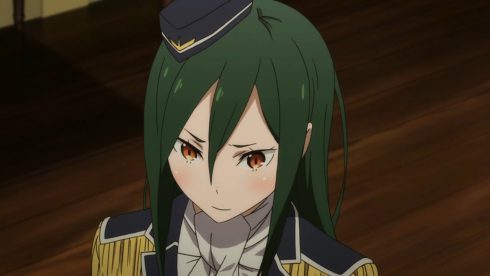 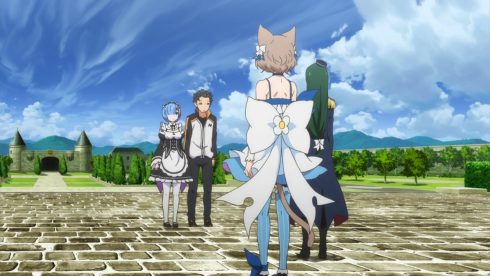 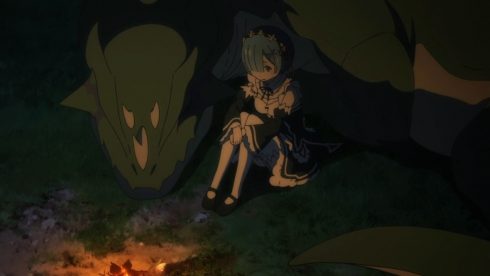 The question is how Subaru will tackle this. He’s moved on from pretending to be crazy, but he is beyond incensed right now. Just utterly furious. I doubt he’ll be happy unless he can rip Betelgeuse’s head off with his bare hands. It is good to be motivated, but I’m worried that just being blindly angry isn’t going to help them survive this time either. As utterly glorious as Rem’s desperate rescue was, she was charging in blind and it left her open to get hurt and killed. Whether Subaru can challenge this anger appropriately is the question.

He can’t solve this by himself and rushing back there isn’t the answer. The issue is that they have little time. The save point is around that time where Subaru talked to the appa salesman about the candidates when he was shopping with Rem. That means the attack will hit the mansion in a day or two. I don’t know if there is enough time even if they leave right now. But just leaving right away won’t solve this. Rem and Subaru aren’t nearly enough. They need more help, the question is whether they can secure it. Honestly speaking they need Crusch’s total support in this. They need her, they need Felis, they need Wilhelm, and anyone they can get. I’d grab Reinhard as well if he’s got some free time. Seems like the best choice is to gather some heavy hitters, take the dangerous but fast way back, deal with that danger, and get there in time to fight off the cult. But, a hard task to get all that help. 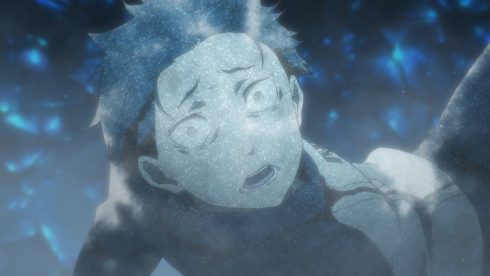 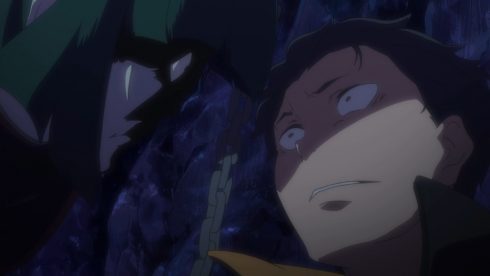 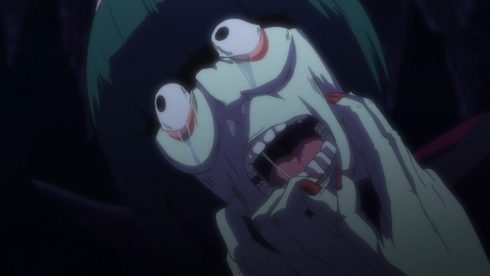 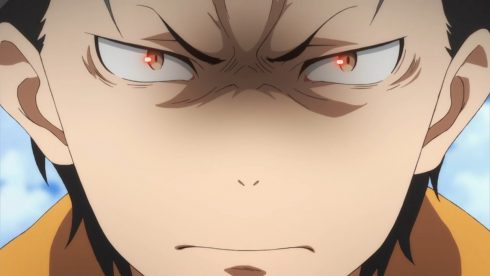 Honestly, I’m with Subaru that even typing out Betelgeuse has me pissed. What a horrifying piece of work that man is. This show sure knows how to make their villains utterly terrifying existences and this guy is no exception. He’s powerful and as equally insane as he is strong. But it is the kind of madness that leaves you unable to underestimate him. He was able to see through Subaru’s mindset and false madness. I’m not surprised the attacks have gone off well if someone this utterly dangerous is running the show. Able to completely shut down Rem’s furious assault and deliver fatal injuries to her. Rem may have her limits, but brute strength isn’t an area she is lacking in. It took an effort beyond belief for her to survive long enough to help Subaru. I’m scared of the next encounter with this guy. Subaru is pissed, but he isn’t at any level where he could do real harm to this guy.

But it is clear what Betelgeuse is capable of. He’ll let his allies be killed and beat them up himself if necessary and it matches his warped beliefs. There is also no hesitation to slaughtering villagers, children, or anyone in his path. All are fair game and if Subaru doesn’t have his head on straight then they won’t get through this. He has to recognize that he has a chance to influence events to the best result, rather than thinking it will all work out if he throws himself into it. There is very little he can do himself, but this rewinding power gives him the chance to help others save lives. 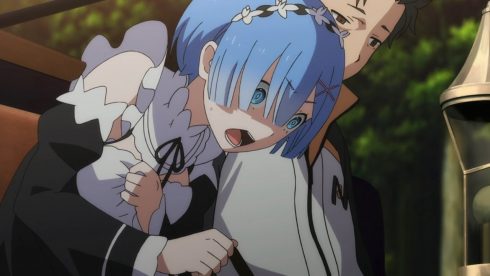 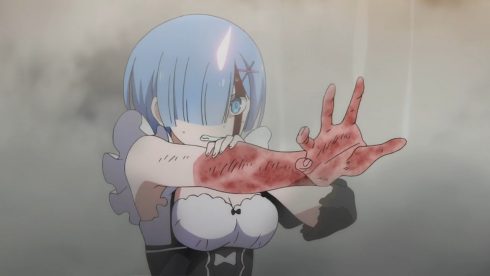 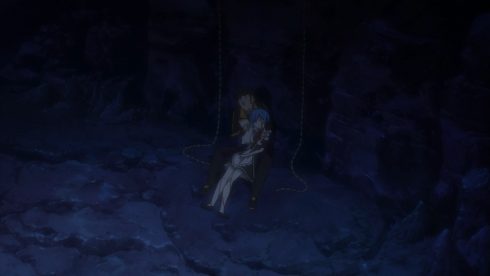 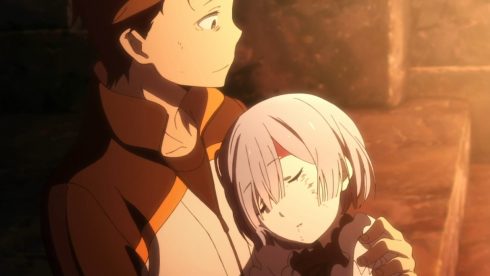 This situation is pretty insane. Rem’s efforts in the episode were pretty spectacular. She didn’t completely lose herself to rage and that berserk mode. She kept focused as much as she could on saving and protecting Subaru. It might have been reckless to just charge out after Subaru instead of trying to get help first, but I can’t blame her on that one. When you care about someone that much then you have to go all out. She could follow his scent and thus she went straight after him. For Rem, Subaru is that important. Her sister and Subaru are dual existences that matter beyond words. I do think Subaru’s efforts and words sunk in deeper than he could have imagined. He tried to get her to treat herself better and change her mindset. And the result is that she has fallen that hard and will do whatever it takes even if Subaru hits points where he is pathetic and stupid. It was truly spectacular to see how hard she tried. 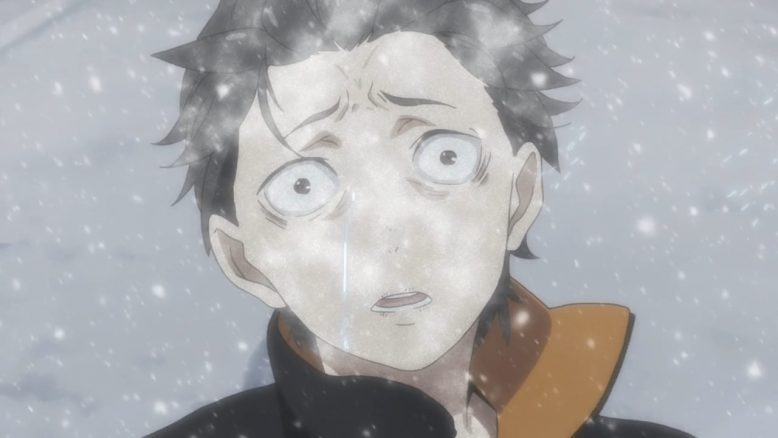 How some probably looked after this episode

This was a ride that is hard to put into words, but I managed to put them into a lot of words XD. This was another outstanding episode in a show that has had a number of outstanding episodes. I’m not a big person for when things are more horror focused or depressing, but I can’t deny how good this episode was. It had some big moments and showed how incredibly dangerous this world really is. I have no idea how Subaru is going to get through this and the state he’ll be in after. Best of luck as well to Rem who has to walk a tough road with Subaru. She may get a reset after Subaru dies, but that takes nothing away from the efforts she makes. Really deserves a bit of a break here.