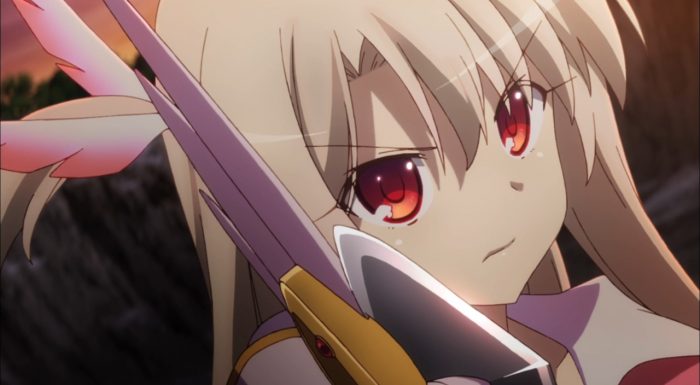 It has been a long wait, but 3rei has finally arrived! Been looking forward to the adaptation for this arc getting started for a long time. This is easily the best arc in the Illya storyline (though still ongoing) and honestly I’d put it up pretty well against any of the other Fate routes. We are going to get to some good moments here and the first episode is only a taste of what Illya is up against this time around. As much as the situations before were dangerous, this is a completely foreign territory for her. She’s up against monsters are extremely powerful and she doesn’t have the comfort of being able to go back home and her family after a single challenge. Instead she’s been pulled into Miyu’s world and as we can see….it isn’t looking very good. I can’t wait to see how things will turn out for this first part. 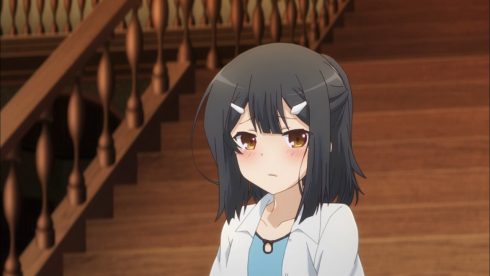 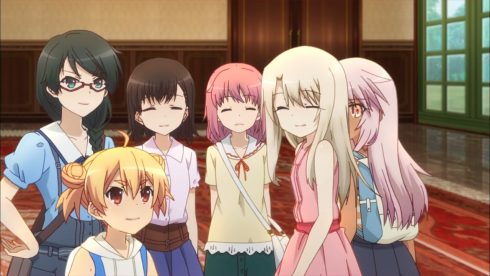 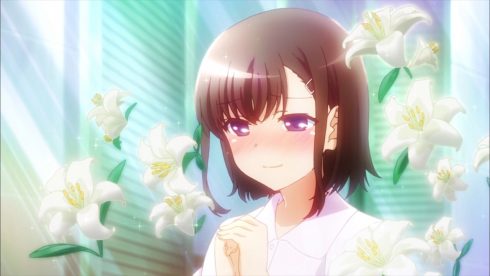 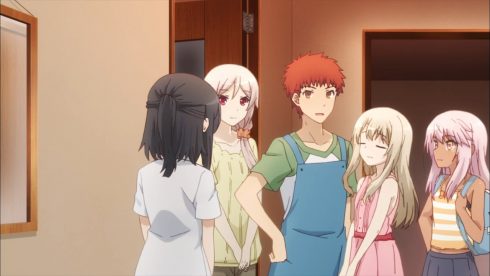 Things started off pretty nicely, but I think it was mostly so we could say farewell to Suzuka and company. They’ve been a great source of friendship for Illya and another thing she is currently without right now. I think it was important to start off here for the sake of Miyu’s character. We basically saw it with the ending for Herz, but it’s clear that Miyu’s definition of friends has branched out. Sure, Illya will remain priority #1 for Miyu, but she’s not the only person that matters. Kuro has burrowed her way in there and behind that is the rest of their friends. Recognizing that shows how much Miyu has changed from the stone-faced girl that we were introduced to in the first season. And we’re clearly about to see why she was so darn reserved to start off.

Can also see how the art style has shifted for this season. Shirou is the prime example really. Much less round faced or kind of pudgy and more slimed up. In a sense more like the Shirou we are used to seeing in the fate-verse.

Illya is just dropped into a situation so far beyond what she’s been through that it almost drags her back to season 1 vs Saber. Just that moment of everything being so much that you can’t process it. Illya has grown a lot over the course of 2 arcs, but she’s still just a kid. Getting dropped into a foreign world without your friends, allies, source of power, or family….it’s just tough. If she didn’t run into Tanaka then she really would have been lost without a shred of hope. Maybe if she goes back where she started then she could get back….maybe. Who knows? There’s no telling right now how stable the connection between these worlds are and frankly if there are only two worlds connected. Maybe the cast is spread out over all sorts of parallel worlds. 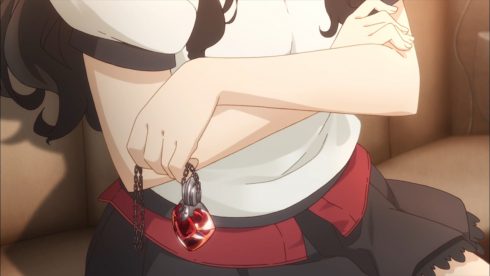 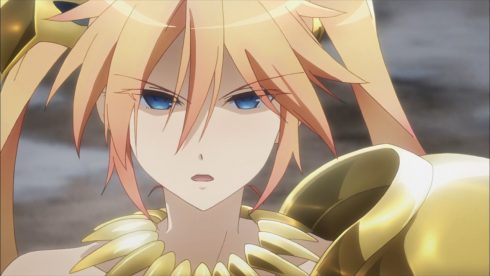 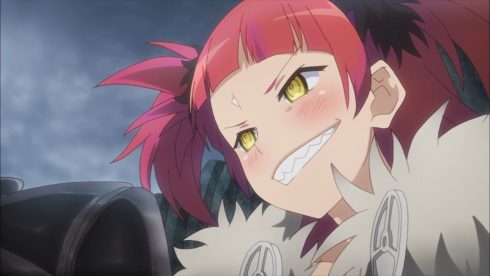 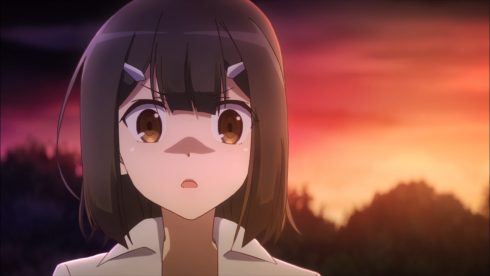 Regardless this episode hit hard and the first action scene made a bang. There was little time for mana transfer kisses or ship-teasing. Once they arrived at the crater it was all chaos. And really it shows why making the changes they did worked fine. Things still played out as you would expect. No one had any time to really react to this. Two very powerful beings, one clearly using the Gilgamesh card (no telling if little Gil is alive or not) and one clearly powered up in a different way. These are threats that without a second was able to install that card. Something really only Illya/Kuro could do and then Miyu after she saw how Illya did it. This isn’t exactly a common skill.

So the main cast had to fight off an Archer Install and a mysterious individual who isn’t exactly….sane. It’s no wonder they ended up in that bad state. Even Bazette couldn’t send that person flying with a solid punch. She’s basically their heavy hitter when you don’t consider other install cards. It’s not like Kuro could do a lot either here. Anyone familiar with the Fate-verse can imagine how Archer going up against Gil in a straight up fight would work out. This was a pretty bad situation and it is no wonder that the cast basically got stomped to the ground in a hurry. This was a fight they didn’t see coming and had little time to prepare for. 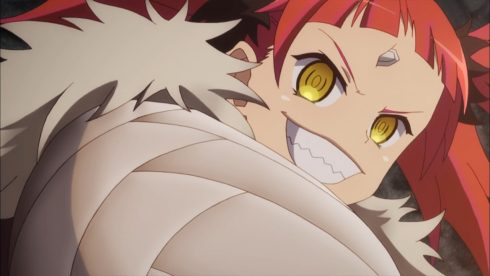 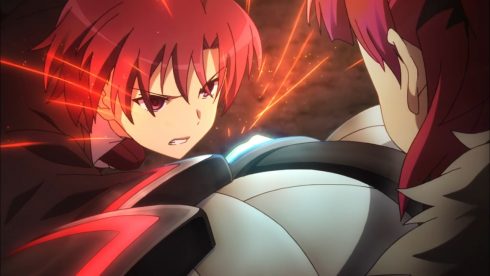 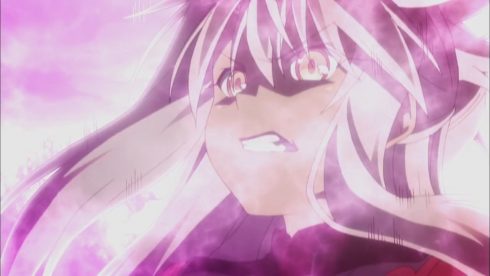 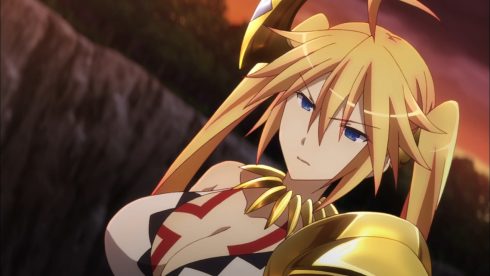 The only thing clear right now is that these people are after Miyu and got her. Of course the reason pretty well was spelled out last season. Miyu is a complete holy grail and escaped to this world. It’s no wonder that someone from that side would want to get their hands on her. What their goals are is another thing entirely, but it’s clear that they are an enemy. They just walked in, took Miyu and left. The only lucky break was that the woman using the Gil card didn’t want to push the issue and either kill the rest or take the cards. But clearly the cards are a target for them as well. This is a fight they can’t look away from. Miyu being taken makes basically everyone there ready to punch these people down and even if Bazette could rationalize it as not being her business….they have the Archer card. Technically her job requires getting those back. 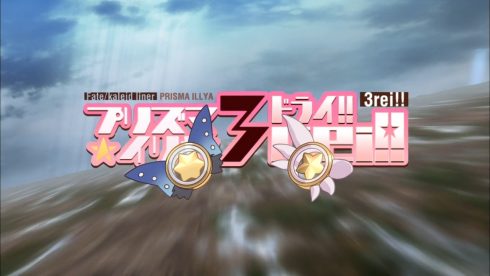 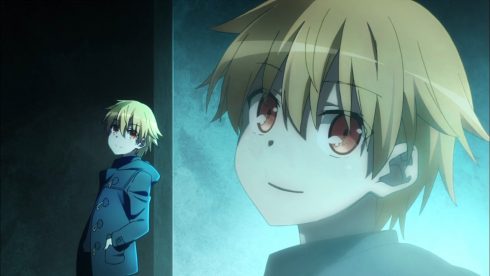 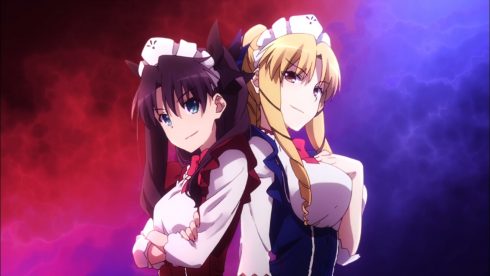 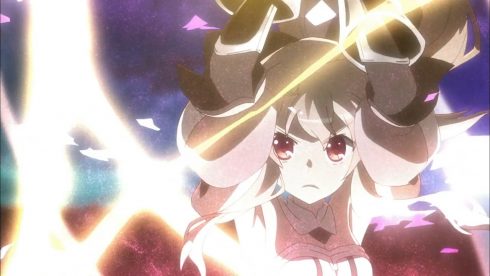 I don’t think the song quite has the same punch as previous ones have had. I do prefer the original OP and the 2wei OP. But, I will say this isn’t bad. Maybe it has a bit more emotional punch to it which works considering the tone of this season. It’s a tough road ahead for Illya as she seeks to reclaim her friend from their enemies. Just the visuals show how darn awesome this is going to be. The gloves are clearly off with installing cards now being a necessary step to stand against these threats. Miyu isn’t there so Illya has to pick up the slack. And no secret….Gil is going to be around. I’m curious to see how far they really intend to cover this season. It is very unlike the previous Illya adaptations where this is so much material that no filler is needed here. 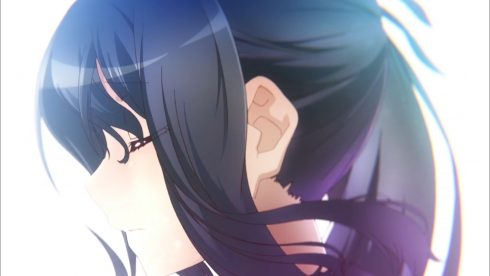 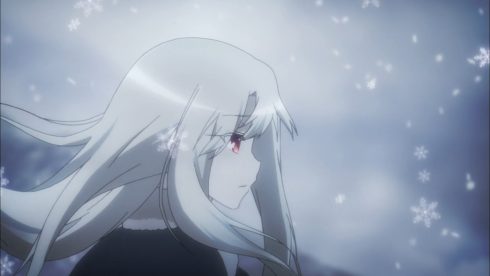 The ED also fits well for the tone of this season. Not the kind of upbeat endings they’ve had before, a bit more somber. Even having Illya wearing the kind of outfit you’d see from previous Fate series. A lot of focus on how cold and wintry this setting is even though it was summer in Illya’s world. It’s an ok ED. The song isn’t going to stick with me or anything, but it serves its purpose well enough. Pretty average. 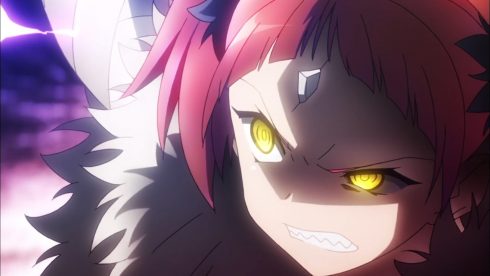 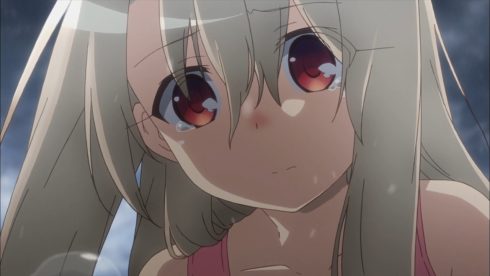 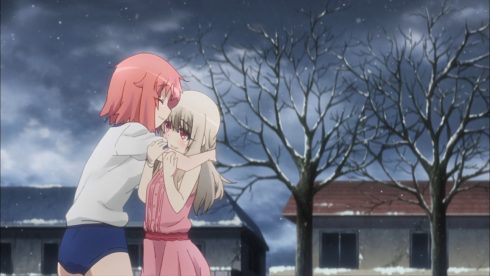 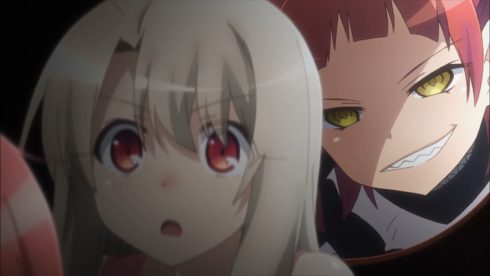 Overall, I have to say this was a great start. The action gets underway pretty quickly and they move to the parallel world well before the end of it. End it with that creepy woman finding Illya and that’s not good. Without any cards or at least without Ruby there is no way Illya can fight this person. It’s going to be a real challenge to stay alive here. I’m most definitely glad that this has finally aired. There is no doubt in my mind that I’ll be covering this one weekly. At least my most anticipated series has arrived and it’s nothing but strong moments ahead.