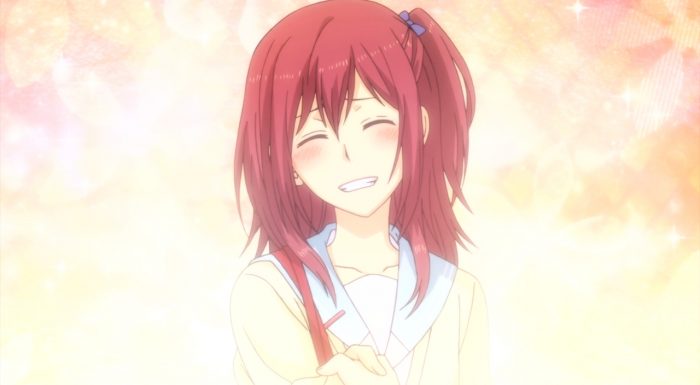 This situation has been pretty rough, but in the end it worked out really nicely. Maybe a bit of necessary pain for Kariu, Hishiro, and really even Kaizaki. All three of them went through a tricky situation here, but came out of it better off. If nothing else I think this did give Kariu the kick in the rear that she needed in order to avoid going down a road that was going to make her either miserable or just a terrible person. She was getting on that road and this was the best time to step in before she went beyond the ability to come back. I think she did just need someone to give her a bit of a lecture and also to let her vent a bit. Just struggling by yourself can often get you nowhere, but having someone to hear your troubles and give input can be a salvation. 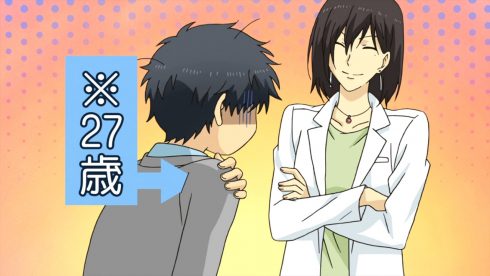 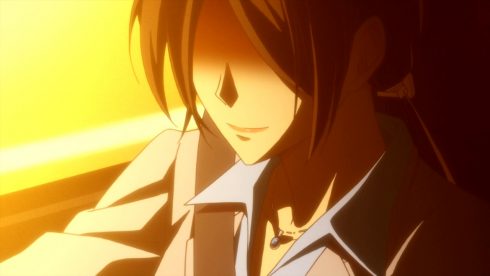 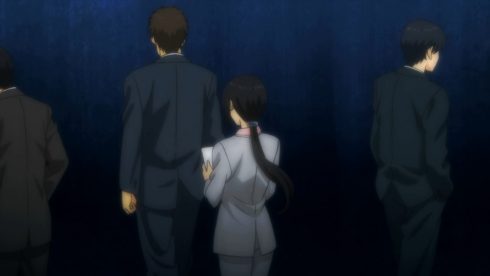 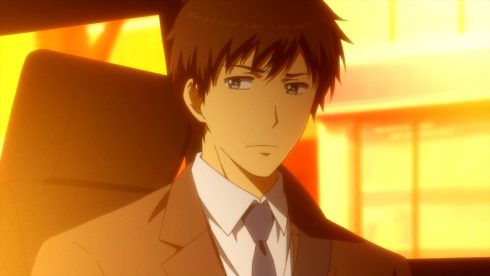 This was also really good for Kaizaki. He had to face himself a bit there. Looking back at his past and how everything went off the rails. We got a bit more of the picture this episode. Seeing how his mentor was treated like garbage by her peers and how terrible people can end up. Clearly that situation resulted in him quitting and being unable to get his life back on track afterwards. It is hard for him to lecture anyone when in the end he lost. He was the one who left, the one who was one step away from being homeless and without a long term prospect. While the guys who treated his mentor and their co-worker like trash probably are still happily doing their jobs. This show certainly doesn’t mind showing that sometimes reality can be a total jerk.

But, Arata realizes that and feels the weight of it. He knows that his actions are somewhat hypocritical. But in the end I agree that it was still better to say what he did. Yoake may be an annoying jerk at times, but he makes good points too. Arata meant what he said and it came from the heart. That’s worth something. And in the end that is a lesson that could help Kariu over and over in the future. Even if she’ll be unable to remember who gave her that lesson, she’ll remember the lesson and that moment. There is some impact that Arata’s ReLife can have on others. It’s a good thing for a person to know that they can keep on trying and that giving up will only tarnish what they did accomplish. 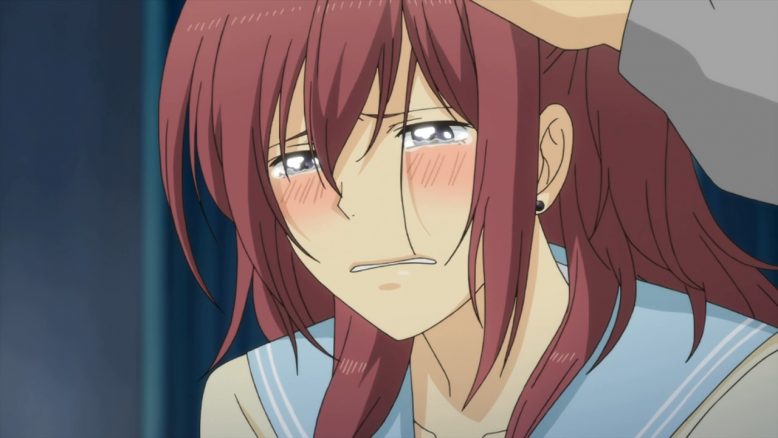 Sometimes…you just have to let out the pain

And I agree there is a lot Kariu has accomplished. Yes, she hasn’t managed to topple the walls of Hishiro and Honoka. But, she’s gotten into a position where she’s not far off. Her grades are excellent, her athletic ability is also really good and she has a lot of respect from those who know her. She may be tsundere, gruff and tough. But she’s also a kind person and hard working. She just needed someone to point that out to her.

It was good for her to both vent and have someone to point her in the right direction. While it was a serious moment, I did get a laugh from the dig Arata did make. Telling Oga would be a lot more damaging to Kariu than telling anyone else XD. Still, that was also a pretty emotional scene with her just breaking down for a bit. Just realizing that her efforts weren’t meaningless just because she fell short. Being less talented than those two at their strengths didn’t mean that she wasn’t accomplishing something and bettering herself all the time. 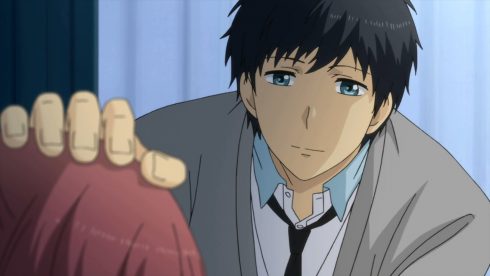 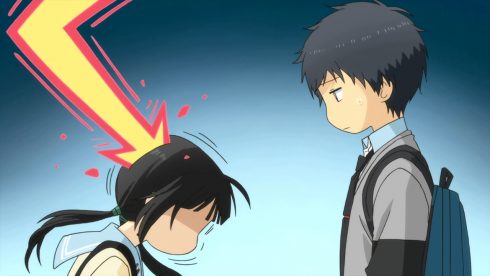 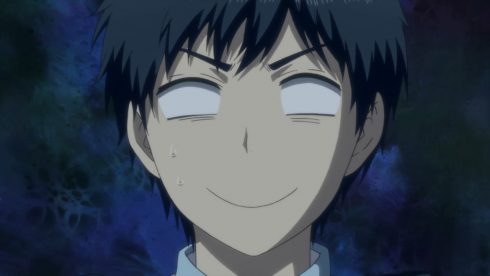 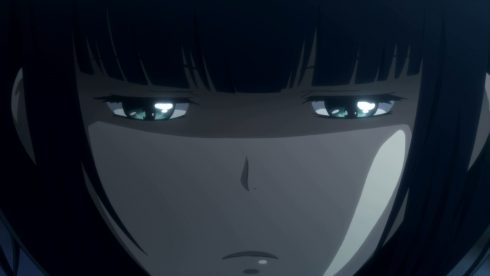 Of course the big even was with Hishiro. I’m glad Arata did change his mind and tell her the whole story. Maybe things could have worked out in a sense if he lied, but just saying what someone wants to hear isn’t always the best. You have to make a judgment call and I think he made the right one. Telling Hishiro the truth made her have to face what happened and deal with the situation. Though it was downright hilarious how utterly dense she can be about some things. But it isn’t just a funny thing either. Can tell that Hishiro has run into problems herself because she can’t socialize well and it has hurt her. She doesn’t want to stay like that, but struggles to find the way. Again, it was pretty cute to have her utterly overwhelmed by the idea that it takes different things to get along with different people. That’s….horrifying for someone in her position.

Also I did like how she had that secondary problem. Wondering why it bothered her seeing Arata holding onto Kariu like that at the bottom of the steps. I wonder why XD. There is definitely something there that she doesn’t understand, but I get that she decided to put it off. She has enough problems before tackling that. 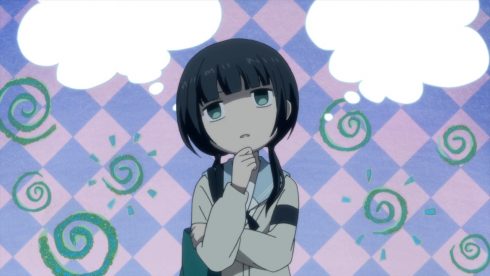 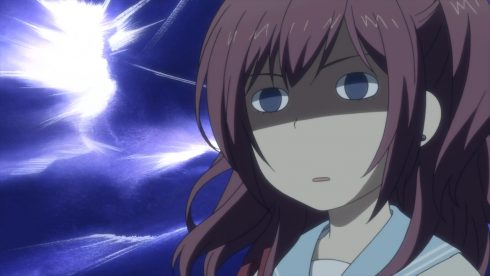 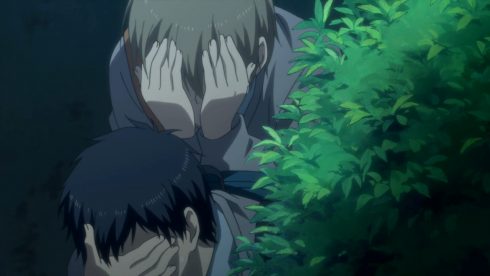 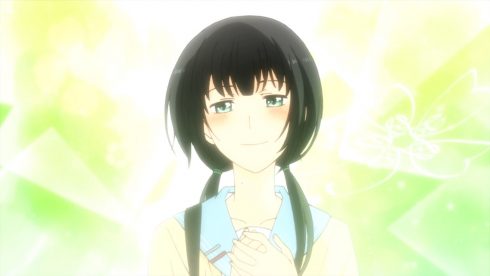 It was a nice scene with Hishiro and Kariu afterwards. Hishiro is such a straight forward person that it’s both hilarious and horrifying to watch her go at Kariu like that! But it did kind of help things since if they were both stumbling around the issue then they wouldn’t advance. Hishiro was straight forward to a fault and Kariu finally was straight forward thanks to remembering Arata’s tough but determined push for her to not run away from the question. And that let Kariu just throw everything she had bottled up out. Well maybe not as much focus on her being jealous that Hishiro was getting too close to Oga, but that’s fine. It was for the best. Throwing all that out let Hishiro get an understanding of how far off they had been.

The great thing was Hishiro really trying to make things work. And the most hilarious thing was the horrible smile she threw out. The facepalms were so fitting and I thank Arata and Yoake there. That dead expression on Kariu’s face was golden XD. Then the series of smile, normal expression, smile, normal expression, was just perfection. In the end Kariu just needed to see that Hishiro….is just a really awkward person. Well meaning, but just terribly awkward. All ending with some brilliant smiles on both sides. If only Hishiro could figure out how to smile at will then she’d be in great shape. But, that’s a long term goal I suppose XD. 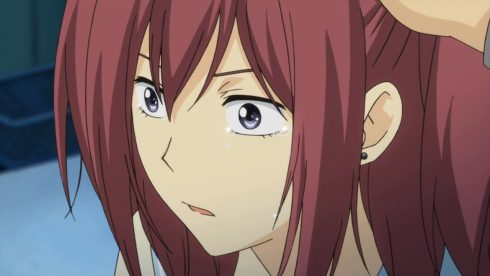 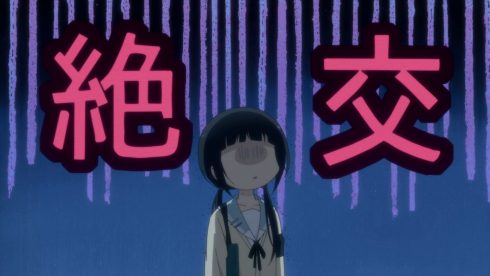 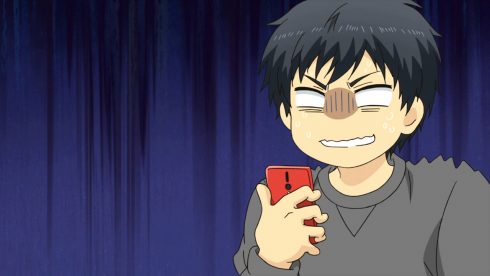 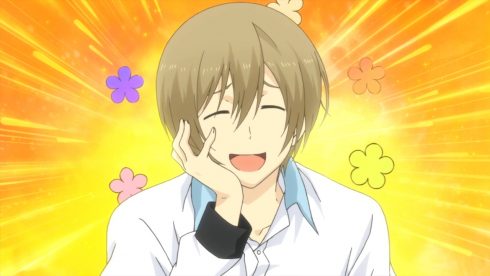 This was just a really feel-good episode. It had some tough points with Kariu really losing herself and venting, but it worked out alright. Those two finally came to an understanding and reached a point of becoming friends. It may be hard for Hishiro to really see Kariu as a rival, but she’ll certainly try. If nothing else she doesn’t want the friendship evaporating because she doesn’t take things seriously enough. I am honestly glad for Hishiro and Kariu. It’s expanding the circle of friends for Hishiro, but also it is keeping Kariu on the path she should be on. Life will have ups and downs, sometimes more downs than up. But, it is good to see that Kariu will keep on trying and not lose track of what she can accomplish. Plus it will just be some hilarious moments as Hishiro and Kariu perhaps clash just due to differing personalities. A great episode and look forward to talking about the next one.