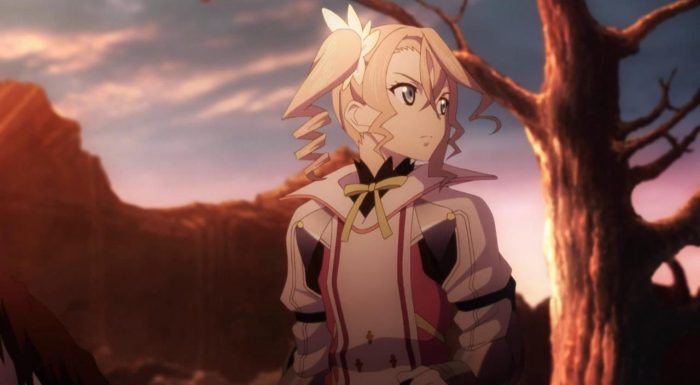 Leave it to Ufotable to just knock it out of the park, and with another game adaption at that. Wow was that a good episode, and a great start to what I think will be one of the best game anime adaptations to come out in a while. I do wonder why Ufotable can’t just form a monopoly over game adaptions, because they really do understand how to not only do them, but get new and old fans of a particular franchise really excited. 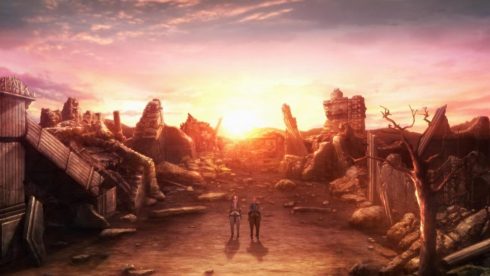 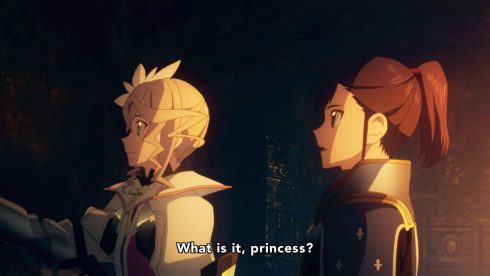 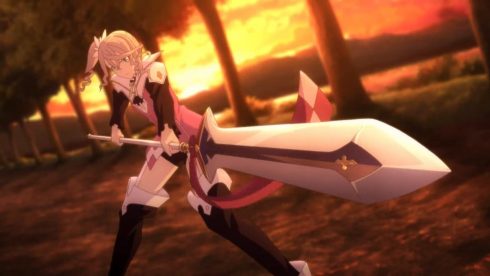 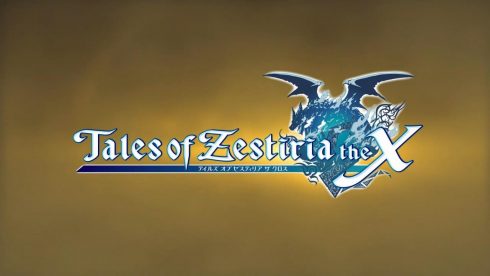 Tales of Zestiria The X, if you saw the Summer Preview I did with Guardian Enzo on NoTaku, was one of the series I was cautiously optimistic for. Its no stretch to say that game adaptions have been terrible lately, and its especially true for those particular games that I’m a huge fan of. BlazBlue, Ace Attorney, oh man, how I would’ve liked Ufotable to have tackled those properties, with the budget, technical prowess and frankly the investment in the source material that they generally have.

Suffice to say, I loved this first episode, and I loved it to the point where even I was surprised. So what was so great about this first episode? Well, the most shocking thing about it, was that most of it was Anime original content. Oh yeah, let me preface by saying that I played and finished the recent Tales of Zestiria game that came out last year in the west, so I’m pretty darn familiar with the source material here. And while I loved the Tales of Zestiria game, I was actually in the minority this time around, when it came to Tales fans as a whole. It was an odd place to be in, but I think despite being a real fun game with a decent story, a really imaginative world, fun characters, did have its sore spots in the plot itself. 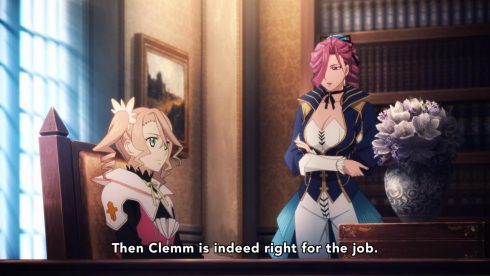 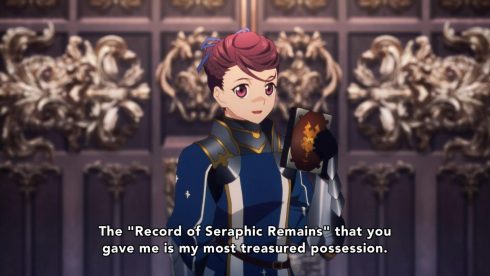 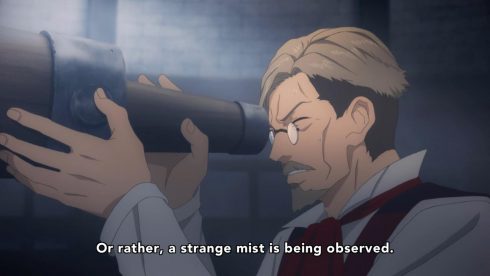 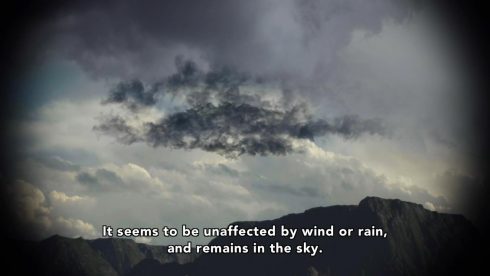 So how does one adapt a slightly controversial entry in the tales series? Well, you start adding in extra content and potentially filling in some of the holes that the original game even, left out. And that’s what this week’s episode was, it was a prologue, that did not exist in the game proper, but actually sets up and eludes to events that are indeed going to happen in the future.

Taking the extra time, to flesh out some of the backstory, and provide some context into events in the future, is a really smart way to open a RPG game adaption. There’s a real sense of wanting to improve and even realize the world and the story that the game itself maybe didn’t have enough time to focus on. And man, was watching this episode a strange and oddly rewarding experience, as a fan of the game. 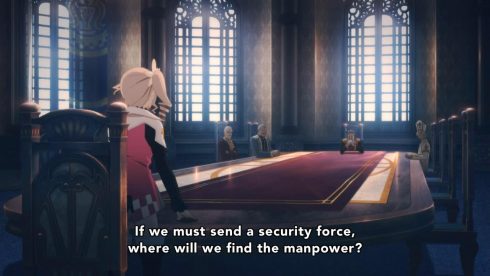 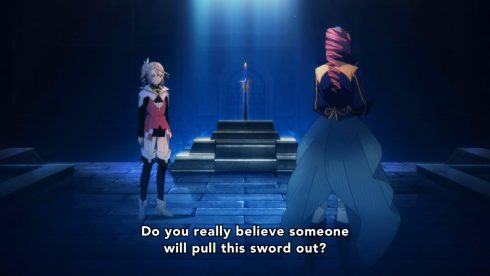 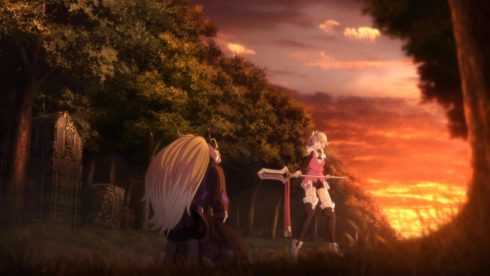 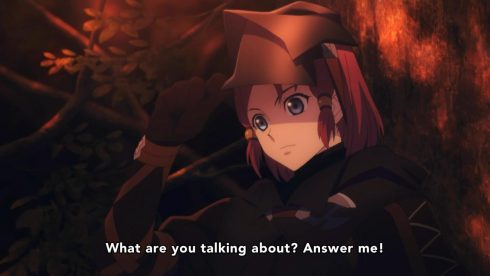 Generally, when adaptions make changes, they make them in order to “fix” the source material, rather than actually expand upon it. What Episode 1, Age of Chaos does, is actually acquaint us with both one of the main characters of the cast, Alicia, and the world that the story takes place in. This is a purely Alicia-centric episode, which is an interesting choice, given what happens in the story later on. Alicia is one of the primary character, but she’s obviously not the protagonist. Seeing her, and not seeing our hero in the opening episode, well its a bold direction to go in. Not only that, but a lot of Alicia’s backstory that plays into the events of the game proper, are actually fleshed out on screen here.

This whole story of Alicia’s first meeting with the Assasins Guild, her companions that she loses, the decimation of the village of Griel, and the awakening of the Dragon, all those moments are new original scenes and ones that are very welcome at that. And man, does Ufotable waste no expense in its opening episode of this show, with some stellar scenes, choreography and animation. 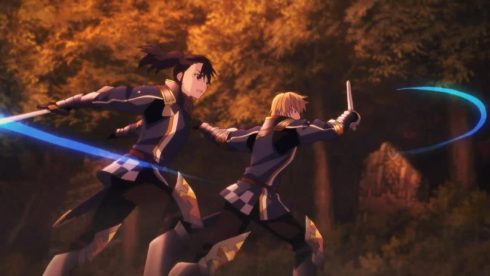 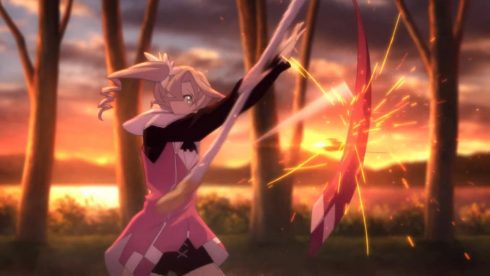 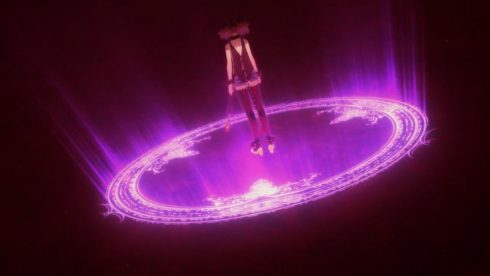 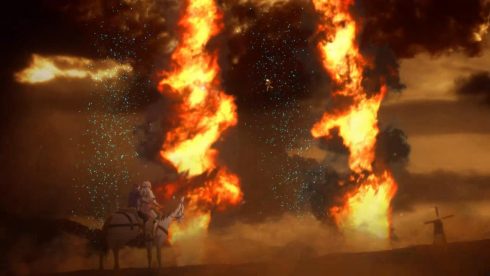 The animation and production values are just jaw dropping, whether its the figtht scenes, the horse riding parts, or just the landscapes and locations thmselves. Everything is beautifully brought to life from the game, and in a way that actually expands on it. I didn’t think it was actually possible, but I feel like Ufotable’s version of the world of Tales of Zestiria, is actually better.

Its better because not only does it have the art direction and look from the games, but it actually also feels a lot more alive and lively in certain areas. Lady Lake for example? Its a big city that ends up feeling like a relatively small town in the game. Here? Oh man, Lady Lake looks like a frigging bustling city, full of life, busy people and a political structure that’s fairly complicated. Call it a limitation of the game, and how much it could show, but there was always an immersion breaking element to the various locations in Tales of Zestiria, where they felt very much like “maps” rather than fully realized locales. 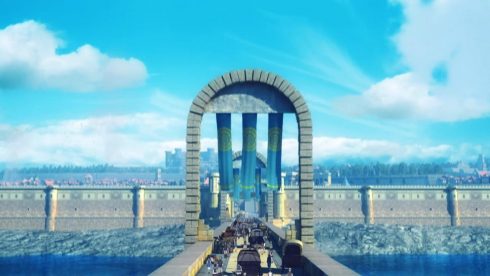 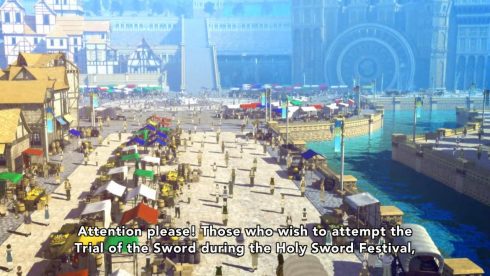 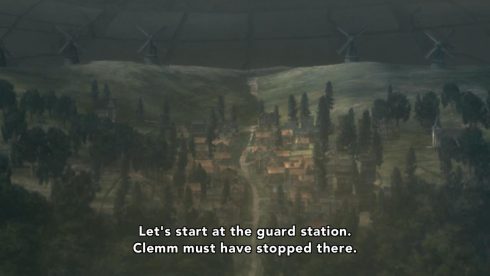 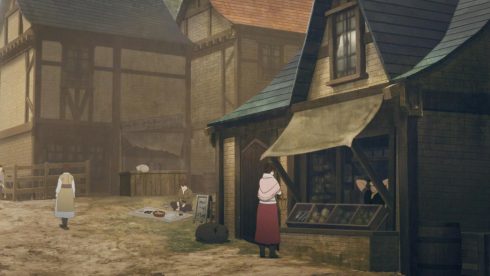 Unlike the games, however, From the very few moments I’ve seen of the world of Zestiria the X, man, does it seem like a wondrous place to get lost in. Its entirely to the anime production staff’s credit, that the show just goes a step farther and fully realizes the potential and the concepts that were in the base game.

So I’d say that Tales of Zestiria The X, is poised to make quite an impact and be very appealing to everyone. A big part of that appeal, is the fact that its going to give both fans of the games, and newcomers something worth investigating. Newcomers will get their first introduction to the world and characters of the games, while game fans will get extra information, context and see parts of the story perhaps expanded upon and other less interesting parts trimmed out. 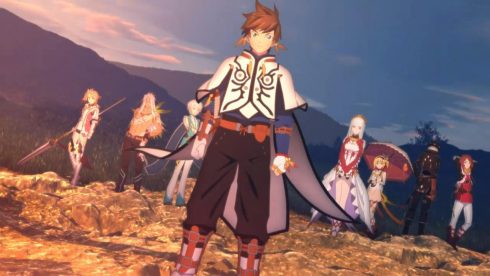 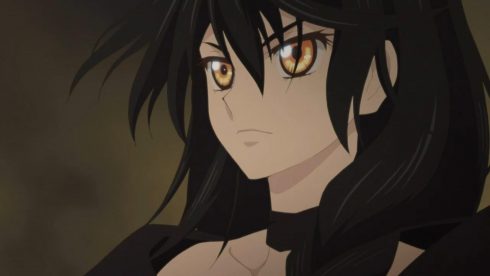 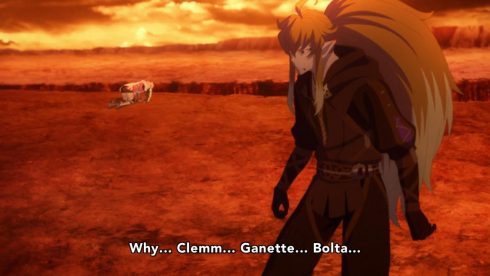 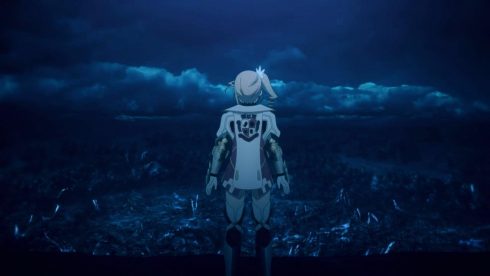 Added to all of that, is the extra stuff in Openning theme, which features the title character from the next game in the series, Tales of Berseria. Its common knowledge among fans that Tales of Berseria and Zestria are linked. Berseria happens to be set in the same world, except in the distant past. Since western gamers won’t get Berseria until next year, I’m curious to see how much of that game’s story bleeds into this anime series. If done right, Tales of Zestiria The X can both bring attention to the original game, and its prequel.

All in all, I’d say this was a fantastic premiere for the series. I had planned on not really bothering with Tales of Zestria the X at all, but this episode just sold me. If this first episode is any indication, then Tales of Zestria the X, is very much something that I never knew I was looking for but really really want. And since I’m a huge fan of the characters and world of the game, It’ll be a lot of fun to cover this anime series on a weekly basis, compare it to the game, and just have fun watching it all. If only all game adaptations were like this, and if only more studios approached projects like ufotable.