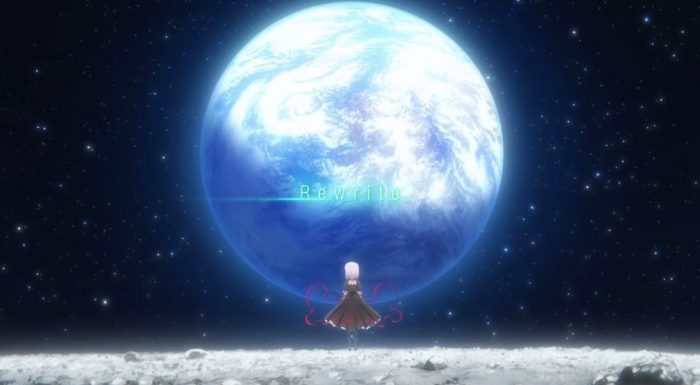 I suppose I should lay my cards on the table before beginning this post and make it clear that I have barely played any of the Virtual Novel’s created by Key, but have seen most of their anime adaptations up to now (Clannad and Clannad After Story, Air, Kanon 2006, Little Busters, etc.) and tend to enjoy them across the board. With both Planetarian and Rewrite airing this season my anticipation for both series has been quite high. I will definitely be blogging the Planetarian OVAs. While Planetarian has been often called the most tragic of the virtual novels Key produced Rewrite has been regarded as the most … fantastical in terms of the story setting, very “meta” in many ways, and very “atypical” in contrast to their other works. 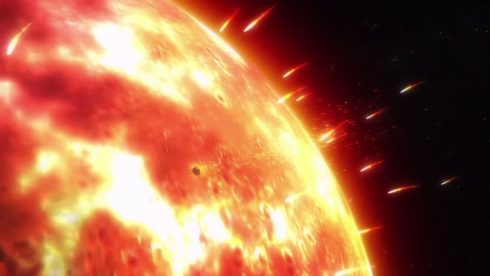 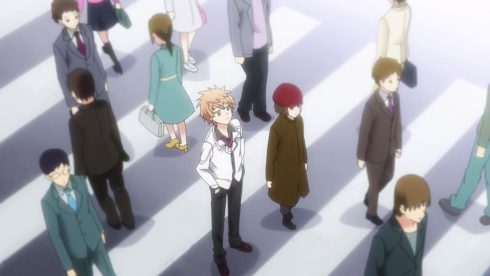 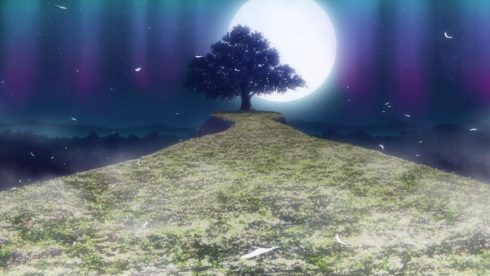 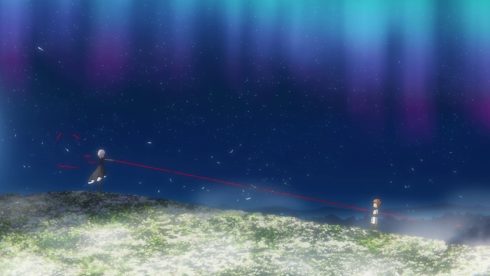 That being said … the first ep, which was almost 50 minutes in length, was definitely “atypical”, “meta” and “fantastical”. After I got to the end I was … overwhelmed, laughing and scratching my head (“What in the world did I just watch?!”), but I found myself engaged in the series as a whole – and quite a bit! So something in the midst of the chaotic mess was very watchable and roped me in. Afterwards I learned from others that the series is apparently only being given one cour, and that it would, of course, be extremely difficult to adapt the novel in any way with such limited time. Some have suspected a split cour for the series as well, but whatever will come for now it is clear that this series has a LOT on its plate to try and dish out to anime-only viewers. 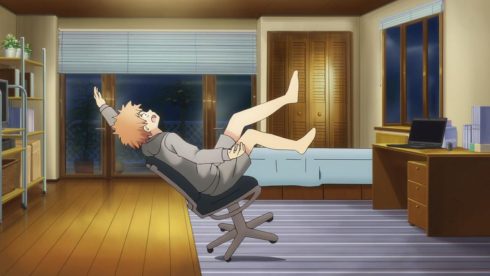 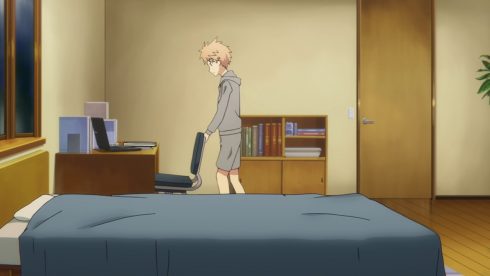 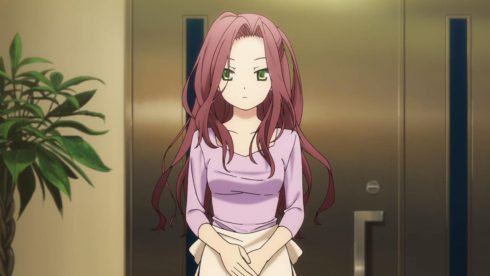 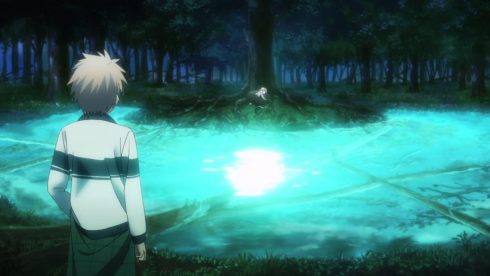 There are some drawbacks to this approach, however. For the most part, I think for many an anime-only viewer this first episode as a whole made very little sense. Not that I did not enjoy it, mind you. I was just … lost … especially at all parts related to oddness (weird oddness, not humorous oddness – the latter was quite effective for me) and invariably bound up with the nocturnal arm chewing ribbon-wielding gothloli girl (don’t ask XD ). Another problem for me was the use of cgi. It was kinda clunky for me, but I am hard to please with cgi, so no surprise at my reaction there. I did feel like it was a bit fast paced. Not painfully so, but I noticed it, and it yanked me out of the narrative at times. But hey, when you do not have a lot of time such things happen. 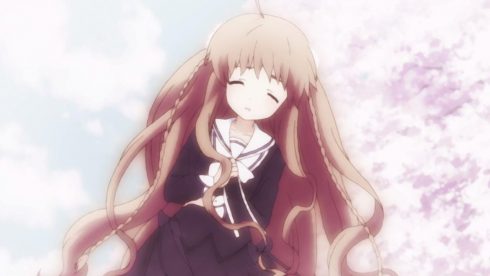 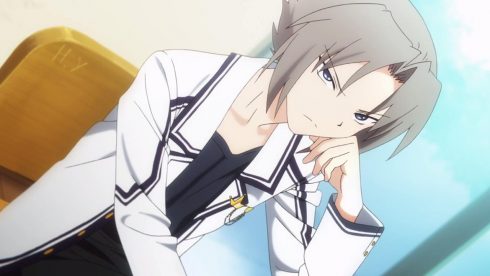 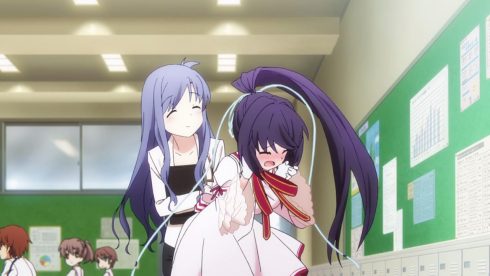 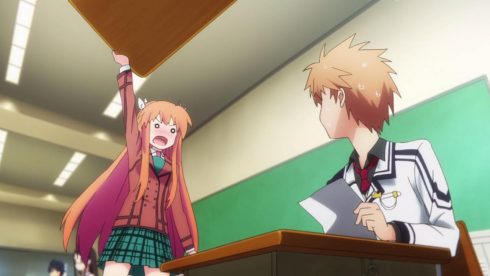 On to the positives, though. There were a boat load of characters that got introduced, and to my delight I found I liked them. Every … single … one of them. True to form for a Key Virtual Novel, the high school student interactions and shenanigans were quite good – I would even say extremely funny at times. To be able to convey that aspect well in the midst of the chaos is a plus in my book. Another thing I liked about the premier was how they just through everything at us, even multi-dimensional hopping as if it were the most common happenstance in the world, mainly as expressed by the MC’s reactions to the randomness that swallows him at every turn it seems (by the way – I liked the MC as well … definitely not a doormat type of lead). Finally for me a big plus about the first episode was how it was able to hold my attention despite all of the things we were haphazardly inundated with and still retain a feel that there was a pattern and meaning behind it all. That is not easy to do effectively. At least with me. (And yes, I am looking at YOU first episode of last season’s Mayoiga! -_- ) 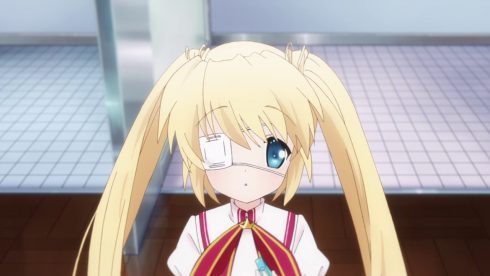 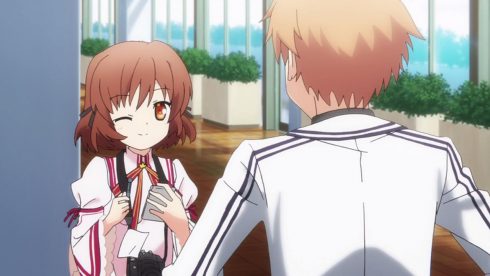 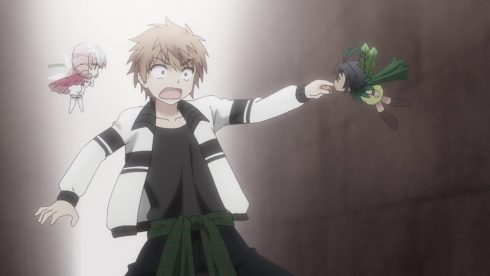 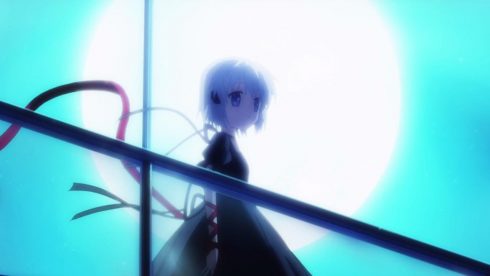 At the very least it feels that this series will have a few different things from previous Key adaptations … one of them is that it sure looks to be darker and grimmer. In the beginning sequences we have the MC messily, randomly butchered out of nowhere for simply walking up to a tree, looking at someone and calling out to them. Another aspect to it is the obvious presence of magic, alternate worlds and dimensions and the existence of super powers of some sort. Also … there is a LOT going on. And I think it will be a few eps before we begin to see the outlines of what that is. But I also feel that the story is going to be complex and involved, and am looking forward to seeing it unfold. The first ep did “something” inside me that made me want to commit to at least giving in the benefit of the doubt over 3-4 episodes to come and “make it’s case”.

To be able to evoke that reaction in me in the context it used to present it’s content is for me a a worthwhile indication of potential, and for the moment, only after the first episode, I would give the series a B to a B+ grading, but with the qualification that this material may definitely not click for all viewers.