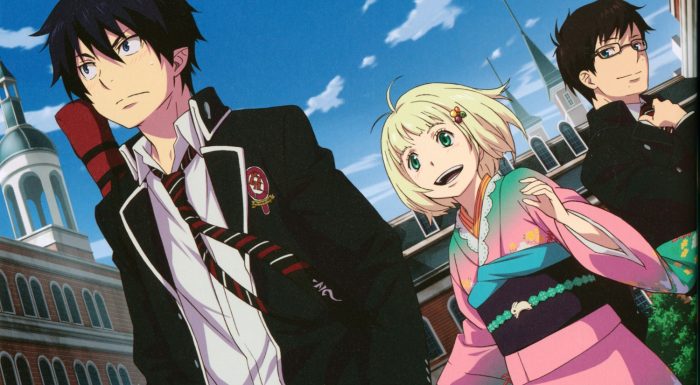 It has been confirmed at the Kato-sensei Anime Expo Panel that the second Ao No Exorcist Series will cover the Kyoto Saga. Anime Evo Affiliate site Lost in America‘s owner Gaurdian Enzo just tweeted out the goods:

#AonoExorcist S2 officially announced as as Kyoto Saga at the Kato-sensei panel.

The tumble of awesome Anime announcements continues, this time with a leak that confirms the return of Ao no Exorcist (Blue Exorcist in the west) in animated form. A new TV series will come out sometime in 2017. 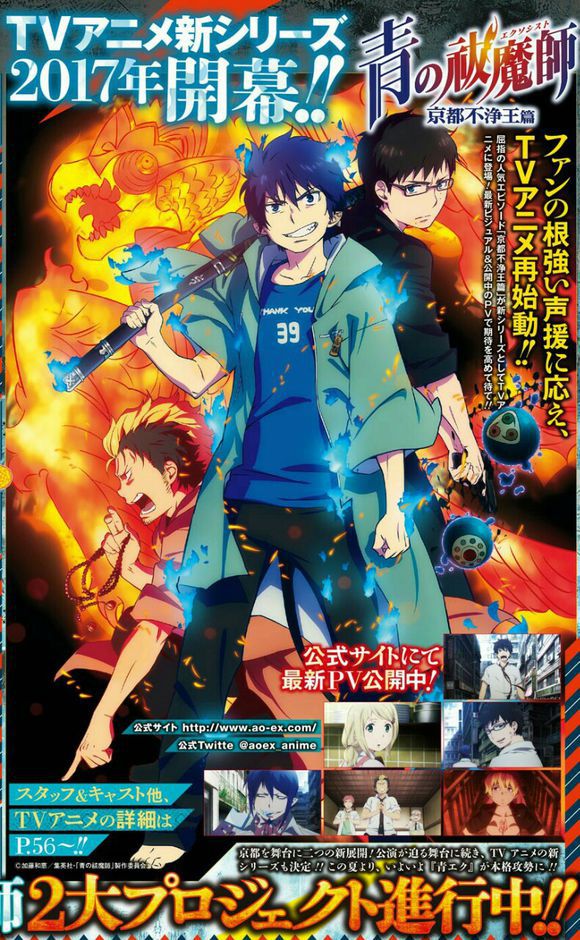 The reveal happened thanks to the 17th volume of the franchise’s manga. which is set to be released in Japan on July 4th, along with the August issue of home manga magazine Jump Square. It was in a preview of the upcoming published materials, that the reveal for a new Ao No Exorcist Anime series was leaked (The page in question featuring the show, is listed above).

The official site for the franchise, ao-ex.com still has a countdown timer on it, and will likely release more details once it counts down to zero.

In the meantime, Its interesting to speculate whether this new series is going to be a continuation or a remake in the same vein as Full Metal Alchemist Brotherhood. The reason I say that is because Ao no Exorcist’s original series diverged quite a bit from the manga and even featured an anime original ending. After having read the manga and seen the differences, I really am hoping for a remake and continuation of the story that’s a bit more faithful to the source material.

We’ll keep you posted on any developments regarding Ao no Exorcist. For now, I’d say its a good time to be happy about another awesome franchise making its return in anime form.