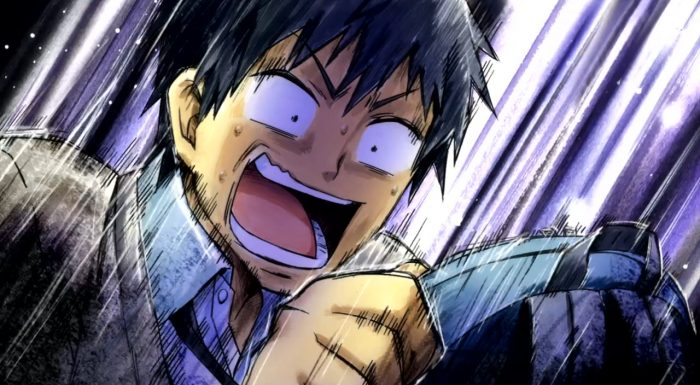 The Summer Season is truly here and I have to say ReLife is one of the better shows to start it with. As someone who enjoyed the manga to this point, this was pretty much everything I was hoping for in the first episode. Of course in some ways it is difficult to properly react to a first episode when you know how the story is going to unfold, but I’m going to try and do it without giving anything away for the future. I will say this episode effectively introduces the premise and our main character. And getting the impression that this Relife will be both useful and entertaining. He will have a tough time ahead with both adapting and overcoming his weaknesses that got him to this position in the first place. But, I think it will be a good run and I’m curious to see how far they will get through this material before the show is over.

The really unusual thing here is how it is coming out. It’s all out. Right now. In its entirety. There is a situation behind that, but simply put….the whole show is available to watch right now. All 13 episodes and you can dive into the whole story. Obviously this post is only for episode one and we’ll see what I end up doing for the rest of it. Whether I actually do posts for the rest of the show, a review, or something else. It’s an unusual situation to be sure. Available to marathon from day 1. 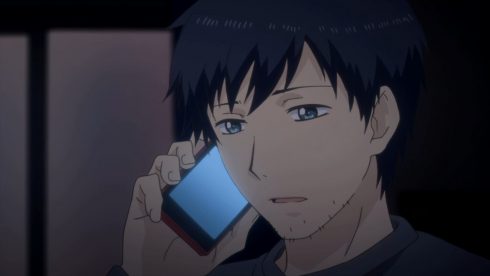 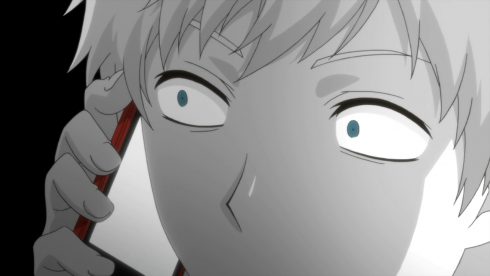 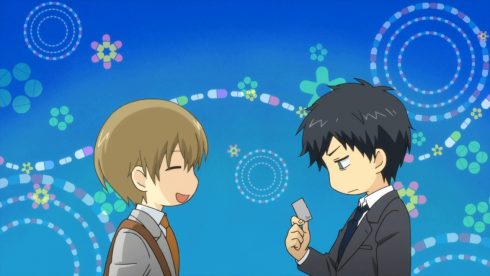 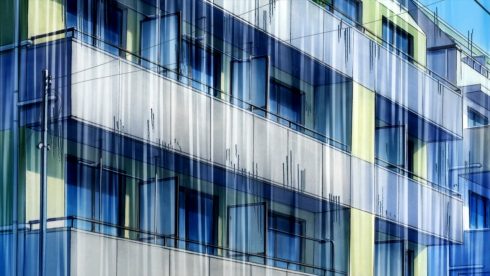 It is clear that Arata did need a new lease on life desperately. While I do understand the position of his family….they were basically telling him to be homeless. He’s clearly looking for work, just hasn’t gotten any. I do wonder how many people just end up on the streets because their families gave up on them. At that point Arata was pretty screwed. He would have had basically a few weeks to find some work and get his paychecks before he’d be out of money. I suppose in some ways it makes sense because someone like Arata would need to be backed into a corner if he was going to take on something as shady as this Relife offer. Also it kind of helps the show for him to be so drunk that he willingly takes such a suspicious pill that most people would again not agree to take.

It all works out, since it does show how bad Arata’s life has been. Despite making some efforts…he can’t get his feet planted firmly anywhere. His efforts to get a job falling flat because of his past. For whatever reason, Arata left his first job within 3 months of taking it. And he clearly doesn’t have an excuse that will satisfy interviewers about why he decided to leave. In some ways I can see how that might sound like a bad excuse but, I also think they are being too rough with Arata. The guy clearly is determined to find some work, just give him a darn opportunity. But, in the end he wasn’t getting that chance so he had to take on this offer. And frankly….it’s a cost effective one. He’s not going to be building up his savings, but he isn’t going to be on the streets. The laboratory behind this thing will finance his life for the year and if he gets through it….may hook him up with a job which is the thing he needs the most right now. 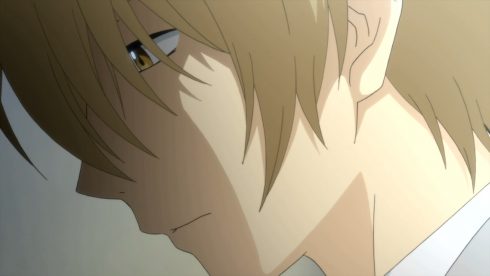 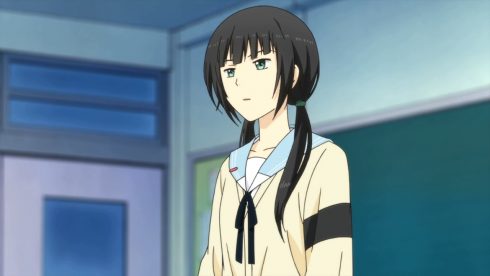 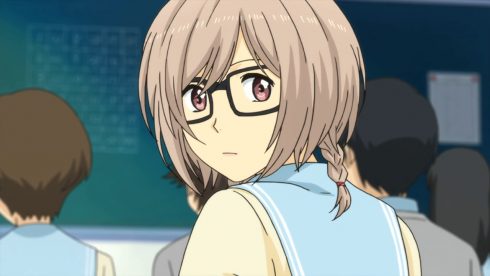 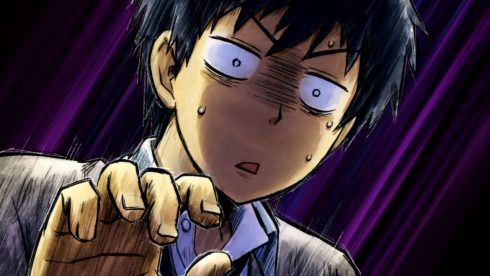 But anyways the majority of the episode was getting through Arata’s first stressful day. And yeah it was full of mishaps. While some of it seems overly silly….I can kind of believe it. When going through school you focus so incredibly hard on learning what you need to know for the tests and really a lot of it doesn’t stick. I think if you threw the average person in their late-20s into high school again they’d have some problems. Math especially is so dependent on knowing the formulas that if you suddenly have to recall stuff you haven’t thought about in 10 years….that’s going to be rough on you. I think the academics will be a rough aspect for Arata. Catching up on everything and re-learning a lot of stuff will be the challenge.

As well will clearly be the challenge of adapting to student life. I think Arata is a bit exaggerated in that sense, but it is for comedic effect. The amount of time he took to realize that cigarettes + school = bad, was downright silly. Needs to realize that he’s going back to a time where a lot of things he is used to aren’t allowed. Can’t be bringing cigarettes onto campus. Honestly, he probably should give it up but I suspect after years of smoking he isn’t all that interested in doing so. Maintaining expensive and bad habits like that seems like a questionable choice for a guy who didn’t have a full-time job. Most of his part-time work must have simply gone to paying for his addiction. Still, he’s really going to have to be sharp here and put his mind into doing this. Right now it seems like Arata is just trying to get through it in order to get the job promised at the end. Not necessarily wondering why a company has created this wonder drug that de-ages people and is sending them into high schools XD.

OP [Button] by PENGUIN RESEARCH : (A) 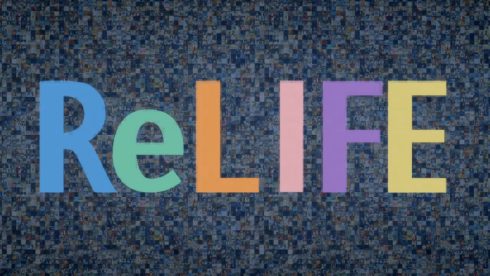 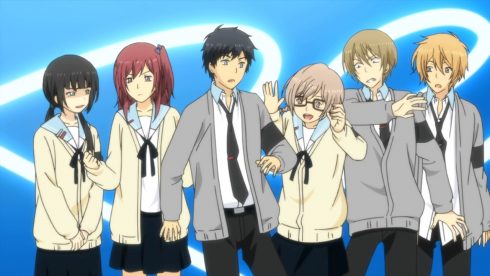 Overall a pretty good OP. The song itself kind of feels both comforting and a bit upbeat. Kind of fits with Arata starting this second chance at a high school year. Showing off both the school itself and the circle of friends and acquaintances that Arata is going to pick up along the way. From the unusual girl Hishiro to the frustrating handler Yoake. I think little scenes like Arata looking at pictures in his phone give a good impression on the kind of personal journey he’s going to be going through here and how attached he’s going to be. 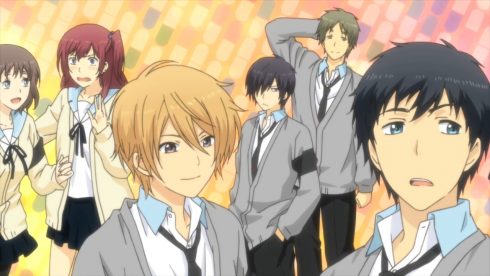 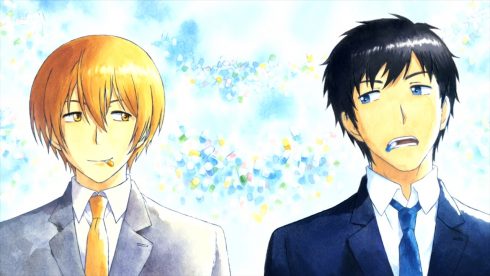 The ED isn’t bad either. I kind of like the choices they’ve made for the OP/ED in terms of the vocalists. Makes them stand out a bit in comparison to previous OP/EDs that somehow feel very “same-ish.” The ED is visually pretty simplistic with a panning shot across the whole cast with a basic background and ending with Arata and Yoake in their adult forms. Somehow I think you couldn’t easily get away with an opening sequence in a NA series with characters casually holding pills in their mouths XD. Also appears like the show will have a few different ending songs which could be an interesting option. 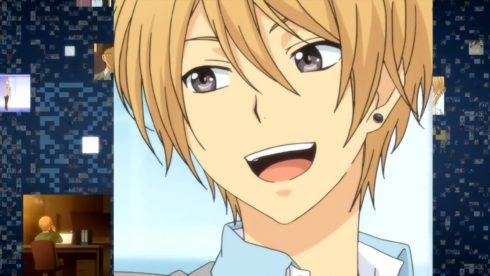 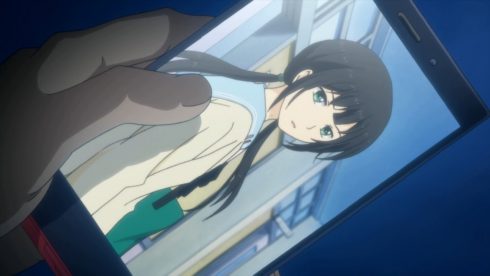 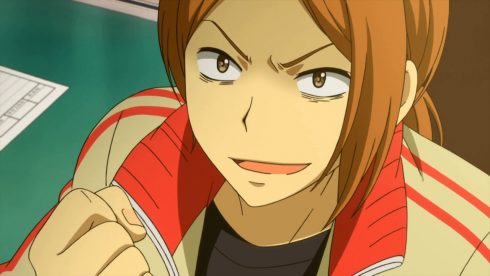 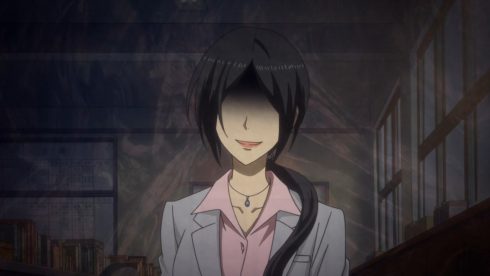 Good beginning. I think they captured what made the series very enjoyable. Both the series things in the background, but also just the comedy and the silly expressions and reactions for the characters.

I do think this was a pretty solid start. We get why Arata is going into this experiment and have some mysteries going on as to why he’s being asked to do it. Dropping points about him being the second person to go through this and that the first one was considered a failure. Will be interesting to see how Arata deals with this change in his life and if he can successfully grow past the issues that lead to him being in this position in the first place.