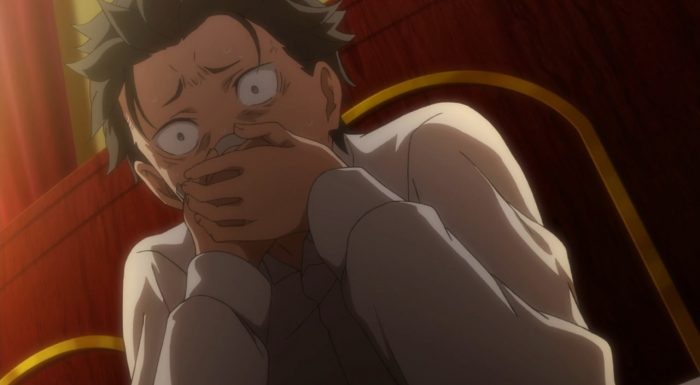 Might take a while to recover after this bus ran me over. Naturally after a big victory episode and a build-up episode, Re:Zero decides to follow up by steamrolling the viewers with drama. I don’t mean badly done drama, I mean….just really agonizing drama to go through. This is about as painful an episode where Subaru doesn’t die so far. And it absolutely made sense. You could see the buildup to a massive falling out from the previous episode. It just felt like if Subaru continued on this road that things were going to get very messy and they very much did here. This was just utter agony to watch at the end and now somehow I’ve got to write about it. 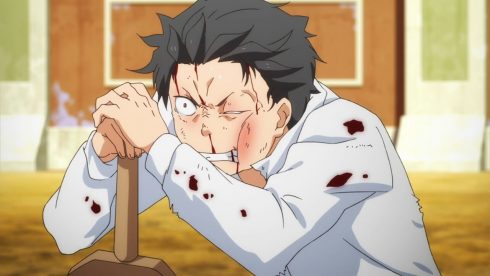 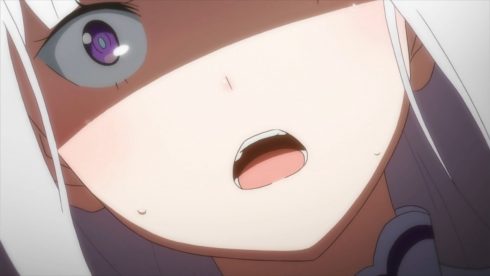 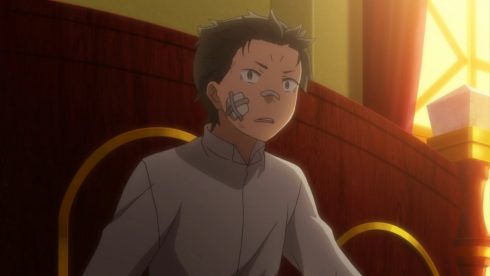 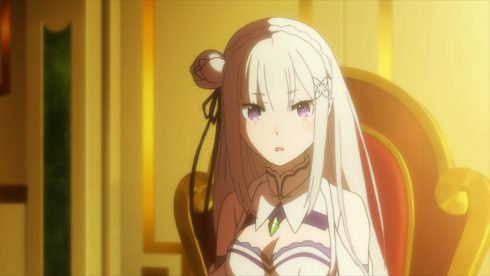 Just unfortunate for Subaru, but it all makes sense. In a sense a lot of his actions were what you’d expect from a main character, much less someone in his position. This is someone who is suffering from a great deal of mental anguish and stress. No doubt traumatized by what he has survived to this point. It made sense that Subaru would want to head to the castle, he can’t avoid seeing danger at this point and he does want to support Emilia. All that he’s been through in all these arcs….there’s no way he can stay utterly relaxed and calm when it comes to Emilia and what is going on.

Of course not that Subaru made all the good choices that he could this time around. He made a lot of bad ones, but in a sense that is what makes him human and a good character. There was probably a better way to support Emilia in the castle without basically picking a fight with all the knights. He absolutely should have turned down the duel or at least thrown in the towel at a certain point. It is true that this wasn’t just about Emilia. Past a certain point he was just pissed at Julius and wanted to smash his face in.

Breaking the one promise he actually did make to Emilia didn’t help either. He promised not to use magic and frankly should have known it wouldn’t get him that far. His trick at the start of throwing sand failed utterly (probably watched too much TV for that one) and his magic didn’t pay off either. Instead he got beaten and lost another chunk of trust along the way. 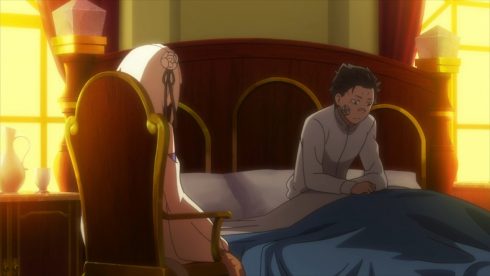 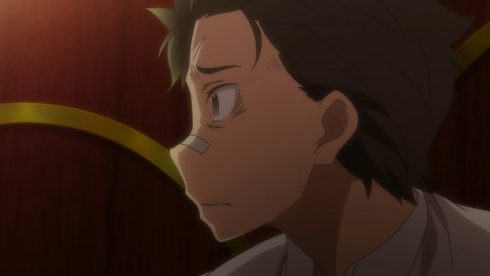 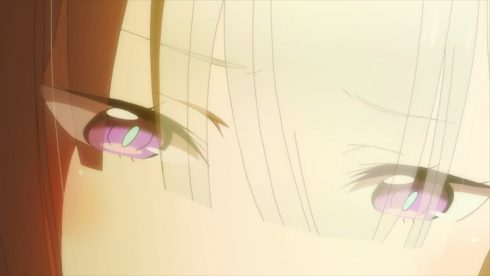 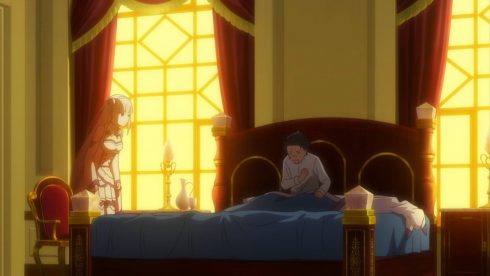 All of it just leading to a total disaster at the end of the episode. Both characters mean the best, but it’s not matching up right now. A lot of things from the past coming to play here. Puck noted that Emilia doesn’t have many friends and Emilia herself in one loop noted that she wants to trust Subaru. She wants to trust, but probably can’t trust easily. Because of her appearance, abilities, and race, she probably struggles to find anyone who can treat her normally. Roswaal is supporting her for the royal selection, but has his own goals. Not really a friend. Rem and Ram are maids, not really friends either. Basically it is just Puck. That Subaru who didn’t know her or anything helped her and fought with her, probably meant a lot. And the feeling like even he isn’t treating her like everyone else would be agonizing.

Of course how Subaru views her isn’t exactly how everyone else does, but it is hard to get that across. I think what hurt as well is how they both viewed events. For Subaru he rationalized a lot of things as for the sake of Emilia. But honestly that could just come across as fault. Emilia considered him a friend and the idea that a friend is hurting himself for her sake could be hurtful in itself. Also I suppose you could also interpret it as “this is for you sake” sounding like “this is your fault.” 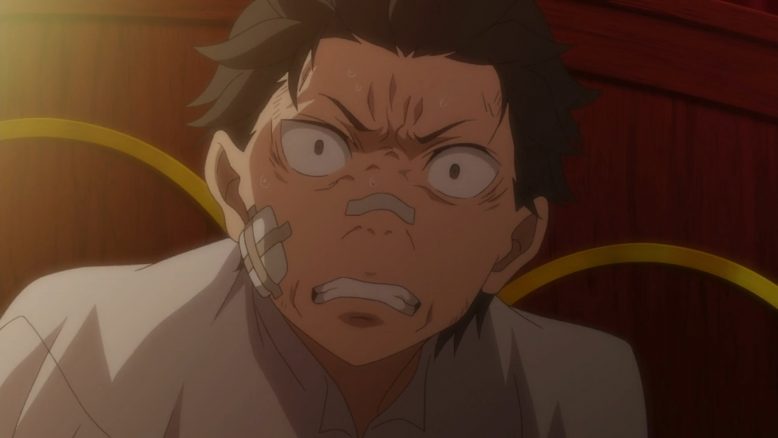 When everything goes wrong

Everything just fell apart for Subaru. I can understand it. Feeling like all his efforts and suffering were being rejected. That he tried so damn hard to make everything right and it’s not working out. That because he was there and he did what he did the worst case scenarios didn’t play out. Not surprised he fell apart there and just went off on a rant. Not crazy that after just unleashing the floodgates of emotions he could say things like “isn’t it all thanks to me?” But, sadly that’s not the easiest way to smooth out a situation.

Honestly I don’t have a freaking clue how this will work out. Can Subaru really deal with this situation without just dying and trying over? Is that too risky when we don’t have a clue where his last save point was? What if it is when he woke up here and he can’t go back to undo all the actions he took here? Plus it was one thing to throw himself off a cliff to save Rem, but….doing something suicidal again could be dangerous psychologically. Just not sure how they resolve this. This is as severe a falling out as you can get. I mean short of someone dying. Things have just blown up so severely and credit to the show for making it such an uncomfortable experience. 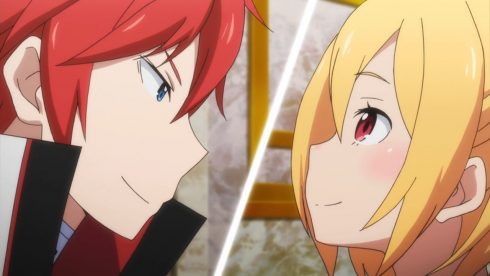 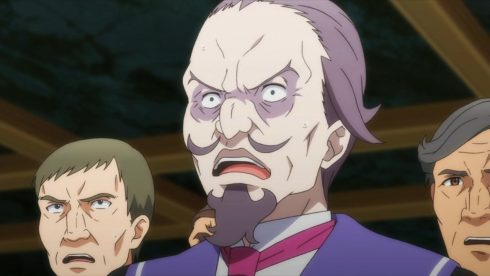 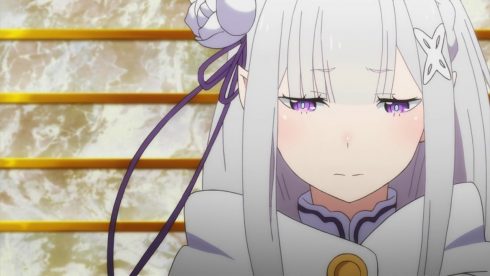 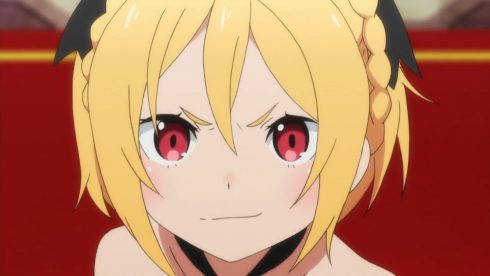 Almost nothing to say about the political side of it. We got a feel for what all these people are aiming for as rulers. With Felt basically blackmailed into it and using Rom as a sort of hostage. Felt wants to just utterly shatter the status quo and as someone who lived on the streets that makes sense. The current system has never served her or those around her well. I’m kind of confused why Reinhard is teaming up with Felt in that sense. Emilia’s decision to create a more fair and free society makes total sense for her. Makes sense why she’d be against a society that treats people so differently and is so inherently unfair. Though how easily she can manage that goal is hard to say.

Have a girl who is bored just running a company and wants to run a country. Another girl who wants basically to cut ties with the dragon, a kind of “people should be in power, not a dragon ruling from the shadows” type. And of course Priscilla….who just thinks it’s obvious that she should be running everything. I kind of worry for this country with such extreme options all over the place. 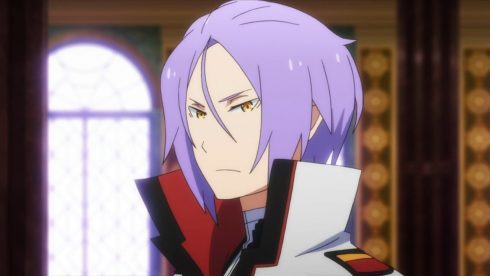 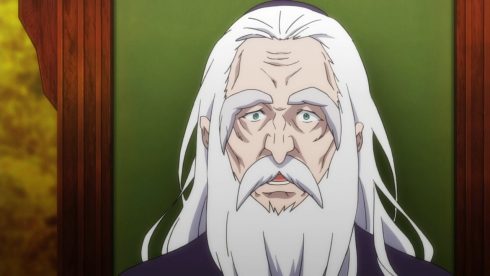 I just don’t know how this will all play out. Was nice to see Felt again and she seems pretty much herself. Still a pretty hot-headed person. Maybe it is the street background, but was pretty casual about Subaru getting stomped in a duel. But, I suppose she does have a lot on her plate here. At least she had the most entertaining speech before taking part in this fight for the throne.

Just a terrible way to end the episode and I have no idea where we pick up from. I suppose Subaru can count on Rem being on his side. Felix will be there to heal up Subaru’s gate so maybe we can figure out a direction for events to play out. Maybe Wilhelm will play into this as well. Right now there isn’t an obvious threat to their lives. More this is an emotional mess. Subaru will need time to calm down and then….figure out what to do. I’m just lost after this. Still feels like the show just kind of ran us over and now expects us to pick ourselves up and figure things out.