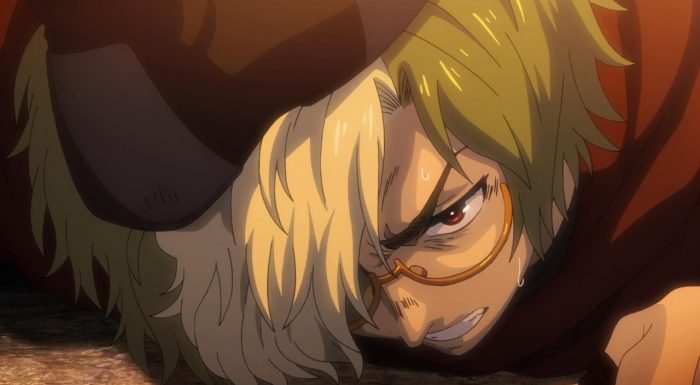 The gears grind a bit, as they finally lock into place, and the clock chimes, the fated time now dawning. Forgive that little bit of hyperbole, but what I meant to illustrate is that Kotetsujo no Kabaneri has neatly, in an almost clockwork like way, set up its endgame with this week’s episode. There really isn’t that much unexpected in terms of the overall idea, Kotetsujo no Kabaneri, in its trademark fashion, just keeps it all clean and simple (with an unwelcome dose of dumb to accompany all of that).

Like I said last week, Biba was expected to do something evil that would pretty much spell out his true nature, and that more or less happened as expected this week. Biba’s still a stereotypical, revenge obsessed villain, and it’s pretty clear that he’s more or less bent on taking out his father, no matter what the cost. The cost, this week, is another station, and one that’s bigger, grander and more full of life than any of the other ones we’ve seen thus far. 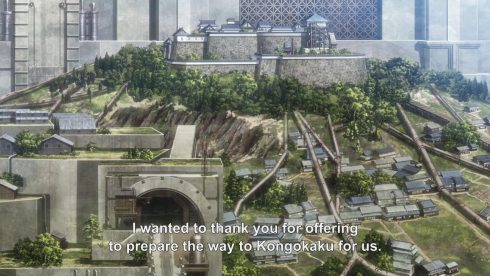 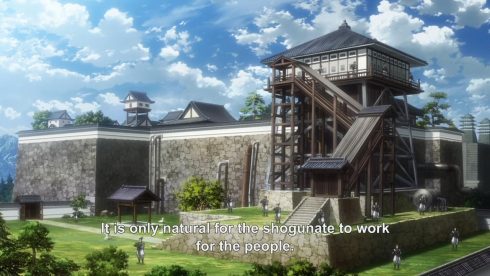 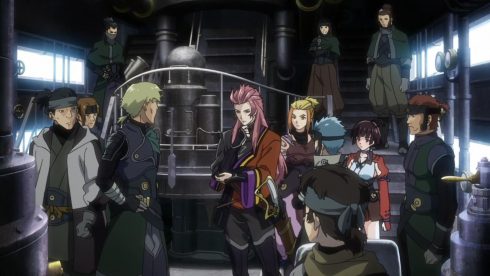 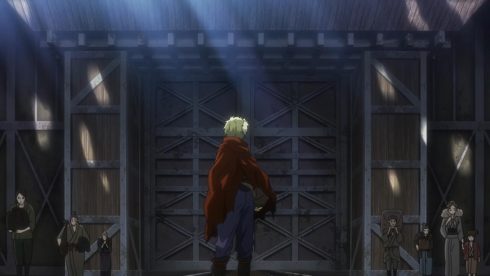 Iwato Station, is the last station before the Kongokaku (The Shogun’s castle), and its here that the Shogun tries to stall and stop Biba, but obviously fails miserably. Our villain, in response, actually concocts a rather messed up plan, one so outlandish that it feels like something engineered for brutality and a massacre, rather than moving towards the end goal of simply getting through the station.

I did, for the first time in a while, have to basically tell my brain to shutoff a bit and stop asking questions. Why does Biba not just take the Lord of the Station Hostage and pass through? Why does he decide to massacre the entire station, and unleash a horde of Kabane? Why does he go the extra length of basically sacrificing one of his female subordinates, turning her into some kind of super Kabane/Kabaneri/Colony monster in order to break through the gate? Why Indeed. At this point, its a war of escalation more than anything else, and one that definitely feels a bit unnecessary, to say the least. 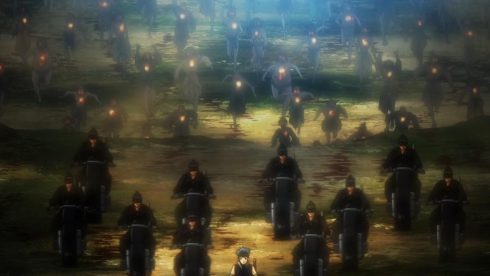 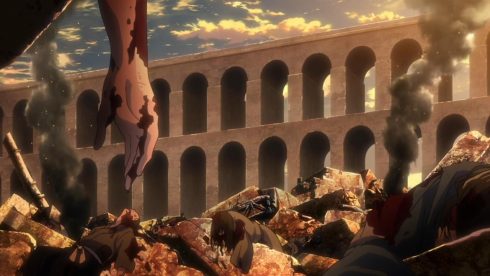 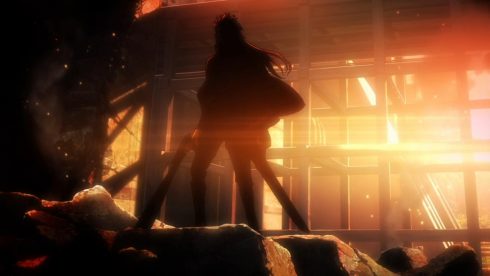 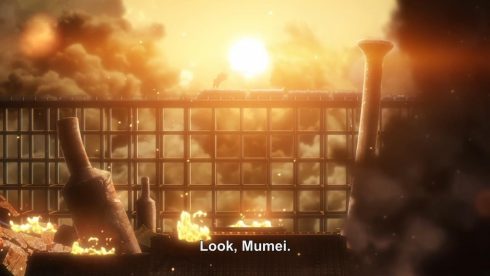 It almost feels like the show is hell bent on ticking off some of its bullet points, at the cost of being even remotely believable. See, this episode had one chief goal (at least in my mind)… It wanted to establish that Biba is one hell of a monster, one that brings utter destruction in his wake. He’s a liar, a sociopath and he doesn’t value any of his subordinates or people. And I think the outlandish display in the episode definitely reinforces that, but I never really saw the need for that reinforcement. We knew Biba was a jerk and a villain, the show established that already last week.

So… What the episode was really trying to do here, was make you hate Biba. The attempt was definitely valiant, full of show and flash, but it didn’t quite work for me in the end. There just isn’t that much of an emotional connection to the station that Biba destroys, and the fact that he’s able to basically reduce everything to rubble and take control of the situation, kind of lessens any impact that his atrocities might have had. 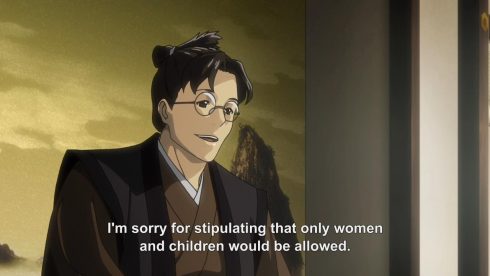 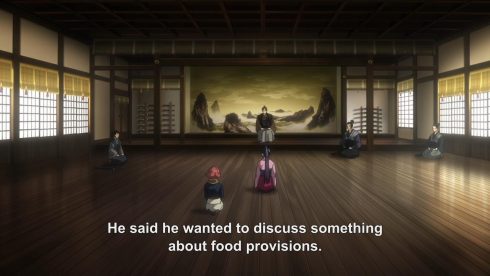 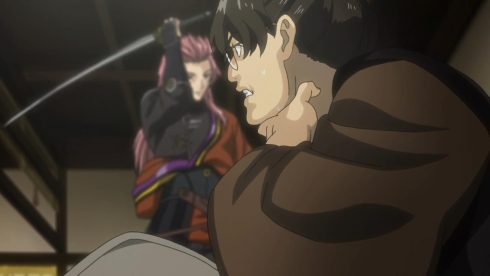 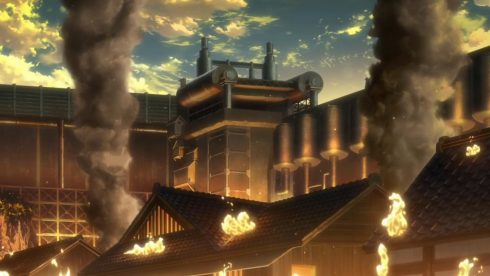 The story just hasn’t taken the time to show us why we should care about this place, and why we should feel appalled and hurt by its destruction. We’ve seen two other stations go down already, and by unfortunate luck at that. Seeing another one being easily taken down by Biba, not only makes him extremely overpowered, but it even kills some of the danger of the Kabane themselves.

The Kabane really lose their teeth by this week’s events. If the Kabane are a force that Biba can herd, use and kill at will, then they really aren’t as much of a threat as the show made it seem. Its unfortunate, but in the show’s haste to establish Biba as the main villain, its almost trampled on the world dynamics and balance that it itself has set up. 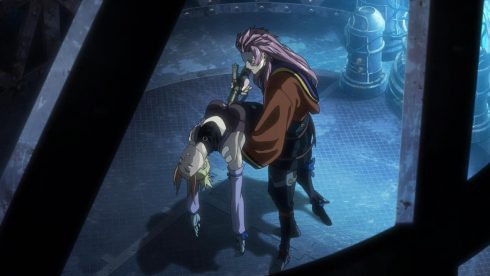 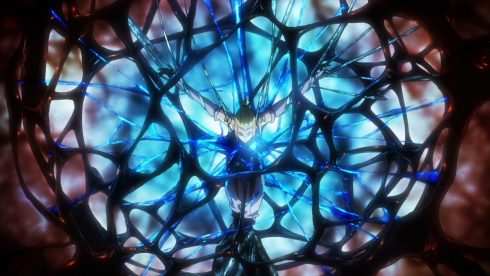 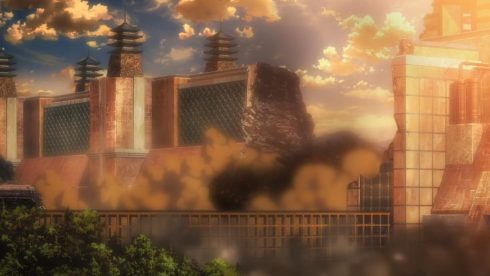 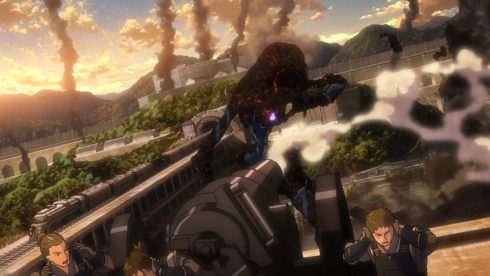 Biba plays with some serious fire here. He unleashes a horde of Kabane, and they overrun the Station, and he basically creates a Colony of them, but then is able to kill said Colony AND take control of the station. There’s no real repercussions for his twisted and frankly impractical plan, and I think that really is a misstep for the story.

Simple it can be, stupid it shouldn’t be. Everything to do with Biba thus far has bent and stretched the already thin logic of the show to the point where its all just breaking down. I admit, I’m not exactly as impressed or entertained with it all, as I was before. Biba as a villain is just not that interesting, at least to me. 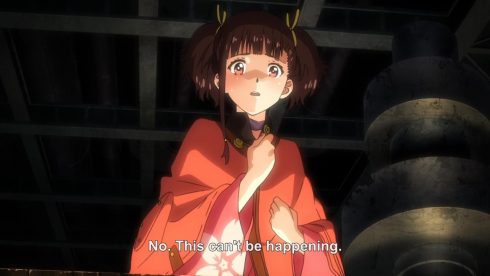 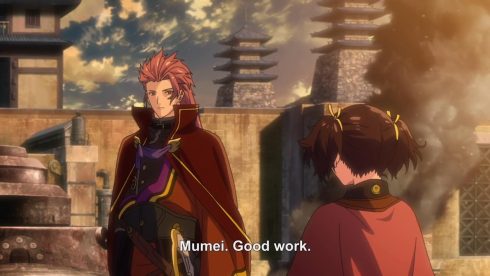 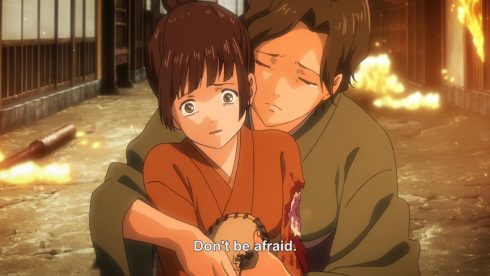 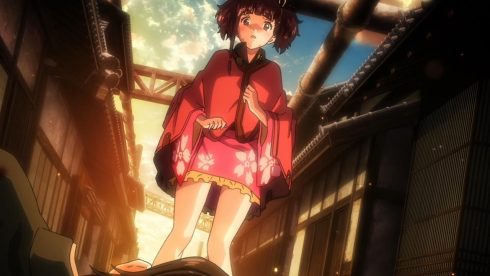 His whole thing where he basically uses Mumei to commit mass genocide? You can see it coming a mile away. Mumei’s shock and hororr? Even that doesn’t really hit anywhere, because its kind of become a pattern at this point. Mumei makes some kind of mistake, and a ton of others get harmed in the process. And I fear that the show has pushed this character so far, and had her become the source of so much suffering and death, that she’s almost past a point of redemption.

The one thing that surprised me, was how Biba and Ikoma didn’t really clash during this whole thing. I fully expected Ikoma to at least try and stop Biba’s evil machinations from coming to pass, but the show smartly kept the two separate. Biba was able to enact his plan, and Ikoma was stuck just trying to keep his people  alive. I confess I didn’t see that one coming, but the setup at the end, with Ikoma screaming Biba’s name, just reeks of an eventual battle between the two. 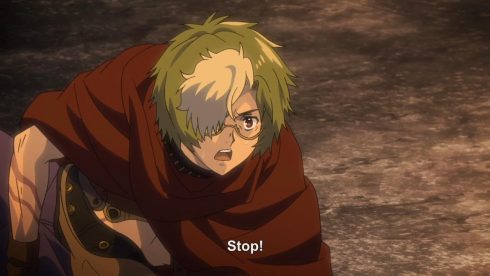 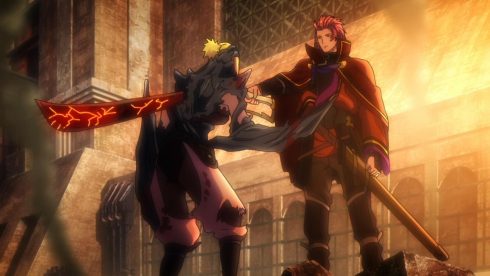 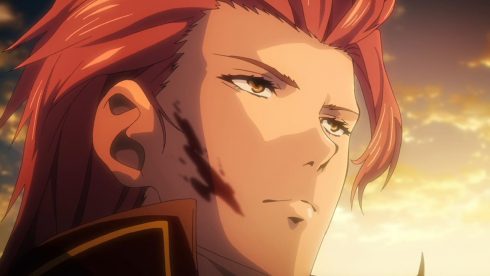 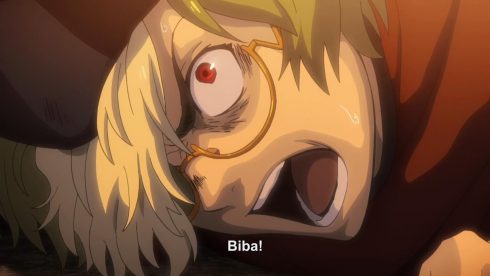 I get what the show did here. Biba does something extremely cruel, Biba also has Ayame captive (despite Kurusu’s best efforts), Biba used Mumei and killed an entire station worth of people, and Biba ends up overpowering and capturing everybody. Ikoma now will have to take  Biba on, while Biba pushes on towards killing his father, who apparently lied to him at some point and betrayed him.

Its kind of sad and unfortunate the the last part of this show is going to be a grudge match between Biba and Ikoma, rather than something more to do with the Kabane and the unique setting that this show has. I wouldn’t be surprised if the Kabane virus was actually made by the Shogun himself at this point, as a way to hold power over the land. Its just out there enough to where this series may actually do that, and how it will basically show Biba as a sort of antihero, one that is fighting against society and the cruelty that the Shogunate has established. The only problem is that Biba is obviously not going about it in the correct way. 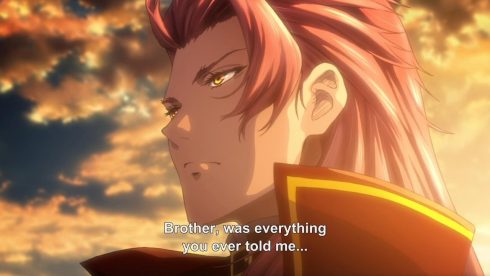 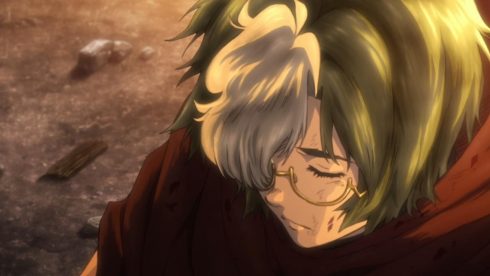 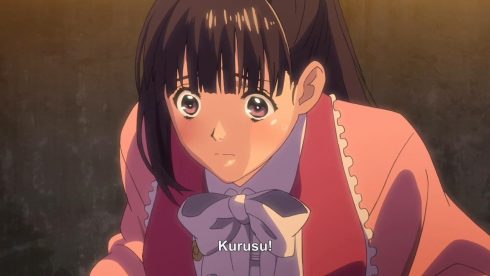 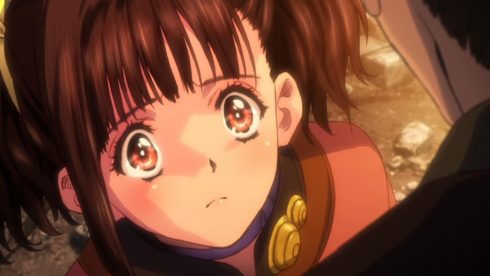 I will say, that despite the course of the story being pretty much locked and in the predictable side of things, there were some surprises in this week’s episode. I didn’t see Biba’s outlandish plan at all, nor could I have predicted how darn overpowered the guy was, but at the same time, the way things went down, and the way The story kept Biba and Ikoma seperated, was kind of clever. This may have been a very rough episode, and I personally might not be liking the direction that this show is choosing to go in for its endgame, but I can still enjoy it. I’m just not enjoying the series as much as I was when it first started. Sometimes, the last leg of a story just can’t compare to the rest.