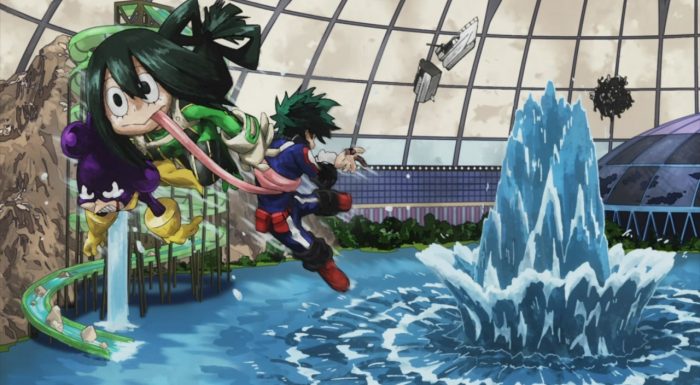 When life throws a huge surprise at you, people really can respond differently to it. Mineta is a fairly unlikable pervert, but his reaction to the situation is pretty normal. You see people react in a panic to emergencies all the time, even ones who are in pretty extreme jobs. When people get hit by a situation they never expected it does shock the system a bit. They may be there to become heroes, but they are in their first year. There are likely many who signed up for this based on the hype and popularity and not considering the actual danger. Mineta might have honestly planned on taking a fairly safe hero job that didn’t involve much combat. Considering how huge heroes have become that’s not particularly impossible. In the end though it was Tsuyu and Deku who stepped up in a pinch. They kept their heads even if they were facing a very bad situation here. 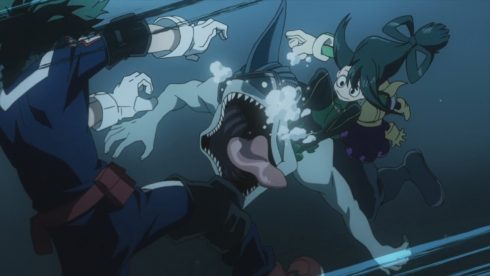 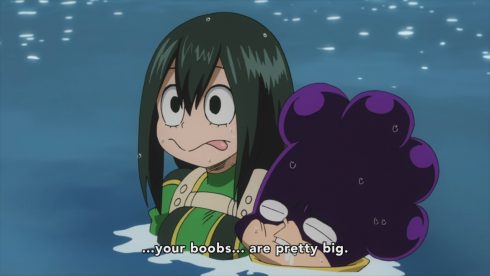 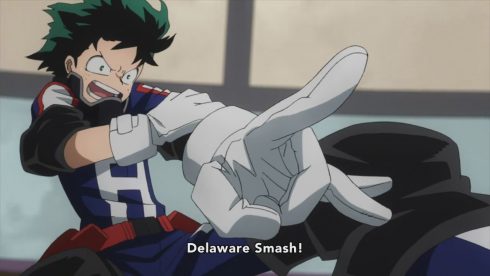 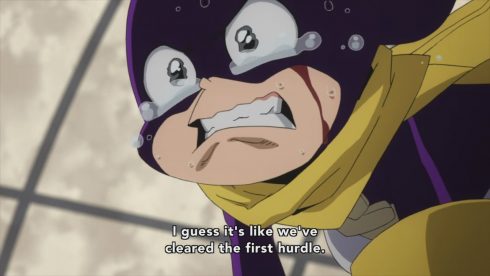 Certainly an episode that highlighted Tsuyu quite a bit. Had a great chance to show her abilities, but also her strong mental condition. Immediately after they were thrown in the water and being attacked, she quickly rescued both Deku and Mineta. Her quirk was important for the capture in terms of getting them out, but had to rely a lot on those guys to do their part. Certainly the powers of a frog aren’t bad at all for a hero. Makes her a formidable opponent in the water, but she’s pretty capable out of it as well. In terms of quirks kind of the Spider-Man of the group in terms of good agility and mobility.

That’s quite the laundry list of powers she has as well. Not sure how I’d feel about being able to toss my stomach to clean it up. Well I suppose…good when you eat something you shouldn’t? The toxic secretions could be handy in the right situation, but since they only sting their effectiveness depends on the situation. Maybe if you can get that in someone’s eyes to really harass them before delivering a finishing blow. Pretty solid all things considered. She has a lot of variety in her skills which will probably make her a very effective hero. Mineta’s skill while good in specific situations, does tend to require help to fully make use of. If he had a different mentality could be an Eraser-Head like hero. Using physical combat and his quirk to quickly capture enemies. Sadly he’s kind of just a dumb pervert so….not much hope there. 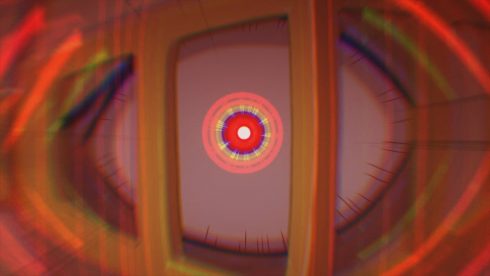 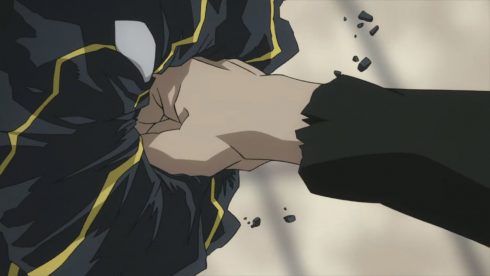 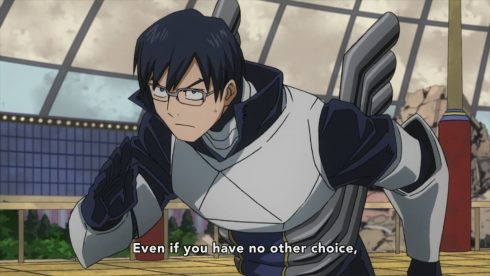 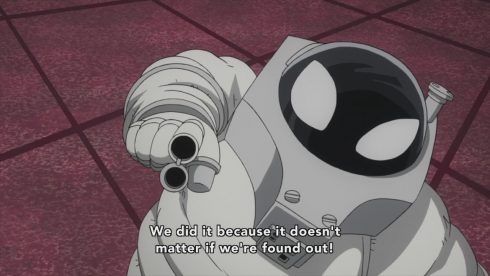 As awesome as the team effort for that trio was, I also quite enjoyed the scenes with the group at the entrance. Credit to Thirteen, a pretty darn good pro in his own right. Focuses on rescue operations so this kind of combat is a little out of his usual thing, but he’s doing what he can. The plan honestly is perfectly sound. Iida is their best hope for getting help in time. With his speed he can cover the distance the bus took back to school in no time. They need assistance ASAP and he can do that. His most useful role here isn’t fighting. He may want to help his friends by being there, but everyone has to do what they can. Playing messenger is far more effective than anything else he could be doing right now. Everyone standing together to support him on that escape, with Thirteen holding the front lines. True enough it doesn’t matter if the enemy hears their plans if they can’t stop it. Plus they want All Might to show up so letting Iida escape is beneficial for their side too. So….seems pretty win/win. Sure, it might bring far more than just All Might. But their plan is a failure if the man never shows up.

Credit as well to Aizawa for being pure badass there. The man may have some issues of attitude, but he takes his job seriously and is good at it. Even though he focuses on capturing targets he can also handle himself very well in a brawl. In a sense with so many enemies it’s a problem for all involved. He has to be much focused to cancel out quirks and be looking all around him so not to be caught from behind. But they never know who he’s canceling the quirk for until they try to use it. Failing to use their quirk can mess up attack plans and also freak a person out. Nothing more shocking to someone with power than to temporarily lose it. 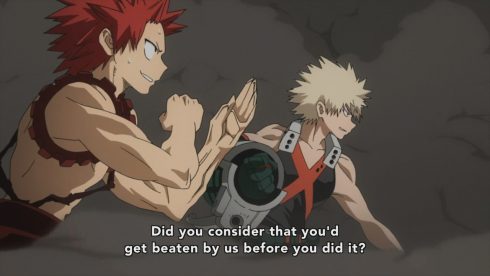 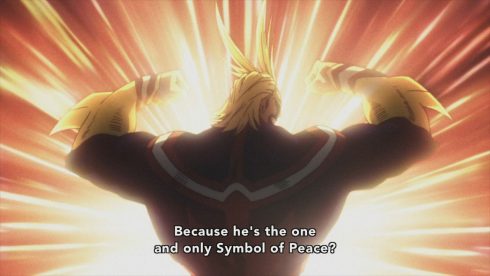 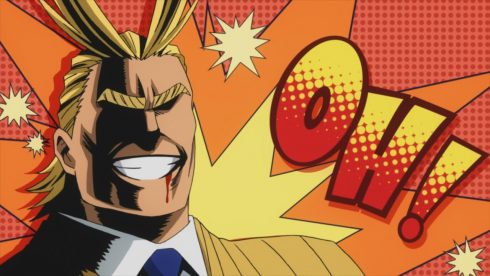 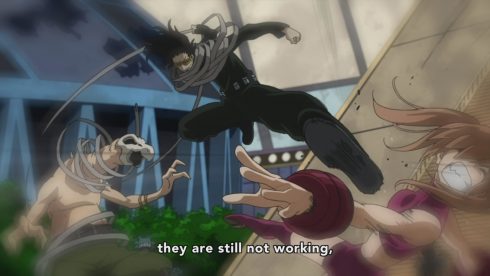 On the other hand….negative marks on Bakugo and Kirishima. There is something to be said about being courageous, but they both really just made the situation first. Getting in Thirteen’s way and thus leading to the group all getting scattered around the facility. Hot heads can really be a problem when they don’t think things through. Maybe Thirteen wouldn’t have been able to get in the way of that warp man’s quirk, but he had a better chance than those two who just intended to punch the guy down. Such is how it goes though. When a pressure situation strikes some people freak out and others lash out. They were trying to be helpful, it just wasn’t the best course of action.

And here we have the challenge to All Might as the symbol of peace. Hard to say what their particular goal is, but the danger is real enough. Whether they just have a grudge or are actively targeting the symbol of peace is up in the air. But they went far enough to steal the schedules for the classes in order to set this up and also went out of their way to challenge All Might. Their plan actually had him being there. The scary thing is that any plan against All Might doesn’t take into consideration his deteriorating condition. They don’t know that he’s passing along his power or that he’s severely injured. He’s only got 10 minutes or so in that form. Can he wrap everything up in basically no time at all? Will have to wait and see. 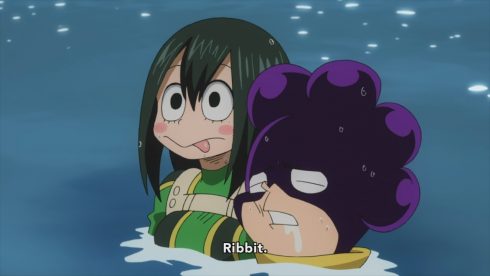 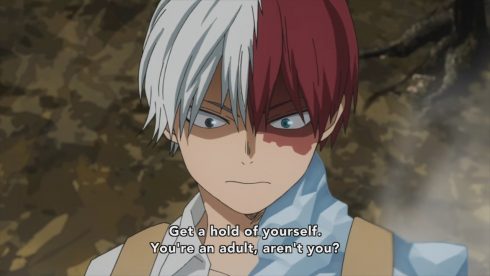 The battle continues next week. How far can the characters go against this villain group? The good guys do have the early advantage of the other side not knowing what their quirks are. But that will only last until the fighting starts. This is a school for the elite so their quirks are all pretty darn good, but they are still up against people who don’t have any problem with killing them. Could get pretty dicey. And really it may all rely on whether All Might can handle this situation in the state he’s in. I look forward to seeing what happens.