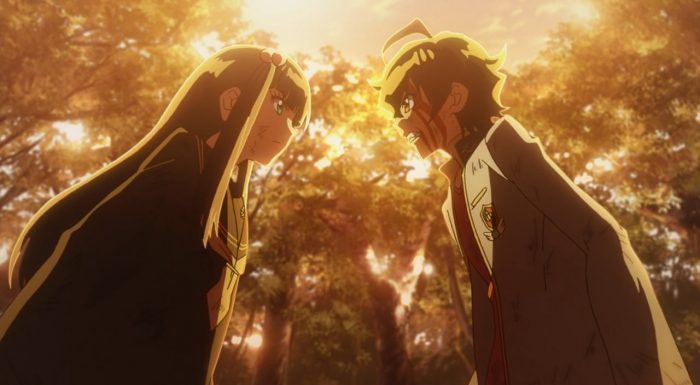 If the last episode felt like Sousei stepping up from being simply a good show, this episode seemed to establish it as having taken that step. This was a really strong episode for the show, probably one of the strongest since the first couple episodes. There was a lot of strong emotions going around in this episode. Far more for Benio than I honestly expected. This was really an episode that seemed to set her character arc more than maybe even Rokuro. Although this was definitely an episode that defined how Rokuro is going to move forward. Having a ghost from his past literally appear again and thus require that he really face everything. Before he was pretty directionless, only pushed forward a bit by the various events of the show so far. But now…he can’t run away anymore. He has to move forward and will do so with Benio. A horrible day for the both of them, but at least one that has brought them closer than ever. 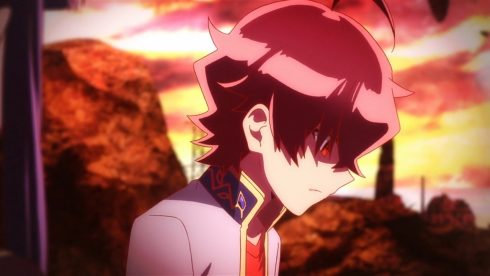 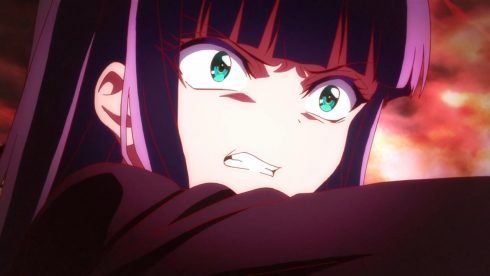 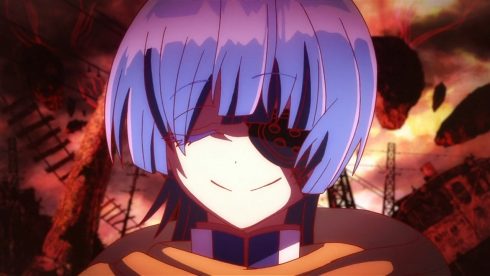 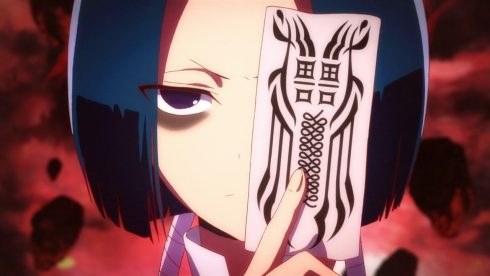 Talk about a rough episode though. Can’t say I expected the mysterious figure to actually be Yuto. Mostly since I didn’t really think he was likely to be alive. Seemed a very likely victim of all that happened those years ago. While I thought he might have been one of the kids to be corrupted….I didn’t call him being an evil psychopath. I mean….what the heck? Does seem like he decided to combine his powers with the kegare to get stronger and unlike others….it didn’t blow up in his face. Talk about a monstrous individual that is right up there on the pure evil scale. I don’t know if he got warped after being corrupted or not, but I don’t think so. I mean he was doing experiments and tests. Wouldn’t you try it out on yourself after testing it on others and not before? I mean I could see him having tested it on himself afterwards since apparently Rokuro put him in a life-threatening condition. I suspect if he had powered himself up in that fashion before then he probably could have held his own against even a berserker Rokuro. 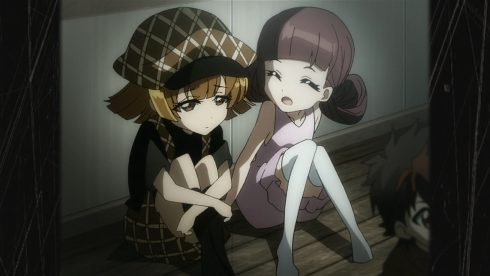 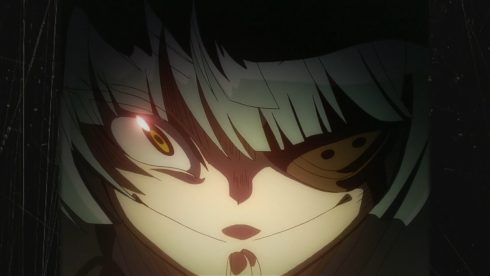 But maybe I’m wrong on that one. After all he did have a high level of talent before. The other kids mentioning that Yuto was strong like Rokuro already. But at the same time even taking the passage of time into consideration….Yuto has clearly surpassed Rokuro’s current state. That could be explained by already being basically on his level, but then going up a notch after being corrupted. In the end, it doesn’t seem like this kind of thing can happen without being intentional. So either someone did it to Yuto before or Yuto did it to himself. There doesn’t appear to be a puppet master behind Yuto right now. So for the time being I’m just going to treat Yuto like a psychotic monster until he’s somehow proven to be otherwise. Just easier than having to keep in mind that maybe he isn’t that evil after all.

One minor point to consider is that in the flashbacks for Benio he didn’t have that eyepatch and during the ones with Rokuro he did. So perhaps when he got injured it either screwed him up mentally or started his corruption in some way. 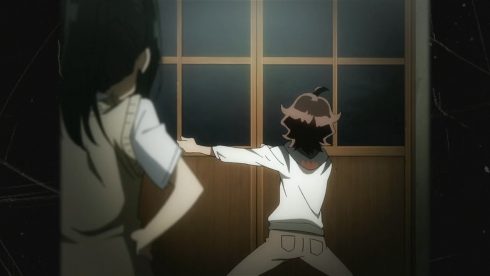 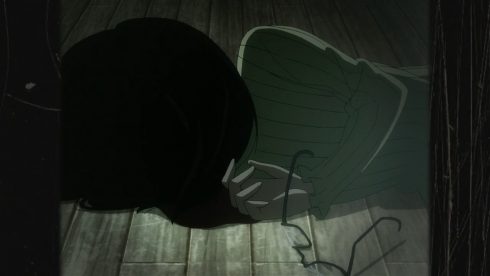 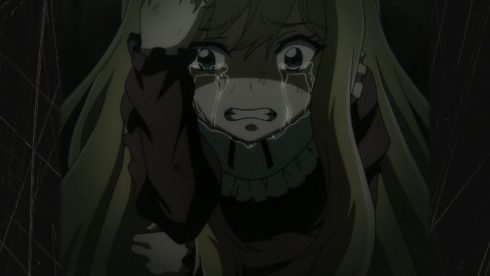 The end result was utterly horrific. I mean that kind of event can only be described as a tragedy. Not because of the loss of life which was terrible, but…how the lives were lost. The kids realizing something horrible was happening to them. Being turned into the monsters they wanted to fight against. Little kids…damn. That is some dark shit right there. Turned into monsters that then slaughter what students weren’t transformed. Those girls were outright murdered. The tragedy being that if Rokuro was prepared…maybe he could have done something to save her. The others were outside his control, he didn’t know what was going on. But that one was right there….This event was just a total and horrible tragedy.

And then you have Rokuro. I’m impressed he isn’t a psychological wreck. How does one even survive that? Seeing your friends turned into monsters by one of your friends and then having to wipe them out? Although now I think that opening scene is a bit misleading since I’m pretty sure Rokuro at that point would be yelling Yuto’s voice in rage and not grief…but oh well. Still a horrible situation and no wonder he was downright pissed when Yuto first showed up. 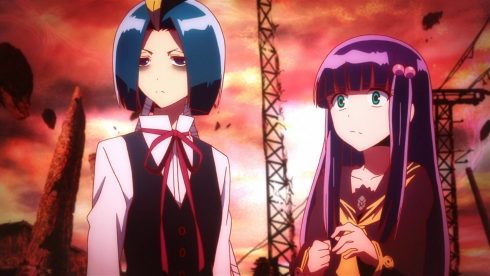 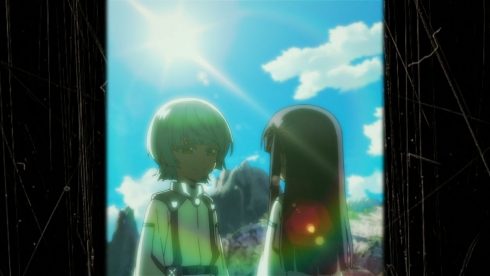 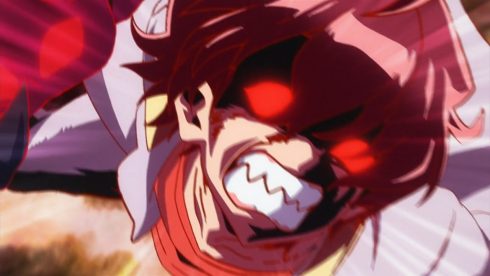 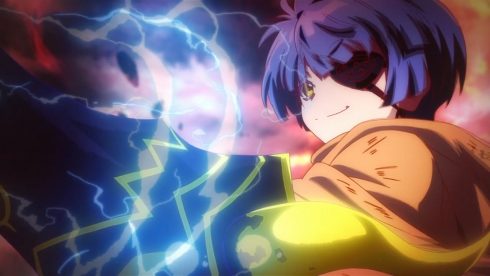 I did appreciate that what really set him off though was Yuto trash talking Benio. Rokuro does respect Benio and for that reason it was hard to explain the situation to her. How would one explain that another’s brother was a total monster? That was tough, but then having Yuto shatter all of Benio’s beliefs about him and the truth of the past….treating their parents like trash and basically taking shots at everything she had been fighting for and believed in….Yeah, I think Rokuro was right to be pissed. After all Yuto is full of it. Even if Benio has some limits in terms of pure power attacking, she is far above the average exorcist it’s not even funny. We’ve seen average onmyouji. We’ve seen what they can do and she’s well above them in ability.

I did approve that when Benio stepped into the action herself it was to stop Rokuro from his suicidal attacks. Intentionally created irony I’m sure, but ironic nonetheless that Benio started the episode wanting a fight with Rokuro and in the end had to take a shot from him to stop it. Because the fight couldn’t continue. Rokuro couldn’t take on Yuto in his state. Of course rationally you tell Rokuro and Benio to watch Mayura or just get her the heck out of there! I mean how long does it take really to pick up that girl, walk out of there, and then come back? Seigen really kind of was handed the stupid stick. Do something man! I get Mayura is in trouble…then get her out of there. I know that Yuto needs to escape for the sake of the plot to continue and thus Seigen can’t fight right now. But that was a bit weak. In that case just don’t have him there. Find another way for Benio to find out the truth or find out enough information to set events off. 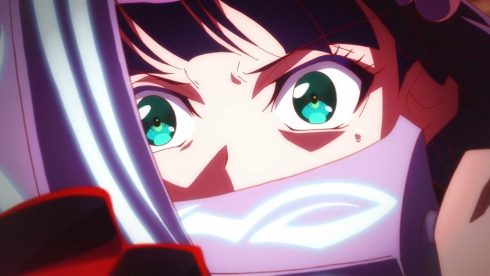 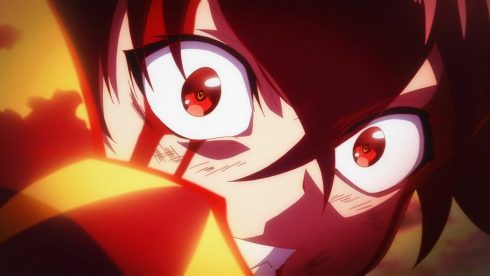 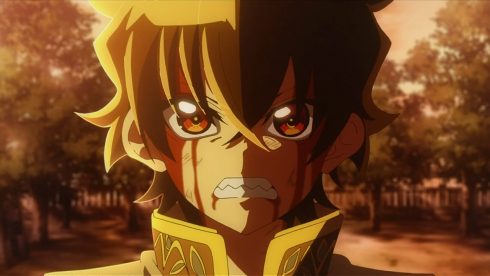 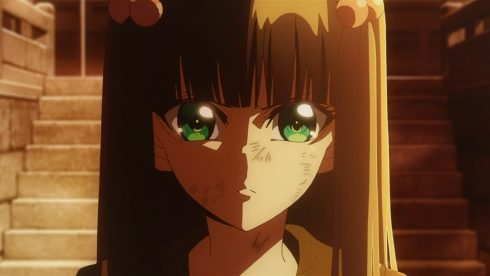 Just a freaking horrible day for Benio in a lot of ways. Her initial anger was completely understandable considering the situation. But things just went from hot to dead cold in an instant with the truth coming out. That everything she believed in about her brother was seemingly a lie. That under that kind mask was a total monster. I’m not sure how someone deals with that. Having a temporary shut down after being faced with all that was completely understandable. That was a very rough and difficult thing to face. But in the end she got herself up to stop Rokuro. Says a lot that her first act after they got out of there was that serious of an apology. For how much terrible pain her family had caused Rokuro and others. This reveal isn’t just a shock about her brother not being a good person, but that her family caused a horrific tragedy. That her family lead to the deaths of so many innocents.

A very strong episode for Sousei. The truth of that tragedy was more horrible than I could have fully expected. It was just a terrible event that utterly scared Rokuro. And the truth of that is going to weigh heavily on Benio as well. Though speaks well to the both of them that they could stand up and vow to get stronger. To stop Yuto and put an end to that horrible mess. Will probably require a bit of down time just to process what happened, but both will have to step up their efforts to be ready for that next encounter.