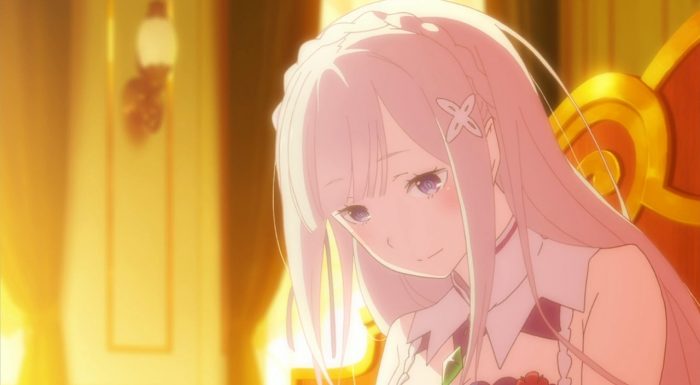 Another strong episode. It wasn’t the same level of emotional punch as last week, but it was still really good. Getting into what is hopefully Subaru’s clearing attempt through this situation. It was a really strong episode as you could see the kind of trouble that Subaru was getting himself into. Running into the kind of wall that I hadn’t honestly expected, but that makes total sense. Subaru worked himself so hard over the past few loops and hit this one with all the effort he could muster. But, there is only so much a person can honestly handle. 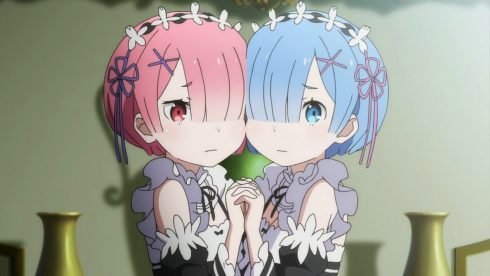 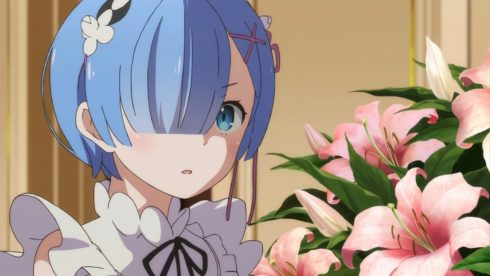 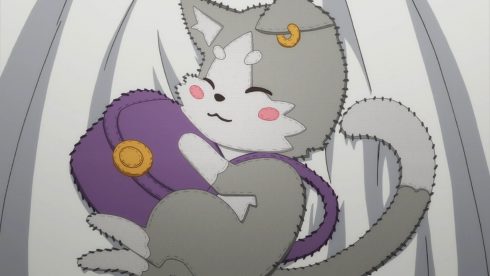 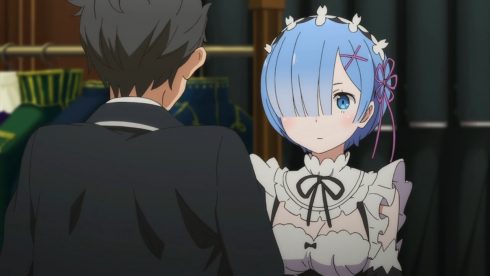 The mental strain for Subaru at this point was at the breaking point. It was less the trauma than the stress that he had so much to do and so little time. Subaru feeling that if he wasn’t giving 100% to this attempt at every single moment then he was wasting time. But the important thing to consider is that humans need rest. Subaru needed more than anything a chance to vent, grieve, and just stop fighting so hard for a short amount of time. Full credit to Emilia and Puck for realizing it and taking action to help him. It’s impossible to know exactly what he’s going through, but certainly it is obvious how much he’s suffering and nearing the breaking point.

What Subaru needed was exactly what happened. Someone to just make him stop, rest, and let go for a bit. Not having to keep up that mask of pure energy that was hiding just pure agony on the inside. Emilia’s instincts were spot on and Puck just gave her confirmation. Subaru tried to hang in there, but in the end…he just couldn’t. He needed that breakdown. It didn’t matter that Emilia couldn’t fully grasp the context of his troubles, but it was enough that she could just be there to listen. 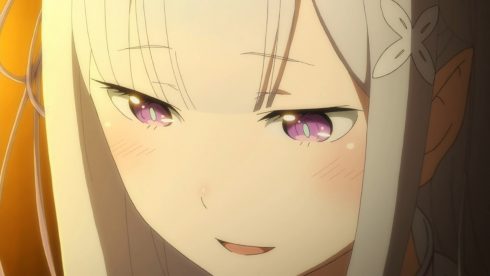 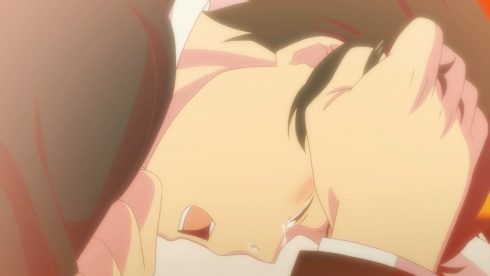 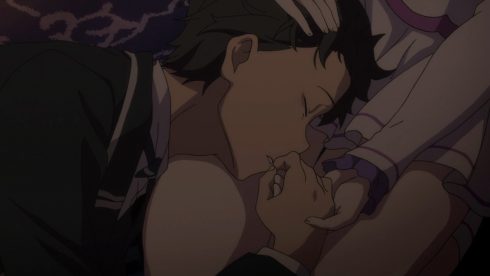 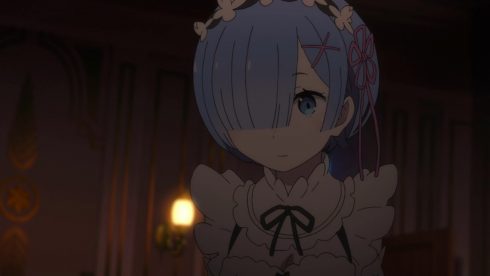 While Subaru’s actions may have been suspicious…I sure hope that Emilia’s words after to Rem have impact. There’s oddness and suspiciousness in his actions, but he’s not a bad person. Hopefully that is enough to keep Rem in check. That Emilia does trust Subaru and she should hold back from overreacting based on her suspicions. This was one of the best Emilia moments in the show and certainly in the past few loops. Getting the chance to help Subaru out with his grief and stress even if it’s just letting him cry it out.

It’s just a given that Subaru would fall apart. He doesn’t want to keep going through this. He’s had to rebuild these relationships over and over again. Stressing with the knowledge that if he screws up then the people he’s trying to protect will kill him out of suspicion. I just hope that he can figure it out this time. That he can avoid the killing and truly make it through. I’m not sure if Subaru’s mental state can hold up if he can’t reach the next save point soon. 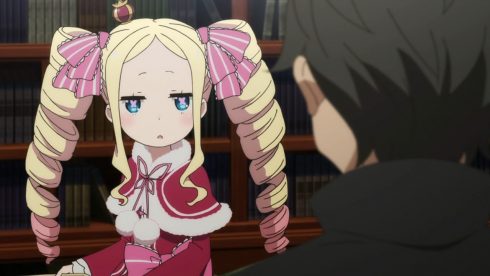 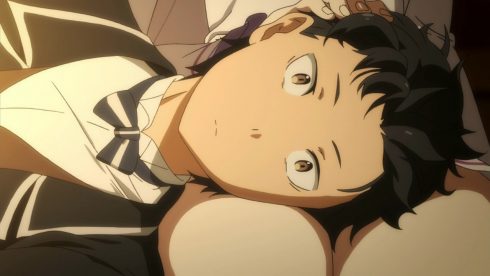 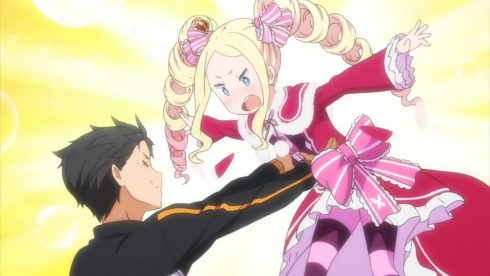 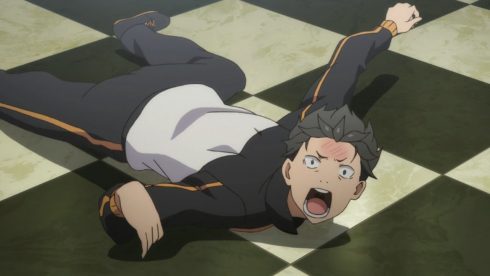 So now we have a lot of information to work with. In a sense it’s almost overwhelming. We finally know how the killer is targeting people and managing to kill them. Now it makes total sense why Rem and Subaru were killed. Subaru came into contact with the perpetrator and likely so did Rem. The difference being that Rem had to go shopping by herself and Subaru went with her. That narrows things down. And as unsettling as that is….the kids and their dog are prime suspects. Very possible them playing with Subaru or the dog bite is the key. All that is needed is one shaman mixing into the bunch and setting the curse would be easy.

Now also make sense why Beatrice seemed odd in the first loop. She likely could detect the curse on Subaru. Though kind of rough that she didn’t decide to take steps to deal with it before activation. Unless of course it was already activated in which case there wasn’t anything she could really do about it. But still, at least Subaru might have a shot. If he can get the curse out of the way and have Beatrice do something about it then things might be ok. At the very least he might be able to build up enough time to deal with the trust issue without such a strict time limit. 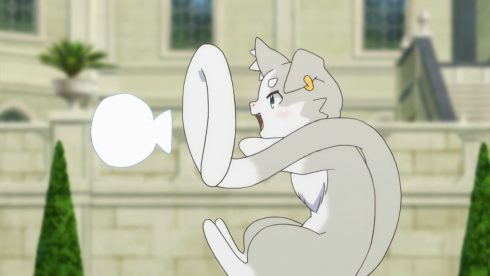 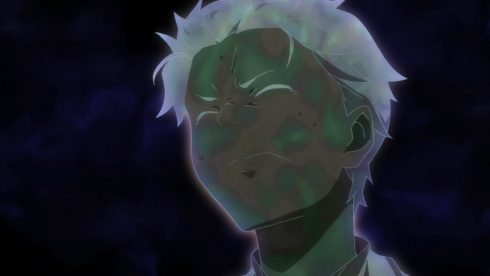 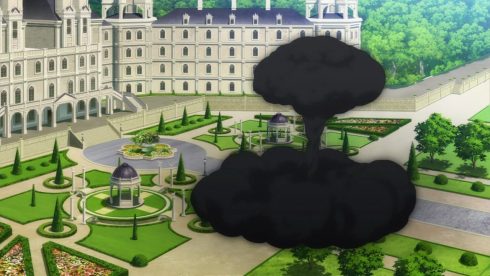 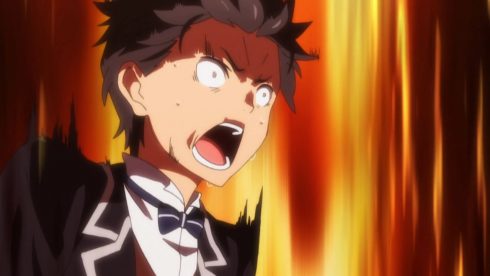 We also have the magic side of things. Hopefully Subaru even getting a tip about using spells might save him in the future. Be it stopping an assassin…or saving him from his own allies. If nothing else he can use that spell as a massive smoke bomb. Glad he’s gaining some skills though. If nothing else…constant repetition might be helping him out there. I’m curious about his shadow attribute as well. Can’t help thinking that the Jealous Witch by somehow passing this ability onto Subaru influenced his gate. That leading to him having this shadow attribute. Might also explain the restrictions put on his activity and why Subaru had such an extreme reaction to puck using that shadow skill on him.

And yeah a bit more information about Satella. That she devoured the other witches representing the seven deadly sins and caused havoc. Certainly someone like that could put Subaru in this kind of situation and bring him from another world. Though her motives are still completely unknown. Thus you could safely call her the Witch of Envy or the Jealous Witch without much trouble. Certainly Envy is a more common word for that sin, but Jealousy is a synonym for Envy, so I don’t see a big deal using that term either. 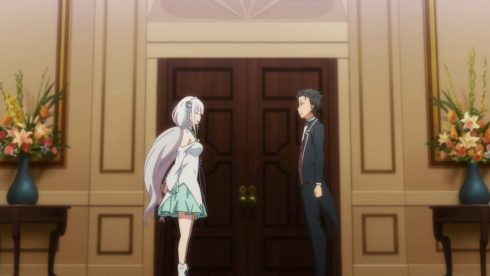 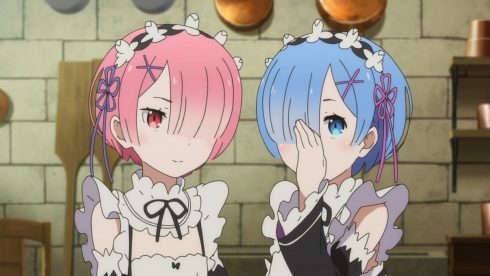 A lot going on here. Have to imagine that this shopping trip with Rem and Ram is going to be the all or nothing moment for Subaru this time. That Ram is going along is interesting. Could mean trouble. After all it is a bit odd for Subaru to push for this trip. But, if he’s going to have a breakthrough then having both of them there makes sense. He’ll need both of them to trust him if they are going to make this work out. I sure hope he can manage it. He has a much stronger bond with Emilia than in some loops and he’s honestly tried to work with Ram and Rem. Let’s beat up a shaman and get on to the next save!