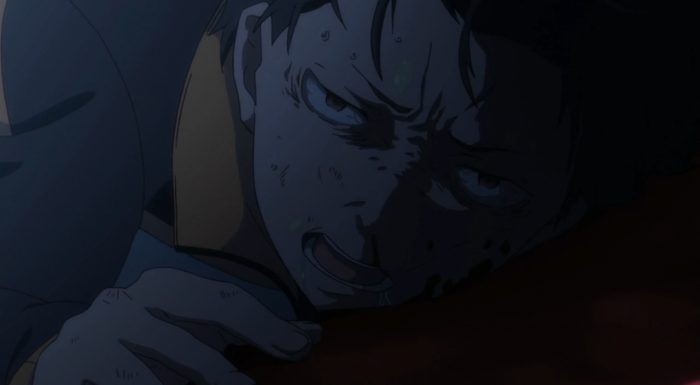 Holy crap this show just never pulls the punches. I expected the overall ending of the episode from how things played out. At the same time…I did not expect it to work out the way it did. This death completely went beyond my expectations and was an incredible scene. My apologies to Ram since I think this at least gives the impression that she wasn’t involved. Although I suppose you could theorize that it was a two-tier plan, if he fell asleep them peaceful assassination and if not….damn. But for now I’ll leave her as an interesting mystery since there is more going on with her. But for the time being I can’t believe she was involved in this. Unless those twins have powers beyond measure. There was the talk about demons but…I don’t know. This looked like a magical assassination to me. Which points towards Roswaal or possible Beatrice.

I don’t want to suspect Beatrice, but seems a necessity here. That blast that blew off Subaru’s arm and finished him off seemed very much a magical attack. She did knock Subaru around in the previous episode with some sort of forceful blast. Though since Roswaal is considered the best magic user in the kingdom then he is a suspect. He could possibly pull off that kind of messy assassination. Sadly it leaves Subaru still without answers. He has more knowledge than he did and a better grasp of the situation but….still doesn’t seem like he saw the killer. Which is a real shame since knowing who it was could give him a chance to prepare. Instead he might be left utterly terrified. This was a brutal execution by someone he couldn’t see. I’d be freaking out when waking up after the next revival. 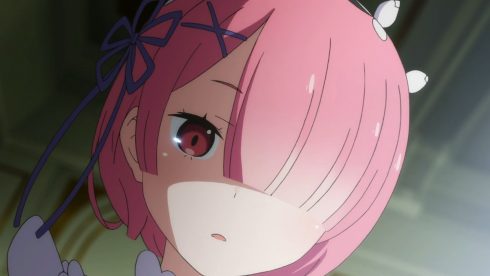 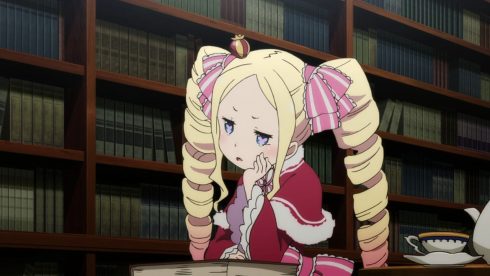 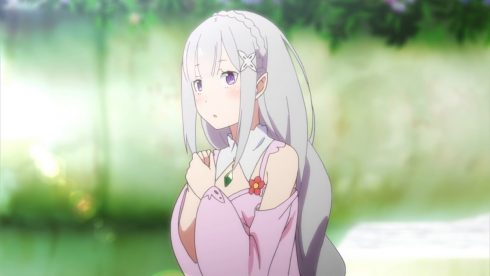 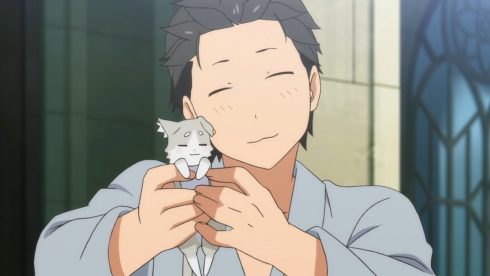 Understandably….Subaru had a tough time when waking up for this one. It’s just plain the fact that he didn’t see it coming. He expected to wake up and go off for his date with Emilia. Instead he finds himself right back in that room and meeting Rem and Ram for the “first time.” No shock that he freaks out and basically hides out in Beatrice’s room until he can calmly look at the situation. He worked through it, just trying to understand why he had died. It didn’t take long to get that the save point had shifted and treating it like a save point.

It wasn’t necessarily a bad idea to try and do things similarly. It’d be hard to prevent his death if somehow doing things in a very different way made his death point change. Not that he was in this ready to die, but at the very least he needed to figure out what happened to him. It’s not like he didn’t make any gains either. It was kind of important to work on his reading and writing. Mastering communication in this world will help a lot really. Who knows maybe even that children’s book will pay off in some way. 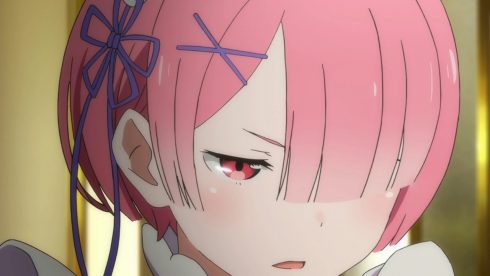 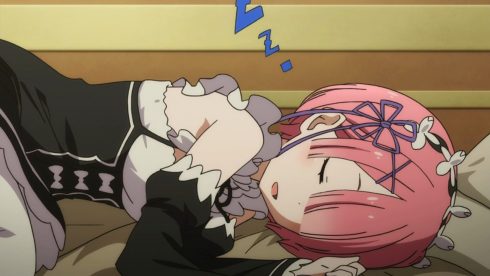 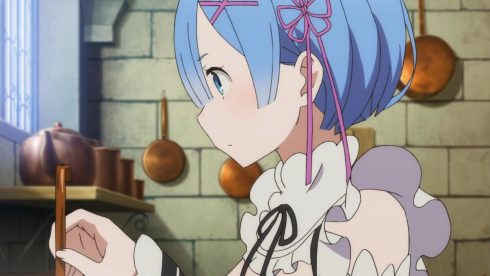 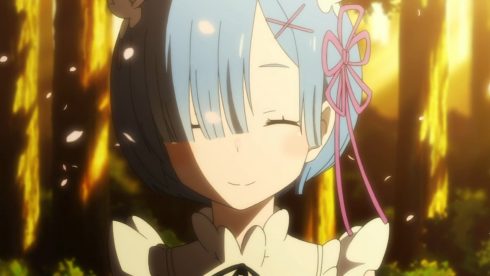 Another gain was getting much closer to Rem and Ram this time around. Instead of just working he was interacting with them more casually and Ram was helping him out with his reading. It’s hard to believe those two even under orders would just be ok with killing Subaru. Both of them had some pretty good moments I thought. Rem especially seemed to get along just fine with Subaru. The chat they had after shopping was pretty friendly all things considered. She did give a nice smile as well which makes it hard for me to believe she’s involved in this. At the very least I can’t see her being ok with such a cruel and brutal killing that we got in this episode.

It does make you wonder what Rem and Ram are. The demon chatter did open up an interesting angle. We’ve got a world with spirits so…why not demonic beings? It was interesting seeing that despite seemingly having all these superior skills that Rem doesn’t have a lot of self-confidence when it comes to comparing to her sister. Though it seems like she does nothing but cover for her sister with the mistakes she tends to make with their jobs. One interesting thing was that Rem and Ram were both considered too busy to tutor Subaru the night he died. If there was any decision made about his death would they be ok with or support Emilia going to tutor Subaru? Would there be any point to it? 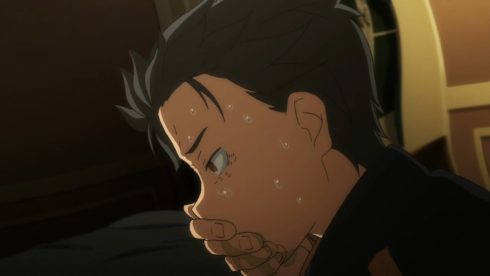 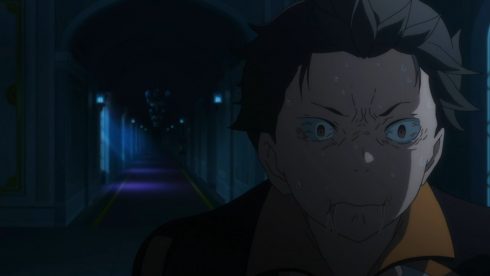 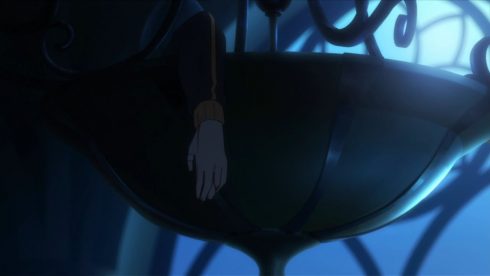 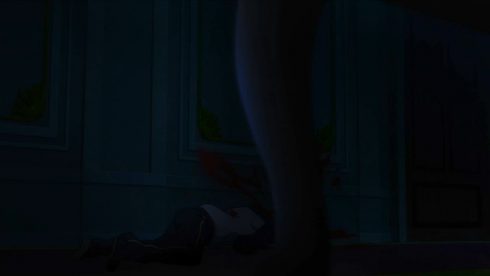 Have to go over that attack though. Just…what the heck happened here? At first it felt like some kind of poison effect or magic. Was the room really warping like that or were we getting more of Subaru’s point of view? If he was drugged in some way it would appear like the room was warping. Was cold, vomiting, just struggling to move and look for help. A really horrible feeling watching Subaru as he went along. He was in agony and just kept on moving. Let’s face it being in a state of constant vomiting is not pleasant. Anyone who has been sick recently could relate to that. He really fought to keep moving until….well he got smoked.

Whoever is behind this is pretty warped. Thus I’m really leaning to Roswaal out of the people we’ve seen. Beatrice can be odd, but not cruel. This was just cruel. Practically being tortured as he struggled through the halls until…something. A weird sound in the distance and then hit so hard that his arm was blown off. Some magic? Some kind of weapon? I don’t know. Either way Subaru was naturally left in utter agony from losing a freaking arm. Left like that for a while and then finished off. This was just a brutal killing and I’m not sure who the heck to point the finger to here. Was it really the twins? Could either of them really do something that horrible? Roswaal? Someone we haven’t met? Beatrice? It’s definitely pretty crazy and Subaru is going to be coming back in a very disturbed state after dying like that. 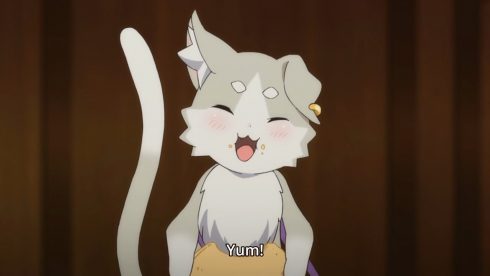 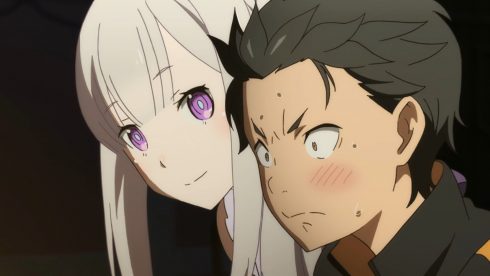 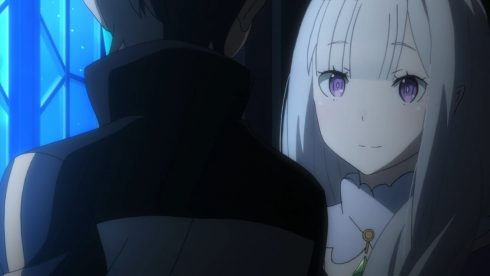 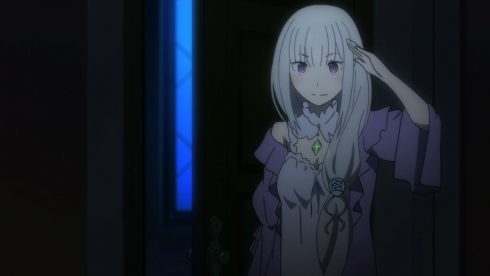 Dang this was a rough one. Subaru getting at least to the point of asking Emilia out again only to die like this. I’m guessing in the end his end game goal for this whole darn arc is that date. Fight on Subaru! For the sake of walking through a field of flowers with Emilia! You talk about characters getting harems or the girl without much work….here’s an example of the opposite. He’s literally dying and struggling like mad and the gains he makes are small steps ahead. Emilia said herself that only those who work hard are rewarded….if nothing else Subaru will be working hard.

The only other odd thing was how things played out differently despite a lot of Subaru’s actions being the same. He did have that outburst at the start but still….it’s odd. I suppose it makes a point that any changes he makes can have extremely different results that are hard to predict. I think approaching Beatrice is the key though. She was the one person he didn’t spend much time with and could be the key to saving his life. Can’t wait to see what happens.