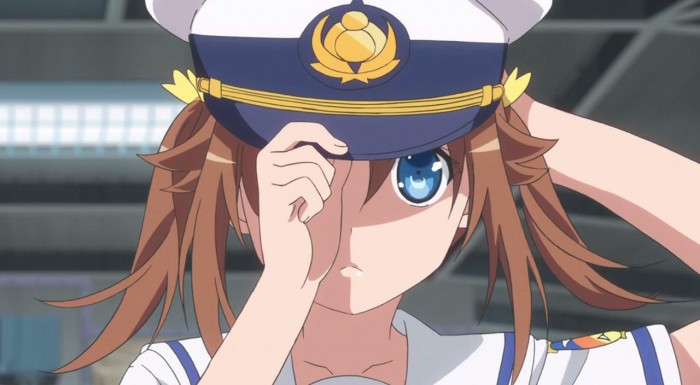 Hai-Furi is without a doubt one of the series that I was most interested about before it aired this season, and initially I (and quite a few other viewers) thought it would be similar to the justly famous Aria franchise, largely thanks to a meticulous and careful marketing campaign. However, with its premier episode many viewers were quite surprised as to the apparent actual nature of the storyline. Rather than the Aria franchise it is much closer to the inhumanly and absurdly popular series Girls und Panzer, and more than that – it appears to be much darker than said series as well. Many viewers were both surprised and intrigued by where they were taken by the narrative, and even if they did not connect with the characters they fell victim to the storytelling – what will happen next! 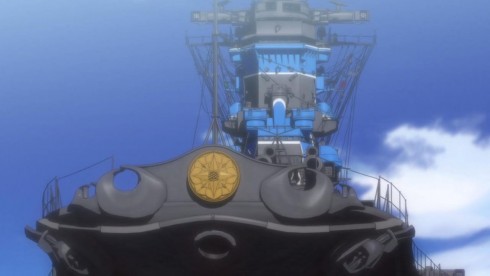 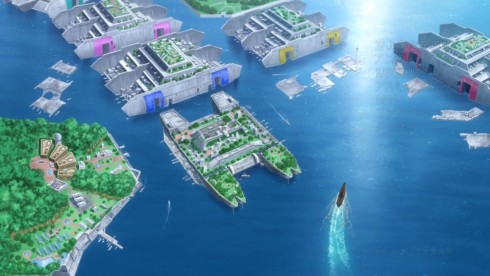 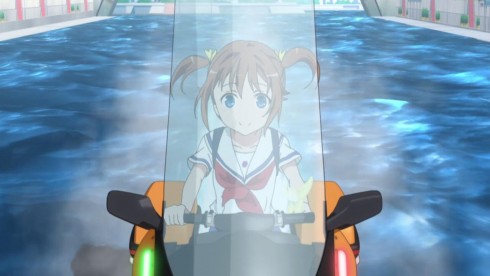 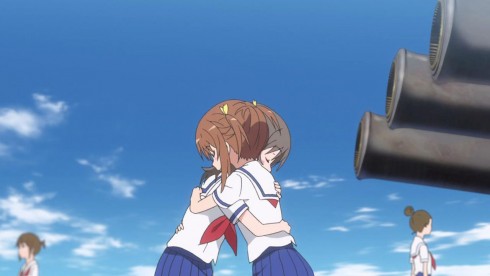 Here is a summary of the series: “With Japan having developed as a maritime nation, it became necessary to have specialized schools to teach skills essential to protecting the sea. The setting is one such all-girls school. The girls who enroll here study to become ‘blue mermaids’, through classroom instruction and teaching of practical skills. ‘Blue mermaids’ are women who pursue the ocean for their professional occupation. They live by the motto ‘In the sea we live, the sea we protect, and by the sea we go.’ They must excel in their studies, but must also adopt an international mindset. They are the ‘Elite of the Sea’, and are expected to be knowledgeable of the customs and cultures of other countries as well as their own.” In other words, these girls are just like the crew that staffed the ships in Girls und Panzer, but the ships are actual ships of war and they are trained to potentially engage in actual combat. 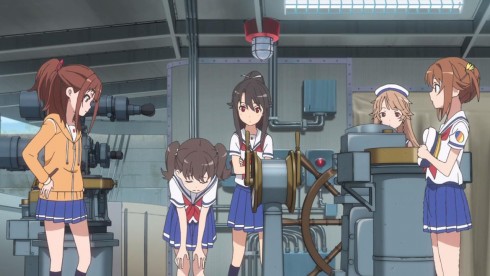 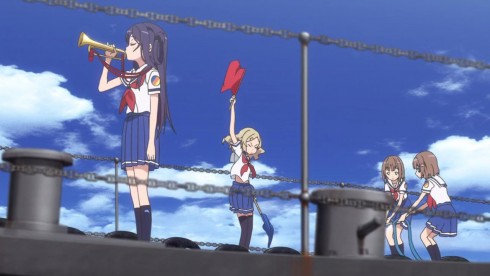 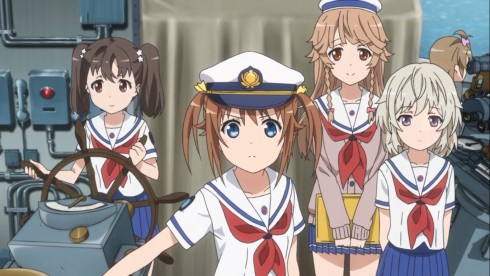 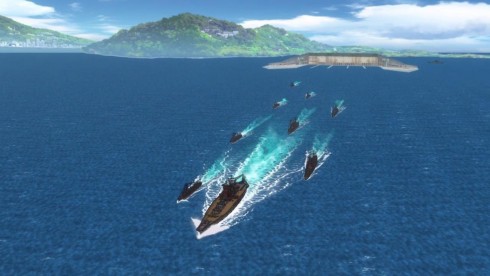 Unsurprisingly, since the subject matter is devoted to the crew of naval vessels of war the staff of the anime is … quite large. There are many, many characters. For ease of use here is a link to a listing of the crew of the ship that the main character is the captain of. And while the main character (named Misaki Akeno) is a captain of a Destroyer class vessel named the Harekaze, the other lead character, a childhood friend of Akeno who dreamed with her to eventually become a Blue Mermaid named China Moeka, is the captain of a humongous Battleship class vessel named the Musashi. 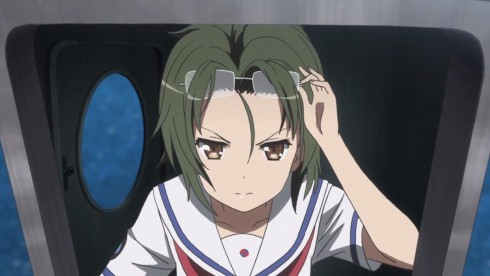 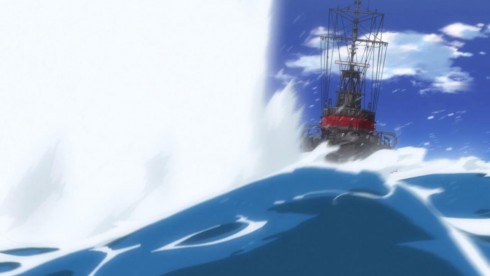 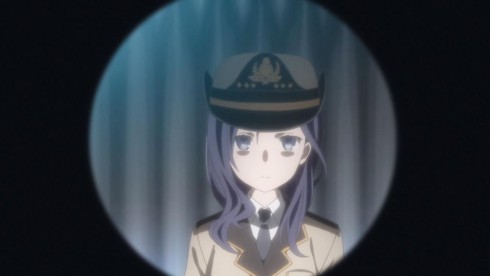 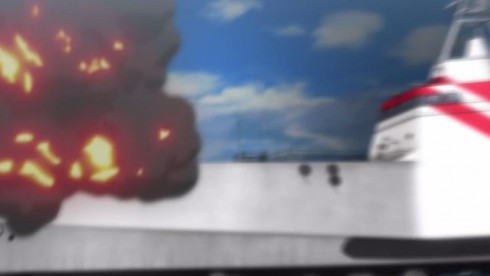 The actual progress of the narrative of the first episode involves both Akeno and Moeka joining the same naval academy after setting their goal to do so several years back, and both of them find themselves placed in the position of captaining a vessel (seems they are both thought of as highly competent and filled with potential) while undergoing their initial naval training with the other new students. The trip itself proves straightforward, but not uneventful for Akeno and the crew of the Harekaze Destroyer, as it has engine troubles and puts them behind schedule to meet up with the other vessels at the appointed location. What is their surprise, then, when the vessel belonging to their Instructor suddenly begins to open fire on them with what appears to be live ammunition! Akeno and her crew are understandably completely taken aback, and no amount of radio communication halts the bombardment. Yessiree – they are certainly “in a pinch”. 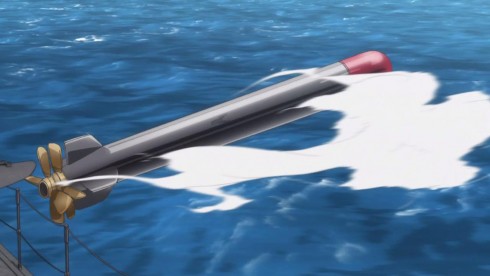 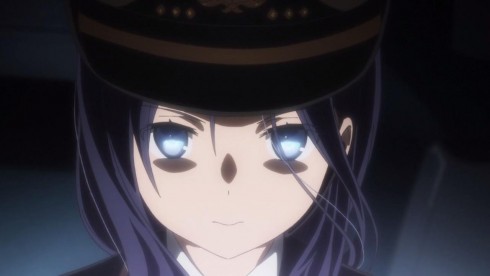 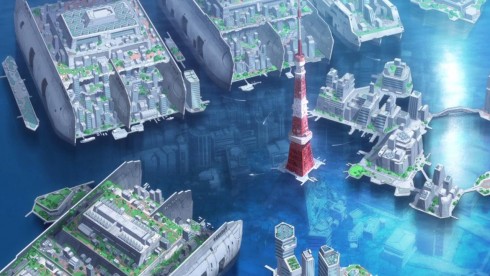 It is then that the most surprising part of the episode takes place. Akeno fights back and launches a torpedo at the instructor’s ship, which turns out to also be a LIVE torpedo, crippling the instructor’s vessel! That was unexpected enough, but then the Instructor radios in a distress signal with the misinformation that the crew of the Harekaze has mutinied (!), attacked their vessel (?!?!) and that action must be taken…. O_O And based on the radio talk after the (mis)communication things look … grim for Akeno and crew. To say the least.

Needless to say this ending surprised most everyone, and has created quite a buzz – those who were only expecting cute girls doing cute things in cute ways suddenly found themselves up to their necks in military warfare and possibly worse things. This has unsurprisingly given birth to a lot of speculation. An I definitely found myself among those who were (pleasantly!) surprised and wondered what in the world was going to happen next. The studio did a very effective job in paving the way for the first episode to sail out of port with a bang, and engage the viewers with the series! Likely I will not be blogging this one (though I was sorely tempted), but I do encourage all who enjoyed Girls und Panzer especially to give it a try. The initial episode was excellent.