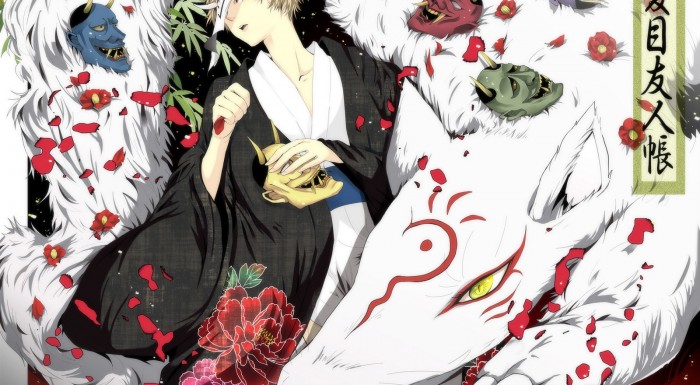 One can read more of the news here.

“The May issue of Hakusensha‘s Monthly LaLa magazine is revealing on Thursday that Yuki Midorikawa‘s Natsume’s Book of Friends (Natsume Yūjin-Chō) manga is inspiring a fifth television anime season, Natsume Yūjin-Chō Go, this fall. The issue also features a 46-page chapter of the manga with a color opening page.

All of the anime’s main staff members are returning from previous anime titles in the franchise. Takahiro Omori (Samurai Flamenco, Princess Jellyfish, Durarara!!), director of all the previous television anime seasons, will return as the chief director at the studio Shuka (Durarara!! ×2 The Third Arc). Kotomi Deai (Silver Spoon, The Rolling Girls), episode director of the fourth season and director of the Natsume Yūjin-Chō: Nyanko-sensei to Hajimete no Otsukai original video anime, will serve as director. Sadayuki Murai (Knights of Sidonia, Boogiepop Phantom) will return from the anime’s third and fourth seasons to handle series composition. Akira Takata (Hotarubi no Mori e, Haibane Renmei) will design the characters, and Tatsuo Yamada (Samurai Flamenco, Durarara!!) will design the monsters.

The anime seasons and Midorikawa’s original manga revolve around Natsume, a boy who has been able to see ghosts since he was little. Unfortunately, humans shun him, and there is not much fondness between him and ghosts either. One day, he inherits a Yūjin-Chō (“Book of Friends”) from his grandmother. The book is actually full of contracts that his grandmother made to trap ghosts. As one ghost after another shows up, Natsume tries to release or help them — even while many of them seek vengeance on him.

Hakusensha will release the manga’s 20th volume (pictured at left) in Japan on April 5. Viz Media published the 19th volume of the manga in North America in January.”

Every single staff member of A-Evo is quite excited about this announcement – the Natsume series is one of the collective favorites of us all. You can bet your boots that it will be blogged by one of us when it airs!

Here is a link to a trailer for it – enjoy!

For those who are curious, here are some links to our reviews of previous seasons: