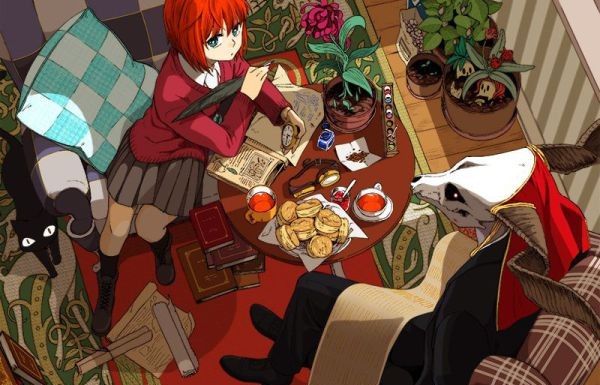 A few weeks ago an announcement was made that there was going to be a series of OVAs produced dedicated to prequel material of one of my favorite currently running manga series – Mahoutsukai no Yome, or “The Ancient Magus Bride”. To say that I and other fans (it has a dedicated and zealous fanbase to be sure) were ecstatic would be an understatement. But when a pv appeared the anticipation and excitement increased all the more – it was really, really well done.

Here is a link to an “official” announcement: 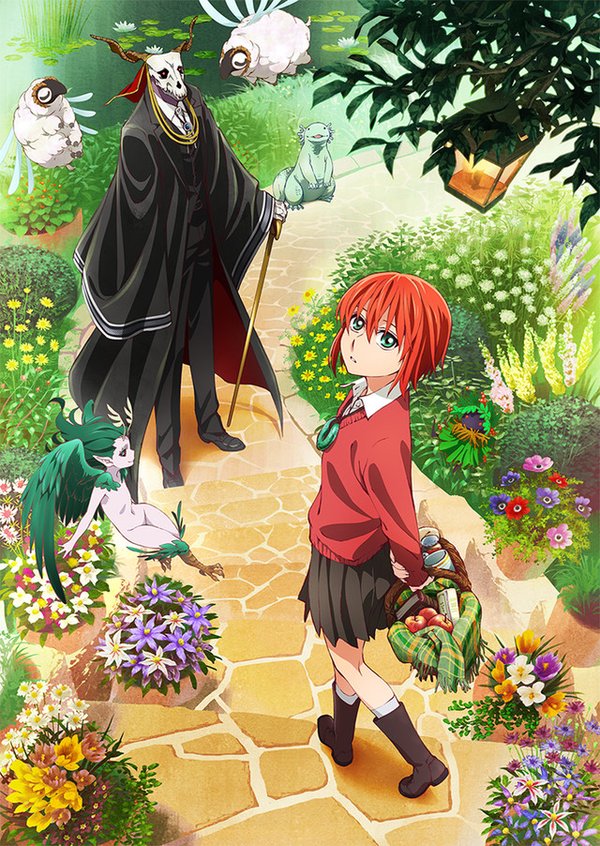 “Seven Seas publishes the manga in North America, and it describes the story:

‘Chise Hatori has lived a life full of neglect and abuse, devoid of anything resembling love. Far from the warmth of family, she has had her share of troubles and pitfalls. Just when all hope seems lost, a fateful encounter awaits her. When a man with the head of a beast, wielding strange powers, obtains her through a slave auction, Chise’s life will never be the same again. The man is a “magus,” a sorcerer of great power, who decides to free Chise from the bonds of captivity. The magus then makes a bold statement: Chise will become his apprentice – and his bride!’

“Yamazaki launched the manga in Mag Garden‘s Monthly Comic Blade magazine in 2013, but the magazine ceased publication on September 1, 2014. The Ancient Magus’ Bride moved to the publisher’s Monthly Comic Garden magazine and is also published on the Comic Blade online website. Seven Seas will publish the fourth volume in April.”

I would be totally remiss if I did not include a link to the preview!

Once again, you can be absolutely sure that I will be blogging these OVAs, and if this is (hopefully and as some suspect) this turns out to be a foreshadowing of the series getting a full anime treatment then you can bet your boots I will blog that as well!