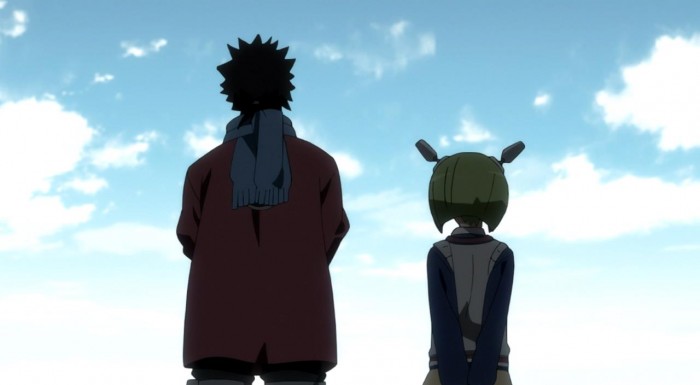 Well that ended better than I expected it to, while still maintaining some of that traditional conclusion disappointment. I’m of course, referring to Dimension W, the 1-cour anime series that has long had tragedy written all over it. The story, the world, the characters for this senin sci-fi manga adaption have been stellar, the production values equally so, and the only thing that’s been against this show from the get go, has been time. Time is luxury that few adaptions these days have, and Dimension W, despite being what one would call a winner in terms of story and quality, never really had too much of a chance for a real shot at greatness in today’s anime market.

Here’s the thing, shows like Dimension W, and even last season’s Sakurako-san (which admittedly was never on the same level as this show), are outliers in the Japanese Anime market of today. Series like Dimension W harken back to a time when mature storytelling, older characters and harder, edgier themes were king among anime fans. You can point to the late 90s or the Early 2000s for the kind era where series like Dimension W were common place. Hell, at that particular time, Dimension W may not have even been that special, just another drop in the immense pond of notable adult animation selections that filled the landscape. 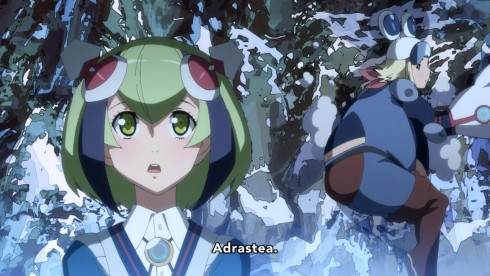 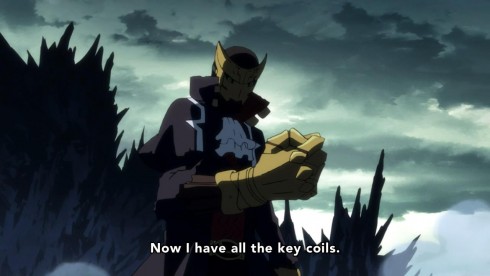 Yet, today Dimension W is a really special gem. Dimension W is a change of pace, its a solid story with indepth levels of world building and a fully constructed work mythos and science fiction that is the basis of its world and its story. Its kind of a tragedy that these sorts of things are rare in today’s world, but I think one thing that I’ve constantly noted and one thing that very few nostalgic loving people have called attention to, is the fact that we tend to give Dimension W a pass for a lot of things it does wrong, because of how different it is to everything else these days.

Dimension W isn’t perfect, and its a series that decides to cram in an insane amount of content into 12 episodes, with the goal of completing both a character arc, and telling a story with a reasonable end point. Your opinion on these last two episodes of the series will vary based widely on what you hold in higher esteem. Is a story best told while taking its time, properly and full addressing everything, or is it best to see it from a sort of straight start to finish? 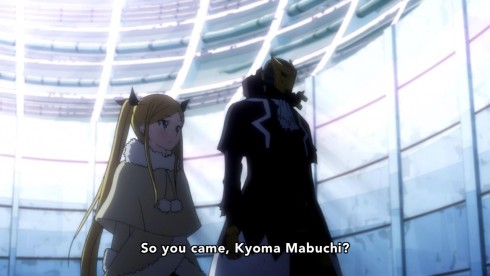 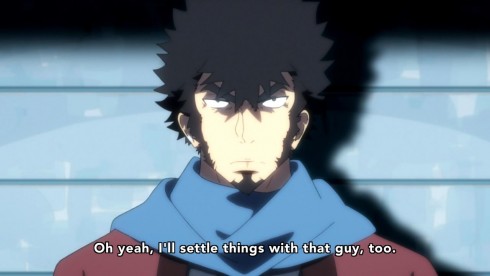 Its a hard question to answer for me, especially because I’ve often been burned by series that will make no attempt to finish off their stories. Yet, I’ve often found that with forced endings like the one in Dimension W, the franchise as a whole suffers to a much greater degree. Yes we get a nice character arc for Kyouma and pretty much resolve his side of the story, but at what cost?

The cost, to me, is the fact that we get an exceedingly quick, almost summarized version of what was a pretty clever, smart and in-depth story. There’s a lot that happens in this series, from the introduction of Kyouma and Mira, to the eventual backstory that we get to see for both, followed by the conclusion of at least one character’s character arc. 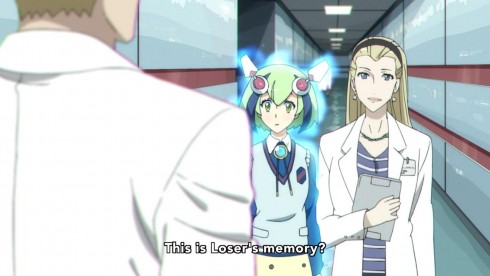 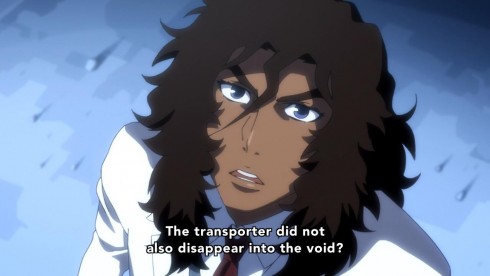 To me, a big problem with the dozen or so reveals and moments we get in these two episodes is that I have hardly any time to process them. We learn that Kyouma actually ended up choosing to destroy the Genesis Coil, a coil that had infinite power and could potentially make any possibility a reality, and we learn that its through this choice that he makes with Miyabi, that she both dies and Mira eventually is born.

Possibility is actually the corner stone of this franchise’s science fiction. Possibility is what drives the W Dimension and all its energy, and Possibility is the thing that governs life, and is something that is really not quantifiable. There’s a heavy dose of philosophy mixed in with the general scientific method, and Yurizaki’s whole idea of being unable to observe but still comprehend possibilities is pretty darn deep and exceedingly clever. 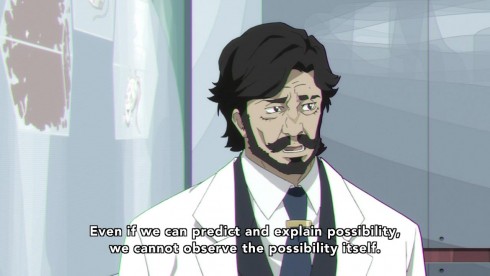 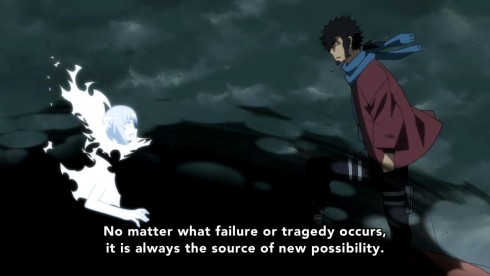 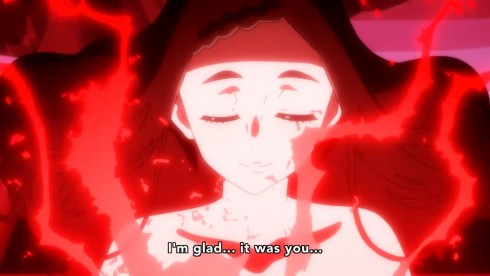 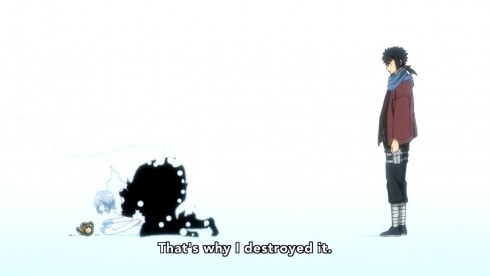 The fact that Kyouma not only realizes that his past decisions were not incorrect,  but that everything actually happens for a reason, is some pretty mature thinking that the series ends on. It really brings Kyouma himself to a new level, going past the grouchy, self loathing pessimist to a genuine optimist and a human being that can empathize and recognize that beings like Mira and Loo are genuinely alive.

I get that, I really appreciate the idea, but every time something cool or monumental happened, I couldn’t help but wonder what a little bit of lingering might’ve done to really sell the moment. We also not only see Kyouma’s backstory and resolve his character arc, but we also end up seeing Loser’s entire story and his eventual death. 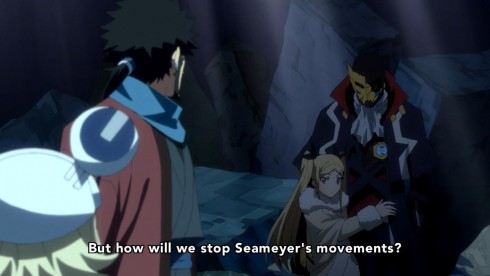 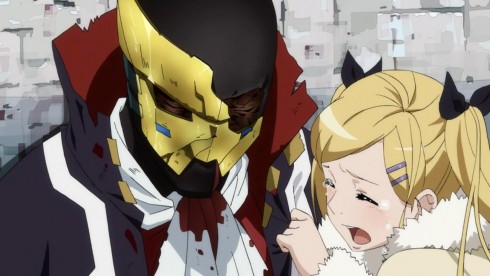 Loser is a nice contrast to Kyouma, in that he can never quite move past his pain, and is forever stuck in the past. His entire reason for existence is to avenge and free his wife Sofia, and as soon as he’s able to help Kyouma take out Schmeyer, he’s done and gone. And there’s a decent amount of questions left after his death too. Who is Elle? Is she really his daughter? How was she born when Sofia died on Adrastea? There’s a ton of questions like that, but Loser doesn’t even get much screen time for his big death sequence. He’s shown dead, and the scene quickly shifts to the next thing.

Then of course, there’s the big battle with Schmeyer, who’s actually still alive and well in the void, surviving on that one part of Adrastea that was teleported out via the Genesis coil. Schmeyer was actually a villain that I quite liked, and he had a presence and an insanity to him that made him stand out among a cast of likable heroes and anti-heroes. The problem with the more compressed storytelling that this series has to resort to, is a lack of development for its first major villain. 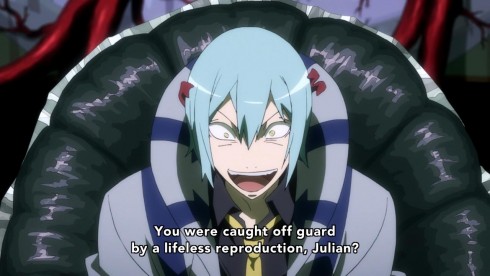 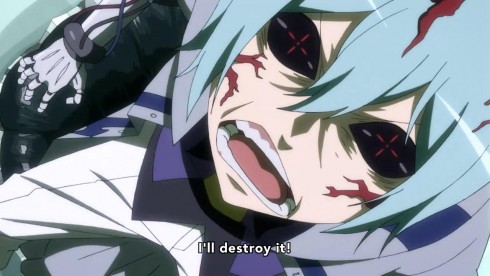 Schmeyer ends up just feeling freaky, cooky and crazy, and a big part of the character is reliant on seiyuu Kaji Yuki for his outrageous, whiny villain performance. It doesn’t exactly ruin the character or the story, but it does reduce Schmeyer to nothing more than a caricature of a crazy mad scientist rather than actual antagonist and villain.

And if this all wasn’t enough, there’s also the so called redemption or re-presentation of Salva and his relationship to Loo. The transformation of Salva’s feels so sudden because it happens so quickly. I have no doubt that in the manga, the layers are peeled back a lot more slowly, and Salva ends up being a much better person than first impressions give him credit for. Instead, Salva’s sudden transformation from completely and utter royal jerk, to likable big brother trying to save his younger brother, feels nothing short of jarring. 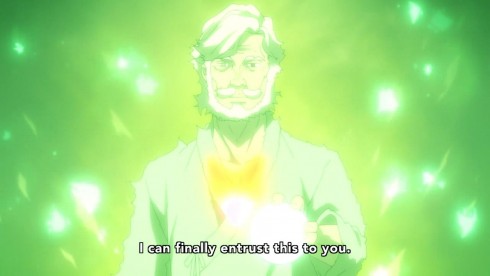 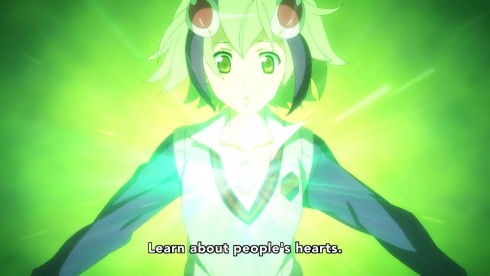 And its at the end of looking at all of these things, that one realizes that Dimension W does end up suffering because of its limited run time. Yes, we get a conclusive ending, one that actually kind of dulls the pain of losing this series so prematurely, but it none the less also devalues the story as a whole. Had the series been even stronger, and focused more on telling a slow but likable story, then it might’ve had a chance for a second season.

Right now, Dimension W is a series that feels like it could’ve been a lot more, had it been given more of a chance and more breathing room to tell its story. I have no doubt that Dimenson W will be remembered among western anime fans like myself as an instant classic, while Japanese fans and the industry at large will largely forget it. And its that sad reality, that makes this whole ending, albiet somewhat of a decent ending, really on the bitter end of bittersweet. 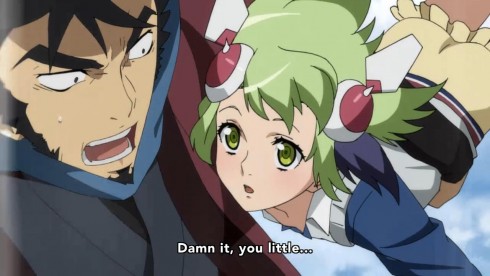 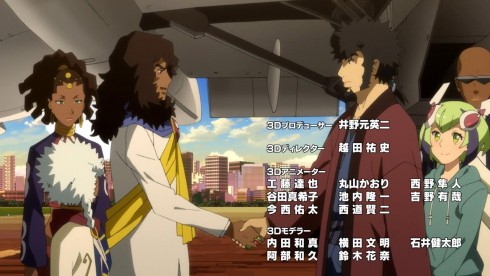 I know I’ve been really harsh on the series for its last two episodes, especially considering how much it juggles and accomplishes, but again, I’m being honest. I wanted more, I wanted this series to takes its time and give its story and characters their due. I wanted it to succeed and break into the mainstream because if it had really knocked it out of the park, it very well could have become something with staying power. I suppose we’ll never know for sure though.

In the end, Dimension W is a series that showed me a vision of something amazing, something that I had long thought wasn’t possible in today’s world. I had honestly pegged the series as a sort of trip down nostalgia, rather than something that could actually stand on its own. Once it became clear how good this show was, it genuinely won me over and thus made me greedy to experience it in full, rather than the quick, jam packed version we got. 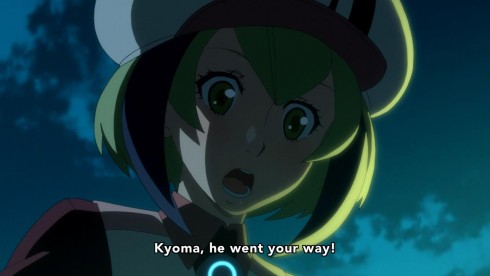 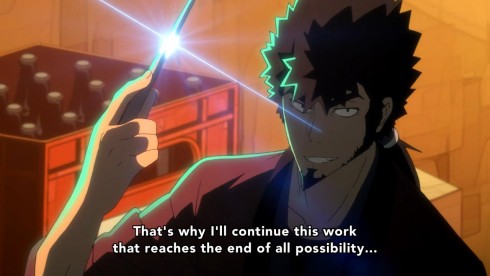 There’s always the manga though right? I mean, Kyouma’s definitely come a long way, and Mira now has a coil that’s actually serving as a sort of heart for her. There’s more adventures for these two down the line, and for once, I think if this show did anything, it sold me on wanting to continue with this franchise in manga form. While I can never really truly say that the anime was great or amazing, it came very darn close, and given the genre and the subject matter, that’s very high praise indeed.