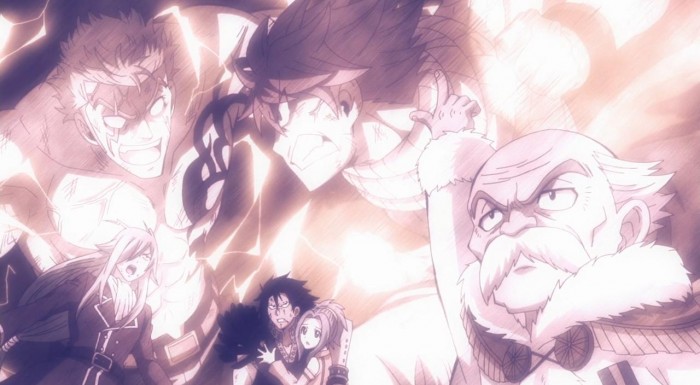 With the second Fairy Tail series having ended this past Friday (March 25th 2016), fans are obviously concerned about the future of the franchise in animated form. In a move that’s exceedingly rare in the Anime Industry as a whole, Fairy Tail creator and mangaka Hiro Mashima took to twitter to address both Japanese and English speaking fans directly about the issue.

The news is definitely good:

The current TV anime series’ finale will go on-air on
Saturday, the March 26th…(sob)
BUT!!!

The good news is that the project, led by myself, for a
NEW SERIES has already begun.
Please hold tight, and we THANK YOU for your support!!

Not only is Fairy Tail going to have another Animated project in the future, but its going to be one that Mashima-sensei himself is going to lead. While the conclusion and break from Fairy Tail is definitely tough, the future is looking a lot brighter than it did when the first series ended.

Personally speaking, its pretty darn awesome and cool to see that a mangaka like Hiro Mashima-sensei is so concerned and cares about his western audience and fans as well. Its something we western fans can definitely use more of, and it makes the eventual wait for the third series or Anime project all the more palatable. That and beyond just posting announcements, following Mashima-sensei on twitter is a pretty sweet deal, if only because he’ll post exclusive artwork and sketches on there.

Beyond just the upcoming movie next year, there’s also some OADs coming in the future, so the franchise is anything but quiet, even in the interim between series.

Anime Evo will keep you posted on any future updates, and we’d like to extend our special thanks to Hiro Mashima-sensei for keeping us in the loop.