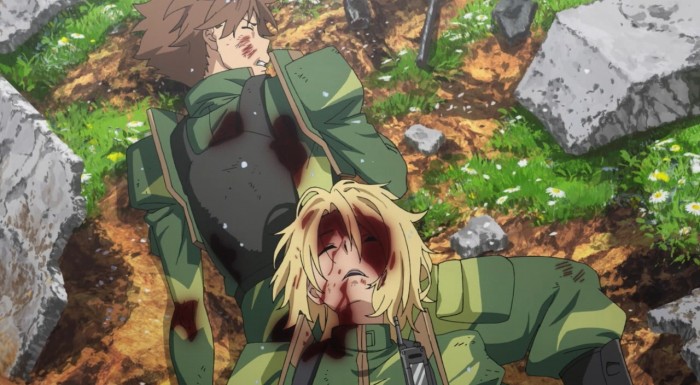 So the end has arrived. I did wonder if Heavy Object might get another episode and make this a three episode arc, but that’s alright. Considering the stakes and the situation it makes sense to just finish it up in two episodes. They can only stretch out Milinda going berserk in the Baby Magnum for so long. Especially since the situation was that dangerous and her Object can only fight for so long before needing maintenance. Something that she can’t possibly get while her mindset is as screwed up as it was there. Nothing overly surprising happened in terms of the overall story. Qwenthur and Havia of course managed to save the Princess and everyone got out of this alive. The question was always how Qwenthur was going to save Milinda, not whether he was going to. Though I suppose a more heartless person would have just shrugged and agreed they had to kill her to stop her. 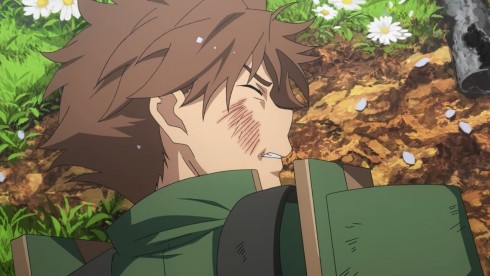 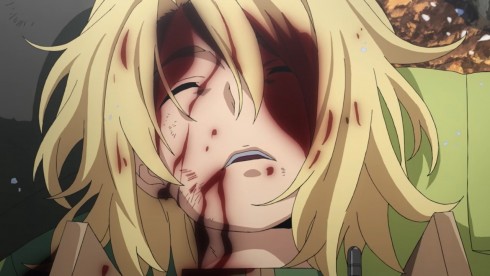 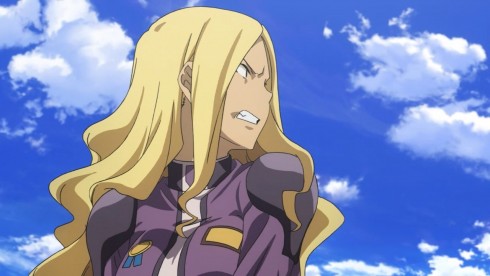 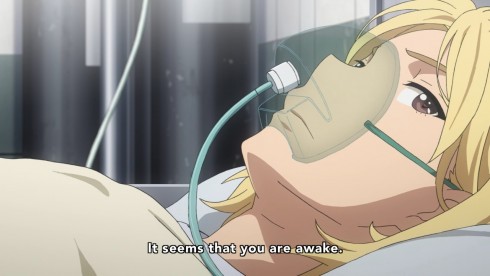 There were a few surprises though. Havia and Qwenthur took the most brutal beating of the series outside of the arc where they captured Flide. Of course it came from their own Object which would have broken Milinda if she had regained her senses after. Not that she likely came through this without a heavy dose of guilt regardless. Even if she had no real way to stop what was happening to her, it was her own hands that nearly killed Qwenthur, Havia, and even Frolaytia. Definitely one of the closest calls for the main cast so far. Qwenthur literally almost died on the table. Though the show had a tough balancing act. You want something as extreme as Qwenthur being found half-dead, getting surgery, and recovering enough to get back into the fight. All that while Milinda is actively fighting….wow that’s some quick medical work XD. Either that or props to Milinda for maintaining the level of concentration to fight for as long as she did.

Certainly didn’t quite expect the Maid core to help save the day again. Glad they didn’t wait for payment this time around. Had to really rush those two into treatment or else it would have been a disaster. Of course I’m sure Miss Ohoho played a role in this as well and pushed for the best care possible. Even if they are enemy soldiers she is completely absorbed in Qwenthur. Having him die would remove the possibility of her being able to acquire him later XD. Still she does deserve credit. Despite being tricked she still supported Qwenthur in his rescue mission. Honestly his argument wasn’t all that great and frankly it was to save a rival, but she couldn’t just let him go out there trying to resolve the situation alone. 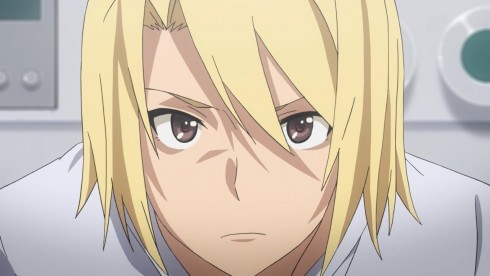 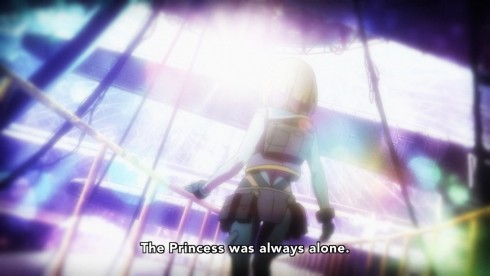 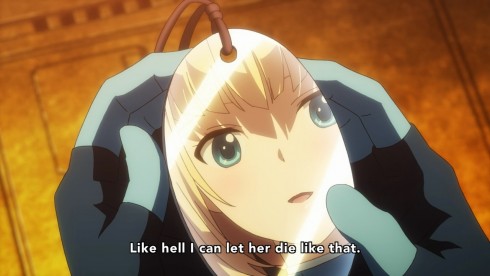 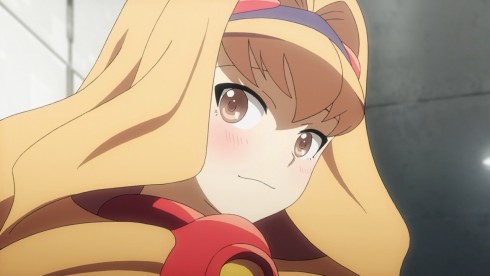 I will give the show credit that it managed to avoid the obvious solution. The mirror was kind of important, but it wasn’t the key part. The key thing was the maintenance that Qwenthur showed her earlier and making use of that to basically have the Baby Magnum self-destruct. The tricky thing was doing it in a way that would make the Object eject her, but not kill her before that could happen. There was never any danger of not being able to stop her. She was in a Gen 1 Object. As long as Rush fought in circumstances that gave it an advantage then it could win. And if other Objects got into the mix it would end even faster. The only reason Milinda is alive right now is because of good team work and Qwenthur finding the solutions to nearly impossible problems.

The mirror was basically just a solution to the problem that was Qwenthur and Havia nearly dying! You could argue a few things with that. The mirror distracting her enough that her aim was off, or maybe it interfered with the program and for an instant she was able to rationally realize what was happening and missed. Either way…it worked. Qwenthur and Havia survived and Milinda was ejected before she could be killed. 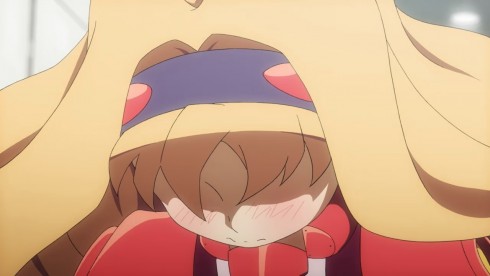 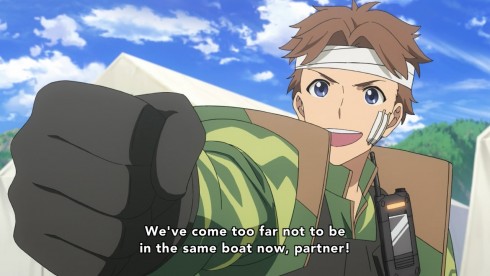 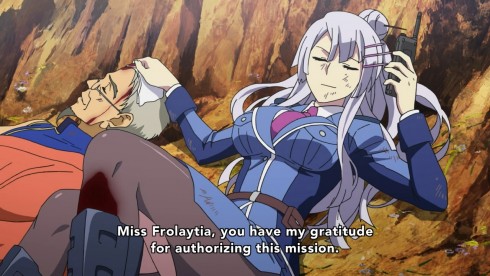 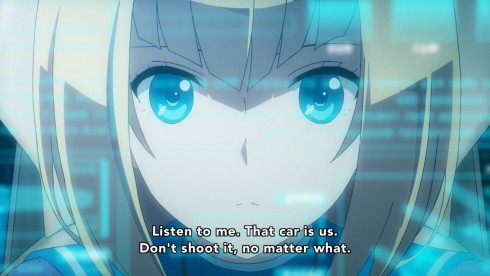 In the end it wasn’t a bad way to leave off really. It was very much a similar kind of story that we get with this show. Have to stop an Object and generally speaking save some people in the process. Once more Qwenthur took up his role as the white knight going off to save the Princess. It’s just that this time he had to save her from herself. She was in the same level of danger though as always. The other factions were going to destroy her and even her own government was fine with that. Qwenthur had to make alliances, create a plan on the fly and get it done. There was never a serious tension between the characters because they all knew it wasn’t Milinda’s wish. She was just trying to save everyone like she always tries to.

Glad in the end Milinda got a kind of happy conclusion. Sure she hasn’t confessed to Qwenthur and he doesn’t look close to confessing anything to her. But in the end….she got a date XD. Just with Havia around to carry purchases. What more could she really ask for right now? In the end her ED visuals kind of worked out. She got to go around with the guy she likes and have a peaceful little bit of time. Though I’m sure for them the war isn’t remotely close to being done. I choose to ignore the Guru’s words since…again it’s dumb. They have saved an Elite in the past and they did so again here. 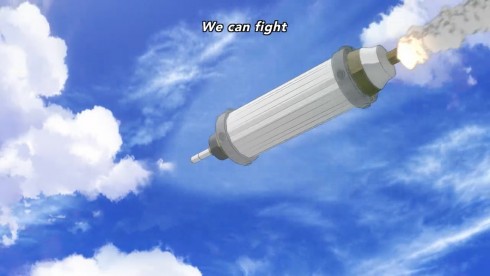 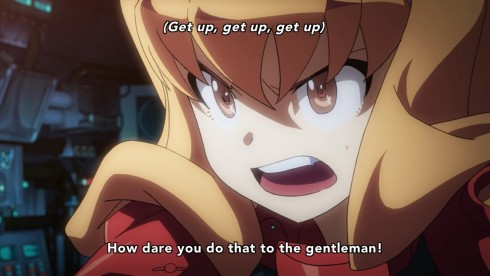 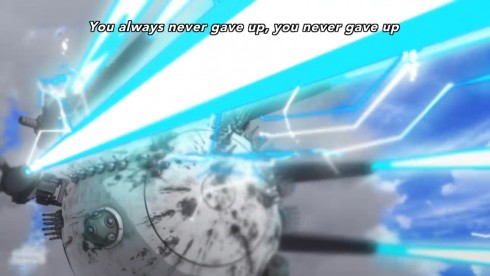 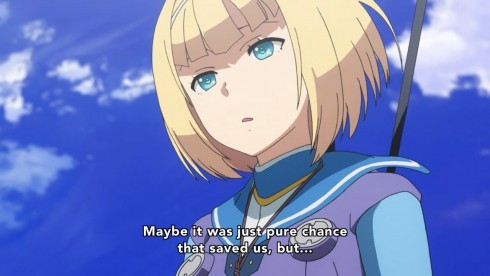 Final Thoughts
I’m going to miss Heavy Object in a lot of ways. It was a very consistent show for me. I always knew what I was getting with this show. Maybe not the best show in anime history, but it was good and consistent. It never really let me down. Sometimes I thought Qwenthur and Havia’s perverted aspects got a bit out of hand, but it didn’t kill my enjoyment of the show either. It was David vs Goliath. Constantly having to take on these monsters of war and constantly find a way to succeed. They challenged the status quo and the last little arc showed that the world may just push right back against them. It’s something to keep in mind as they go forward.

I think the show was pretty reasonable in what it set out to do. It was adapting source material that was probably full of technical terms and details that are hard to adapt to an animated format. They did a good job of giving us enough information to understand what was going on and the plans without burying us completely in exposition. The Objects themselves looked pretty well and I thought the fights between them were shown off well. A lot of explosions, danger, and a nice variety of weaponry. You can see how people would try to adapt to the world being controlled by conflicts between Objects and try to gain an edge wherever they could. 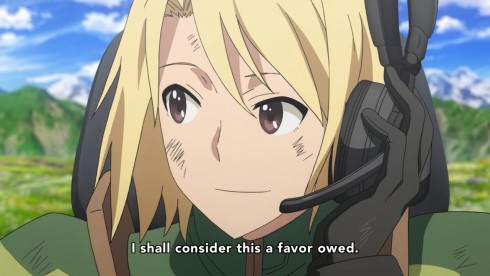 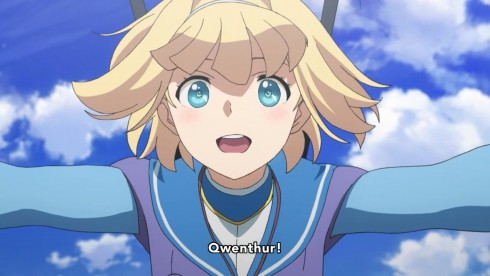 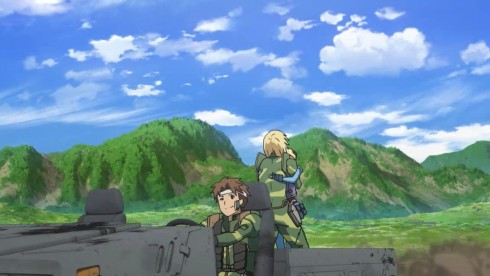 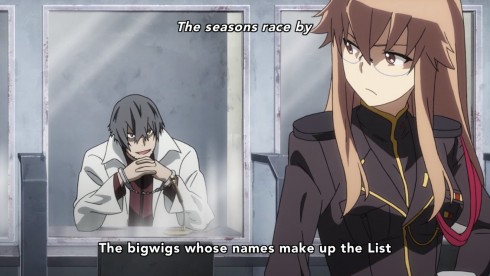 It was a show of two guys fighting in dangerous battlefields. Qwenthur was very much the harem lead of the show despite the fact that most of the girls in this show…were his enemies. A bit dense (or a lot dense) when it comes to the feelings of the girls who were interested in him, but the guy is still pretty impressive. He toppled Objects, weapons that people just presumed couldn’t be stopped by anything that wasn’t an Object. Credit as well to Havia though. He followed this lunatic student through dangerous situation after dangerous situation. Fought like hell and was a reason often that Qwenthur could pull off his crazy ideas.

The female cast was ok. Milinda was a very likable girl. Someone who had been raised from a young age to be this tool. Just a cog that makes the Object a functional weapon. But she was also someone who constantly fought on the front lines to protect those behind her. Her only real weak points was that she could be reckless and lured into traps. Along with that her feelings for Qwenthur could make her act immaturely. Frolaytia was an interesting commander. One who was more likable once I could understand her background. Before that she was the commander who harassed her soldiers. Though she was also one that would come through when they needed help. 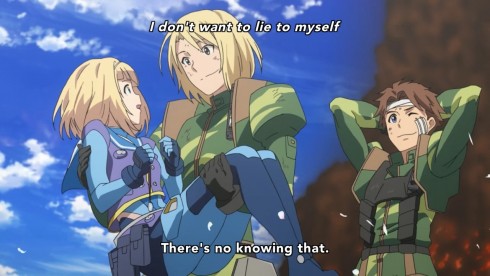 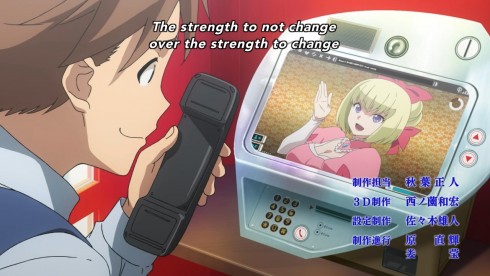 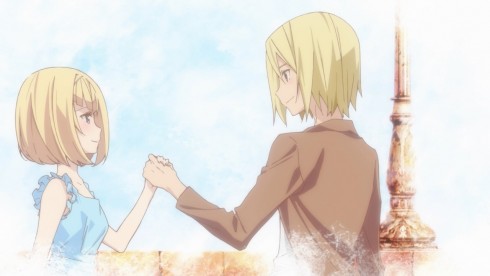 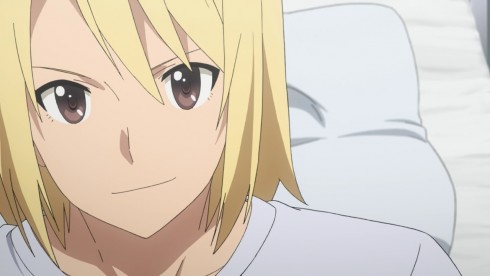 I’ll just say that this was a good ride. Heavy Object wasn’t the best show of the past few seasons, but it was a consistently good one. That is something to give credit for. I’ll certainly miss talking about the escapades of Qwenthur and Havia. But that’s how it goes. It ended on a positive note and I can appreciate it. No idea if we’ll ever see a sequel, but if not this was still a good way to stop. You know the wars will continue and that there is more going on behind the background “the list”, but stopping here is ok. We’ve seen enough and gone along for a good ride with this bunch.