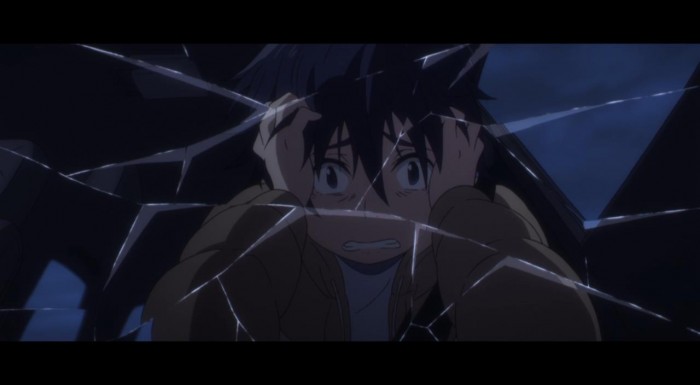 The long awaited mystery is finally resolved, or at least, a part of it is. For as long as I can remember, Boku Dake ga Inai Machi has been able to do the impossible; its been consistently able to surprise with the unexpected. The series has been able to do that for over a month now, and that in itself is an accomplishment. The problem, with mystery stories like Boku Dake ga Inai Machi is the fact that the solution can almost always never live up to the wonderful setup. So how then, does the show tackle the big reveal and answer to the question of the identity of the killer?

Well, it kind of just doesn’t make a huge deal out of it. For the first time since the series started, it finally lets up and falls into the practice of doing the expected. Its fitting, it makes sense but it would be disingenuous of me to say that I didn’t see this coming. There were always signs as to who the killer was, and those signs were more like blaring sirens than anything more subtle than that. But again, its worth noting that the whole reveal of Satoru’s “enemy” as it were, felt a lot more conventional than I probably expected it to be. Not that it was bad per say, because this episode was anything but great, but it just didn’t hit that level of: “Wow I didn’t see THAT coming!” 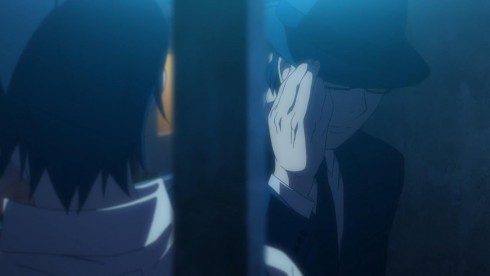 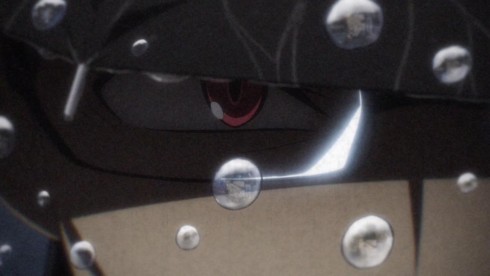 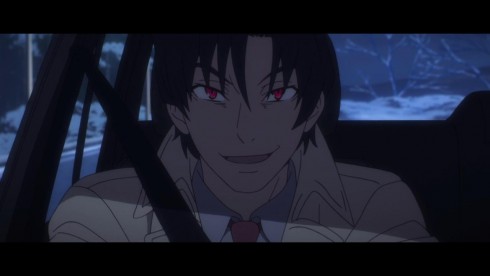 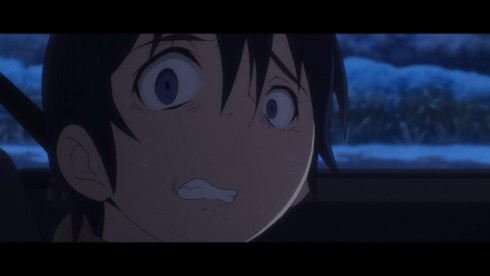 So lets stop beating around the bush and just say it: Yashiro-sensei is the killer. Yashiro the guy who seemed to fit the profile of the killer, who seemed shady from the get go, was indeed the guy behind all the killings. And If I were to elaborate on the earlier statement I made, the one about the show not making a huge deal out of the reveal, then I’d say that the whole scene with Yashiro finally revealing himself is the best evidence to that particular notion.

See when Yashiro finally reveals his true nature to Satoru, there’s almost a matter of factly tone to it all. There’s no big surprise, no twist, nothing inherently clever about the reveal. Yashiro being the killer is just a cold hard fact, and its less so because he’s so brilliant, and more so because Satoru is just blind to the very possibility. There’s no fantastical power that Yashiro has, there’s no big plot, there’s nothing altogether to special about him. Yashiro’s just your typical serial killer that seems to target children. 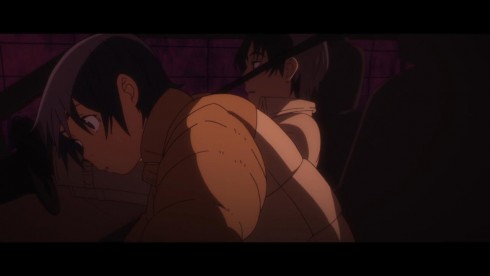 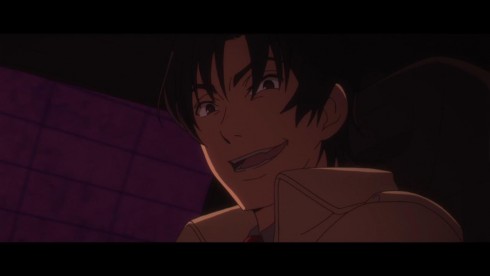 I think the show respects its audience enough, and I think mangaka Kei Sanbe respects his readers enough to just go direct and straight with this reveal. Yashiro being the killer is just a cold hard fact, and the even more colder and harsher truth is the fact that Satoru himself is a child and completely at the mercy of a killer.

There’s a real sense of tragedy to Satoru’s predicament, because for all the wins he does finally get, he still ends up overlooking one of the most obvious problems of his situation, namely that he himself is a child, and one that shouldn’t be moving around and about alone. Its almost ironic, in a way, because Satoru’s end is a result of his constant drive and yearning to save others. Its because of how much good he wants to do, that he doesn’t rest even after Aya, Hiromi and Kayo are all safe. Its because Satoru ends up following after another girl, Misato, the annoying one from earlier on in the series, that he ends up with Yashiro at all. 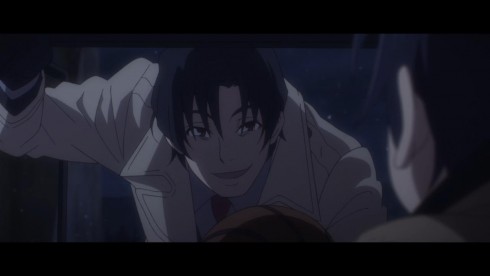 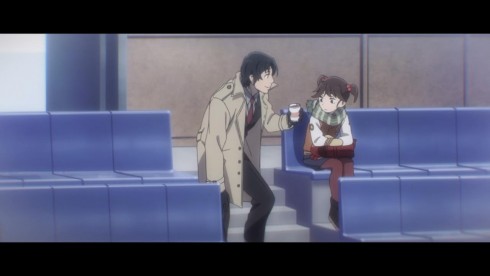 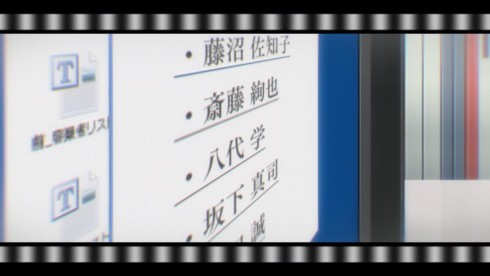 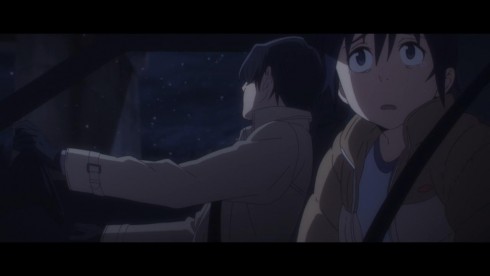 As for Yashiro himself? He kinda underwhelms as a villain, if we’re being brutally honest. Sure, Yashiro is clever, he abuses his standing as a teacher, and he’s a pretty devious, cold calculating killer, but he’s also pretty run of the mill. He’s got some weird thing about “filling voids” (hey, it sounds better than filling holes) with the death of young children, but there’s nothing really all that special or impressive about him. In a series littered with strong and deep characters, Yashiro is the most stereotypical character in the entire cast, i.e the nice teacher that’s actually a psycho serial killer.

The fact that Satoru actually gets done in by him? Its almost a shame. And yeah, speaking of which, Satoru definitely gets taken out by Yashiro, although whether he’s dead permanently is hardly up for debate. I don’t think this is the last we’ll see of our protagonist, and I’m sure the series will bring him back in some way, somehow, that’s not even a question. 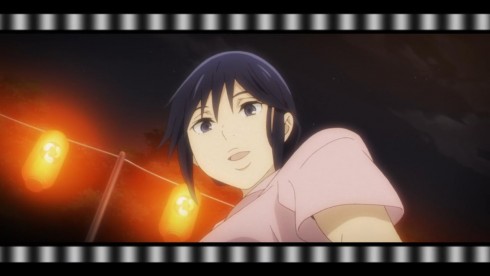 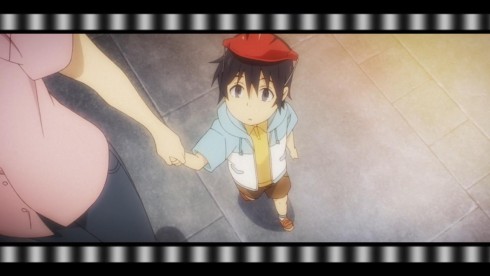 The question, is where the story actually goes from here, and what kind of ending we’ll get. The losers in the current timeline and situation are really just Satoru, his mother and Airi. Kayo and the other victims are all in a happy place, and I can see now why the story went to such lengths to distance and separate Kayo from Satoru. Kayo was always the girl who got away (except for the little detail that getting away meant dying). Now that Satoru’s saved her, in a way, her role in the story is pretty much over. Satoru’s become the hero, and saved the people that he regretted saving in his childhood. He might have even saved his mother from death, but imagine what kind of devastation that woman is going to go through, now that she’s lost her most precious person. 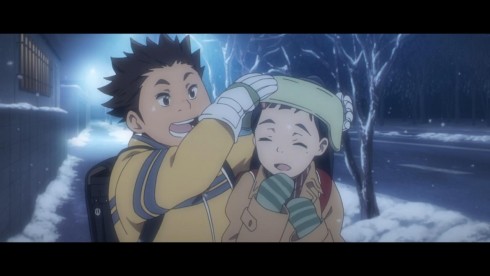 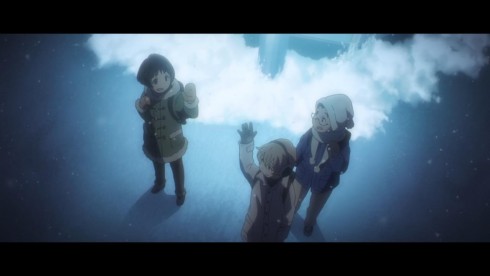 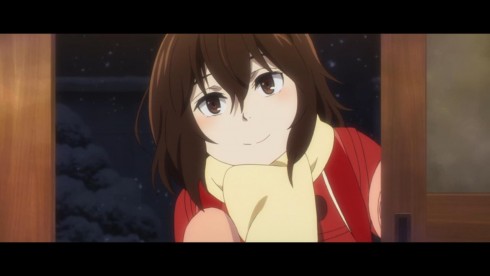 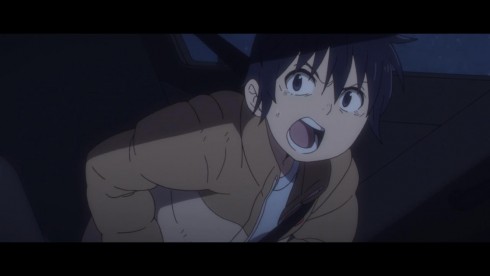 So in the end, the story has two options. It can either bring Satoru back, and have him defeat Yashiro, one final time, in the future. Or, it can do something else entirely, and go for some kind of bitter sweet ending. I’m not entirely sure which of the two paths its going to take, or if it’ll surprise us one final time with an unknown third path.

Even with a more sort of standard ending, one that never quite explains why Satoru can use his revival power and Yashiro just gets stopped, even that ending can work. The show’s given us such a wonderful journey that I could hardly even ask for more. I mean, just look at the title of this episode: “Joy”. 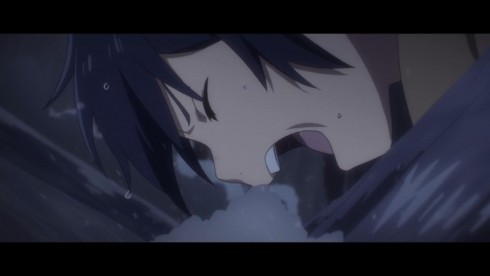 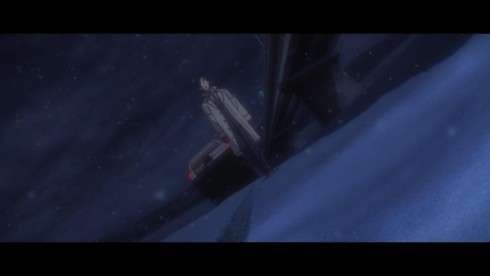 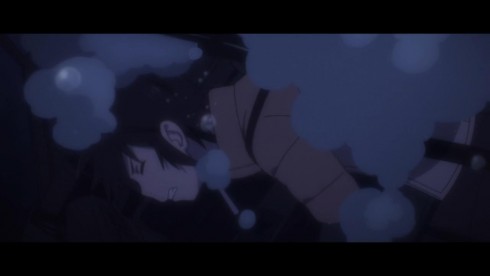 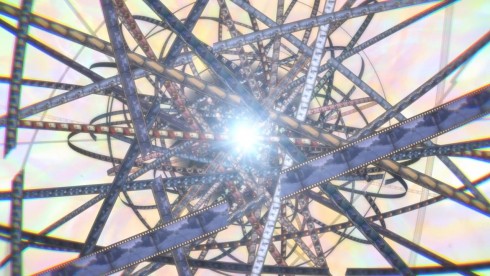 The title itself is such a smart little study on both the hero of our story and the villain. Its in this episode that we learn what joy means to the both of them, and how they’re pretty much at odds because of that. Its that kind of clever, self aware and deep writing that’s made this show such a joy to watch and experience.

The ending almost doesn’t matter, but we still have another two episodes to go, before this series wraps up. I really am curious about what kind of final statement Boku Dake ga Inai Machi is going to make in its final moments. I do know that we’re long past the point where the series needs to prove itself, so now its just a matter of patiently waiting for the inevitable conclusion.