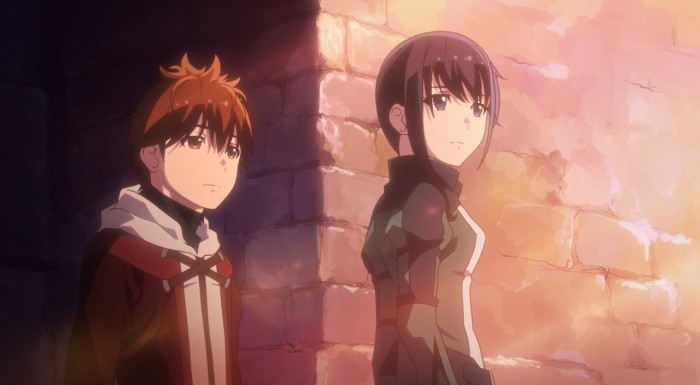 After such a strong week, it’s almost a given that a show will take a slight step back to just breathe. Not that this wasn’t still a good episode, but it definitely was one of those episodes that spaces out the intensity of the show. Necessary for the characters and probably the viewers as well. Seeing how everyone is now spending their time. They are all more or less used to this world so it’s not like the first few episodes where they just kind of hung around town. Everyone finding their own way to spend time and spread out. Still coming together in the evening, but for once not hanging so close together. Even Shihoru wasn’t just hanging onto Yume for the episode, but spending time in her own way. Showing her growth in how she could stop and talk calmly with Haruhiro. She will never be a chatty character, but it was a nice sign that she could just have a conversation with a guy who isn’t Manato and isn’t a love interest in any sense. 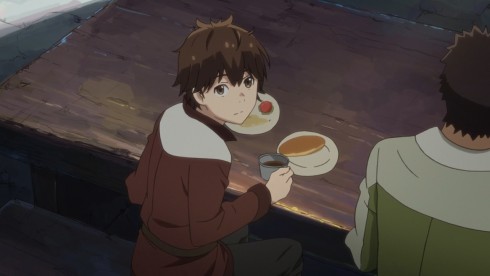 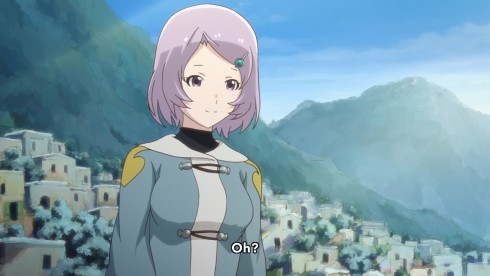 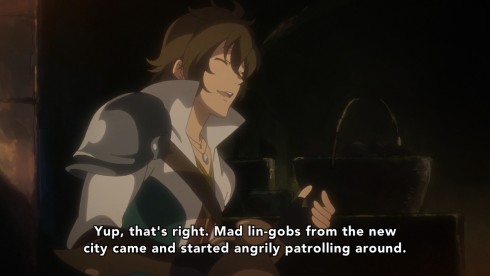 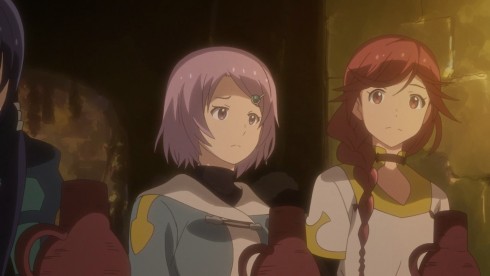 A nice change of pace though for the group. They’ve been fighting and training on a daily basis for a long time now. At most they’ve had breaks after a fight like with their first ‘kill’ in the early part of the show. But a full blown day off? That hasn’t really been an option. Especially with their focus on avenging Manato. It’s fine since they did really need to consider their options going forward. Also they ironically dodged a bullet by taking the day off so they could get intel on what is going on in Damuro. Goes to show the difficulty in handling the monster threat. They did a lot of damage to the goblin population and wiped out the group that basically was controlling it. You have other goblins out for payback and probably also a power vacuum being filled. Does kind of eliminate Damuro as a ground for new soldiers now.

Also an interesting bit of information is that there are new people. While we haven’t met them, as we can see…this has been a pretty constant thing in the world. People just randomly popping in there. Even the main cast just kind of nods at this point to it. Whatever going on, it is kind of insidious. The main cast has barely even thought about their lost memories or where people are coming from. We’re probably never going to find out what is going on in the show, but it is something to think about. 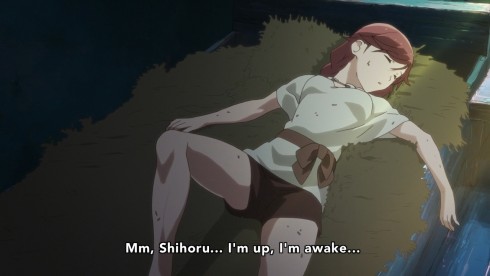 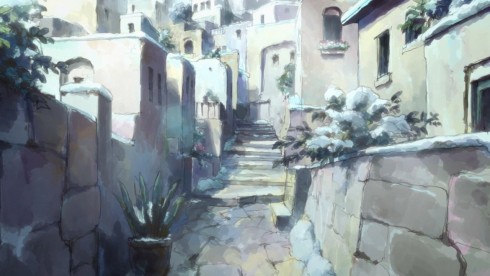 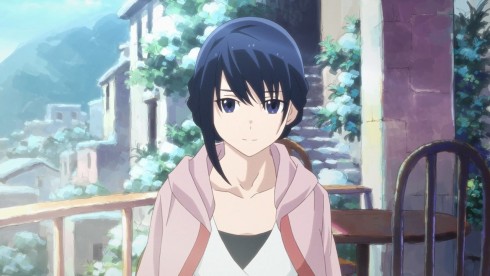 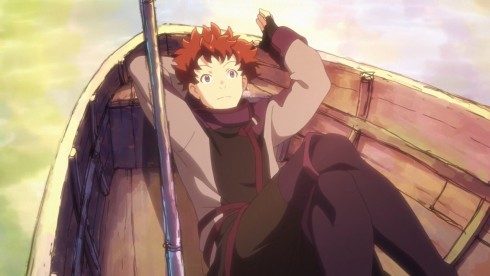 Everyone has their own means of spending the time that’s for sure. Was kind of surprised, but impressed by Yume going to rock climbing. Get the impression it is probably something she was good at to begin with. In a sense all of their hobby activities are probably reflections of things they enjoyed doing before all this happened. Yume being an active type and doing things like actual rock climbing. Ranta being the type comfortable with relaxing and fishing. We already knew about Moguzo’s cooking and carving from earlier. Mary’s reading and Haruhiro….wandering around. Maybe he enjoyed games, but obviously video games aren’t really a thing in this world. I suppose the only one with really fresh interests is Shihoru. Picking up the feeding the birds hobby from Manato.

Without a doubt the show is continuing to push ahead with certain pairings. Some I’m ok with and some I wish it rather just wouldn’t. No thanks on the whole Ranta watching Yume climb rocks. He’s mellowed slightly, but not to the level that I’d actually support that kind of pairing. Moving on, they do seem to be pushing the Haruhiro and Mary angle pretty strongly. Happening to meet up while he’s wandering randomly around the town and then the scene after the bar. Not that they weren’t good scenes though. While I prefer Yume, it’s not like Mary is an unlikable person. It was nice to see her open up or in a sense have to open up with the direction the party is going in.

It’s understandable that she’d rather just avoid those mines if she could. Having lost so much there and shut herself away after having gone through that. Obviously she’d really struggle with that kind of realization of having to step onto those grounds again. I am glad though that they’ve all gotten close enough that she would not completely yank herself out of it by this kind of move. She just had to pull herself from the situation long enough to calm down. 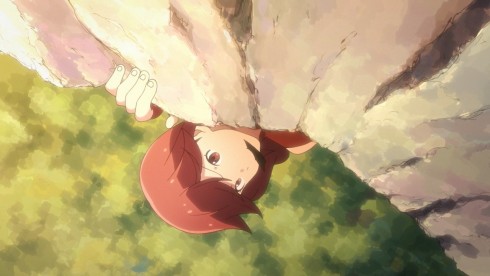 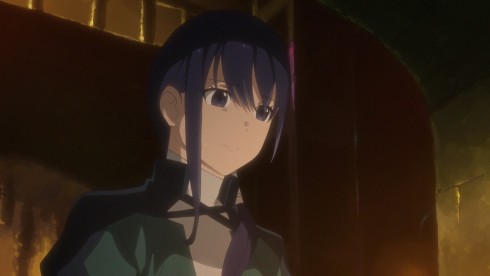 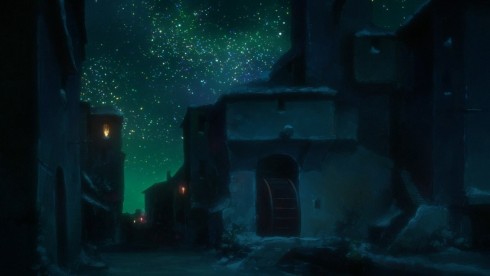 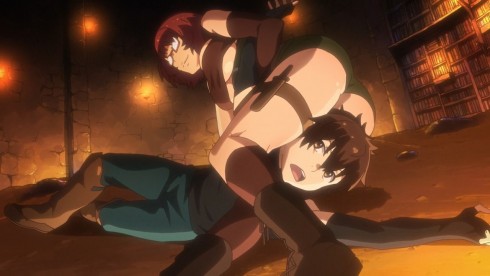 It may be a bit too soon for them to be heading into that kind of danger. They have basically the experience of fighting goblins and that is it. Now the ones they fought last week were way more powerful than the normal ones that’s true. But this is a new terrain and a new type of threat. It’s a pretty major move and could go badly if they aren’t 100% on top of things. It will be a big challenge and I’m looking forward to seeing how they handle it.

Was also nice to see Barbara again. Some painful training that Haruhiro deals with. Some good growth shown through the cast at this point. Especially Shihoru. No longer the type that wants to wait to tell people how she feels. Doesn’t want important things left unsaid like with Manato. In the end I’d say this was another good episode. It didn’t blow me away since it was more of a chance for the story to breathe, but I still enjoyed it. Bring on the mines!