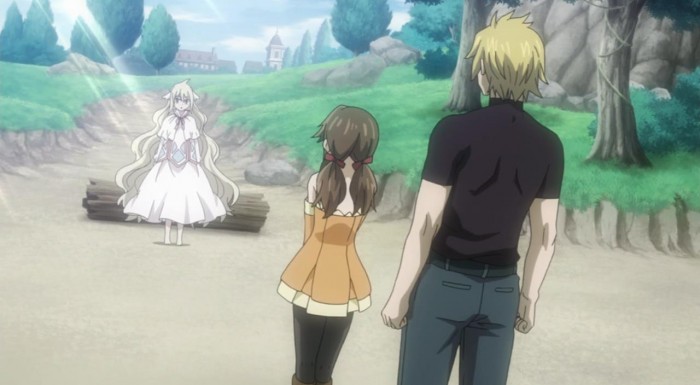 Well, that more or less slotted into place nicely. In the penultimate episode of Fairy Tail Zero, we finally get a conclusion to the Tenrou Jade plot line, we get the final piece of the puzzle regarding Fairy Tail’s eventual creation and Mavis also kind of nears the end of her own little character arc. There’s not a lot of surprises here, but the few that do exist are pretty nice ones, and provide some interesting questions for whatever is coming next.

So lets start off with Mavis casting “Law”, an unfinished version of Fairy Law that Makarov ends up using much later on the timeline. If you saw the preview last week, you knew it was coming, and it seemed like a pretty awesome moment to introduce one of Fairy Tail’s most coveted magic spells. And I’ll admit right up front, while I had a pretty good idea of how things were going to go, I did not expect Law to actually have its downsides. 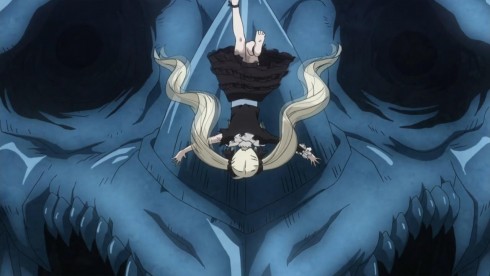 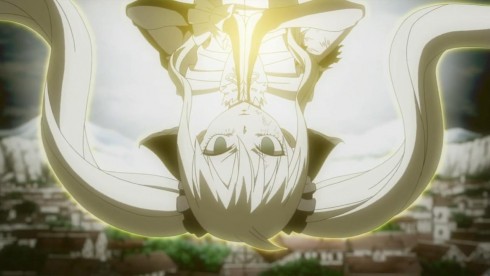 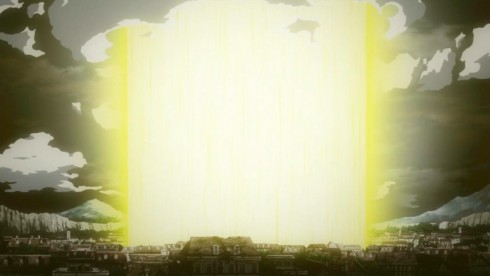 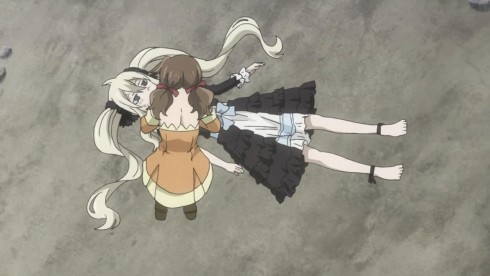 For me, I was expecting Law to end up being the plot device that got everyone out of the jam that they found themselves in. Yuri was an idiot, didn’t listen to Mavis and began posessing a Dragon, and Mavis then uses Law to make everything right again. My initial idea was that whatever Magic was keeping Zera alive would deplete entirely, causing Mavis to have to “sacrifice” her old friend to save the new one.

Instead of that, however, we have Mavis sacrificing her growth and aging, and become a 14 year old little girl for as long as she lives. Look, I can see how that would suck for someone like Mavis, someone who’s infinitely curious and yearns to experience new things but… In the grand scheme of things its not bad of a deal. Mavis is able to save Yuri and everyone else, cast a pretty powerful magic and the worst that happens to her is that she can’t age? 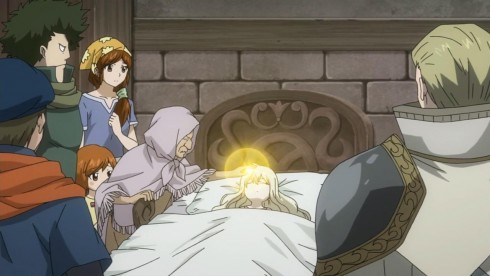 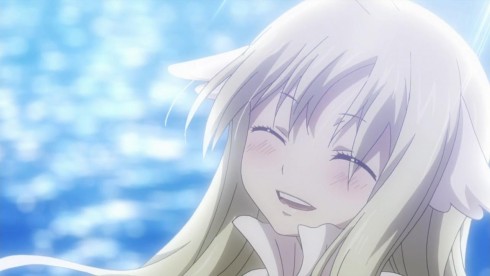 Personally, I don’t see that as a huge issue, but I guess it kind of works. Personally, I like my own version of events a bit better, the one where Mavis ends up losing Zera because she uses a spell that she isn’t ready to master. And I do like that bit at least, the part where Law doesn’t just magically solve anything and that Mavis actually is too inexperienced to use the spell properly.

But lets get to Zera next, because that is a plot point that anyone watching the anime saw a million miles away. We all knew Zera was only being seen by Mavis, and it was only a matter of learning what kind of explanation Mashima-sensei had cooked up for that particular idea. To be honest, I didn’t quite like the whole “Zera is an illusion that only Mavis can see” twist. 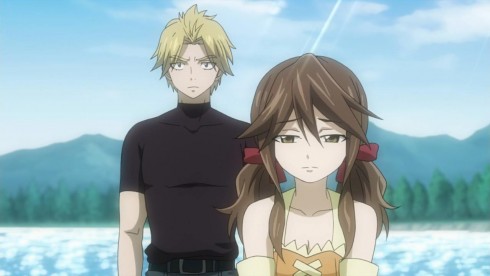 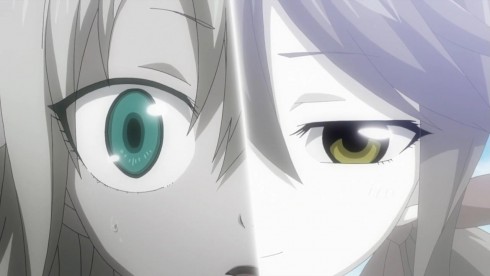 See, here’s the thing. We know Mavis is amazing at creating illusions, and we know that her illusions thus far have been seen by everyone. Why is Zera somehow different? Why could Mavis and perhaps only Zeref and Goeffrey see her? The story would’ve lost NO momentum, no power if every character could’ve seen Zera.

In fact, if Yuru, Warrod and Precht had been able to see and interact with Zera, that would’ve made the eventual reveal of Zera being an illusion all the more painful for all of them. And before you tell me that Yuri needed to not see Zera in order to let Mavis know of her true identity, remember that Mavis did end up using Law in this episode. 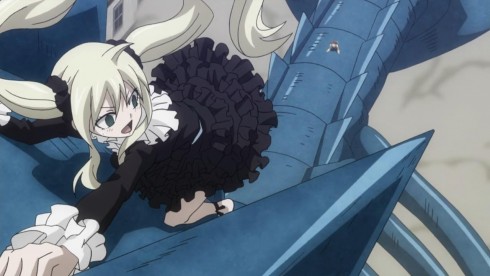 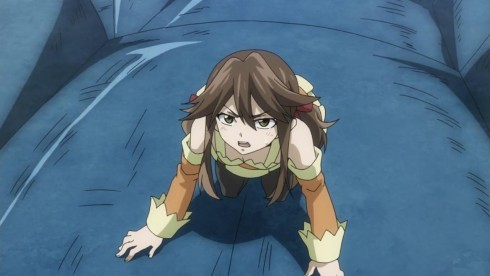 Law could’ve made her an eternal loli AND could’ve wiped out her magic enough that Zera would just stop appearing. The realization could’ve happened that way, and I think it would’ve made for a much nicer story as a whole.

Because Zera, has always been kind of a sticking point for me. Not the emotional moments she shared with Mavis, because those really were genuine, but the fact that it was always so darn obvious that there was something off about her. It was always obvious that no one else could see her, and that jerked me out of the experience numerous times throughout the story. 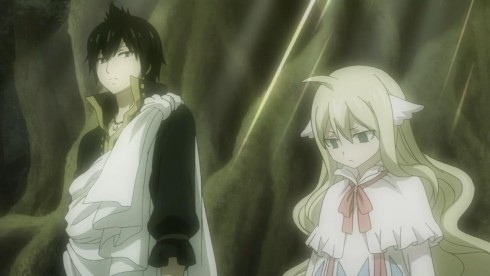 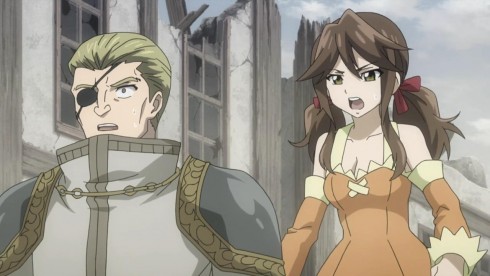 And look, I appreciate the irony of the fact that Mavis was basically talking to herself the whole time, especially when she was in that lake with Zera, and basically playing “friends” with an imaginary friend. It also makes sense that Mavis would concoct someone like Zera, especially considering she lost everyone she knew as a child. There’s also a real sense of tragedy in the fact that Mavis never really got to know the real Zera, because the real Zera died all those years ago when Mavis was still a child.

I get that, all of it, but I really do feel like it was ruined by the hamfisted way in which Zera was paraded throughout the story. I can see it working better in the manga, because in manga its always panel to panel. There’s little time for reflection, or looking at how characters are interacting. The fact that the anime stretched out the whole story and added extra scenes just made the whole Zera problem all the more obvious. 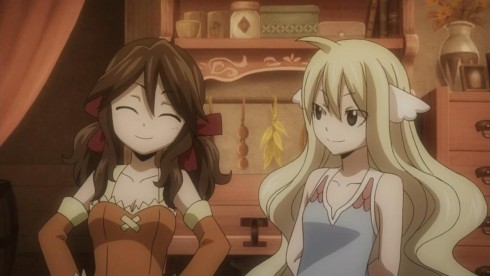 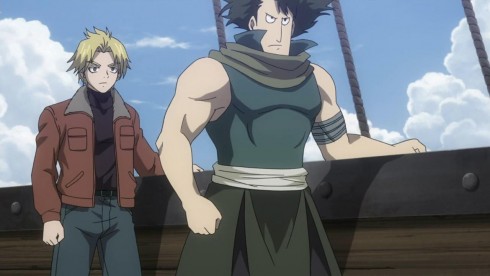 In the end, I think this is one situation where I would’ve changed things to suit the anime medium more. With dialogue, animation and more character on character moments, I would’ve loved to have seen Zera interact with Warrod, Yuri and Precht in this story. It feels like such a missed opportunity because Zera is such an interesting character, even if she is kind of like a split personality of Mavis’s.

It is what it is though, and while I can sit in my chair and criticize both Mashima-sensei and A1 Pictures, its a lot easier said than done. I’m sure this was a challenging adaption and story in general, and for the most part I really enjoyed it as a whole, even the so called filler parts. 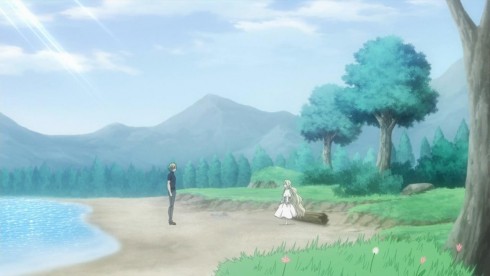 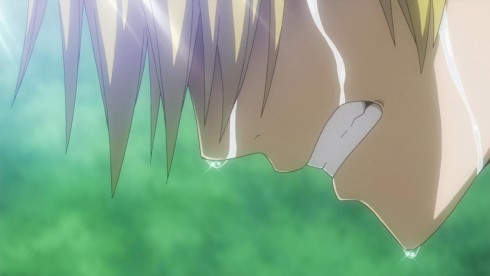 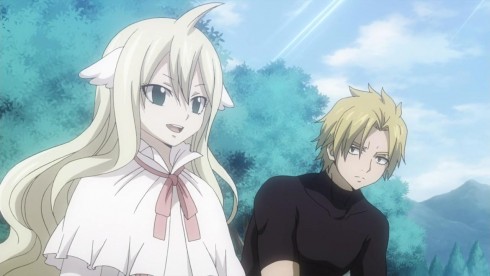 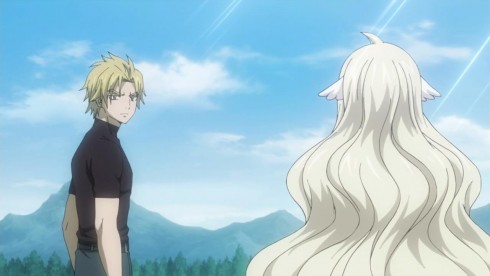 And Speaking of well done things…. Before I go, there is one more thing I’d like to touch on, and that’s Yuri and Mavis. I really enjoyed the scene between the two of them after Yuri woke up. It was powerful, it felt genuine and I really adored Yuri’s declaration of loyalty for Mavis. Yuri’s promise wasn’t something like him confessing to Mavis or even falling in love with her (the dialogue itself makes that quite clear), but its about the guy generally being impressed by the brave young girl he finds before him, and deciding to fall her to the ends of the earth.

That’s something we just don’t see of enough these days. Characters just being touched and impressed by other characters without the need for romance to play a part in that whole relationship. Sure, there’s a big chance that Yuri might have developed feelings for Mavis, and that’s all fine and dandy, but the bond that the two characters forge in this episode, it seems to exist due to mutual admiration and respect, rather than anything else. 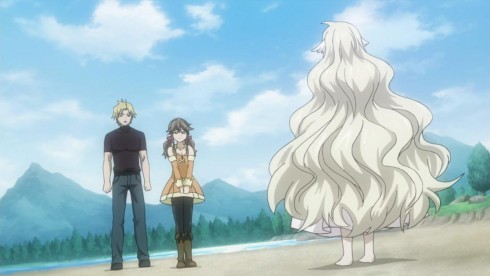 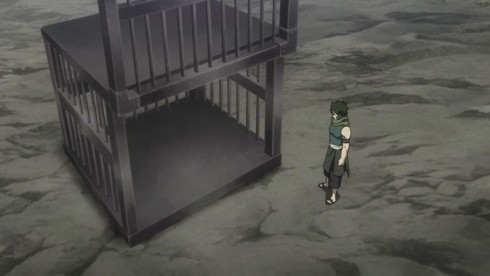 I do find it odd that Yuri decides to tell Mavis now, rather than when he should have ages ago, but I think if you look at Fairy Tail as a story coming from a Japanese culture, then it makes a lot of sense. The Japanese are eerily respectful of one another, and saving face is a big part of it. Getting familiar enough with someone to tell them about their faults or problems isn’t exactly easy, and its not something that people in that country bring up at a first meeting. It does feel a bit out of synch with a brash character like Yuri, but again, it is what it is.

Fairy Tail Zero as a story isn’t perfect, and it definitely started off a lot more strong than it seems to be near its ending… But I still have had a lot of fun with the story. Fairy Tail Zero is a good time, and its definitely been a joy to watch something that’s felt remarkably different from anything else Mashima-sensei and Fairy Tail have done thus far. We’ve got one more episode now, so it’ll be interesting to see how Fairy Tail Zero wraps up, and what we get to see from Mavis and co before we jump back into Natsu’s time. There’s also the lingering issue of Geoffrey and him escaping from the cage, so I suppose there’s some story left here still. 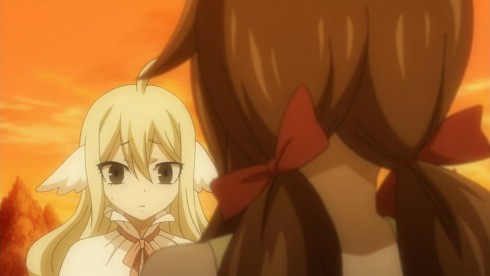 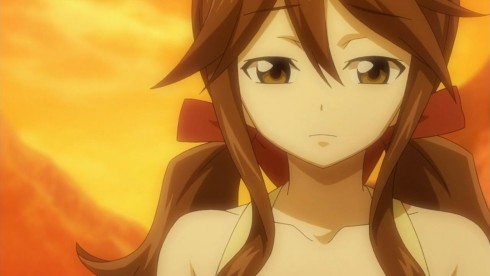 Next week is going to be about Mavis and Zera I suppose. See you all then!