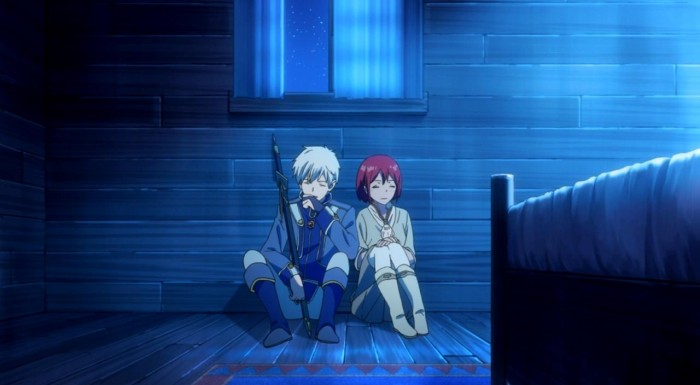 “Wow! That actually felt like an Akagami no Shirayuki-hime episode” is a phrase I’ve been dying to utter since the show returned almost 2 months ago. With its 20th episode, just as we near the final stretch, Akagami no Shirayuki-hime actually feels like the story and the series that I fell in love with quite a while ago (and not a moment too soon!). This week marked the end of the whole Tanbarun adventure arc, and while the arc as a whole definitely had its problems, it at least wrapped up in pretty solid fashion.

Its almost magical, how easily and effortlessly the show just settles into its old rhythm again this week. There’s no terrible people in sight, everyone is happy, feelings are cared for, issues fxed and at the end of the day, mostly everyone wins. Its that kind of calming, relaxing and uplifting storytelling that sets this show apart from all the other shoujo romance stories we’ve seen thus far, to come out of Japan at least. 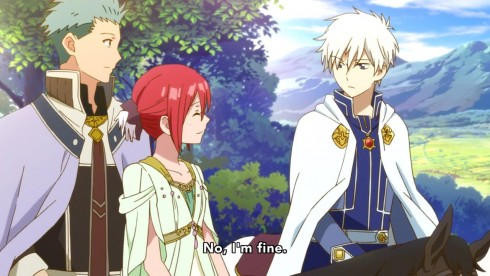 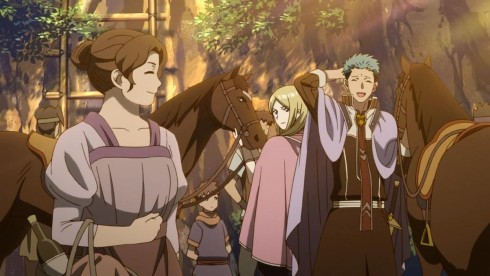 So to get that, again, after such a long while, felt like finally getting to quench one’s thirst after a terrible trek through a dry, barren, hot desert. I’ve spoken at length about what I felt was wrong about Akagami no Shirayuki-hime’s sudden change from a heartwarming romance story, to a full on fantasy adventure story. I won’t recount those misgivings, partly because its old news, but mostly because this episode left such a great, satisfying impression on me.

For the lack of payoff we got last week regarding all the action and drama we had gone through, this week just gave us so many great moments. Zen and Shirayuki’s conversation with Shirayuki’s father for instance? Awesome stuff. 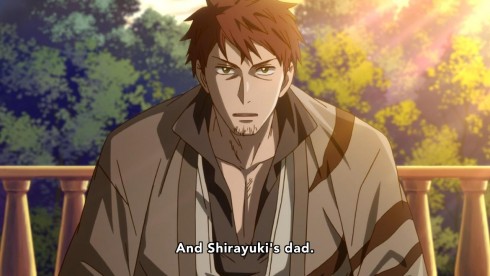 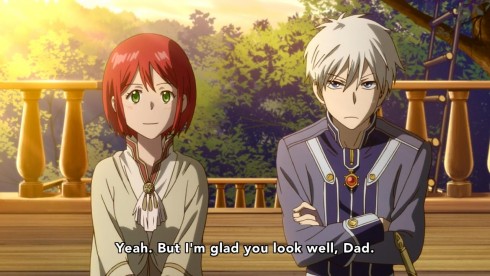 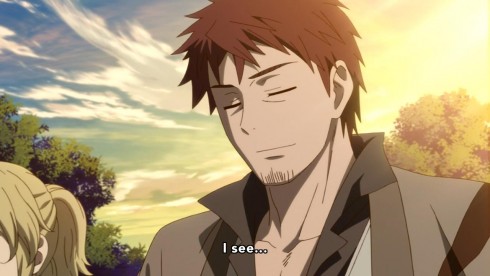 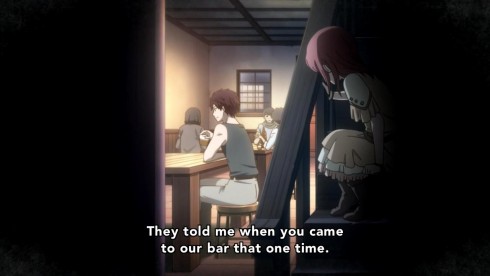 And if you remember, from last week, I definitely wasn’t a fan of the whole “Shirayuki has a dad” twist, but the show did make the most of it. The introduction wasn’t graceful, but the emotion, the love and the warmth that you felt from Shirayuki and her dad was definitely genuine. The story of how Shirayuki’s dad became an outlaw, how her parents escaped their terrible situation and still found love, was a nice little touch to it all. Shirayuki’s dad abandoning her so she could have a “normal” life was pretty on the nose, and didn’t really feel like anything more than excuse, but the fact that Shirayuki was so warm, forgiving and most of all understanding of the whole situation, sold it to me.

That’s what I think is so powerful about this show, about this story, these characters and where Akizuki-sensei’s skill really lies. Its about having us believe that people really can be this happy, this calm, this warm, and using the characters to really make it all happen. 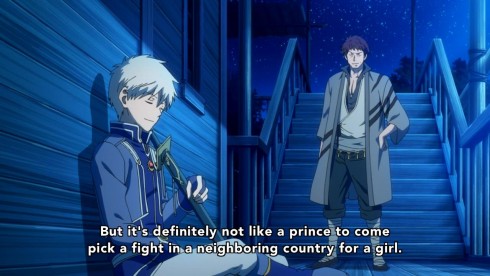 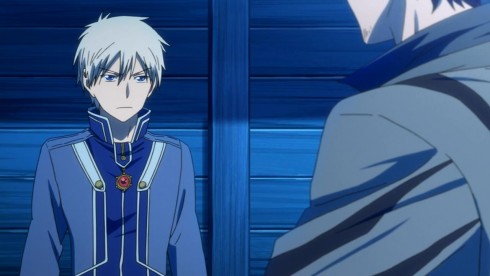 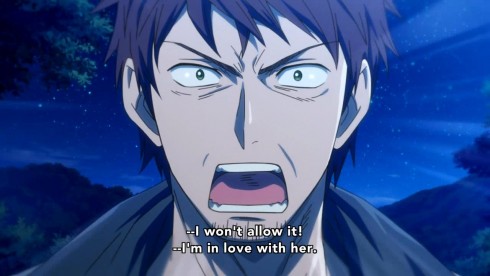 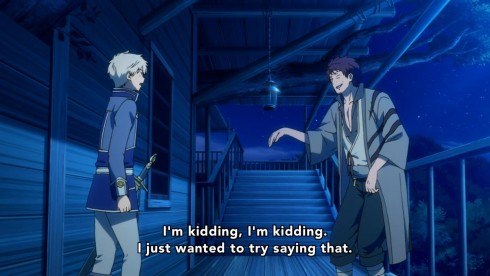 Its moments like the little talk between Zen and Shirayuki’s dad, that just bring a sense of warmth and humor that I just haven’t seen that much. Having Shirayuki’s dad, just question Zen, find out how serious he was about his daughter, and then also kind of tease him through the whole situation was perhaps one of the highlights of the episode. And this really was an episode with a lot of high points.

Then there was the whole Mitsuhide/Kiki moments, thrown in for good measure. Those two will, unfortunately, never really get the spotlight, but even in their own little corner of the narrative, there’s something nice happening. Its clear that the two care for each other, and possibly even romantically. I like that, I like that because it just promotes that sense of happiness and the fact that nearly every character in this show can grasp it. 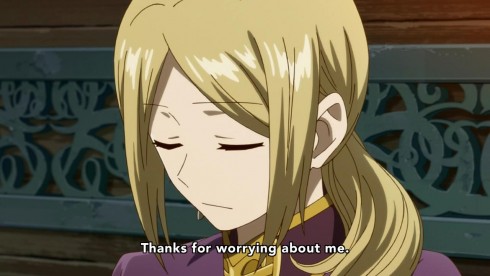 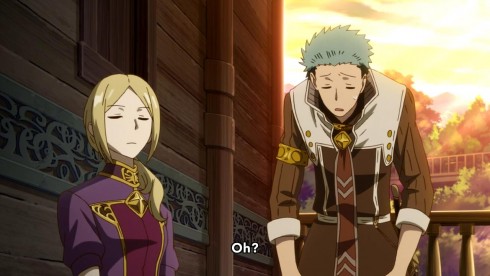 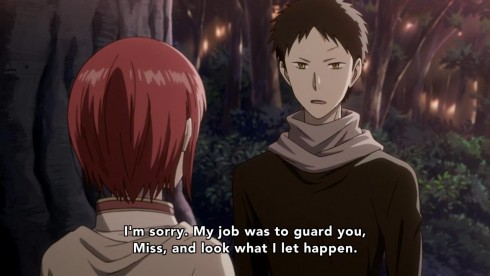 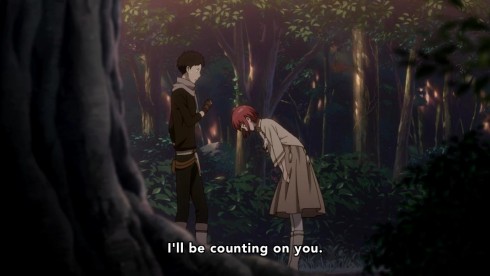 And then there’s Obi. Obi’s whole thing for Shirayuki makes me pretty uncomfortable, and this episode didn’t quite do anything to remove that feeling. What it did do, however, was give Shirayuki another opportunity to just overwhelm both the audience and Obi with how she handles these sorts of situations. There’s a straightforward earnestness to the way Shirayuki both values and respects Obi, and how she eventually gets him to kind of step back from his own guilt and self hate.

Obi’s self hate isn’t entire gone yet, I suspect, but he has at least understood that if he distances himself from Shirayuki, Zen and the rest, it will make them all unhappy at the very least. Part of me appreciates the concept here, one that suggests that despite Obi’s “mistake” (if you can call it that), he’s at least welcome and loved by his friends. Part of me, however, feels really sorry for him too. If Obi had any chance of distancing himself from the woman that he can’t have, then its all gone now. He’s in it for the long haul, and with it, is a mountain of unnecessary pain that has to follow. 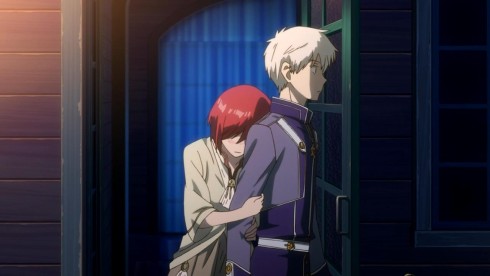 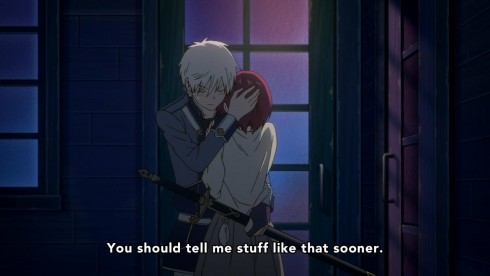 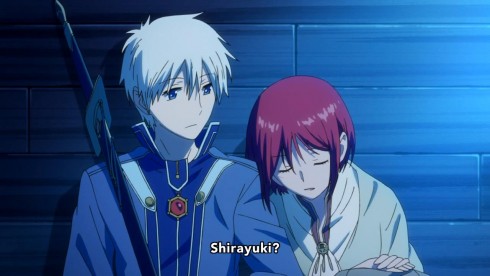 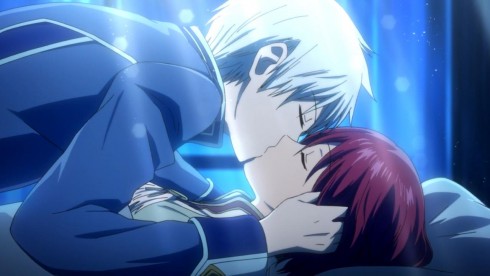 But Speaking of men that are into Shirayuki, there’s Zen. Seeing Zen and Shirayuki finally have some alone time and get a few nice romantic moments was just such a treat. After 8 episodes of distracting “adventure”, I’m glad we got more moments of just seeing these two act like a genuine, happy couple. What makes Shirayuki and Zen so captivating, is the fact that the two of them are both really good friends, and obviously really into one another.

I will say, it did bug me, slightly, to see Zen kind of steal a kiss from Shirayuki as she was asleep, but, in light of all the good that this episode did, I’ll give it a pass. Its not like the kiss would unwelcome, but, still, there is an element of creepyness to it all. I know Akizuki-sensei is just writing within the trappings of the genre, but I’d expect Zen to be a bit more respectful. 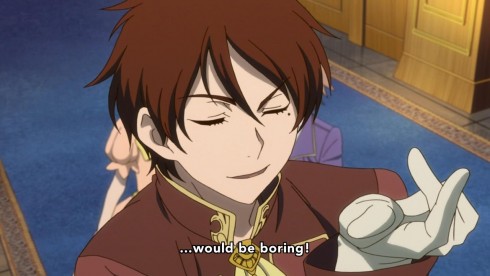 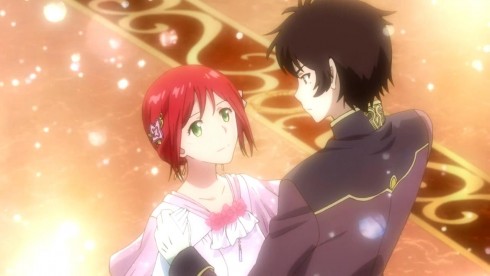 And while we’re on the topic of respectful, man did I respect Raj in this episode. I like that the guy realizes that the woman he is in love with, is actually someone who would cease to exist if she were to be with him. Part of the allure of Shirayuki for Shirayuki, is the fact that she’s too good for him. He realizes that, and then also understands that she’s interested in another man. So, he deals with his feelings in a mature, reserved manner that’s as close to palatable, as it could be.

Is it weird to see Raj and Shirayuki dance while Zen watches? Yeah, it is. But I think its done tastefully enough to the point where it just feels a tinge odd, rather than anything else. I confess, while I love Raj and his whole transformation arc, I still don’t understand why both Raj and Obi need to fall for Shirayuki. They can, and they do, but its just one of those situations where the show just doesn’t do it for me. The fact that it skirts by the issue in a reserved, near perfect manner, is kind of the best outcome I could hope for. 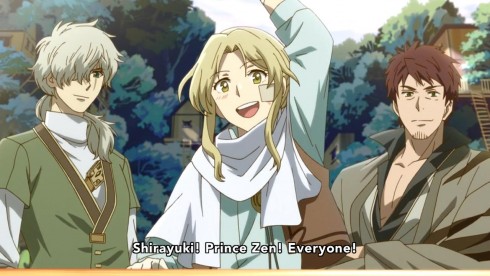 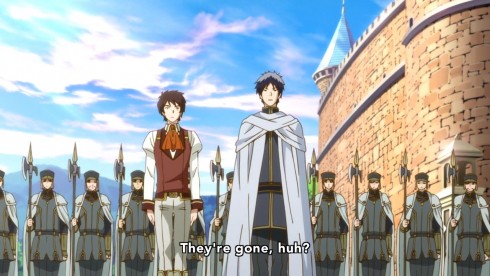 As for this storyline as a whole, and even the series, since it took up the majority of the run time? I’d say this was a near-miss. The series almost…. Almost went down the path of mediocrity, and only barely saved it self from falling off a cliff at the last moment. The thing is, I kind of get why, this story and this arc happened, from a narrative prespective.

See, there just needs to be some kind of challenge, some kind of exceptional adventure that’s part of Zen and Shirayuki’s “couple history”. Its a story that they can tell their kids and grand kids (if they have them), and its just one of those trials that brings them closer together. As an idea, I get that its necessary to have this sort of corner stone moment in the larger story. The problem, wasn’t so much in the idea, but more so in the execution. Akizuki-sensei is not an adventure story writer, she’s a romantic story writer. While I can appreciate the attempt, I sincerely hope that this is the last of these “grand adventures” we see. 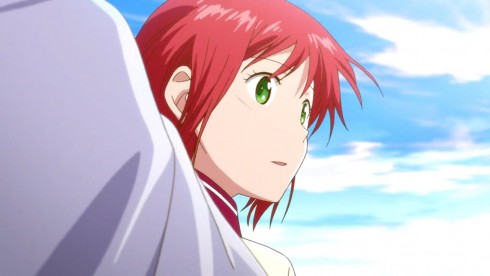 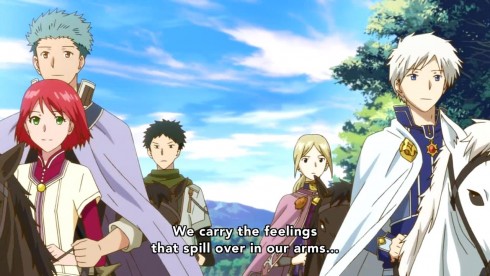 So, at the end of it all, we’re about a month away from the show ending. I’m not entirely sure how I feel about that, especially in light of this week’s episode. See, the show can go one of two directions.  It could, just bask in the tranquil, warm storytelling that made it such a huge success in the first place. That would probably make the most sense, especially given that we only have four episodes left. But… We could also just start on the next major story arc, or adventure, and that sounds pretty terrible, at least to me.

At this point, I’d say that Akagami no Shirayuki-hime Part two is definitely a lesser series than its first half. The question now, is whether the last few episodes can make up for whatever happened thus far. After this week’s episode, I’m at least hopeful and curious to find out. 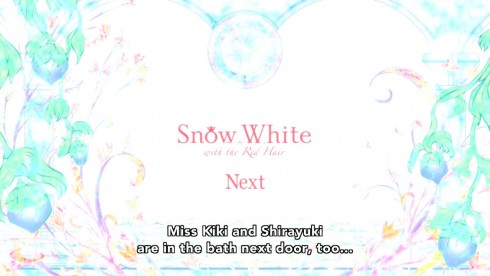 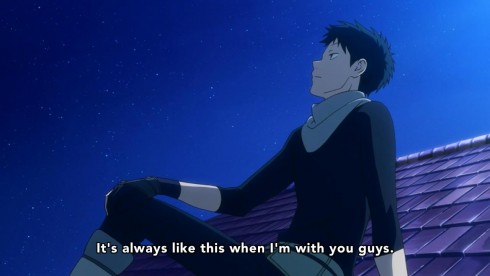 Seems like we’ll be getting an Obi-centric episode next week. I suppose that’s one direction to go in.