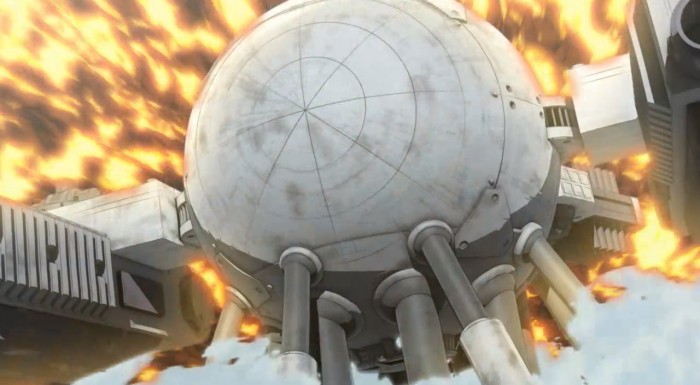 Another very solid episode for Heavy Object. It just keeps managing to have these very dangerous situations pop up for the main cast and this one definitely takes the cake. You have a very well trained infantry unit supporting their Object (thanks for teaching the world that Qwenthur), a damaged Baby Magnum and Snow Quake, and toss in there a small army of Objects coming at them! Qwenthur is going to have to pull some of his best magic ever in order for them to get out of this. The situation is pretty dire. They are outnumbered, outgunned, and at this point out strategized. There doesn’t seem to be many ways the enemy can’t win here outside of their Elite being a total fool. Which in some ways he is. A noble elitist who puts the nobles we’ve seen to shame. Someone so full of himself and his pride that he’s willing to take these kinds of actions. 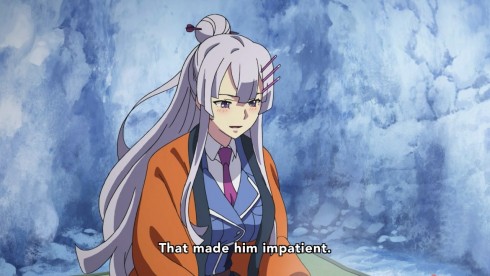 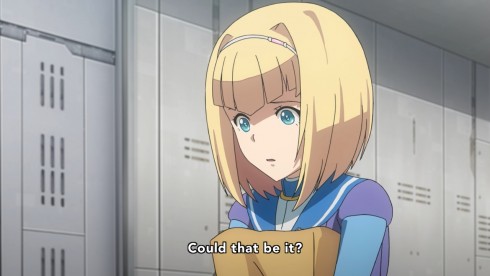 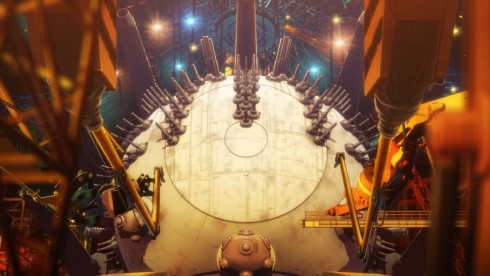 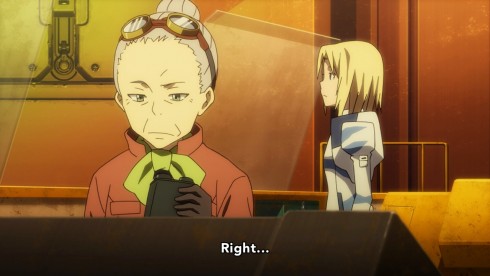 This arc seems to be bringing the focus in part to the Granny mechanic who has been a part of the show since the start. Makes sense even she has her own backstory. Though didn’t expect that she was someone who had fled another faction in order to come here. Not that the Legitimacy Kingdom is all fun, but it wasn’t actively trying to kill her family so it was a bonus. Another example of people who don’t fit into the strict ideologies of these factions basically being considered enemies of their own people. I suspect people who are against a class system or limiting the power of the nobility would be seen much in the same way here.

Obviously with her family living on this island, saving them will be a priority. They are going to either indirectly or directly end up in the line of fire and Qwenthur will have to help save the day if only to make sure that woman doesn’t lose her family. Give the guy some credit, even if they are old ladies he can’t turn down a damsel in distress. Maybe not so good that there are so many damsels in distress in this show, but oh well. 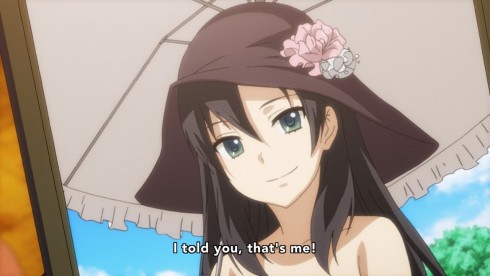 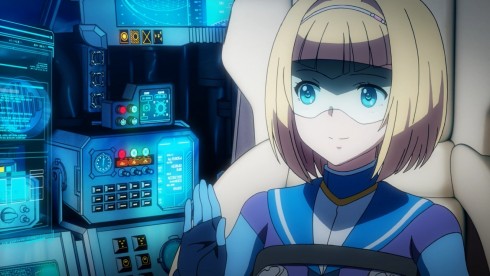 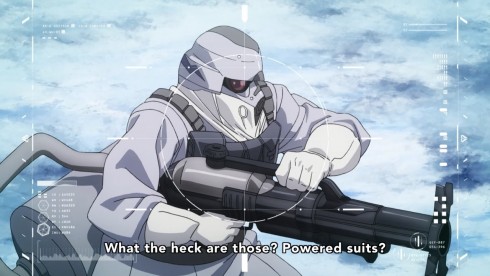 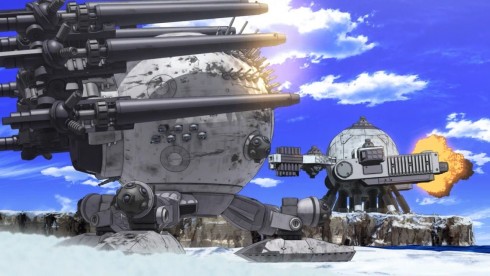 Was kind of nice though for Milinda to have a bit of a hero moment. The show often has her playing into traps and while this could be counted as one of those times, it was nice to see her make a bold move because she too cares about people. I doubt she was rationally counting on Active Sledge to arrive on the scene or anything. Just that an ally was in danger and she could do something to save them. It’s a bad situation, but you could say that having even two damaged objects is better than having the Baby Magnum alone and without any support.

Could also give a nod to the dangerous play by Havia in that gun fight. I don’t think he was betting on which one of them would be targeted. He just made sure that his friend wouldn’t end up being shot. They plain got lucky that the guy either panicked or aimed at the first person he could see or decided that getting the spotter was more important. I’d suspect it was more panic since if someone is shooting your allies then you probably want to get the shooter first. Might have also just guessed that Qwenthur also had a gun so getting the spotter would make sure that Qwenthur wouldn’t be shooting at him next. Either way it worked out. Havia is becoming a solid enough soldier. Sure he has a great weapon, but he’s able to actually shoot at his enemies and not freeze up. Not the easiest thing for a person to deal with. 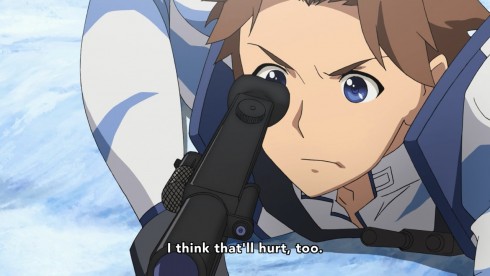 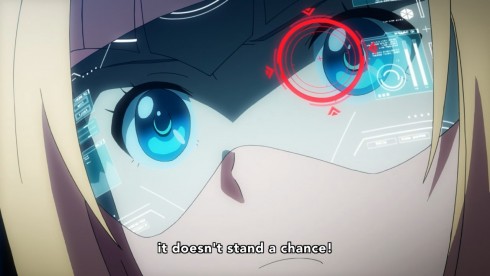 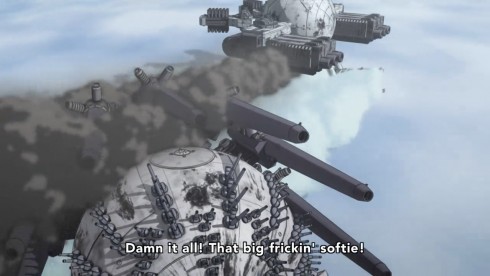 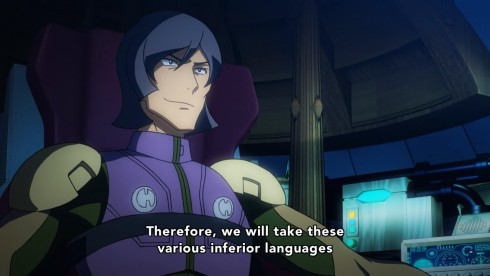 The villain’s name this time around really takes the cake. Prizewell City Slicker……what XD!? I’m sorry what is his name? For a few moments I thought it was a company title or something. I mean….praise be Japan. Take a bunch of random English words and use that as a name. Darkness Perfect Rainbow, will be the final boss, I’m sure of it XD. That’s not a name. I thought Honeysuckle was silly, but come on Heavy Object. Give me a name I won’t burst out laughing about. Anyways, this guy is all about being the most extreme noble of all time. Language is his beef? Language? We need to kill off all the other languages to be as ‘pure’ as humanly possible. I’d say this guy is nuts, but our real history has people like Hitler. There are insane people out there and some of them have more power than they ever should.

Can’t wait to see how Qwenthur and Havia get through this one. A lot of Objects and a fairly competent infantry unit going along with them. This is a very bad situation. But all the more fun to see how the main cast will overcome it.