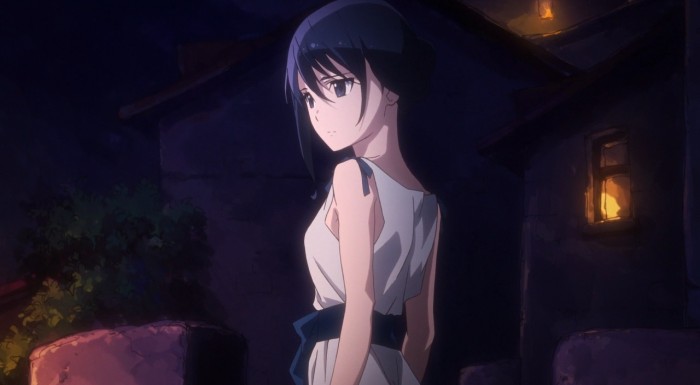 There is just never a drop-off for Grimgar. This was another really good episode that continued developing the main cast and setting us up for what should be a pretty intense confrontation against the goblins that killed Manato. They are getting closer and really doing everything they can to be prepared. Sure, they could at this point probably move on to something else and be fine. But that isn’t necessary for a multitude of reasons. They aren’t in a hurry. Others might be rushing to gain as much money as they can or rise to the top, but this group has their own goals and intentions. Rushing would certainly get someone if not the entire group killed. That is unacceptable. At the same time I do think they want to avenge Manato. Going after that group that scattered them and lead to that tragedy is fueling them. It is a chance to atone for their weakness and truly put an end to it.

It probably isn’t just about revenge, but I’m sure that is part of it. When Haruhiro saw that goblin with his dagger he was just ready to plain go after him. Despite the fact that they were the scouting party and that it was incredibly reckless. There was no telling if that goblin was really alone and it could have been a real mess. That’s why I’m sure that part of this is revenge since that kind of emotional reaction can’t be controlled so easily. Credit to Yume for keeping Haruhiro in check since that could have ended in a messy situation. Nothing more needed to be said between them on that point, but it was just important to avoid a reckless attack. 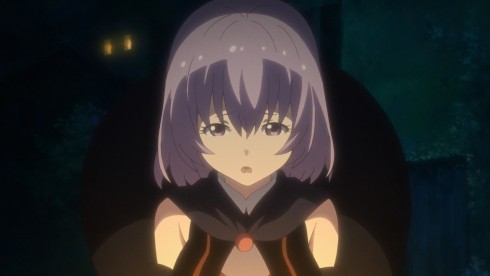 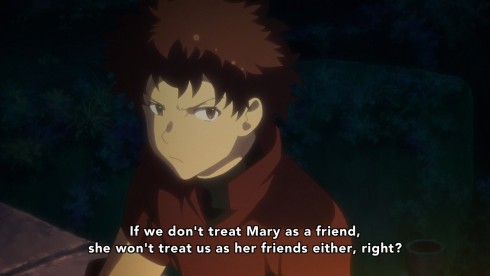 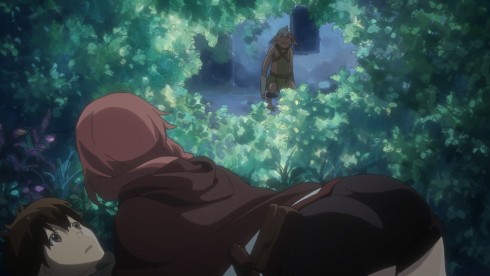 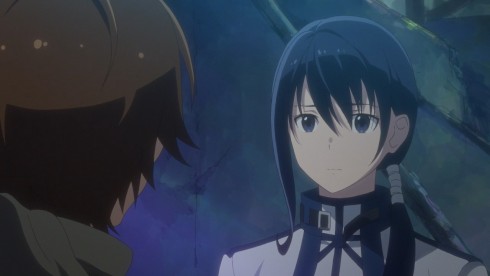 While some might not approve of going behind Mary’s back for her past, it does seem to be a necessity. She is still not quite to the point of opening up to them and someone had to take a step to figure things out. In the end, it did help a lot. They were able to take some time to themselves to try and sort out their feelings. While honestly Ranta’s complaint had me going “shut up”, it did help the overall group get closer. Important for Yume to say “hey, the small breast stuff is hurtful” and Shihoru speaking out definitely had an impact. She doesn’t open up much to the group with her personality, so when she does speak it has some weight. And Ranta has some point that treating him like an idiot all the time might not help him actually turn a corner. Just make him more childish and petulant to spite those around him. Don’t give him room to be a jerk without really looking like a jerk and he has to mellow out slightly.

And I did like how they talked to Mary about their own past. While she may not know about their investigation, that just makes them taking that step all the more meaningful from her point of view. In a sense it all goes both ways. Clearly if they were looking for a priest…they had a problem in the past. But, they never talked to her about themselves either. Mary didn’t make it easy, but if no one speaks then nothing is going to be said. Common sense, but something that still matters. I think telling her about their own loss and how they want to treat her like a comrade meant a lot. Especially since she did probably start to think “oh, they are finally tired of me.” Now she gets where they are coming from and now it’s just up to her to start making that determination to open up. 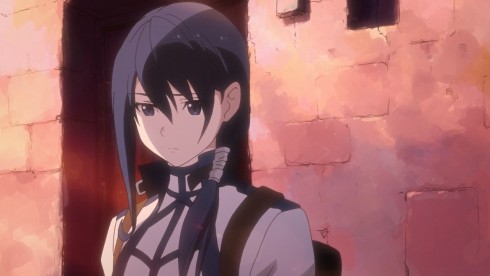 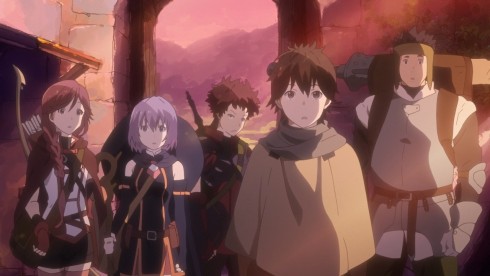 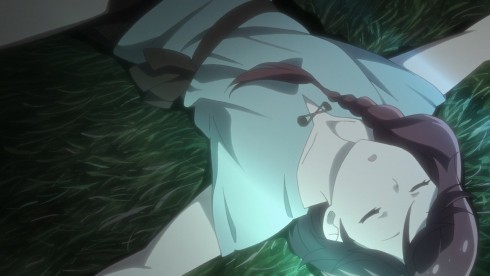 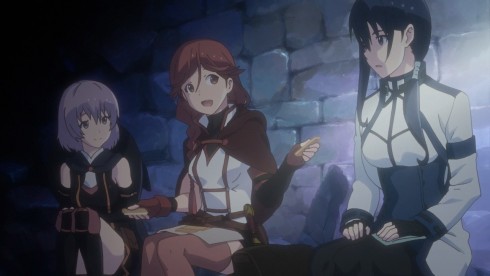 You could see that little growth with how she’s not ready to eat dinner “yet” when they asked. But by the end they finally had her sitting at the table with them. That means a lot by itself. Everyone at the bar might joke about them and with some rudeness proclaim they goblin slayers, but the main cast has their own goals. They are going to keep on going after the goblins until they are fully ready to take on that goblin party. Improving their skills, getting better equipment, just preparing for that moment. And you can see how far they’ve come with the additional skills they’ve added to the mix. They are also being efficient. They don’t need to get their badges right now or move into better housing. What they need are skills, equipment and experience. And they are getting a lot of that through their efforts. I liked seeing Moguzo getting his helmet and better armor overall, Ranta getting his own helmet and new gear. Yume getting what appears to be a new bow, etc. They are all just slowly preparing for what they know will be a challenge for them.

I’m curious as well about that light Haruhiro is seeing. Is it something that talented thieves can see? Or something more unusual than even that? Either way it’s handy knowing where he needs to move his knife to score that critical hit. I liked all the new skills really. That shine in Yume’s eye for her bow skill was very appropriate. She’s a hunter, being at least solid with a bow is hugely important. We saw in Manato’s death how that attack from the sky can be devastating. And as she improves her base skill with a bow, that skill will only make her a more key sniper. Haruhiro continuing to gain good stealthy skills making him a kind of assassin for the team. They are all working towards a goal which is something they very much needed to keep them focused. 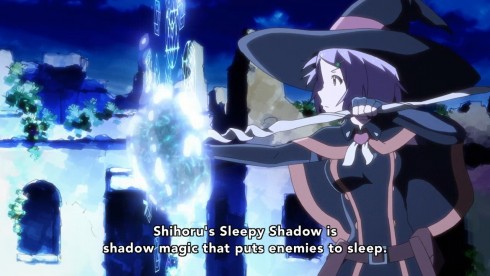 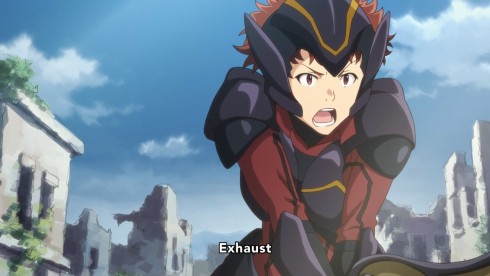 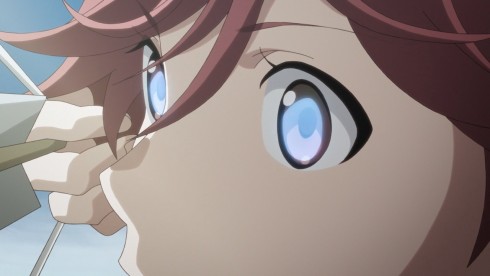 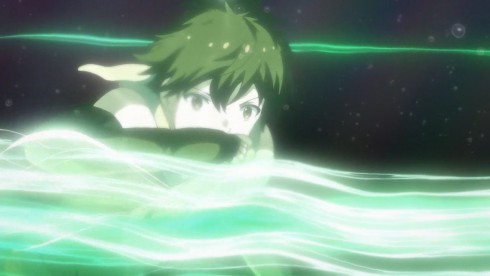 Now the battle ahead against the goblins awaits. It’s a dangerous thing, but I could see them just running over that goblin party this time around. They won’t be ill-prepared or caught offguard. Instead, this time they will be the aggressors. They are stronger than they were and better prepared. The pressure isn’t just on the healer either. Mary is more experienced and she is in a much less strained role. Though I could see this being an occasion for her to open up if someone gets seriously injured in this battle. I’m sure she’s feeling the pressure of this group about to step slightly outside the comfort zone against a hated enemy.

Also…I’m watching you ED. With that Haruhiro and Mary pose added to end of the ED. Regardless, this was just a good episode. I’m really loving this show and can’t wait for them to take on their goblins. I really hope this show just has nice popularity and can get a sequel. The quality and pacing have just worked for me. I’m liking the characters and the group dynamics at this stage. Mary is slowly opening up and that’s probably a comfort for her old comrade. Her new allies are going to support her and eventually they’ll be that much closer. I mean even Mary managed not to tell Ranta to just shut up with the whole “which guy here would you choose.” Can’t wait for next week.