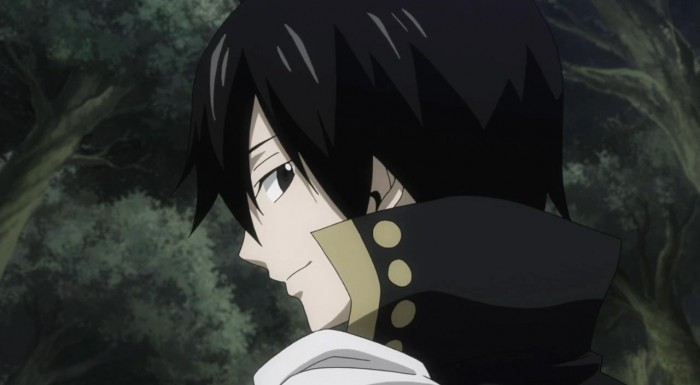 Episodes like this one are the reason that the Fairy Tail Zero story arc is such a joy to behold. This week we got to see what is definitely one of the most important and defining moments for not only the guild known as Fairy Tail, but for the story and world as a whole. There’s a big chunk of irony filled in with amounts to the very first step towards the creation of Fairy Tail, and its little twists and nods like that, that make this franchise so fun to follow. 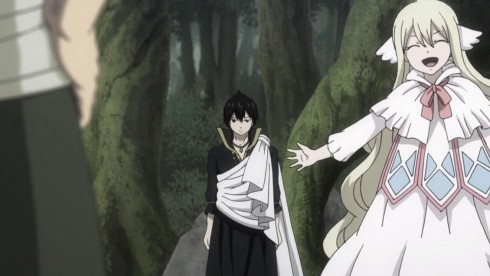 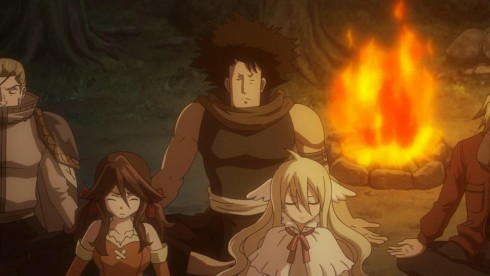 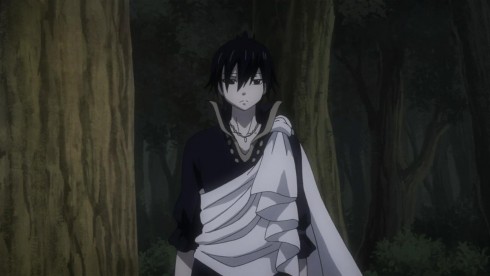 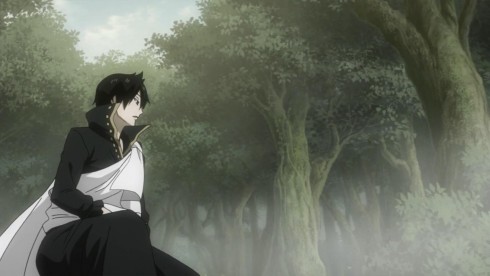 The big twist, is obviously the fact that its Zeref that ends up leading the founding members of Fairy Tail down the path of magic. Since we first saw Mavis, there’s always been a sense that Mavis has had a big impact on Earthland as a whole, and that she’s so central to the conflict with Zeref, but I had no idea everything was so… backwards.

Mavis starts out as a girl with a lot of knowledge, but no real idea about magic, and its her meeting with Zeref that allows her to unlock her power and actually use it. The meeting with Zeref is pretty interesting, in that it touches more upon the tortured, kind soul that we first came upon in the original Tenroujima Arc. Since then we’ve seen Zeref slant more into an openly antagonistic role, but I think I find this more cloudy version a lot more interesting. 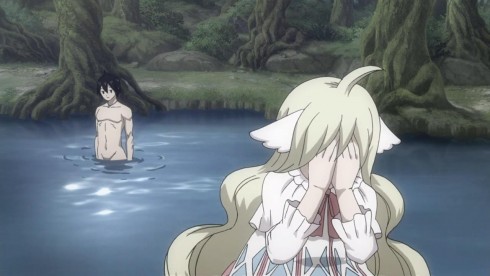 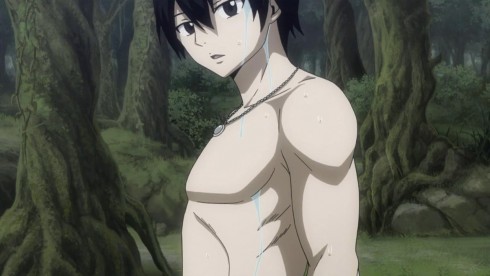 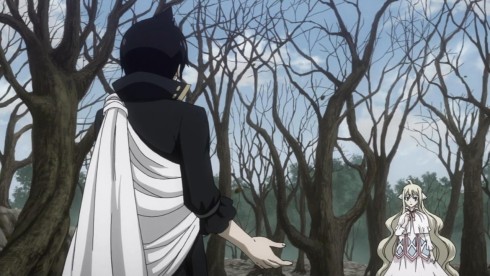 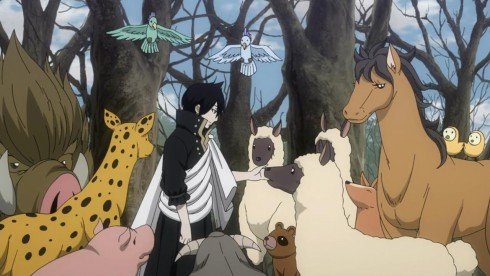 We find out, through Mavis’s first meeting with Zeref, that he’s actually suffering from a very unique kind of curse. The curse in question? It makes the one who loves life, kill it by simply touching it. So Zeref is actually a nice guy who’s been driven mad and depressed by whatever curse he’s been inflicted with. The big questions that result from this are numerous. Who cursed Zeref? Was it because of his own foray into Magic? Or is Zeref a victim of some other, more powerful villain.

I’m dead sure that Fairy Tail will answer the questions regarding Zeref eventually, so I’m not too pressed for answers on all of that yet. But its clear that Zeref’s story has a long way to go, before he goes from where he is now, to the man who ends up creating a “son” to kill him. 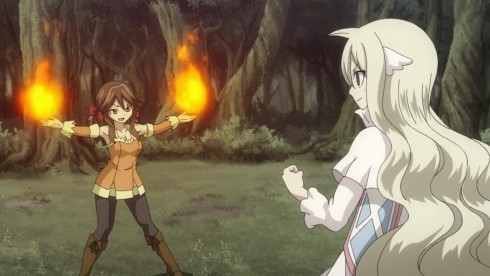 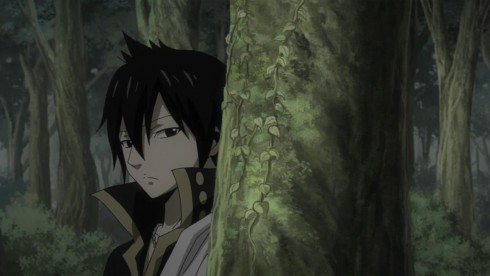 Speaking of good old END, it was hard not to notice that when everyone was off meditating, Zera ended up producing flames as part of her magic. Is she Natsu’s mother somehow? Does Zera’s life energy or whatever get fashioned into the being that ends up being Natsu? That would be pretty darn awesome if it were true.

At the moment though, the whole Zera situation seems even more and more likely to be as a result of Mavis’s own powers. As Yuri, Precht and Warrod each gain their skills in the episode, its interesting to note that Mavis is unable to manifest her own. Its pretty obvious that whatever “Ethernanos” Mavis ends up collecting, seem to flow straight into Zera. Is Zera a ghost or an illusion that Mavis created? Or is she a ghost that seems to be drawing on Mavis’s own magical power to stay alive. 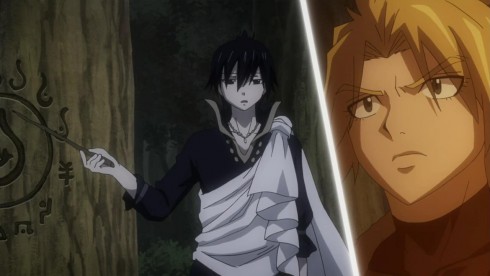 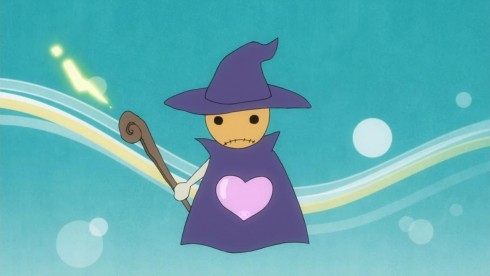 Its clear that Zeref can see Zera, and it also seems like he’s got a pretty good idea about who or what she is. As to why Zeref ends up teaching Mavis and the rest magic? I suspect its because of Mavis herself. While Zeref can’t quite understand why he does what he does, I believe it happens because of Mavis’s unique charm, and how she even touches the depressed and dark Zeref’s heart, for a few moments.

I have to say, I like the little bit of world building we get here. Its funny, the whole idea of Etherananos reminds me of Star Wars and how it went about explaining the Force. Was it all that necessary to know what magic as a result of these weird particles floating about on Earthland? Probably not. I do like how the show sets it up so that any person could, potentially learn to unlock the ability to use magic, and it also goes to explain why different types of Mages have different types of Magic. Each form of magic is born off their “feelings” (omoi) and of course, “the color of their soul”.  What that garble actually amounts to, is the idea that the person’s core being and personality is what determines what kind of magic they end up manifesting. 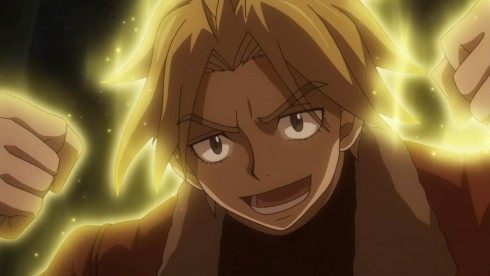 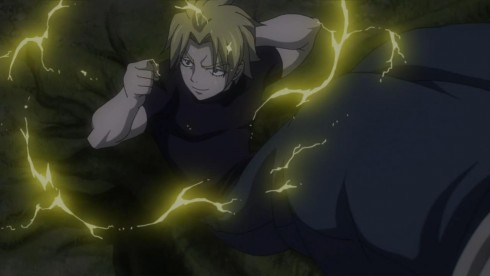 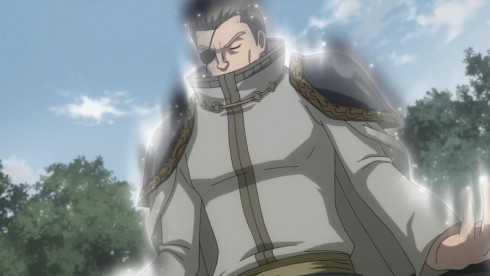 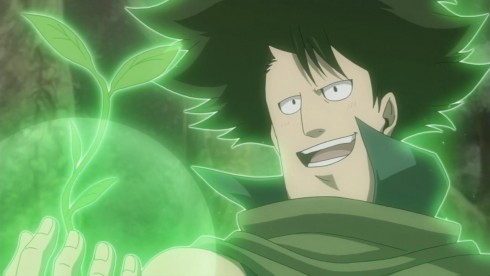 With Yuri, the whole thing goes a step farther because his meditation and absorbing of Magical energy, is one that is just true to him. Yuri is the physical, brash type, so it makes sense that physical exertion is what sets his mind at ease and clears it. While we never asked for it, this particular explanation of magic does two successful things. It puts the success of magic not just on the person’s latent potential, but rather on their frame of mind and how they think. It puts validity to not only more brawny characters like Natsu, but also characters with more creative magic like Gray.

So the origin of magic for all four of the Fairy Tail founding members as pretty well done. The last thing I’d say that I was super impressed by, was the continued reminder of the fact that the creation of Fairy Tail is growing ever closer. With Zeref’s parting words, we learn that Fairy Tail is but a few days away (1o) and there’s also the ominous words about “killing her”. I think the killing doesn’t refer to Mavis, but rather than Zera. 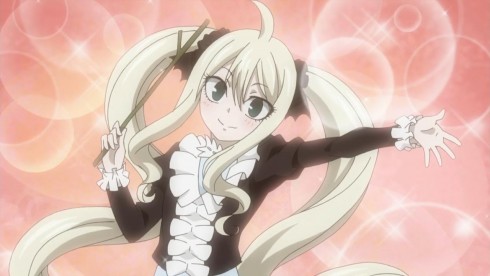 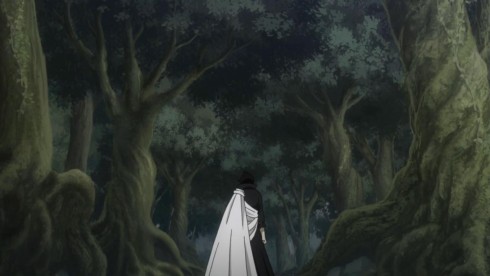 We’ll see how that all turns out, but I think if there was an all time high point for the Fairy Tail Zero story arc, then I think we just hit it with this episode. I doubt we’ll see more of Zeref and his whole story with Mavis, but I think the whole Zeref/Mavis storyline is my newest obsession when it comes to the Fairy Tail Mythos, especially now that we know who END is and what happened to the Dragons and Igneel.

All in all, a pretty solid episode, one that I think, will have far reaching implications on the entire story of Fairy Tail. Anyone who’s been calling Fairy Tail Zero non-essential or filler material, is probably eating their words right about now. 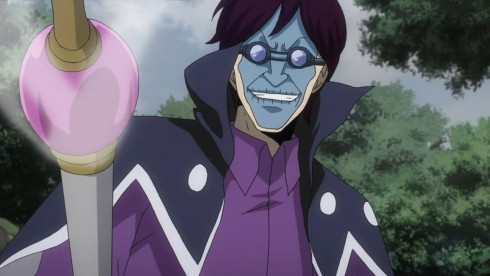 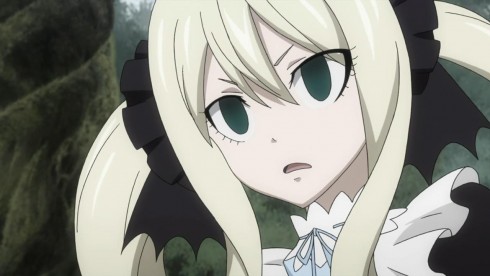