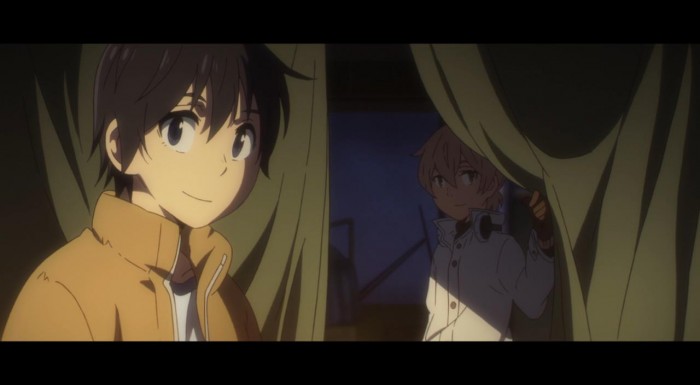 Take nothing this series offers at face value, because things such as a “rules” are ever fluid. The one thing I did feel confident about, as this week’s episode played itself out, was that I really do “get” the series now. I can sort of understand when certain things need to be taken with a grain of salt, and where some things are going to lead to. The unpredictability that I gave the series much credit for, seemed to momentarily vanish this week, only to make a come back right near the end of the episode. If there’s one thing that still holds true, even after this week’s more predicable approach, its the whole idea of “the next step being unknown”, a situation we often find ourselves in, at the end of nearly every episode. 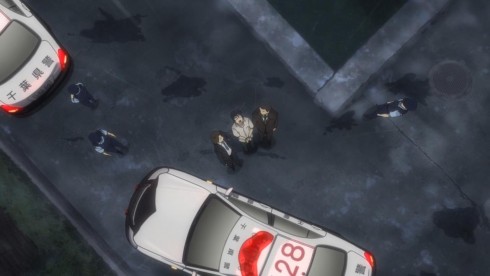 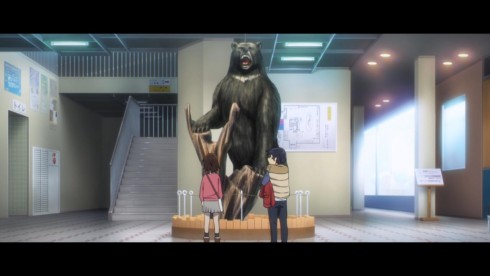 As I’m sure many of us guessed, Satoru jumps back into the past this week, terming what he thinks is his “final” revival. I’ll bet good money that There’s nothing final about it though. Given that the series has already broken the rule of “there are no do-overs”, there’s little reason to take it or Satoru at its word at this point. I fully expected things to both go wrong this week, and for them to eventually lead to perhaps another trip to the future and then back to the past again.

The idea of inter-cutting between the past and the future doesn’t bother me, but what could have bothered me was the idea that the series actually expected me to believe this particular revival was the final one. Thankfully, the story itself is pretty aware of what its doing, and we almost zoom through all the events of X-Day and Satoru’s second attempt at trying to right the wrongs. 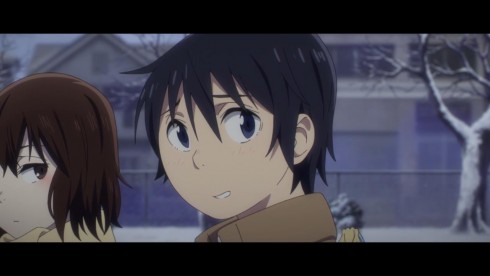 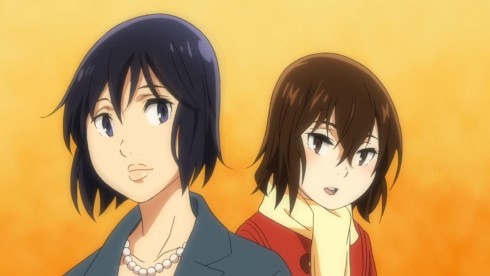 Its not surprising that Satoru fails again, if only because the way he’s going about this seems to be inherently flawed. Satoru’s whole idea is to try and shape events in a way that prevents Kayo from being in danger. What he really needs to account for, however, is the actual distance between Kayo and the killer. Who the killer is, plays a pretty darn big role in this whole changing the past thing.

As soon as Satoru decided he was going to abduct Kayo, I knew things weren’t going to go well. Having Kayo run away from home and be alone is exactly the kind of situation the killer needed, where she’s out of sight and out of mind. To make matters worse, this puts the entire blame on Satoru and his friends, since they were the ones who ended up trying to help Kayo run away from home. 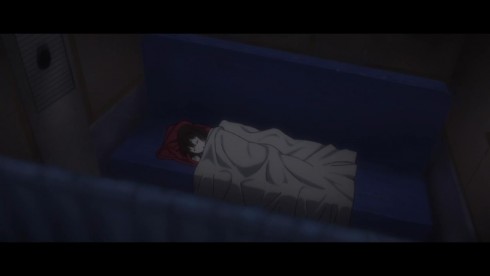 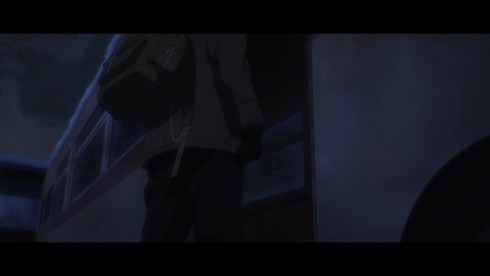 Unfortunately Satoru’s attempts to fix X-Day lead to nothing more than having Kayo in the perfect spot for the killer to take her out. That’s what the episode ends on, with Satoru more or less failing again. But, in Satoru’s second attempt, a few more key things come to light, and most of them involve his rather observant friend, Kenya.

The way Kenya is acting looks pretty darn suspicious, as I’m sure he’s meant to be. With Satoru acting all smart and mature, we know that he’s got all his adult experience and knowledge in there, but with Kenya? Its very very bizarre. How does the kid seem to be ahead of Satoru at every point, and so observant and clever about it all. There was a hint in the last trip to the past, where Kenya was potentially talking to the class sensei. 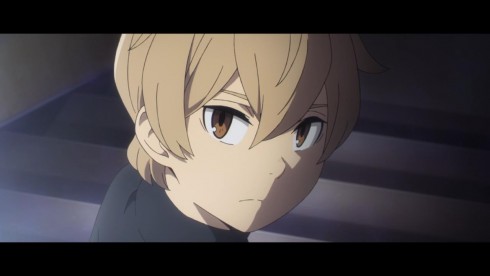 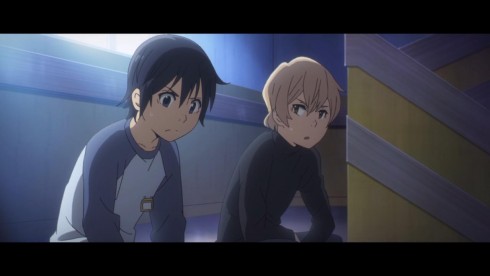 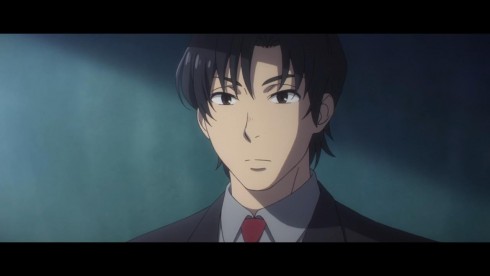 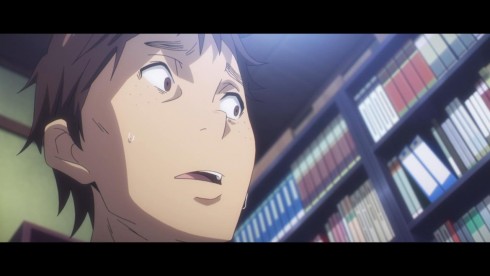 If the Sensei is the killer (rather than the still suspicious Yuki), then it points to a pretty solid connection to Kenya, and how observant the kid really is. Kenya just sets off all these alarms, and I’m sure I’m not the only one thinking of him as a potential accessory to it all.

But then there’s that whole scene with Satoru planning to kill Kayo’s mom, his eyes turning red and all. Its Kenya that stops him here, so its hard to tell what Kenya’s angle is in all of this. What is notable is how darn red Satoru’s eyes become for the one second where he’s about to use his revival power to kill someone. The Red eyes are similar to that of the killer’s in the future, so that in turn answers a few questions. 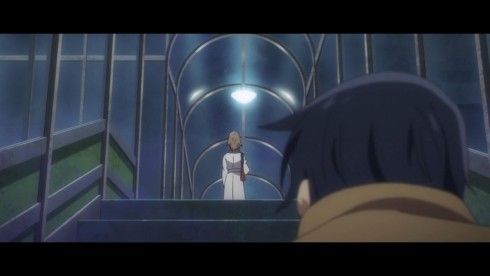 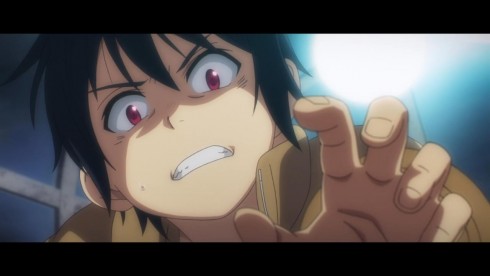 Yes, the killer has revival powers like Satoru, and it seems like if the revival power is used to kill rather than save, the user’s eyes turn red. There’s some inherent idealogy of evil vs good in the game, and with this week’s episode, we see just how thin that line is.

It also answers the fact that Satoru and the killer are locked in a game of chess, one that revolves around information, past events and lives. Satoru is the good guy, the hero who’s trying to save lives, while the killer is the one trying to kill people and set himself up in a position of power in the future. 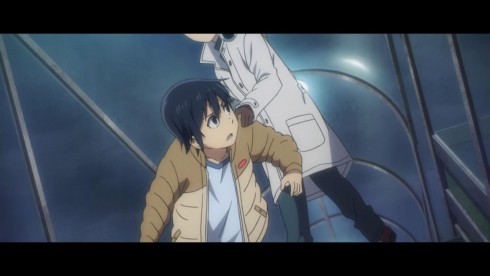 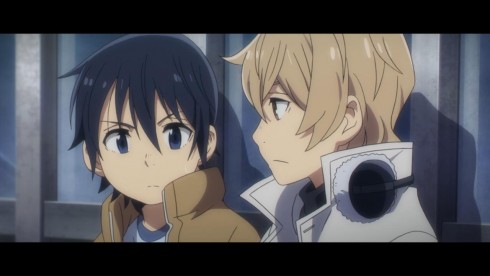 That’s one version, but the whole red eyes thing got me thinking, about Satoru himself. Its also possible that Satoru’s time travel powers extend farther beyond just posessing himself, and if there’s physical time travel involved, then Satoru might be fighting against himself. The enemy, the killer, may very well be a Satoru that’s used his powers for his own gain, and sacrificed his friends and family in the process.

This theory has a lot of problems with it, and is a huge stretch at best, but I thought I’d throw it out there none the less. One of the benefits of being a non-manga reader is the fact that I can speculate like this to my heart’s content, so I’m more or less fine with documenting whatever I’m thinking in the moment. 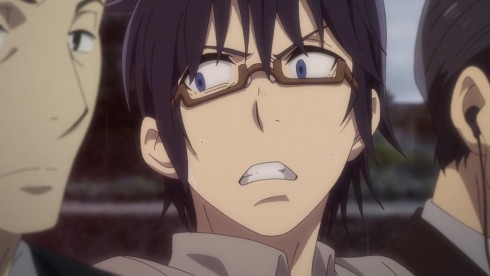 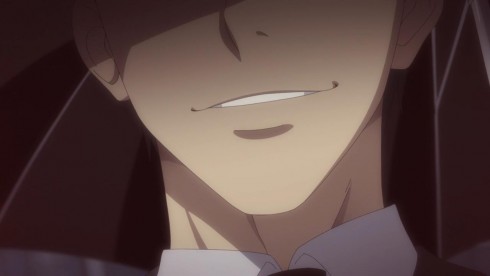 I will also say that the whole “the villain is another version of the protagonist” has been done a few times in anime and manga before, so I don’t think the series is going to fall into that particular trap. There’s also the case of Satoru’s father’s identity, but that’s really going to into cliche territory.

What we do know is this, Satoru failed once again to save Kayo, though he did manage to change how and when she died by a small bit. The question is, where do we go from here? Does the show stay in the past for a bit more and deal with the fallout from Satoru’s failure? Does he take the time to figure out the killer’s identity? Or do we just head back into the future again? 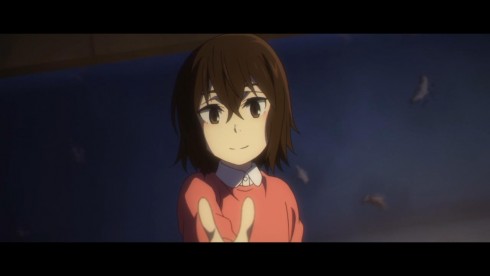 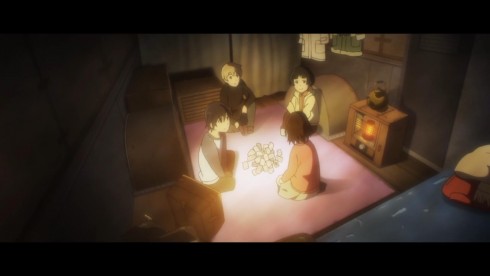 I think we’re reaching the boiling point on the whole question of Satoru’s enemy too. Its not so much about the killer’s identity itself, but rather the show and Satoru himself focusing on THAT in the past. We know that Satoru can potentially revival as many times as he wants, until he reaches the end of his life in the future, so that does mean he’s running out of time.

And Speaking of time, we’re also about half way through the series at this point, so unless this story is planned to be a two cour show or something, we’ll need to start getting answers sooner rather than later. Right now I’m not worried, nor do I think this was a bad episode by any stretch of the imagination, but I do think that this is a path that the story can’t go down again. 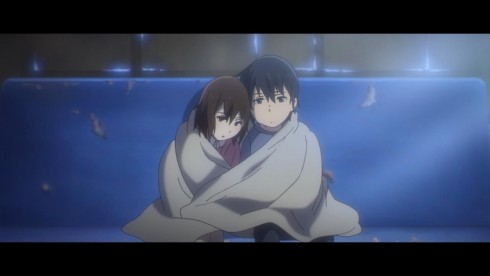 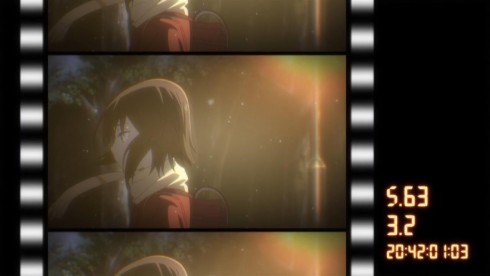 Reliving the definitive moment of Kayo’s death, even one more time, is going to feel a bit repetitive, even at the much more quickened pace that we got this week. I suppose it’ll be interesting to see what kind of direction the show chooses to go in from here, and whether it can keep things fresh and interesting.