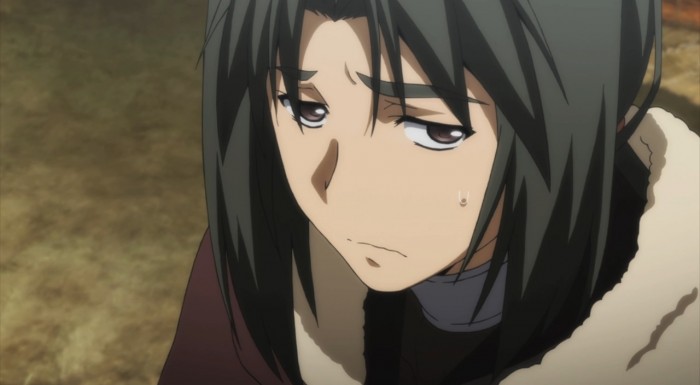 Well only a few episodes left and the cast has finally landed on Tusukuru. Still can’t help feeling awkward about this whole thing since we are basically watching things from the villain’s point of view. Haku supporting this invasion….cause why not. Kuon basically a traitor at worst and a naïve princess at best. These are our lead characters right now. I might not mind all that much if Tusukuru just wiped out the whole main cast next episode and the show ended XD. 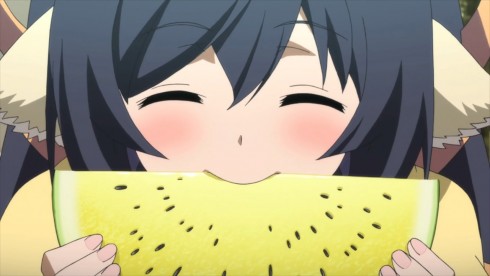 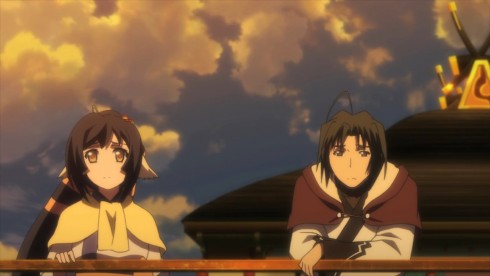 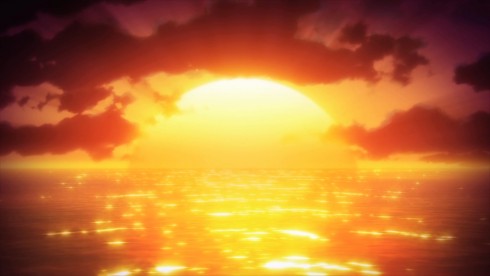 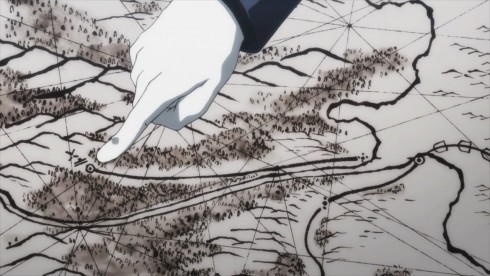 I can’t help sighing a bit with Kuon. I get the idea of her friends here being hurt worrying her. But frankly she’s overestimating her people. This isn’t an actual game here. She can’t try to tip toe on the line of keeping everyone alive. These are two sides trying to kill each other. If she tries to prop up Yamato then she may very well doom her entire nation in the process. Kuon isn’t some powerful character here. She won’t be able to turn the tide back once Yamato gets rolling. At that point she’s basically the traitor who got her family killed. If she was just using Yamato to get herself back home so she could help her country that’d be fine. But she’s being insanely naive thinking she can end this war without everything going to hell.

I’m not as hard on Haku. He doesn’t have much reason not to go along with it. Kuon isn’t making a fuss about attacking her own people so what else can he do? Everyone he’s close to is at least ok with them doing this so of course he’s going to support Yamato if only to keep them safe. He does at least have some moments of contemplation outside of the comedic aspects of the episode. Guy is thinking. 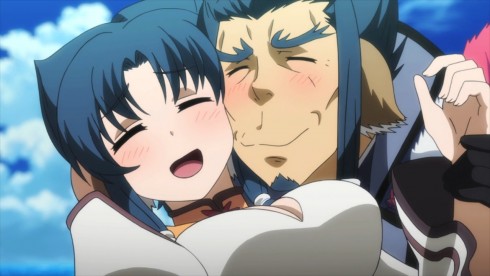 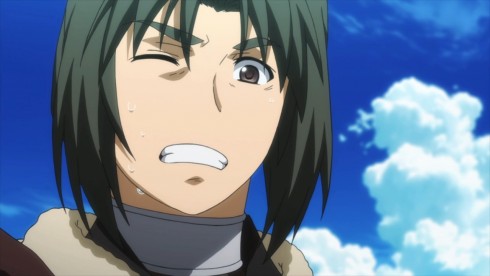 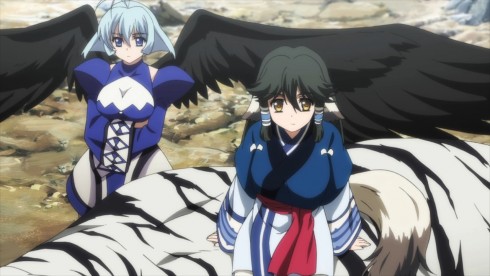 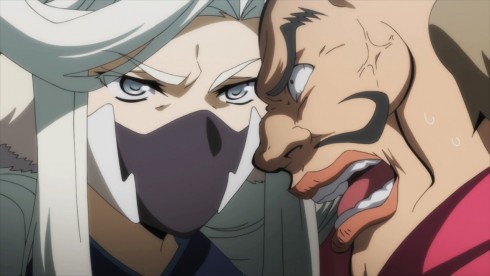 It is a bit silly that they are putting this invasion unofficially on Haku’s shoulders, or at least the fort incident. This isn’t Hakuoro. Haku has only rarely shown any tactical insights or really academic intelligence at all. Using his head way back in episode 2 was basically the highlight of his tactics. He’s had basically one fight that wasn’t even really a fight against Oshutoru. The incident with the Princess was frankly more Oshutoru scaring some sense into her. Haku’s words had some impact in making that scare tactic work, but he basically wasn’t a major factor in that girl turning her life around. And now suddenly Munechika and Oshutoru are like “oh yeah, Haku can handle this.” Really? The man has spent most the series cleaning gutters. Unless that will play into his tactics, I can’t see how this will turn out.

At least Tusukuru is using their heads and fighting intelligently. Psychological tactics, night raids, attacking supply lines, etc. I’m cheering for those guys frankly. The country that is being invaded without good cause and is just covering their bases. Luckily they managed to avoid Kuon dooming them by taking advantage of her. They easily lured the fighters away from the convoy. Sure it gave some supplies, but 90% of them were taken by the home team. Has to be a facepalm moment seeing Kuon actively helping their enemies.

Not quite as shocking that Atui has that kind of personality when you see her background. An overly affectionate father and a country full of really buff guys. Suppose it makes sense that she’d be happy to get away from all that when as a kid she had to push the people in the nation to take baths… 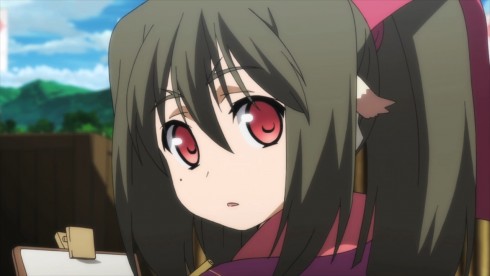 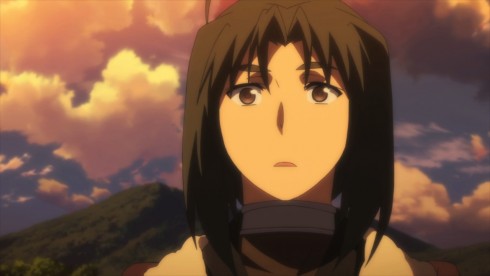 Next week the action should get going, but I’m only somewhat excited about that. The series hasn’t done action particularly well so far. I’m feeling kind of bad that somehow Yamato will bungle their way to taking that fort despite the powerful defenders in place. 5 episodes left and right now it’s kind of just coasting into the finish. I’m not really sure how this all ends. Just going to play it straight and have Yamato win? Have everyone go traitor in a couple episodes? Who knows. If nothing else will be curious to see how this all ends.