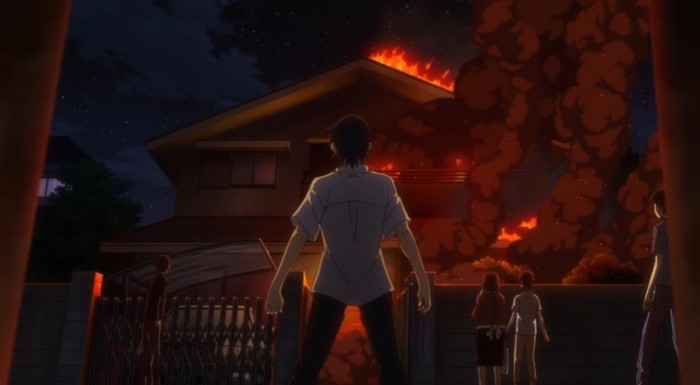 After five weeks of jaw dropping episodes, its the sixth week that actually gives us an episode that doesn’t exceed expectations and amaze. Yet, even then, this week’s offering was such a good, riveting and enthralling episode, so much so that… So far, even the low points of Boku Dake ga Inai Machi, are pretty darn great and what you’d call “cream of the crop”.

A story can’t always keep improving or trending upward. At some point, a story has to take a breather, stop throwing twist after twist, and just kind of plateau for a bit. Most of the time, these “resting moments” are when a story will either take a contemplative retrospective approach, an approach that entirely frustrates the audience, or just quietly move the plot forward. If I were to equate Boku Dake ga Inai Machi’s sixth episode, then I’d put it close to that third option, except… There was nothing quiet about this episode even if it felt a bit less intense than the last few. 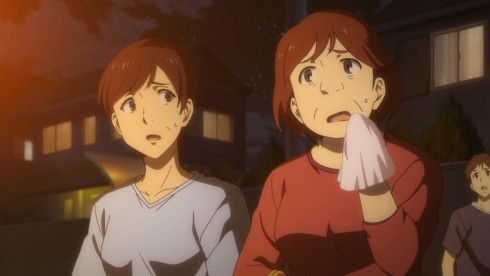 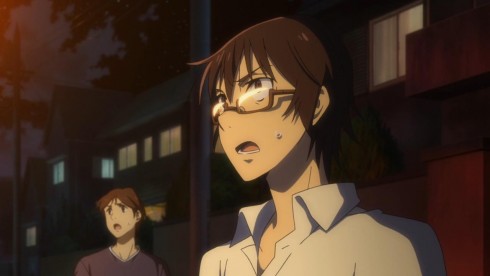 The greatest asset that Boku Dake ga Inai Machi has, is that its never predictable. Every direction it goes, whether its the tried and true path of traditional storytelling, or some entirely new original direction, there’s something inherently new, fresh or unexpected about it. The thing that was most unexpected this week, I think, was another episode dedicated entirely to the present, with no sign of us actually moving back into the past anytime soon.

For one thing, the more obvious pattern to the story would’ve been to kill Airi off in the last episode. That didn’t happen, and instead, I think Boku Dake went in the interesting direction of giving Satoru something and someone to tether him to the present. The present matters just as much as the past, if only because there people here that care for Satoru, go above and beyond for him, and honestly, are people that are in danger. And that’s fascinating, because its something that I could never dream of imagining. The tone, the consistency of the plot and reveals thus far, almost suggest that the story NEEDS Airi to pass along, because it just, feels right. 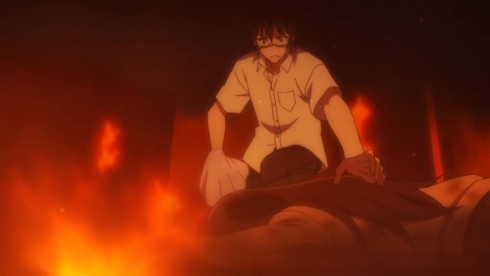 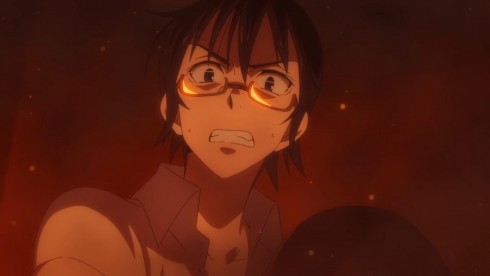 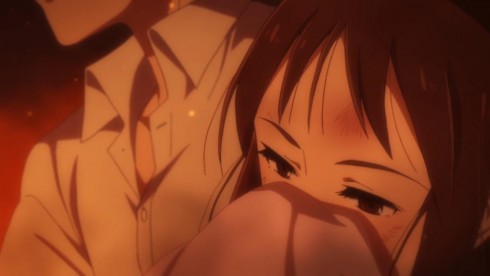 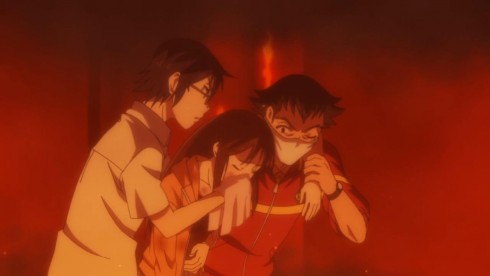 And yet, Boku Dake goes against what feels right, and it continues to pull off that whole “opposite of what you’d expect” with a grace and class of its own. Satoru running in to save Airi and actually being able to do it (With the help of creepy Tenchou/Manager)? Not something I saw coming, but damn if I didn’t love it. Losing Airi, this early in the game, would’ve been a major missed opportunity, and I’m glad that Kei Sanabe-sensei knows the value of his own characters quite darn well.

Now, because Airi actually survives, the story takes on a more meaningful direction in the immediate. Satoru has to figure out who’s gunning for him, and how that person knew Airi. The fact that Airi survives, is actually the best thing that’s happened for Satoru since this whole ordeal began. Airi being targeted is a huge hint, one that may lead Satoru straight to the killer. And thankfully, Satoru does put two and two together, and continues down the path of logically trying to identify his enemy and his mother’s killer. 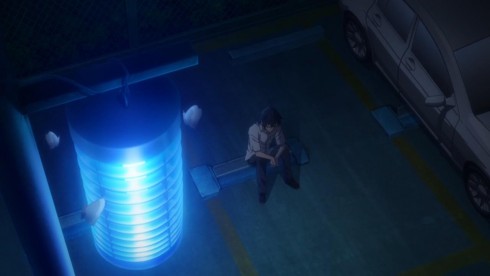 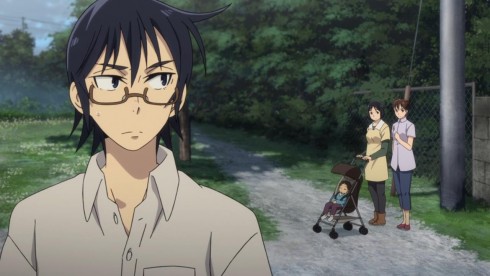 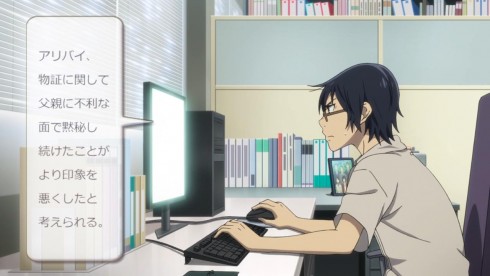 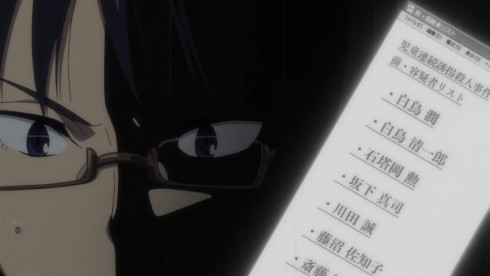 That’s really what most of this week’s episode is about, Satoru trying to piece together everything from the information he has. By Boku Dake standards, that’s a slightly lower key episode than most, but the reason I think it works so well is because of Satoru himself. Satoru is a great lead, and he’s the right combination of capable, and overwhelmed, of emotional and detached.

There’s an inherent realism to Satoru because he walks that fine line between exceedingly capable detective and every man. Satoru tackles this terrible tragedy in a way that’s remarkably composed, but not unbelievable. Satoru deals with the death of his mother, his powers, Kayo, and Airi in the sort of manner that I’d like to hope I would, were I in these impossible circumstances. Would I actually be able to cope with it all as well as he does? I’m not sure. 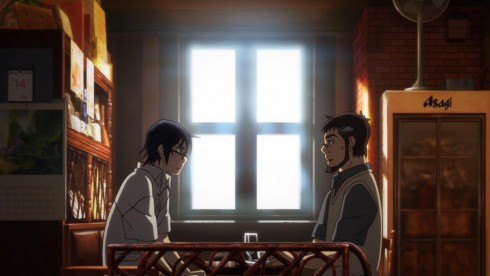 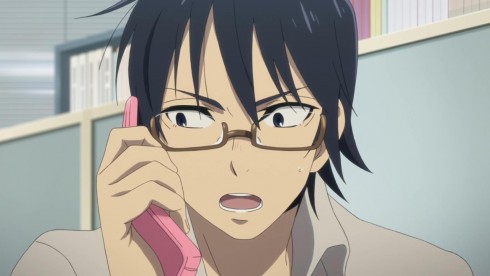 What I do know is that I’d like to think so. I want to believe that the way Satoru is approaching this mystery and trying to solve it, is the sort of way someone could react to that situation. And that’s an amazing accomplishment, for the show, its writing and its character building.

In my mind, Satoru makes all the right moves. He ends up going to his mother’s old reporter friend Sawada (who I admit, I thought might be a suspect), and tries to get as much information and support as he can. He ends up trusting Airi, despite it probably being a bad idea, and he does end up getting caught because of it. 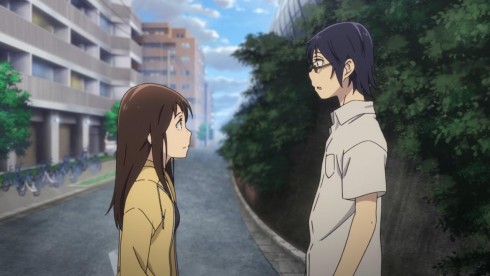 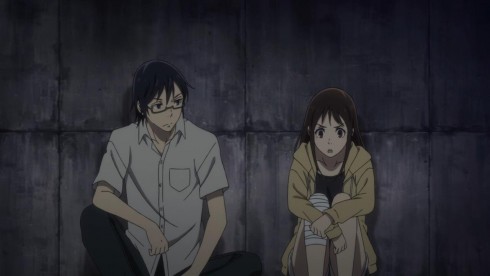 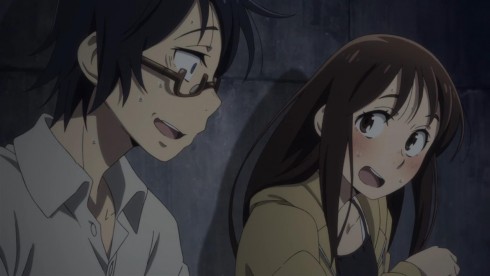 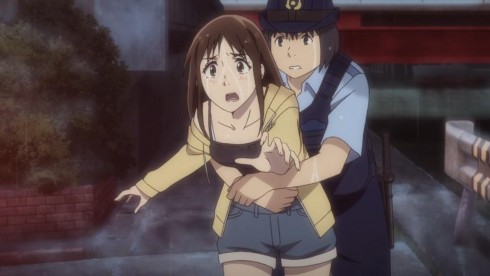 But here’s the thing, not trusting Airi, after all that she’s done, feels like the wrong thing to do. Satoru is a heroic character, because he believes in his friends, and because he’s willing to do the impractical thing for them. There’s an undeniable fact that Airi needed Satoru to believe in her, as much as he needed her. Her whole backstory regarding her father is proof of the fact that Airi sticking by Satoru is exceedingly important to her.

Its those feelings of her’s and her drive to not lose another person she cares about, that is used against both her and Satoru. Satoru is caught by the police, in handcuffs with his future looking pretty bleak, but as this whole thing goes down… Satoru comes face to face with the killer himself. That’s a nice moment to end the episode on, since its a rather powerful moment. 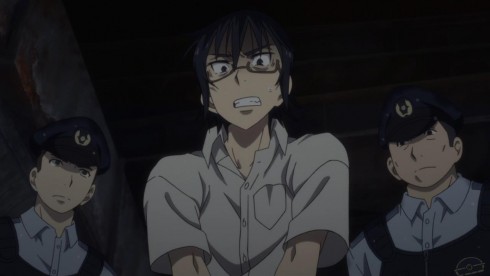 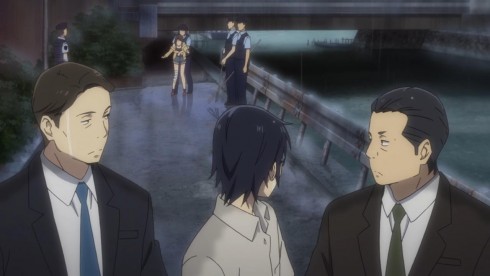 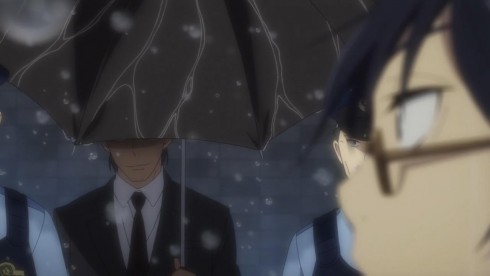 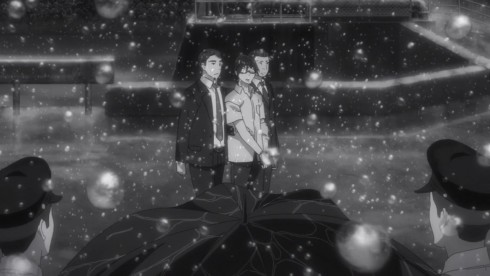 But its also a great cliffhanger because again, the audience is left with no idea about where the future of the story itself lies. Okay, so Satoru knows who the killer is, sees him, even has some hints about the fact that the man is a council member and wields great power. At this point, I’ll wager that the killer’s identity is pretty close to being understood.

Okay, but where does the story go from here? Does Satoru go back to the past armed with that knowledge? Can he even? Its unclear whether Satoru can even activate his revival power again. Could the story just be stuck in the present now, with various flashes to the past? All of these possibilities, and none of them entirely bad. And of course, there’s the question of who the killer is, what his motivations are, and whether he has similar powers to Satoru or not. 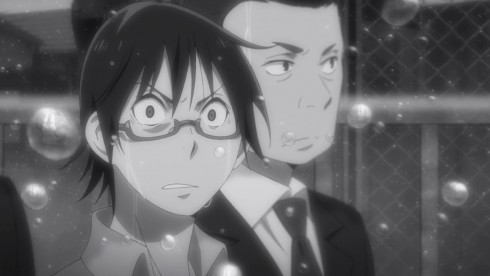 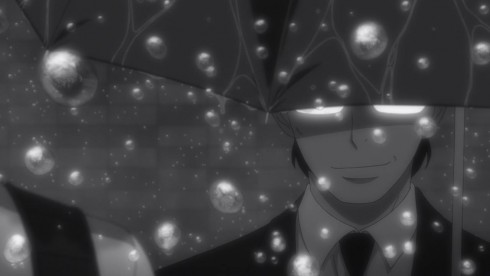 In many ways, the end of the episode seems to signal another turning point, which just insane considering this series seems to do that on a near weekly basis. Wherever the story goes on from here, you can bet good money that its going somewhere that isn’t entirely expected and is going to be pretty remarkable and at the very least very entertaining.

The final thing I’d like to comment, just as a kind of side note, is the very idea of Satoru as a aspiring mangaka. Why is Satoru a Mangaka? I feel like that little detail is actually pretty important, because I’ll be quite honest, Satoru doesn’t seem like the mangaka type. What I mean by that is that the whole idea of him being a creative individual, trying to make a mystery manga, seems kind of out of whack with the rest of his character. Yet, its undeniably a part of who he is, and we see a piece that, in his conversation with Airi. 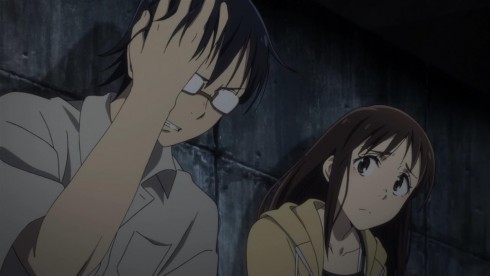 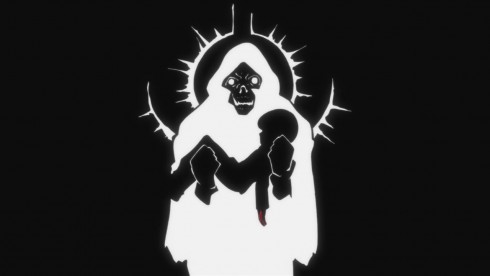 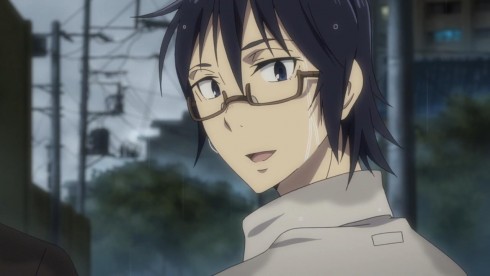 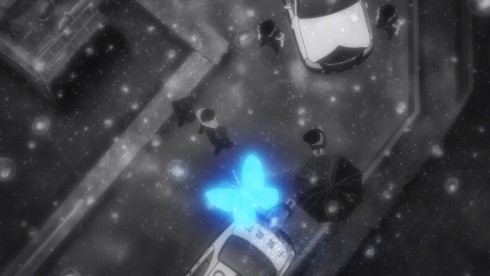 Is Satoru’s career path a sort of self-insert by Sanabe-sensei? I mean, we get that whole parallel, grim reaper story idea (which incidentally, is what the episode is named after), but it can also be interpreted as Satoru blaming himself for all that’s happened thus far. I’m not entirely sure what purpose the mangaka angle serves, but I do know that I’m quite intrigued by it.

Which is kind of part of the general nature of things when it comes to this show. There’s a lot to be intrigued by, and a lot of mysteries and questions to be solved and answered. And as always, I can’t wait to see more. The fact that the series continues its no preview rule, just makes everything all the more exciting, and the wait more unbearable.