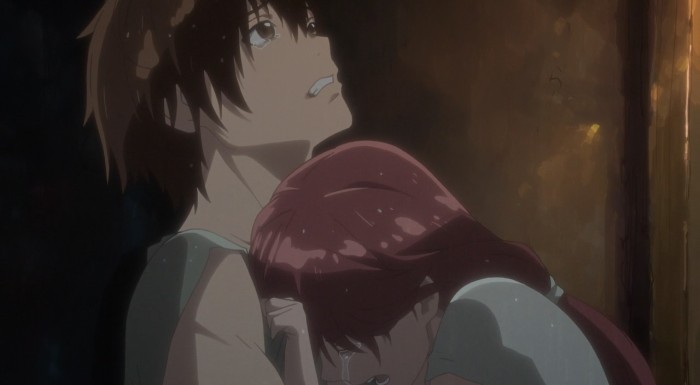 Whew, this was one heck of an emotionally charged episode. Very much expected that they would spend time dealing with the aftermath, but I was really surprised how good it was. You had a chance to see this group dealing with such a huge loss and how they both made good moves to stand up and also made some errors. I have a lot of faith that they’ll be able to hang in there going forward and also deal with the troublesome elements of Mary’s personality. There’s no way this group could handle such a personality in their current condition. The group grieving, struggling emotionally and not even united. Very much fitting with the title of the episode. Everyone just tried to endure this loss and really they just didn’t do it in the best way possible. They might have fallen apart entirely if it hadn’t clicked with Haruhiro that there very much was a need to talk to Yume and Shihoru. He hadn’t fully understood what the issue was, but he did understand that there was a pressing need to go and talk. 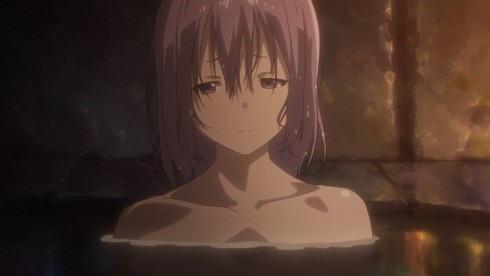 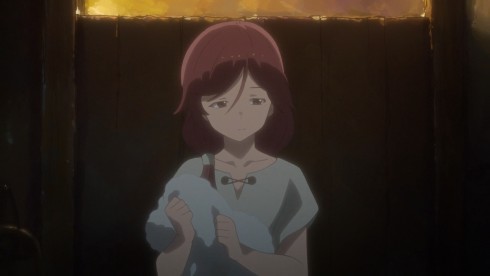 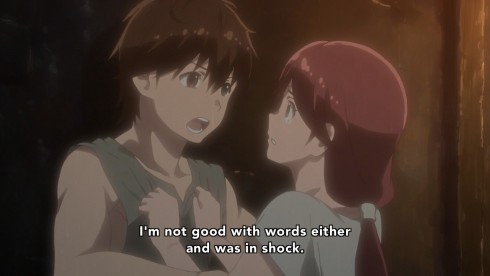 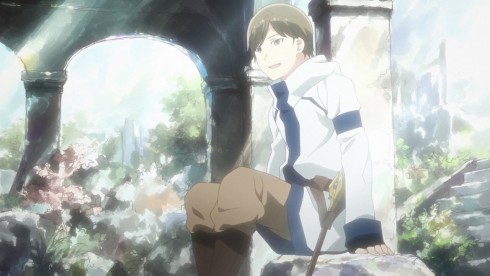 It’s hard to ignore that emotional scene at the end of the episode. I expected there would be something interesting resulting from Haruhiro going to speak with the girls, but that was something else. It just built up nicely to just both of them losing it and venting all the grief and pain that had built up. He understood that making a decision without consulting the others wasn’t right and that excluding them on that front was a problem. But what Haruhiro didn’t understand yet was that the bigger thing was the guys cutting themselves off. Yume may be friendly, brave and fun, but she’s not great at expressing herself. Shihoru was a shy person to begin with and lost basically the only guy in the group she could talk to.

It was just a great scene seeing Haruhiro try to apologize and Yume making clear that what he was apologizing for wasn’t the issue. She was mad about something else entirely. And in the midst of all the emotions it was clear to them both that no one person was at fault really. They all have their problems. Haruhiro isn’t any better than Yume or Shihoru at expressing himself and was also suffering through the shock of Manato’s death. They were all just struggling and couldn’t get their thoughts across until this point. They were a group, they were friends, and then someone died. Someone died and they all started to fracture. They didn’t absorb this as a group which only made it harder on everyone. 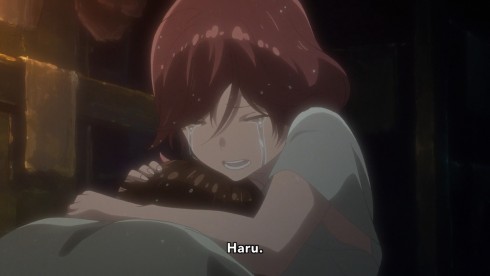 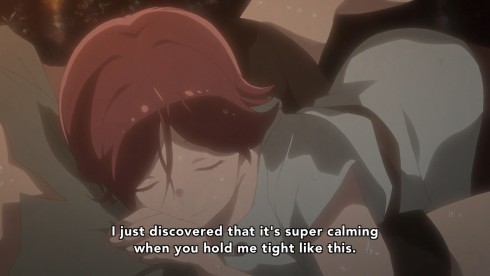 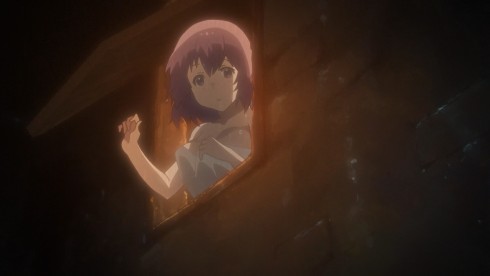 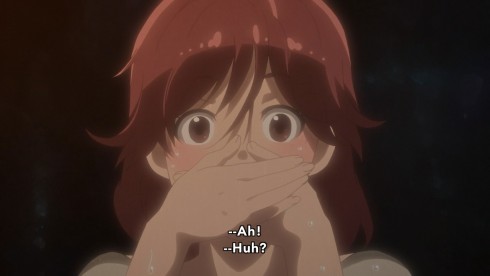 It took until that breakdown for Haruhiro to really get it. Manato was outstanding, but he was one guy. They were a team, a party that was getting better and could do more than any of them could alone. It really was that and just finally taking that loss head on that left Haruhiro in that state of grief. Just a very powerful moment with the two of them just getting it all out. It worked well. One person comforted the other, in a sense alternating turns and just getting through it. Something very necessary for Yume and Haruhiro to do. They couldn’t move at all without taking that moment.

And so they were able to calm down a bit and speak pretty clearly. Of course for the shipping angle, it was a great moment. Though even just on the friendship side of things, it was really nice. Both of them looking calm and relaxed. Yume’s discovery that it is calming being held like that XD.

And then of course it all gets silly with Shihoru spotting them. I appreciate the show for that scene. After such an emotionally charged episode, you need a laugh. And really who could blame her for interpreting the scene the way she did? Haruhiro and Yume cuddling outside like that. One wouldn’t immediately say “oh they were grieving and are now relaxing” XD. Loved Haruhiro’s matching over the top reaction and it taking several seconds before Yume reacted. Like “oh, right we were just doing that” XD. A yell, and just holding onto her chest to take in the moment. 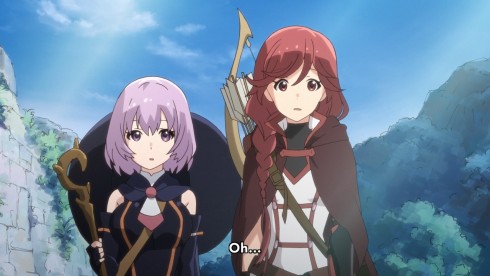 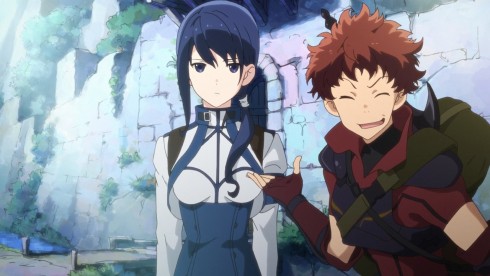 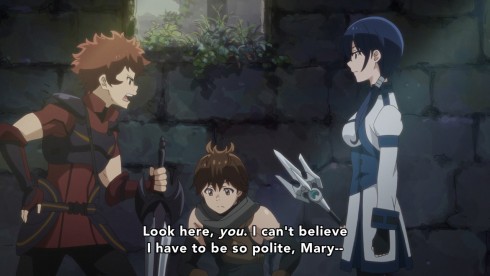 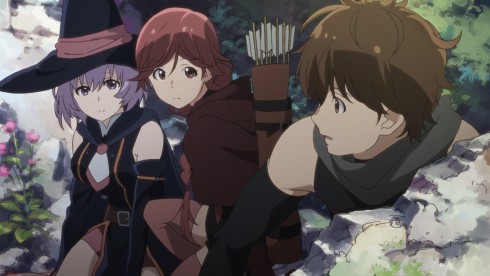 And then of course we have Mary. Can’t say what I expected to get from the replacement Priest in the group, but can’t say I quite predicted her. It does make sense of course. You are finding a replacement and frankly someone who is free to just join a new group probably has a reason to be on their own. A top notch Priest with a great personality is already going to be in a group. That’s prime teammate material. So it’s not overly shocking that Mary’s personality is pretty standoffish. She isn’t quick to bring herself into the group, open up or communicate peacefully. Very much a person who will do her own thing and not care if she’s making everyone around her uncomfortable.

The fun thing I suppose is that she is right on a lot of points. In general her stance is pretty on point. A priest shouldn’t be fighting on the front lines constantly. Manato being a healing tank is a very dangerous position. Kikkawa made some points that frankly they never thought of. Such as that enemies aren’t stupid. They know a healer is a pillar for a human team. They are going to be targets just like mages. That is why the forward warriors are so important. They have to be that wall that can take damage in order to keep the one who can heal them later, safe. Mary was also right that you shouldn’t heal every wound instantly. Manato died because he healed too much and had nothing left for a real emergency. It’s fine to heal some wounds, especially if they prevent the person from fighting or retreating. But every injury isn’t important. Those flesh wounds can be ignored until the fight is over. That way an emergency can be dealt with. The issue of course is that she’s very…rough in getting her accurate points out there. She just throws them in people’s faces which just frustrates everyone. 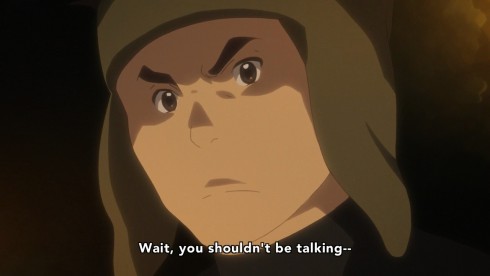 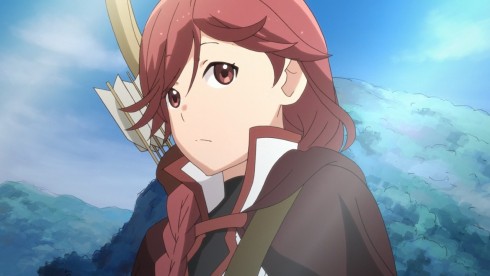 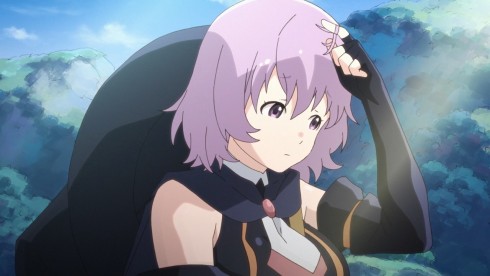 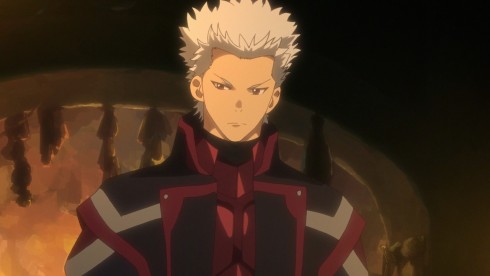 So many good scenes. Like the guys having their own breakdown at the bar with even Moguzo stepping up and telling them both to calm the heck down. Seeing Renji and how his group just looks so darn accomplished. Probably was a good thing to turn down the cash since it might have left them unable to make that emotional breakthrough later. Plus really it is something they need to work up for. Though it does show that Manato was someone that was fairly well known by their group and his loss is meaningful.

In the end I’d say this was a darn good episode. Some very strong emotional moments and the group just stepping forward after such a critical loss. I did really enjoy how the episode ended since it’s a win/win kind of scenario. If nothing comes from that it is a scene showing how Haruhiro and Yume have become much closer friends and comrades. If something comes from it, well there you have it. There really is no downside with interpreting that scene however you like. What I can’t wait to see is how the group deals with Mary. Getting a breakthrough with her character is critical. You just can’t fight at your best if you are struggling with someone like this. Her points are good which is why she’s someone necessary to have there. But they have to be able to work with her and she has to become more flexible.