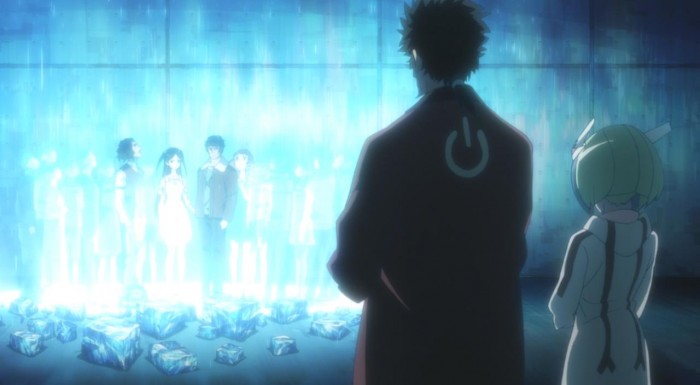 Not all episodes are created equal and not all storylines are given their due time either. With Dimension W’s first foray into a multi-episode story, we got a conclusion that definitely felt strangely rushed, cookie cutter, and just kind of decent rather than impressive. In an odd twist of fate, its in the fifth episode that Dimension W kind of regressed into what I had expected it to be when it first presented itself; A good sci-fi series that hits all the right notes but isn’t all too exceptional.

Maybe I’m being a bit too harsh here, because from most standards and view points, this was a pretty good episode. It was entertaining, riveting and above all there wasn’t really ever a dull moment. Yet while the initial setup and overall idea from last week had promised something a lot more exceptional, what we got was a standard story of regret, murder and lost possibilities. 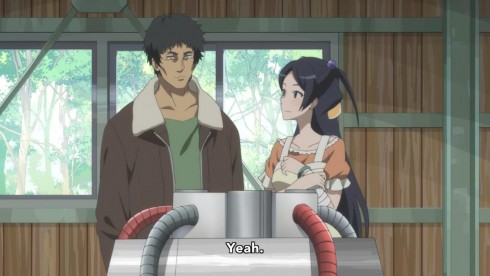 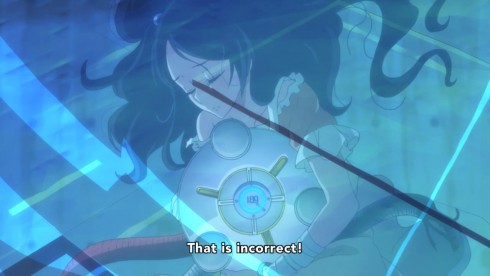 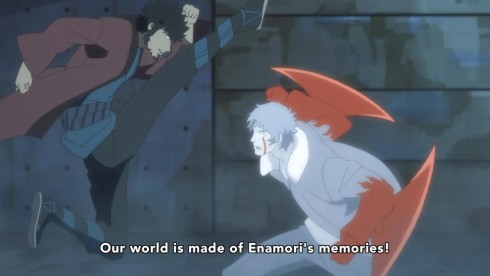 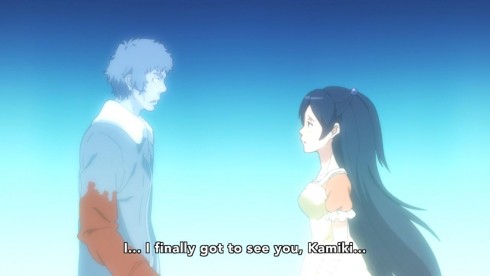 Stories like the one about Enamori and Sakaki aren’t bad per say, they’re a staple of anime, and even general sci-fi and horror. And since this latest story arc had more of a tragic horror tinge to it than most, it definitely felt fitting to having the story resolve in the way that it did. But fitting is hardly enough to have something stand out, and I think the reason I’m a bit letdown is because Dimension W has been outstanding, surprising and a cuff above the general crop of anime that we get to see these days, thus far.

Having it take the easy way out with Sakaki’s past self killing his current version, and his sister actually being Enamori was just… Okay. I think the whole twist and the whole idea would’ve made a bit more impact if we had been given a bit more room to breath and absorb the revelations that were almost shoved toward us. We had never really gotten to know Sakaki and Enamori, and getting their whole flashback in a few minutes, and expecting us to empathize and feel for the characters was simply asking for too much. 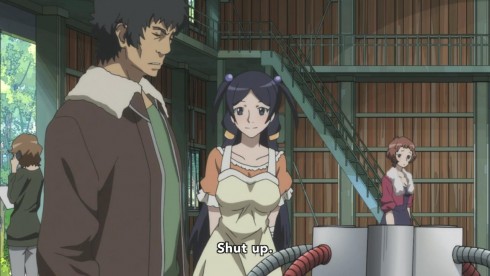 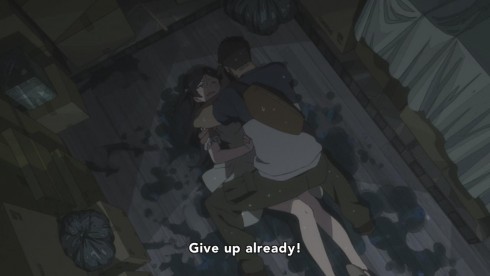 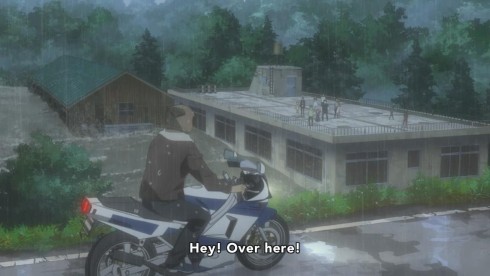 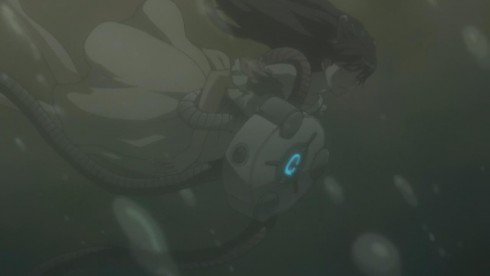 I understood the gist of what Dimension W was trying to say here, and I respect the idea of it, but the execution just felt too rushed. The resolution and information we got in this episode needed to be split into two, and really give us a feel for these characters and what their tragic background entailed. In the end, by simply going through the story too fast and providing us what would be the equivalent of a cliff notes version of the story, the show made the whole payoff a lot less powerful.

Enamori and Sakaki’s story itself didn’t win on emotional appeal, but it did provide some interesting insights into the W Dimension itself though. The W Dimension continues to be this rather nebulous term, because its still unclear as to what it exactly entails. From what we know so far, this W Dimension is an unlimited power source that currently powers all of humanity. Its also got the power to create multiple copies of reality, each with an entirely different set of circumstances and possibilities governing them.

The Dimension W can also store anything from memories, to people to alternate realities that people can think or dream up. As of right now, the W Dimension is a pretty expansive thing, and its also starting to become a kind of crutch for the story to basically do whatever it wants. Except you know, get over its issues of cramming too much stuff into one episode. 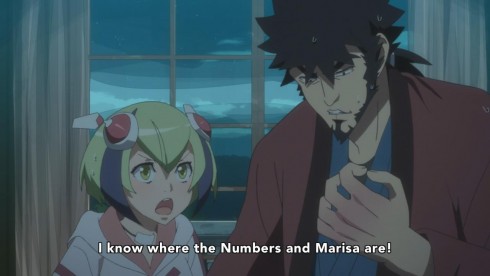 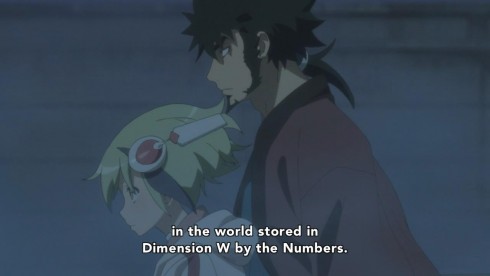 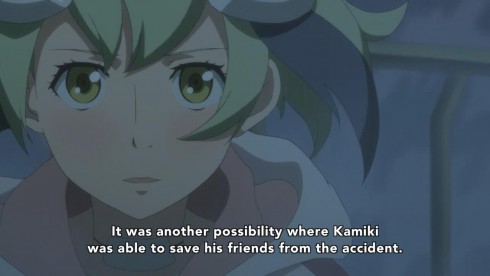 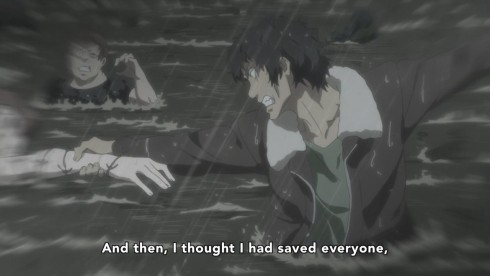 Playful poking aside, while the actual core of the story arc fell a bit flatter than I probably expected it to, the interplay between Kyoma and the other primary cast of characters was still as solid as ever. Mira and Kyoma continue to be an endearing and pretty darn entertaining pair. The little moments, like Mira figuring out what was going on and her first instinct being to go to Kyoma, or Kyoma running into Mira, obviously worried and hitting her rather hard exterior to hilariously painful results, are what keep me squarely invested in the series.

Beyond just Kyoma and Mira, there was also our good friend Albert. Taking a page from Kyoma’s book, I’ll hence forth refer to the blonde haired sniper as Al. While Al continued to provide a friendly helping hand to Kyoma, he also had his other goals. Turns out that goth loli vampire from last week, Ellie, was connected to none other than Loser himself. And Unknown to us, Kyoma and nearly everyone else, Loser was actually right in on the action this time, as the Manager Makita. 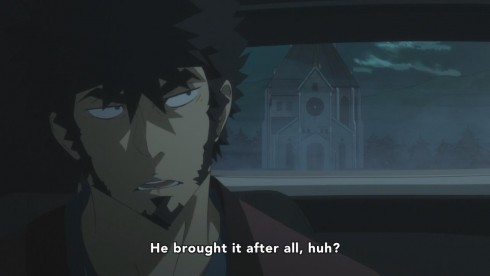 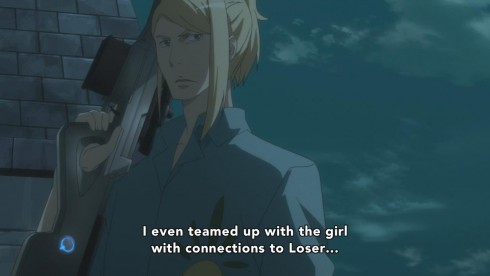 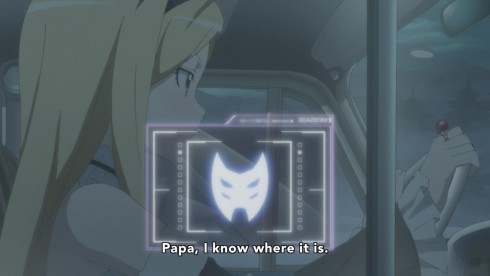 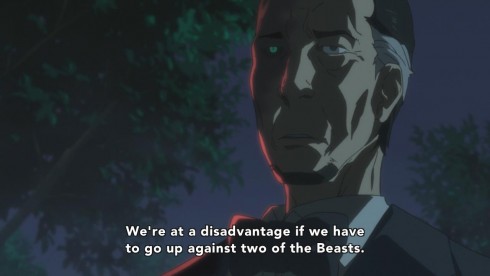 Ellie seems to be another one of Loser’s allies, and it seems like Loser himself is turning out to be quite the entity in the grand scheme of things. There’s no telling which side Kyoma, Loser and Al find themselves on as things really get down to business, but it’ll be interesting to see who ends up facing off against who.

In Kyoma’s case, the latest case ends up being a win for him and Mira. Interestingly, Kyoma makes good on his hate for coils, and absolutely wrecks the coil they retrieve, the numbers. I was a bit surprised by that development, if only because I doubt Kyoma was going to get any rewards for a broken coil, or at least significantly less than he would have if it had been retrieved undamaged. 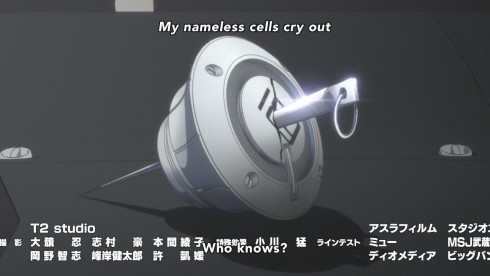 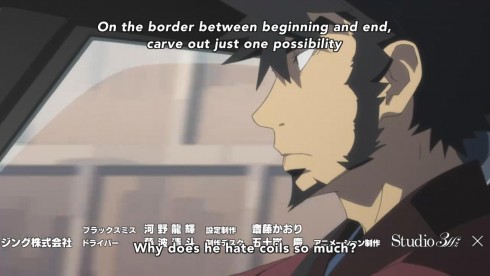 In the end, I think its Mira herself that brings us back to the central questions about the series and where it should be going from here. What’s Kyoma’s story? Why does he hate coils so much? And if he does, why does he continue to collect them? We already know Mira’s story, so I think its about time dive into the mystery of Kyoma’s past.

And before I forget, I haven’t said it enough, because I generally get caught up in story and characters but, The animation and production for this show is really really jaw dropping and impressive. Whether its the art direction, the battles, or just the impressive use of light and electrical special effects, everything has a shine and polish to it that just feels nearly flawless. Even more impressive is the fact that this is only Studio 3Hz’s second real series, and man are they setting the bar high here. Its just unfortunate that we’re only getting one cour of this fantastic effort. 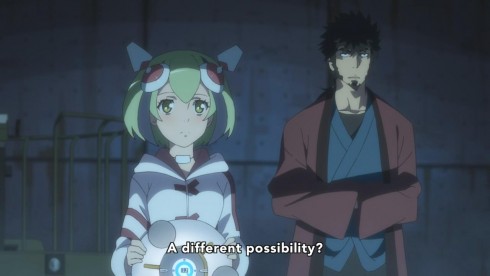 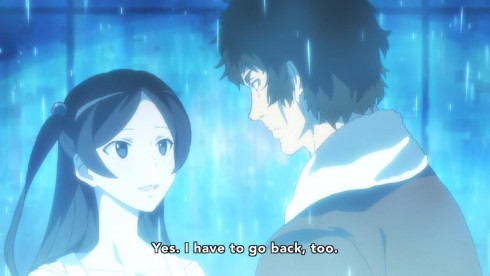 Its kind of scary, but we’re almost to the half way point of this great (but waaay too short) one-cour series. The limited episode count does provide some insight into why this week’s episode probably felt a bit rushed, as there’s press little time to waste. Still, even when rushed, I’d say Dimension W provided one of the most engaging and exciting episodes of the week.  Makes the wait for next week all the more painful, doesn’t it? 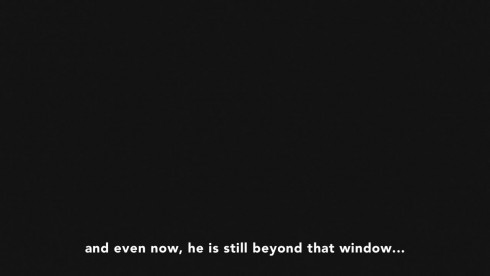 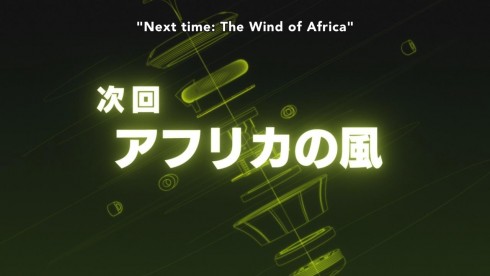 The wind Of Africa? Well honestly… I… I’ve got nothing. Nary a clue here. I guess we’ll find out what that’s about next week eh?