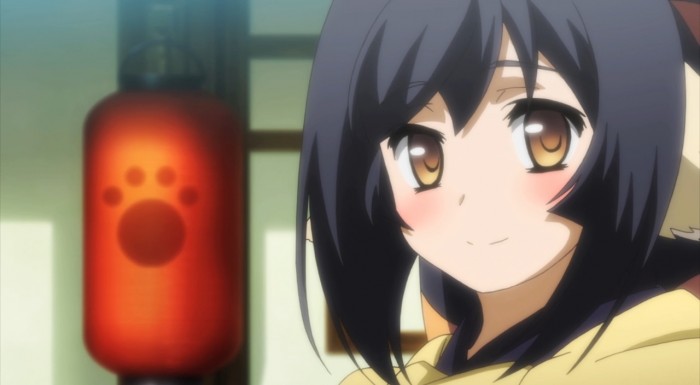 It might just be me as a person who saw the original series but this episode felt weird. I mean, Yamato is invading Tusukuru. That is kind of serious. Thus I’m not sure I can wrap my head around some of the actions I’m seeing in this episode. First…what the heck is Kuon doing there? I mean this seriously. Her country is being invaded, her family being threatened….what the heck is she still doing in Yamato? On that note I have to ask what the heck Karura is doing there or Touka. Those two are the front line fighters for Tusukuru. So what the heck are they still doing here? There’s little point in spying at this stage. Get your rears back home and get on the front lines before there isn’t a country to spy for. 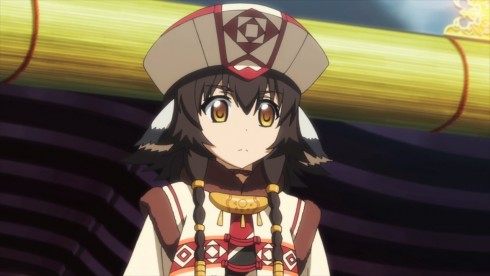 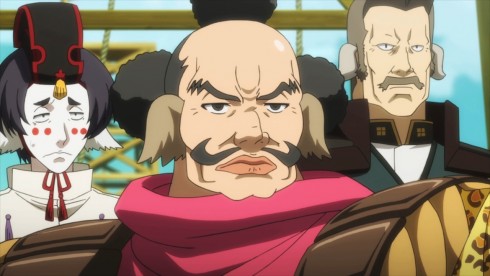 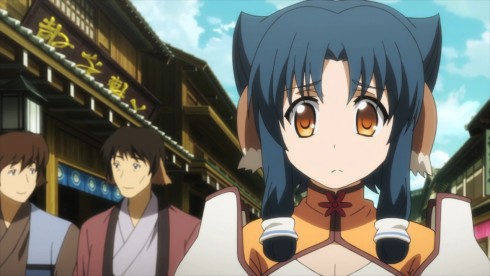 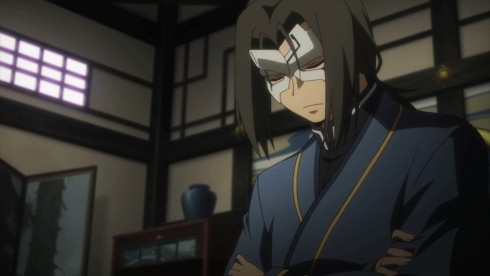 In the end it was another slow episode. That just seems to be the tone of this series…slow. Everyone just kind of reacting to the situation and getting ready for this supply run. My only problem with that is that thanks to cutting 90% of the combat possible scenes it doesn’t make sense to send Haku on this mission. I suppose you’ve surrounded him with a nice elite corp, but the man himself has shown no skills at this stage in the show. He’s not a particularly skilled tactician, not that clever, he’s just someone lucky enough to be surrounded by elite individuals. You might as well just send them and leave him behind XD.

On the positive side at least the cast seemed to acknowledge that Kuon might have issues with this development. I’m just kind of shocked that it was so reserved. I mean guys, you are invading your friend’s country. This is serious stuff. I suppose it somewhat reflects how utterly blind the civilians are. “Oh the Emperor says we’re going to war, ok.” No one cares for the reasons why they are fighting or anything, just that they were told to go. Though I suppose they are right on a point. No one could understand why they are going to war. That basically they are going to war so the Emperor can continue his efforts to revive the human race. However many bodies he has to throw at the problem, he will. 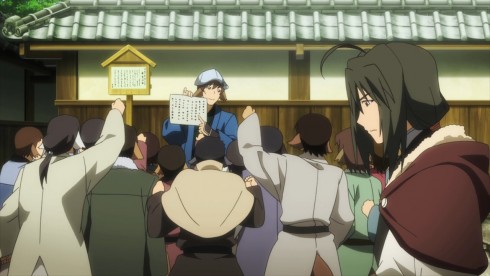 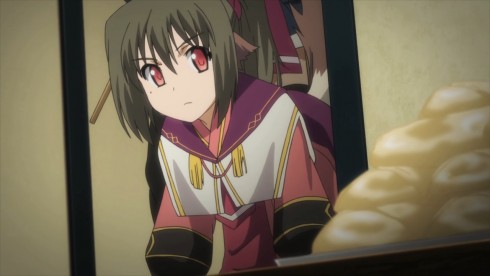 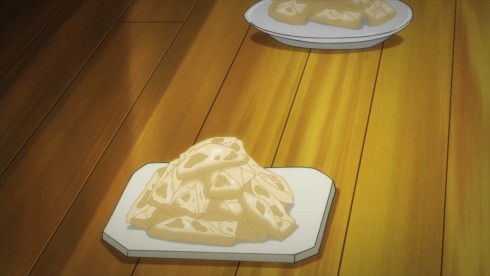 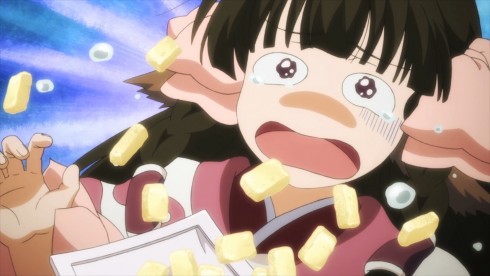 I don’t know. Just something about this episode threw me off. Part of it was treated like just another slice of life episode when it shouldn’t be. They are going to war. Does no one care about this!? I’m sorry Rurutie, but at this time I don’t care about your cooking escapades. It’s better than your BL obsession true, but there is a time and a place. Maybe it was just my inherent thoughts that half these characters shouldn’t still be here.

Plus the show kind of just dropped the whole Emperor is Haku’s brother thing. Yeah, that’s not important to follow-up on. Minor detail really. Just another bit of life going on here. I feel like there should have been a lot of continuation from last week that was just left hanging. I’m not sure what this series is trying to accomplish anymore. 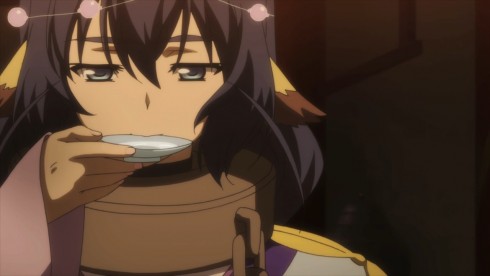 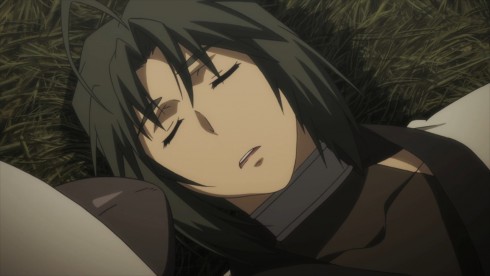 In some ways I feel had. The show seemed to sell a good balance of character moments and some action. But at this point I barely feel attached to anyone outside of Kuon. I mean what do I do with characters who are talking about things like cheering up Kuon? Cheering her up? Guys you are invading her country and potentially killing her family and friends. This isn’t someone just shutting themselves up because they got scolded by a parent or forgot to finish a school project on time. This is a war. I feel the biggest issue with this episode was focus. It focused on the wrong people. Atui? Rurutie? No, this should be a Kuon episode. Sure, a lot of the topics were related to her, but having her be a ghost the whole episode without a single line of dialogue just seems poorly decided.

I suppose on the positive side we’re off to Tusukuru. Just kind of odd that right now I feel like the main cast are just villains. Feels like I’m watching Star Wars from the point of view of the Empire or something. Off we go to invade a country that simply refused to let us desecrate the resting spot of their last Emperor….jerks. I’m sure we’re going to see them switch sides or something, but until then this just feels very questionable.