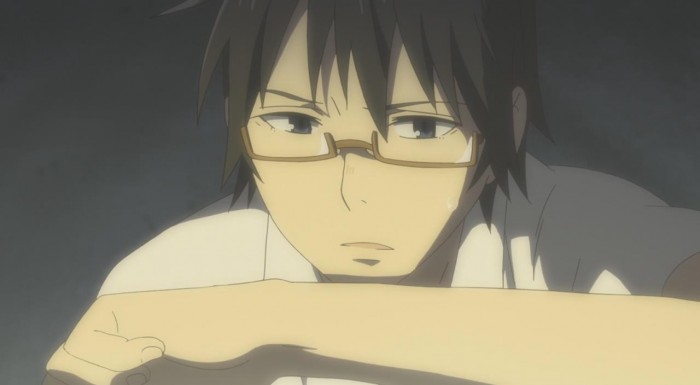 If there’s one word that perfectly encapsulates the appeal of Boku Dake ga Inai Machi, its “unpredictable”. In this day and age where people seem to think that “its all been done before”, and that there’s nothing truly unexpected or original left, Boku Dake ga Inai Machi stands tall as the exception to that increasingly depressing rule. The fact that 5 episodes in, the series continues to feel fresh, new and continues to deliver the unexpected on a minute by minute rate, well… That’s something extraordinary.

I had almost convinced myself that Boku Dake wasn’t going to return to the present. If it did, a part of me believed that the story just wouldn’t feel as powerful or as potent as it did in that premiere and the ensuing episodes. While it was a slightly incorrect preconceived notion of mine, there was just something inherently beautiful about the fact that Satoru was only being given one chance to really go back and rewrite everything. More than anything, the show almost sold the idea, both by how it handled the premiere and in just the general tone of the last four episodes. 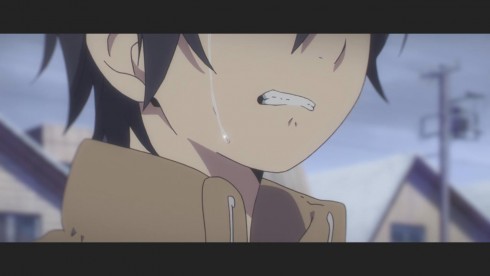 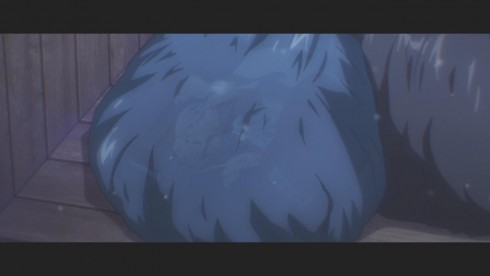 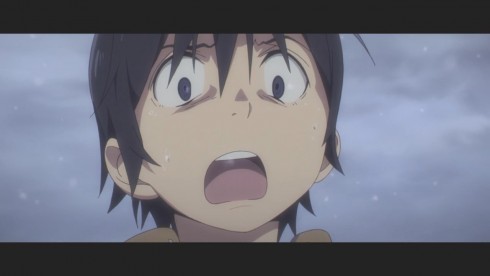 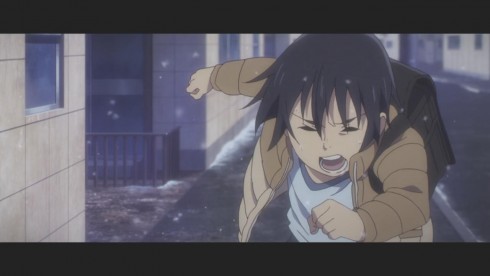 There was an overwhelming sense of certainty about the fact that we’d be staying in the past. But… When Satoru failed to save Kayo, there was always going to be a very obvious direction that the show could go towards. What truly baffles me though, I guess, is that the most obvious choice still ends up feeling equally unpredictable and special. It makes sense that Satoru would go back to the future after having failed to change the past. It definitely makes sense, even if it is a bit disappointing.

The story could’ve had him actually relive those years, but I think that particular decision, even if it lead to Satoru basically ending up right back where he started, would’ve messed with the pacing. There would’ve been a sense of repetition, and then the series would’ve settled into a pattern. Satoru goes to the past, Satoru comes back to the present, something still goes wrong, and he goes back again, rinse and repeat. 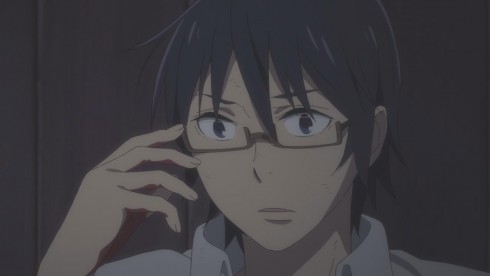 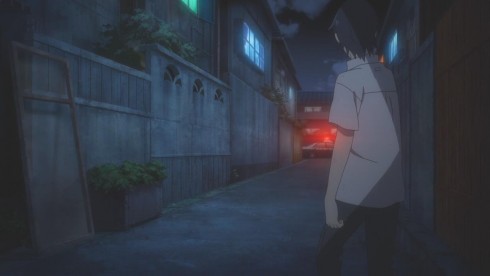 Instead of going with that slightly more predictable situation though, we actually rejoin Satoru in the present, right after his last revival episode. There’s no lost time, no second chances here, the story of the present is continuing just as it was before we seemingly left. That’s the unpredictable part, the part that basically makes it so you have no idea what comes next. The future isn’t some contrived plot device to link us back to the past, its actually got its own story to tell.

The story in the future is one where Satoru has to evade the police, the killer and potentially where he loses everything that he cares for . First it was his mother, then Kayo and now its Airi-chan’s turn. The women in Satoru’s life are probably cursed, but whatever’s happening to them isn’t some coincidence, it seems very intended and calculated. 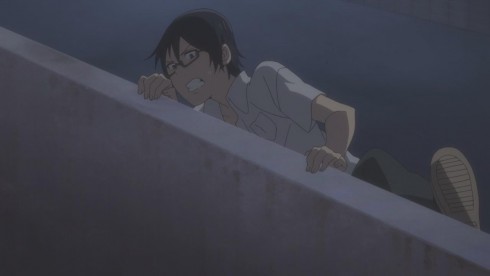 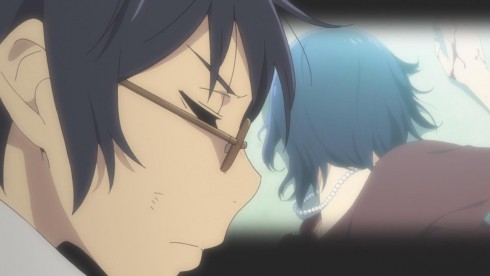 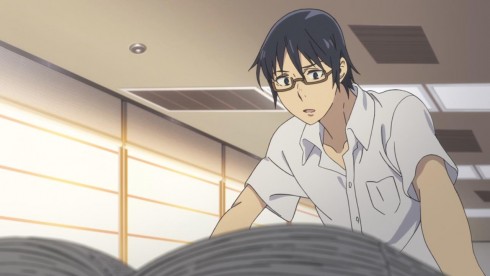 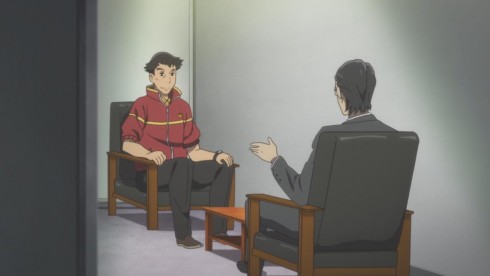 It seems, that while Satoru himself is still trying to make sense of his powers, his effect on the past, there’s actually another party that seems to warping events to their own end. We never see his face, but the person who’s with the Pizza place manager, is definitely the killer. We obviously won’t find out who that killer really is for a while, if not at the end of the story itself but… What we do learn this week is that he’s got some kind of super natural power like Satoru’s.

Its thanks to him that the Pizza place exists where it does, which inadvertently (or not) is the cause for Satoru’s little brush with death in episode one. So it seems like Satoru’s been unwittingly thrown into a game of chess with another time traveler, and the stakes couldn’t be higher. 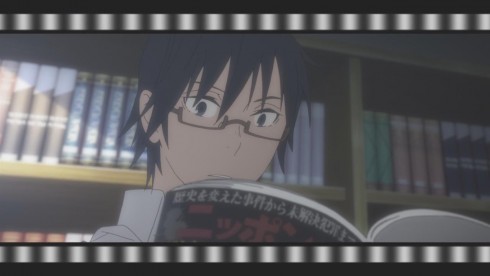 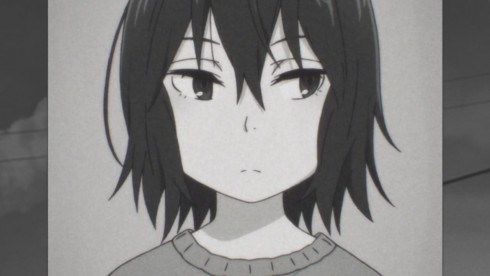 And while Satoru might not have won the game on his first try, he did make a dent. Kayo ends up growing to be 11 years old, and the information in the newspaper referencing her death does change. All that hardwork Satoru put in? It all just amounts to a minuscule change.

As cold as it may be to say, it really does feel like that is how it should be. The past shouldn’t be that easy to change, nor should saving three people’s lives. That’s a pretty major amount of stuff to change and mess with, so Satoru doing his best and barely budging everything an inch, seems appropriate. It does seem like Satoru actually did change Kayo’s cause of death though, because its strongly hinted that her mother was the one who offed her this time, not the killer. Of course, even though Kayo may not have been killed by the killer, there’s still another two children that died, and the future did end up being one where Satoru’s mother gets killed. 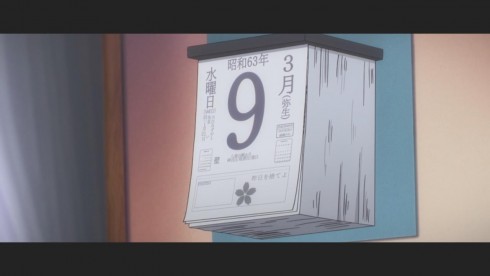 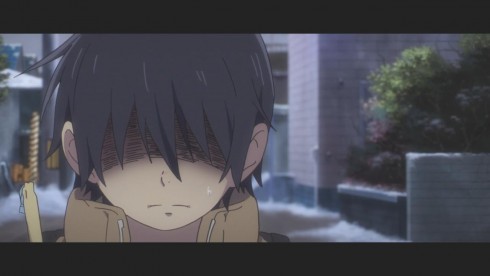 So we can at least surmise that we’ll end up back in the past again at some point in the future. How do Satoru’s powers actually activate? How will he actually end up back in the past, again? That’s a bit unclear as of now. And I criticized the show a bit, for taking the semi-predictable route and going back to the future, but everything it does from that point is anything but predictable.

In that future (or the present?), Airi and Satoru’s budding friendship (and that’s all it is, for now…) is great to see, as is the fact that Satoru at least has one more ally that he can turn to. Airi I think, is squarely emerging to be my favorite character of the show, and we’ve only seen her twice so far. Her story about her father is a tragic one, and frankly one that does baffle me a bit. 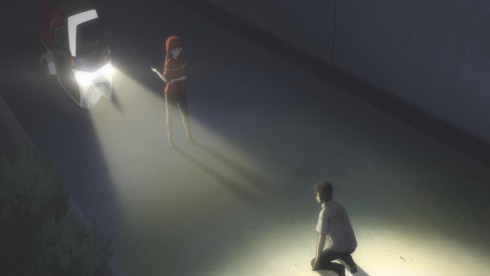 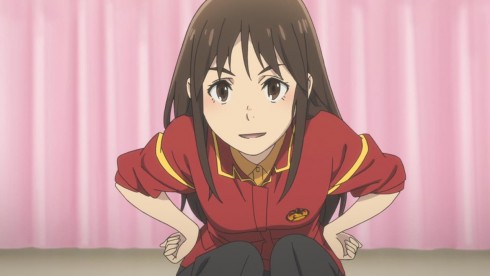 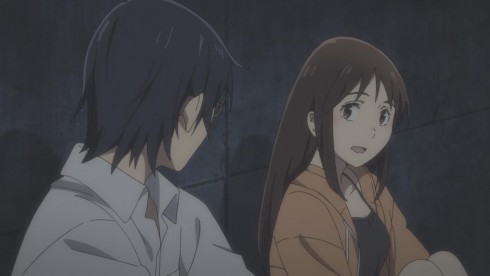 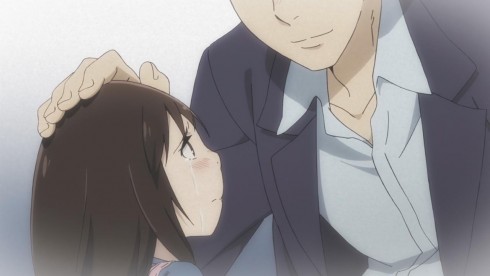 A man losing his entire life over one candy bar? That’s a bit hard to swallow, but I wouldn’t be surprised if there was something more to it. That’s the single most astounding thing that this show has done, and its a show about time travel and preventing murders XD

Unfortunately, it seems like Airi’s help has cost Satoru quite dearly, in that he’s lost her too. Its pretty obvious that the killer is after her, but there’s equally a possibility that the Pizza shop manager has something to do with it. He may seem harmless, but there was something really creepy about how he leered at Airi. Its one thing to have a crush on someone, its another to just creep on someone with a sheepish grin on your face. At least she was able to sock him a good one! In any case, its clear that like Airi, that manager is going to have a pretty big role in this story. 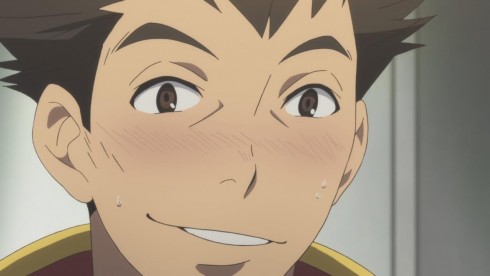 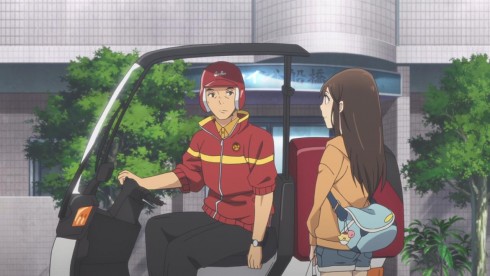 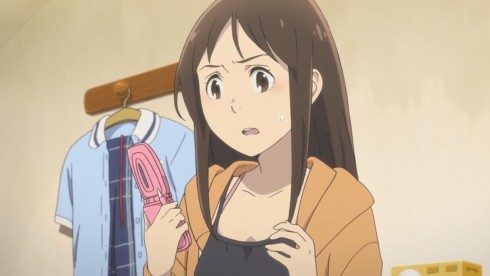 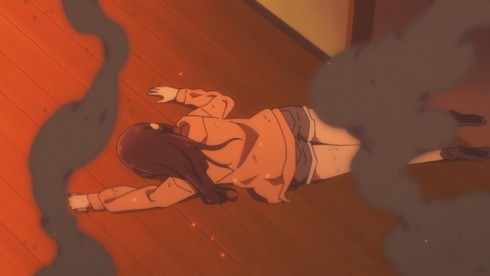 The episode ends with Airi trapped in a burning house, and its pretty obvious how that is going to turn out. Airi isn’t going to survive, and the killer will strike again. The bigger question, and that brings up the series trademark unpredictability, is where the show goes from here. Does Satoru go after the kiler? Does he just revival back into the past again? Anything can happen.

Anything can happen, and yet whatever does happen, I’m sure, won’t be exactly what I expect it to be. It might not be what I want, or what I’d think is best at first, but it’ll turn me around eventually. There are some shows that demand faith from their viewer, faith that it will all lead to something great. Then there’s Boku Dake ga Inai Machi, which continiously plays with your expectations and then just wins you over to its side, every darn time. If that isn’t the biggest gift to the avid anime watcher, then I’m not sure what is.