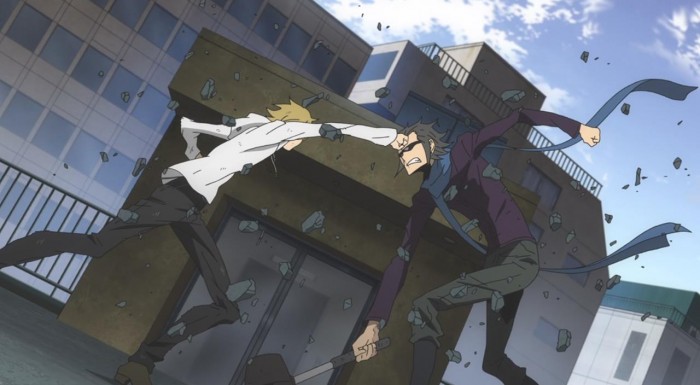 By now its clear that Durarara!!x2 has a destination in mind, and has some kind of plan to get there, but… The journey itself is what’s turning out to be the least satisfying part of the whole endeavor of watching this show. That’s a rather odd place to be in, for any kind of entertainment, where the actual reveals and plot twists are actually fairly interesting, but the whole process of getting there is just forgettable and dull.

A lot of this, I think, has to do with the source material. Durarara!!x2’s story is written like a book, and a book can afford to dawdle around for a bit, to meander off the beaten path, and then just find a longer, crazier way to get to where things need to go. When you’re watching an anime episode, the expectations you have are markedly different. Anime, and most television in general, does not have the benefit or even the stop gap of being able to be weak at certain points. The story “dragging on” in an anime series, just damages the overall appeal and entertainment of the show as a whole. 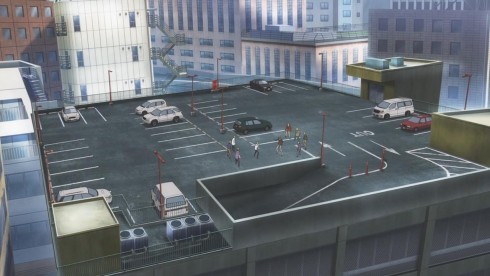 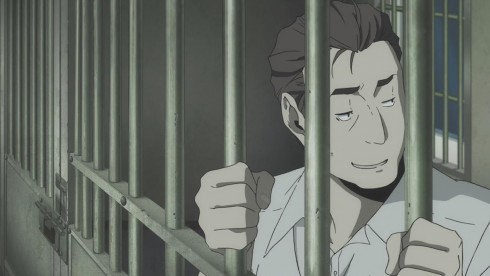 In this case, Durarara!!x2 seems to just be content to continuously move its pieces around, herding them into interesting configurations for what will potentially lead to an exciting moment. The problem is, its taking too long, and that actual moving and setup itself isn’t all that interesting to watch unfold. At times, the setup will just feel like its just happening because some later part of the story will need it, while at other times, worse times, the setup will feel entirely unnecessary.

This episode was just littered with examples of the second kind of setup, where things just felt unnecessary. The whole battle between Kida and Chikage? Well uhh… It happened, and it seems like Kida kinda won. I must admit, we’ve never seen Kida actually fight anyone, so to see him able to handle Chikage, without getting hit no less, was pretty sweet to see. But beyond seeing Kida actually kick some ass for once, there wasn’t much of a point to that whole altercation. Even the narration of the episode itself labels the whole situation as a trifling matter, which just feels insulting to say the least. 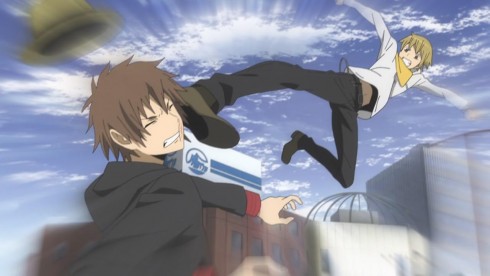 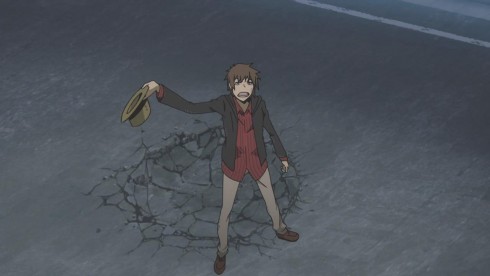 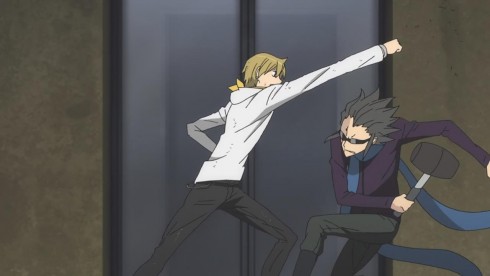 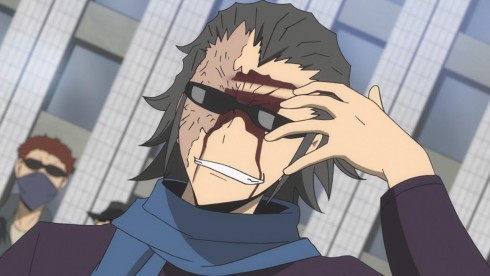 By the end of the little duel, Chikage just ends up on the ground, unhurt, while Kida now ends up having to deal with Izaya’s lacky Izumii. There’s some history there, but again, I’m not sure what the point of this little tussle is going to be either. Its unclear whether Izumi is here because of Izaya’s orders, or if he’s just here for his own revenge. More over, I just didn’t feel any sense of excitement or a thrill in seeing these two tussle. So Izumi is back and attacking Kida? Chikage’s probably going to save his ass but… What is the point of all of this?

And while I’m sure Durarara!!x2 has some answers planned, I’m not sure I really care. Its kind of similar to how I didn’t really care for Anri’s little conversation with the other two saika ladies. This whole crisis of humanity induced by Izaya, it didn’t really lead to anything did it? In the end, Kujiragi ended up saving Anri and helped her get out of whatever issues she has, and by the end of it, Anri knows of Kujirabe and has a way to contact her. That’s going to play into something interesting I’m sure, but that’s later. 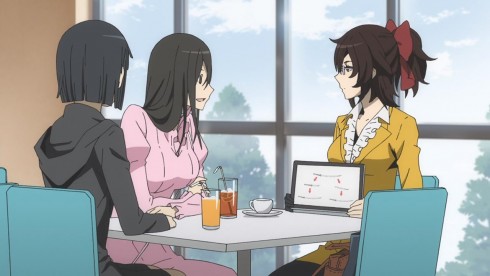 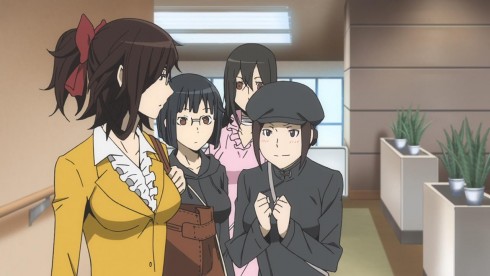 Why couldn’t this whole thing have been something a bit more interesting than a long, winded and annoying conversation that didn’t even seem remotely endearing. A big part of it was I think, that there wasn’t really a sense of any kind of danger, or even any sense of progress to the whole thing. The conversation just existed for the heck of it, or at least that’s how it felt like.

To make matters even more mundane, by the end of THAT conversation, all three Saika ladies just went their own separate ways. Anri was able to hear about Kadota and the fact that he had awoken, Kujiragi went to meet a certain couple (more on that later) and  Haruna went and got captured by… Wait for it… Takashi!?!? Really, the guy who took down Kadota and is pulling the strings is friggin Takashi? Takashi? The sicko teacher that was making advances on Anri and who’s also the obsession of Haruna herself? And like Haruna, Takashi is another child of Saika who’s overcome the parent’s control and is running amock causing chaos? 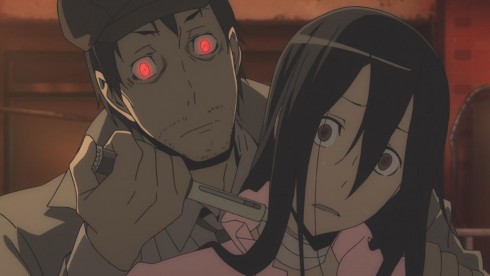 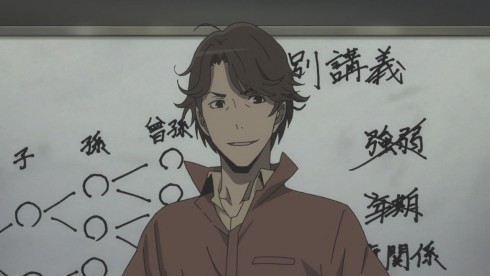 To call this thing a chaotic mess is putting it lightly. There are too many Saikas running around, and too many different people being controlled by some variation of Saika. Its not interesting or exciting, just kinda confusing at first and needless difficult to keep track of.

And while Takashi and Haruna seem to be having their own altercation, Kujirabe ends up visiting Celty and Shinra, and that’s how the episode ends. That’s the one part of the episode that was both surprising and exciting, but I wouldn’t be surprised if that’s all it was. I’m not sure what Kujirabe is planning on doing there, but I guess the show can at least grab your attention with these kinds of unpredictable moves. That last cliffhanger twist, is the only reason I found some measure of interest in this episode, and why its not graded lower (Not that my grading means anything, but well…) 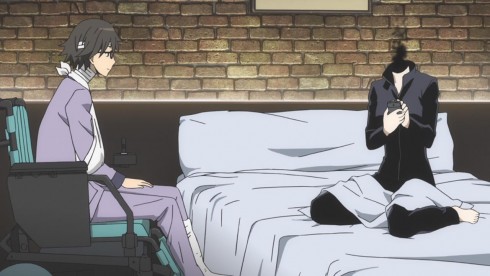 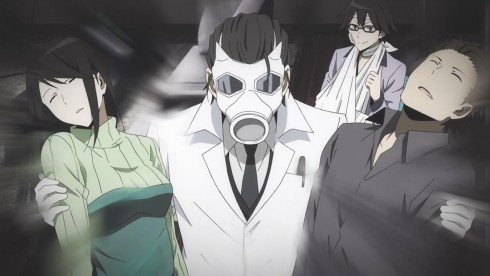 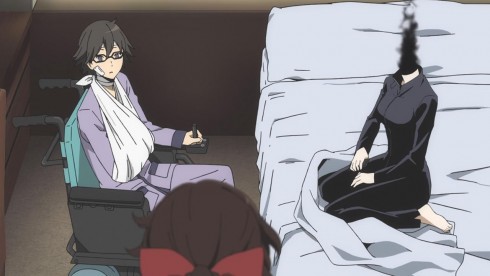 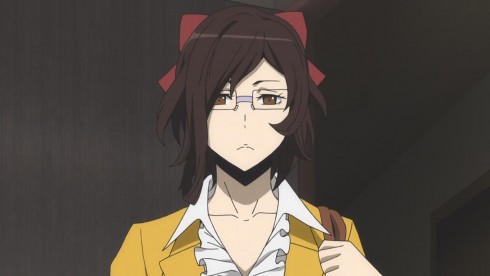 The other funny thing was both Shinra and his dad sedating Seiji and his crazy sister, but beyond that I’m still kind of letdown by how little the whole Cetly’s head is out in the open situation is actually giving us. Everyone seems to be pretty darn calm, and the stakes don’t seem like they’re as high as they should be.

The final thing I’ll mention is Shizou and Varona. If you recall my posts from Durarara!!x2 Ten, the Varona/Shizou pairing was one of the more interesting things to come out of that cour. It seems that Izaya has apparently manipulated Varona somehow into getting Celty’s head back, thus pitting her against Shizou. Again, this scene was kind of okay, but I just wish something would actually happen rather than characters briefly running into each other, and then going their own ways because the story wants the fallout from that meeting to happen later. 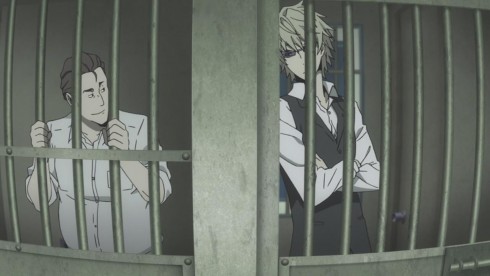 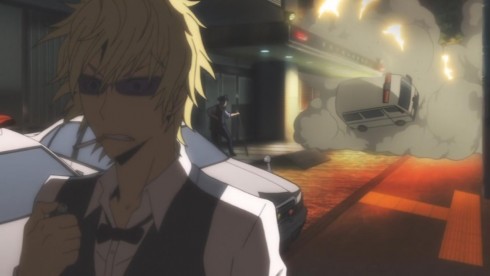 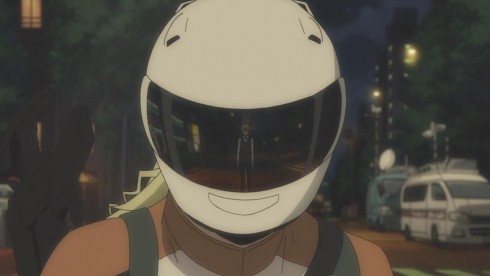 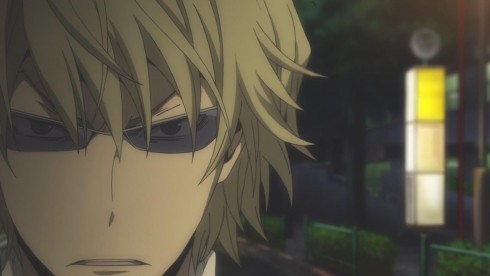 Seems like all this whole affair has done, is give Shizou another reason to just want to hunt down Izaya. Nothing really new there, so again, I do wonder about the point of all this setup really is. Shizou doesn’t need a reason to want to have to take down Izaya, its one of his core personality traits. Hating and bashing Izaya is like breathing for Shizou.

I feel like I’m just repeating myself, so I’ll just stop that. The last point I’d like to make, I guess, is that this episode suffered from the same problems that most bad Durarara!!x2 episodes suffer from. Namely, that there was just too much going on in one episode, and that none of it felt like it actually did anything impactful in the grand scheme of things. I suppose we’re only 4 episodes into the last cour, but I guess I expected Durarara!!x2 to pick up some steam and just starting dishing out the excitement on a weekly basis by now. I guess it’ll be this uneven mess until the end though. 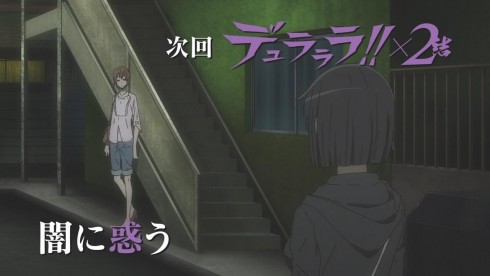 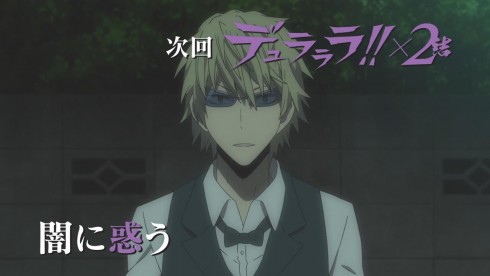 Lost in the Dark? That doesn’t sound like a very reassuring title there Durarara!!x2…