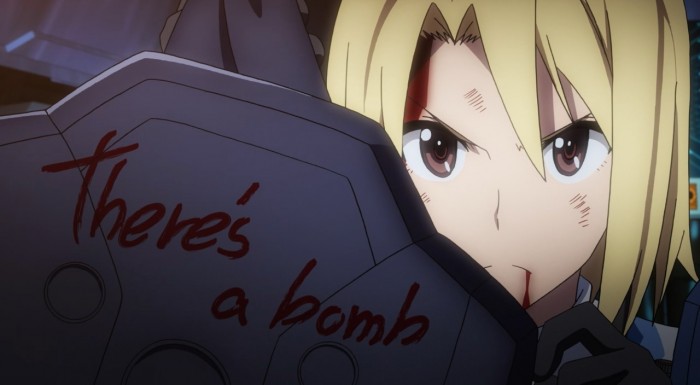 Qwenthur you magnificent piece of work! This might be one of his more impressive victories. He really did just pull victory from the jaws of defeat this time around and had to pay the price to make it happen. Aside from the comical aspect that Milinda will probably murder him when he gets back…he did take his hits in order to pull this off. The man actually managed to bluff his way to a win. He not only made an Elite bail out of her own Object, he captured Rush, and even managed to make Miss “Ohoho” doubt her own military.

Instead of believing what they were telling her, she actually thinks they were willing to kill her in order to avoid giving up the AI Juliet. The little things said just made her think that Qwenthur was right and all she was hearing was just political speak. It’s kind of amazing and I somewhat feel sorry for the girl. She’s putting all her faith into a guy that utterly deceived her and doubting those that are on her side. Left all the more attracted and interested in Qwenthur and not at all realizing the truth. You could just see her thinking “they were willing to kill me and they had a backup of Juliet!?” It’s both sad and brilliant at the same time. 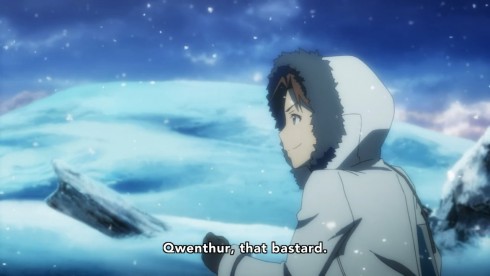 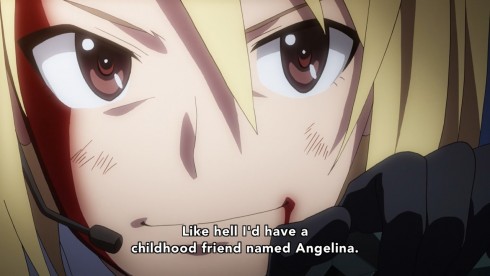 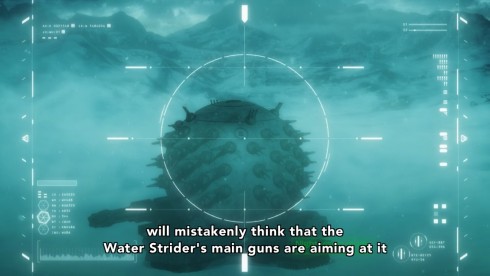 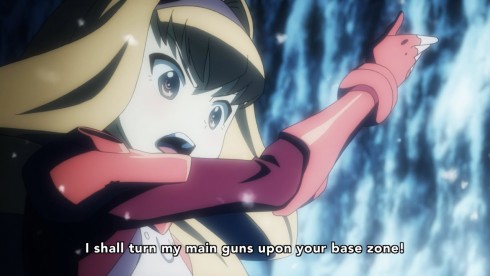 The great thing for Qwenthur is that he didn’t even need to go with the bluff, though it was a good tactic. He had a bomb inside her cockpit. If he pulled the same suicide bomber bluff that he did against Honeysuckle he might have still won. But, this was more effective. She might have been willing to die for her country or call his bluff. But with the move he made Qwenthur made her doubt that faction itself and become far less willing to be sacrificed. Qwenthur has seen all the nonsense they installed in Baby Magnum to protect secrets and could make a compelling argument that the Intelligence Union had secretly added this kind of equipment to prevent betrayal. It was completely plausible and he managed to sell it perfectly.

Of course it wasn’t just Qwenthur’s quick thinking that saved them here. Havia came through in a big way. I honestly had forgotten the whole code word business. Sometimes I think it works easier in novel form since you don’t have a week between chapters to forget little details. Regardless, Havia moved his rear and got everything ready. They didn’t actually need to use Water Strider’s weaponry, no power for that, but they just needed to scare Juliet into freezing up. It worked perfectly which was lucky since Qwenthur was going to get utterly wrecked otherwise. 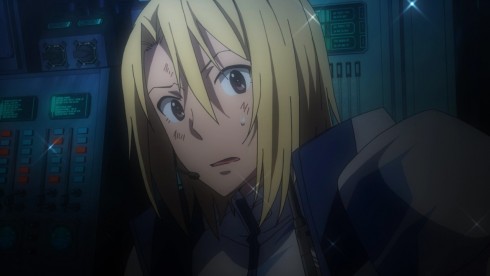 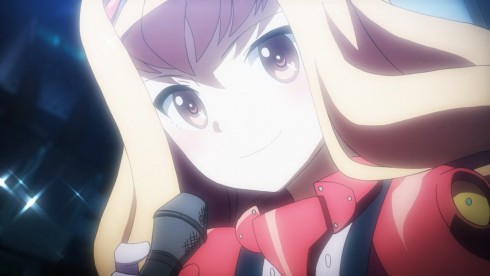 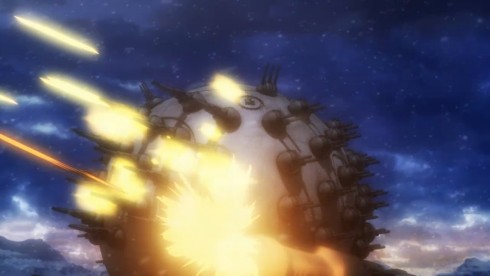 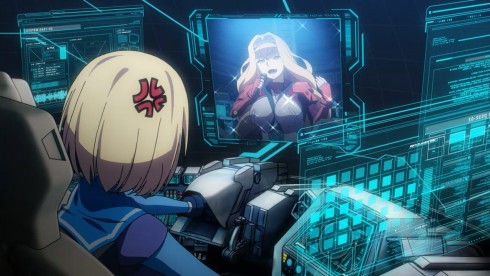 What was a somewhat hilarious cat fight last week, got really ugly this time. I might have complained about the song they used for this fight, but it worked well to make out how utterly disturbing it all was. This episode was a reminder of how brutal Objects are and what is done to Elites so they can pilot them safely. Someone who hasn’t gone through that like Qwenthur…was getting brutally demolished just by being in there. You could make out the screams of agony throughout the fighting and during the singing segment it got pretty disturbing, at least to me. Was kind of hoping the episode would tone it down after a while. I think this is the most agony we’ve seen Qwenthur in and that’s saying a lot since he’s gotten beaten pretty badly through this series.

Normally Milinda’s jealousy is this adorable thing, but it wasn’t that this week while you can see Qwenthur really getting hurt here. I can understand being upset, but she should understand the harm that can be done to someone that isn’t configured for this thing like she is. Instead it was pretty well the norm. She was pissed beyond belief that he was in that cockpit with the enemy. There was a serious level of pissed off at work there. I was a bit worried he might have been trying to pass off a message to Milinda before realizing he was speaking to Havia. That made me all the more concerned since she wasn’t in a mindset to decipher what he was trying to say XD. Both girls were getting pissed about these women that Qwenthur was talking about… 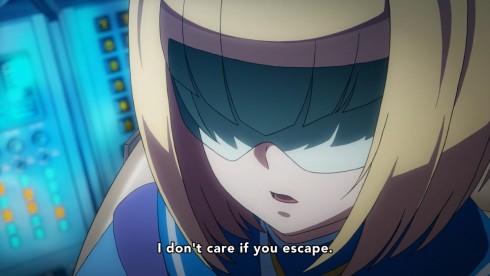 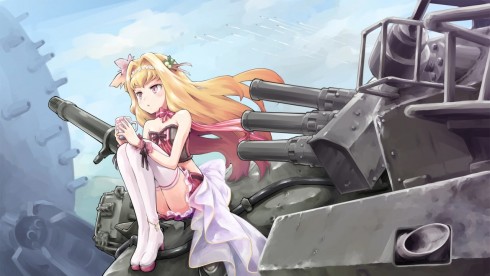 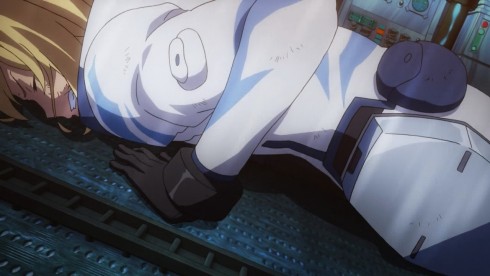 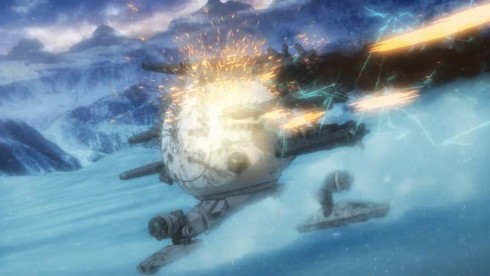 In the end Qwenthur made it out of this alive and probably has his greatest victory period. They captured a super advanced AI, they captured Rush almost completely intact, and did so while only sustaining some damage (but not critical damage) to Baby Magnum. Outside of some potential internal injuries for Qwenthur they win without paying much of a price at all. This is as complete a victory as Qwenthur has ever gotten. He even has this Elite in his back pocket. Despite all the talk about being enemies next time, she still thinks he would be the best person to have at her side. Being unable to fully trust those around her any longer XD.

I’ll give the show credit for another strong episode. I really enjoyed how utterly disturbing they made the situation for Qwenthur be. He had to pull a lot of tricks on both the AI and the Elite to win, but he did it. His quick thinking managed to save his rear and he did all of this while getting brutally knocked around. Sadly he’s still dense as hell and unaware that either of these girls has feelings for him, but oh well. Such is how it goes I suppose. Good episode.