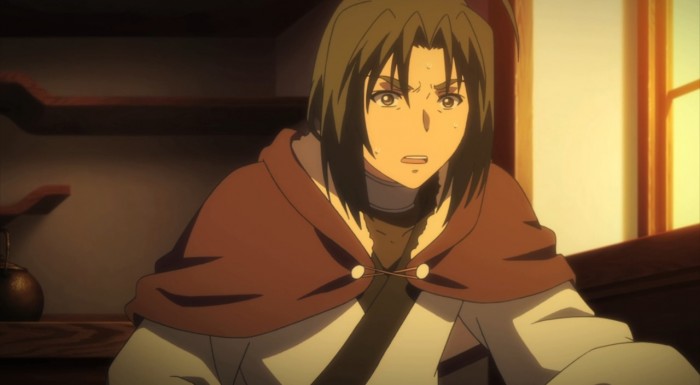 This is probably the ideal post-war episode that the show needed to have. Just an episode focused primarily on Haku and dealing with all the insanity that came from it. And really he had a lot of reasons to be this rattled and down after such an incident. In a sense you could say it’s more unusual that more people weren’t feeling as utterly down after that previous episode. Maybe being more worried about him kept everyone from thinking about their own feelings about it. Regardless, I could understand him being just utterly shut down after that incident. And it probably should have taken this whole episode to just get him going again. He’s not over what happened and he certainly doesn’t care in the least for war. He hasn’t just tossed aside all his concerns, but he’s going to keep moving despite them.

When the episode opened up with that procession and Haku wasn’t there, my first reaction was “well of course he isn’t.” He just watched one of their main generals massacre a city with civilians in it. Why the heck would Haku want to be around a procession that basically celebrates the conflict? “Yay we won! We totally would have been murdered by our own military if we’d been living in those cities, but yay!” Just no one has a clue here about the horrors committed against their own people. Any dead they can just push out of mind or put on the hands of the “barbarian invaders.” 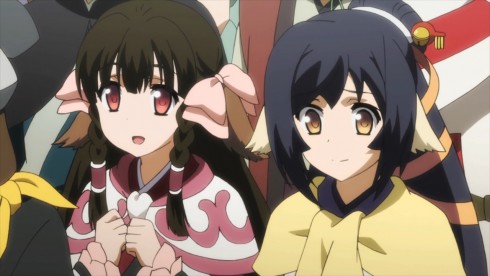 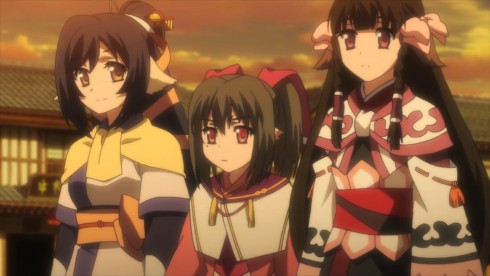 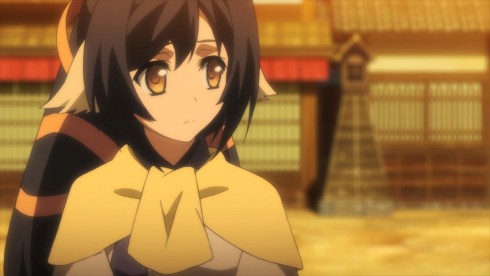 That Haku would be in bed, dealing with nightmares and unsettling images makes perfect sense. He’s having as normal a reaction as anyone in the series. And it was nice for a change to see everyone actually being worried about Haku. They can tell how utterly down he is right now and really they didn’t have a clue how to really deal with it. Talking to him a bit, getting out in the town, reminiscing about the past, just none of it worked.

I will say it was a nice little effort though with the gifts and letters. Despite Nekone ripping into him later about carrying the world on his shoulders (he is the MC though) she’s just showing how she cares in a rough manner. Everyone just trying to show that they are concerned and wanting someone they care about to cheer back up again. Nothing crazy about that. Of course perceptive enough move by Kuon to grab that bead that did catch Haku’s attention in some strange way. Maybe connected to his past or at least a way to trigger something for him. 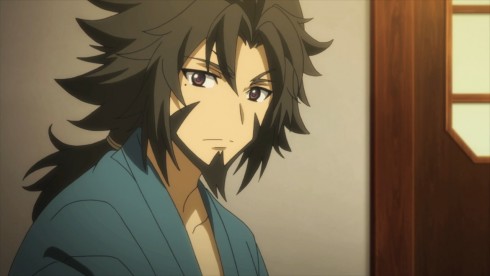 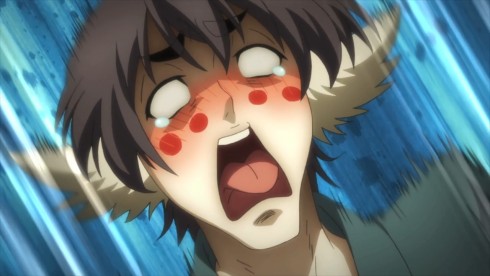 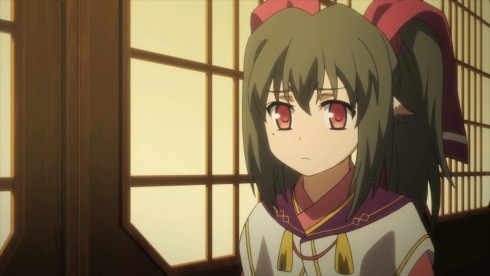 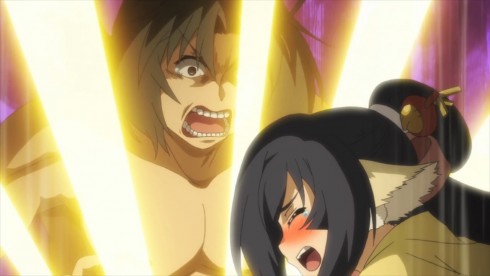 In the end it was left up to Ukon to clear the air and get Haku back on his feet. Although I’m not entirely sure that I’d buy how he did it. After all the idea that you need to protect yourself on the battlefield sounds fine…but that’s not what happened. Haku didn’t actually fight anyone and in the end he was saved by some powerful assistants. He was as utterly helpless and uninvolved in the fighting as he was saying. It’s not like he was able to do that much other than support Rurutie in her personal little rescue mission of civilians.

But true enough that in the end you have to keep going. Not sure it’s a good idea to encourage becoming an alcoholic to deal with life’s problems, but oh well. After all it does sound like Ukon has basically decided to not think too much about the consequences and what is right and wrong. Which is kind of a dangerous road. I can’t see Haku following that path anyways.

Haku’s concerns were legitimate. While I personally don’t prefer it, he does prefer the more peaceful nonsense we had for 90% of the show to this point. He doesn’t want everyone to change into something unrecognizable. While they have personality issues, they are in the end the only people he really has in his life and the only place that he belongs. It was good to just have even a temporary rift with Haku and Ukon based on their different points of view. 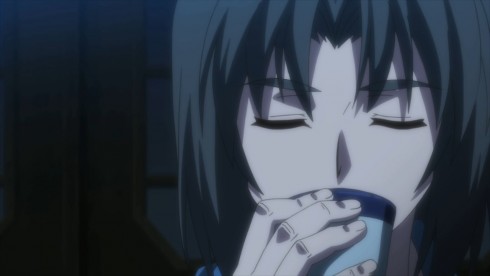 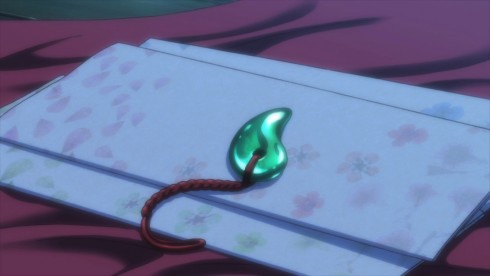 I can’t really complain about much in this one. Even went the other way with the fanservice for people. My condolences to Kuon for that whole situation there. Though I suppose Kiuru has a tougher position with all the weird stuff that went on during that party. More questions though about where the story will go from here. Don’t think I could stand a full transition back to light-hearted stuff for the rest of the series. Hopefully, we can keep it interesting the rest of the way and the preview does seem to hint at it. Particularly interested in how Haku will interact with the Emperor after the war-experiences he went through and things he witnessed. Should be pretty interesting.