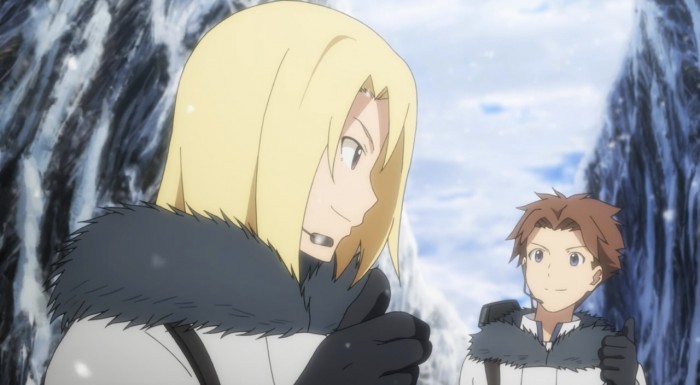 Well, admittedly that’s a twist I didn’t exactly see coming. I can’t recall if there was anything that gave it away before, but if there was I can’t remember it. Was a great “WTF” moment for the viewers and Qwenthur when he dropped into Rush only to find….well find Miss “Ohohoho” and her true form. Kind of weird to talk about true forms in this kind of show, but there you have it. Instead of finding basically the enemy version of Frolaytia in the cockpit he finds their version of Milinda XD. It was all…fake!? Does the Intelligence Union actually waste its time creating a system that falsifies video feeds from the cockpit? Really? Have they taken all that time and effort to create this false image for publicity? To say “here, we’ve got this bombshell of a pilot!” Maybe. Regardless I can hardly blame Qwenthur for looking baffled at all this. It’s just so darn strange. 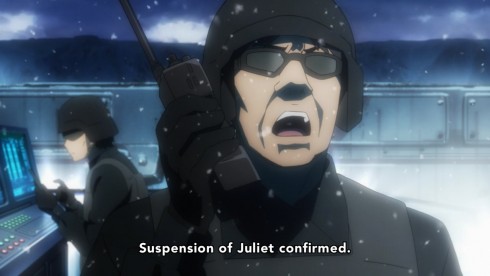 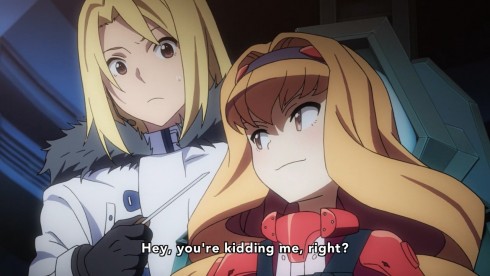 Of course this is hardly time for fun and games. Qwenthur has made a bold move to be sure, but he’s also in a pretty dangerous situation. Surrounded by enemies and I’m not sure what kind of escape plan he’s got in mind. Although in reality if Qwenthur was a more ruthless person this would be game over. Forget holding a knife to the pilot, he’d just straight up kill her. I’d say who he is supposed to be killing, but again the strangeness of the naming scheme with Heavy Object shows up. No one seems to call her by name just by her laugh, thus the “Ohoho” bit. Anyways, if Qwenthur just wanted to win then killing her would be the simplest method. They can’t use that Object without an Elite trained for it. Even if they can finish the repairs it wouldn’t matter in the least.

But, Qwenthur isn’t the type that can simply kill a woman so his options are less obvious. Other than having her tell the technicians to stop working or having her just stay put until Milinda is done with her repairs, I’m not sure what his move is here. In a sense he’s kind of given them the perfect hostage against Milinda. There’s no way she can fire on Rush while Qwenthur is in there. It’s the perfect defense in a sense. Hopefully Qwenthur knows what he’s doing and won’t end up causing more trouble than he helps prevent. 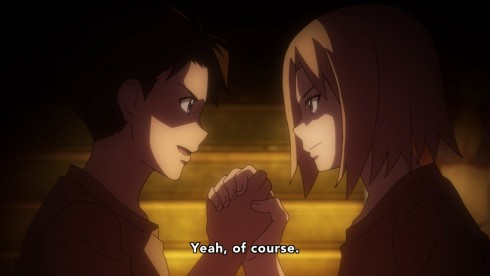 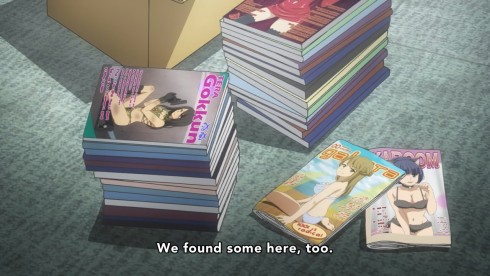 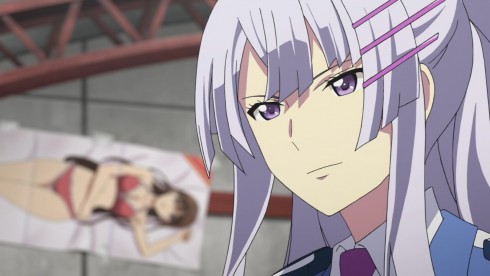 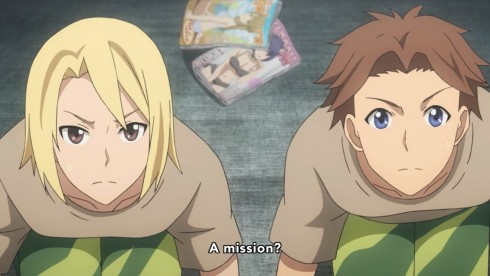 The life for Qwenthur and Havia is never easy. Once again those two have basically been forced into a dangerous mission. Though at least this time they are being ordered so they probably will get rewarded this time? Credit to the precision strike that was the raid on their porn collection. I’d say this was going too far, but hey Frolaytia is their commanding officer so within reason she can set the rules. Plus this would hardly be the first strange regulation made up by their faction. Plus just seems fitting that their relatively open perversions get them into trouble once more. Plus outright lining up their interests as being “large breasts”, “black tights”, “pantyhose”, “heels”, “blondes”, “cosplay” and “blonde bondage.” Well none of that sounds particularly strange and oddly does seem to basically cover a lot of connections with Frolaytia and Milinda. Although to be fair Havia’s fiancée is also a blonde.

Not surprising they broke pretty quickly once Frolaytia put on the pressure. If nothing else she does know how to mess with these guys. 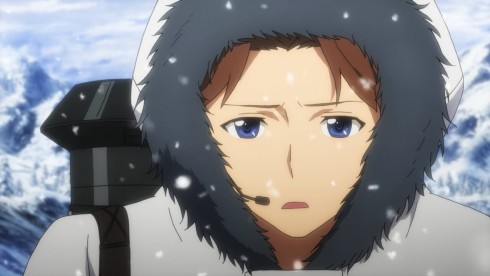 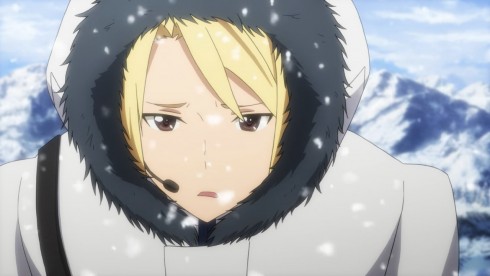 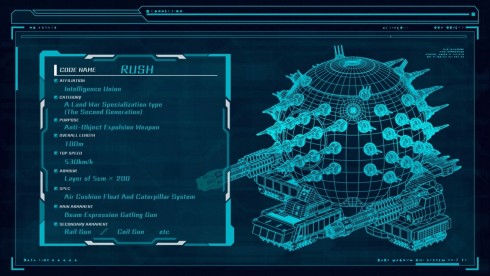 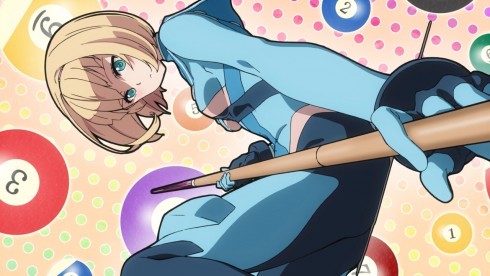 And so the group is back in Alaska. Risking their lives once again in this frozen wasteland. It does make sense though that the conflict is basically about the remains of the Water Strider from the first arc. Unlike some of their demolition jobs, this one did leave a lot of wreckage to make use of. Data from a well-made second generation could be useful to a lot of countries. They made clear that the Intelligence Union will go to any lengths for additional data that they might not even need at present, so their presence seems fitting.

It kind of felt like a refreshing throwback to previous arcs. Does remind you of the previous Alaska trip where Qwenthur was so heavily focused on taking action to prevent Milinda from being killed. He knew that if they didn’t take action then she wasn’t going to make it. While the order was frankly nuts to throw at them, in the end I think Frolaytia knows that Qwenthur would act regardless. So might as well just give them the order and let them do their thing. 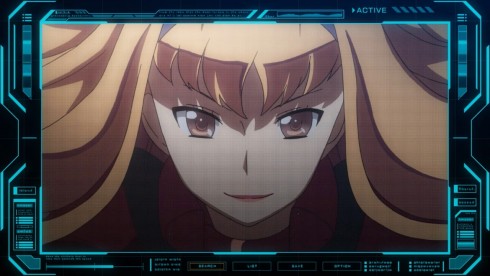 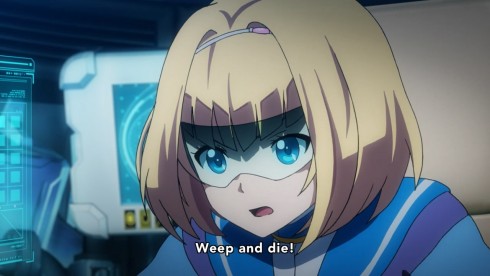 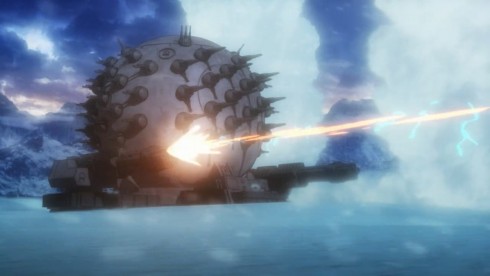 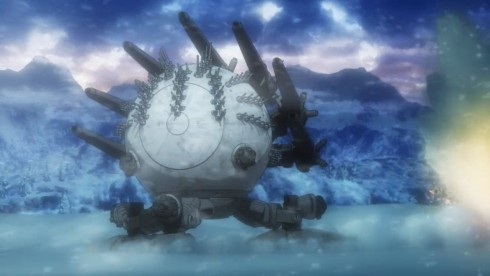 I did really enjoy the Object vs Object battle. We haven’t had a lot of those where it was just the Objects going at it and the main cast basically just being spectators who weren’t involved or helping. This was just Milinda vs Ohoho and it was a close one. Baby Magnum did have some advantage on this kind of terrain, but it was also a previous generation Object. Being an all-rounder helped here, but might have been cancelled out a bit by the power of the Rush. It was a great fight, even though it somewhat devolved into being a very expensive cat fight. Ohoho knows exactly how to piss off Milinda and it worked. Could say that Baby Magnum had a better chance to win if she wasn’t so distracted by her opponent basically saying she’d take Qwenthur from her. Still, it turns into something quite sad when you realize her true form is this kid that looks younger than Milinda is.

This turned out to be a pretty good episode. We’re taking on a threat that we’ve met before and now things have gotten tricky. How will Qwenthur deal with this girl and will he manage to do so without getting Milinda even angrier than she was during that fight? Good luck to that man XD.