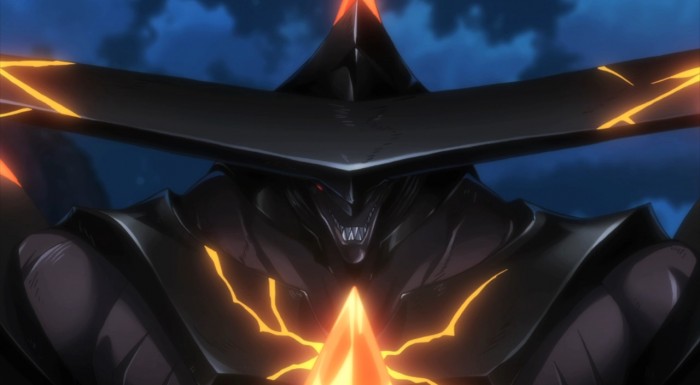 This is definitely more of what I wanted to see from the start with this show. An actual major conflict and the main cast getting shown just how bad things can get. Of course it wasn’t entirely perfect, but it was definitely a good episode. Would just say first that I’d have liked a bit less censorship or holding back. Guys getting hit with arrows…and that’s it. I mean an arrow goes straight through a guy’s skull and what do we get? Nothing. Now I don’t know about anime characters, but people have things inside their skulls XD. I’m not asking for gore here, but let’s at least make it feel like a battle is really going on. Maybe it was the fact that at parts the soldiers just looked like emotionless CG puppets, but I do think they could have done a bit better in selling the action.

Even the duel with Oshutoru and the enemy general was kind of held back on that front. Maybe there was no choice with how over the top Oshutoru’s method of killing was, but it was rather censored there. Still, at least the war itself did have some emotional value. The fight itself had some intensity to it with how much of a suicide it really was. The man knew there was no hope for victory. He would be killed by the army if he somehow pulled off a miracle and won the duel. He made his choice to sacrifice his life to save his lord and he succeeded. Just unfortunately for him and his daughter he wasn’t alone when this happened. That death was seen clear as day by Entua. I expect to see that girl show up sooner or later to take her shot at revenge and possibly be recruited. At the end of the day throwing her life away to try and avenge her father is meaningless. She won’t win and will just waste her life. 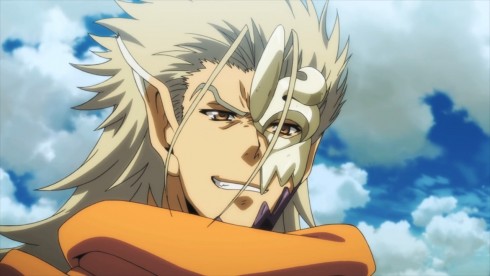 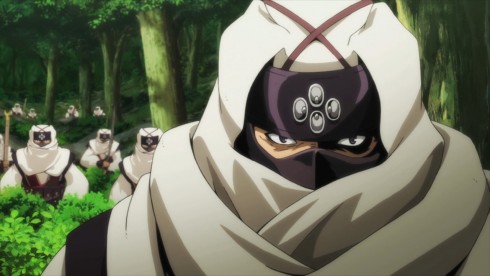 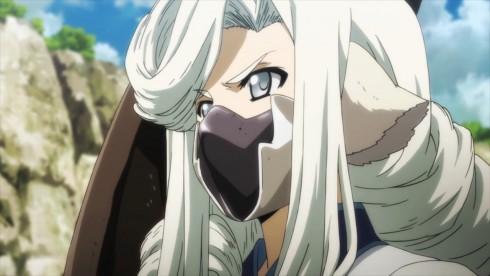 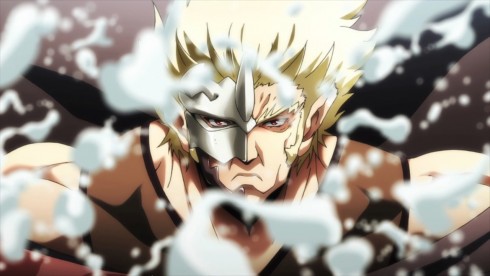 On the positive we can say there were actual soldiers around in this episode XD. Though the main cast was relegated more to spectators. This just showed the insane power that Yamato has. Their 8 pillars and the top generals are basically monsters, if not literally. Their powers are beyond what normal people can deal with. This war was a disaster from the moment the attack was launched. There was no hope in defeating Yamato. Not with people at the top who have such powerful abilities. It’s like trying to storm a military base with pitch forks, you just get killed.

There was a variety of powers and abilities being shown off here. Munechika’s abilities were pretty cool. Creating that barrier that she could then crush the enemy with and then wrecking the ground with that equipment she was carrying. It was just a simple bit of cleanup for her forces after. Raikou’s scary ability to read the battlefield so intensely and move his army like pieces on a board. It was just such a simple and efficient style. He finds them, the information is passed to the army through magical means and then just death. There’s no fighting this country unless you can match up against these generals. 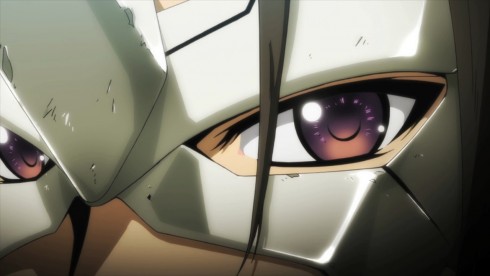 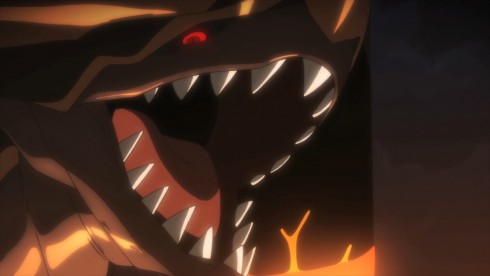 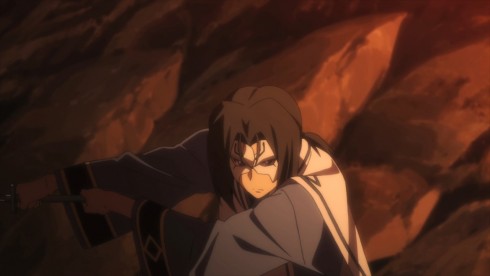 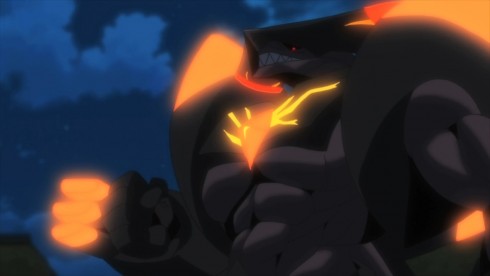 Of course that made the part near the end all the more intense as we saw the real power of this group. The ability to use those masks to transform. As someone who watched the original show there are a million questions I have. Such as how they could do that, where they got these masks, and what the heck is the Emperor of Yamato? The end result is putting insane power in the hands of someone like Vurai. Someone who doesn’t see those captured as citizens he is supposed to be protecting. He doesn’t just shoot the hostage, he burns down everything. It was just a disaster of epic proportions. They won the day, but the cost was high. How many were murdered by their own generals? How many will be left utterly traumatized and seriously lacking trust? Not that I think civilians would rebel, not against powers like that. But, if something happens the fact that they kept basically saying “this is the Emperor’s will” could lead to trouble.

This was also just utterly a tragic event for Haku himself. He managed (through design) to stay out of a lot of conflicts. The one he really gets into first hand is basically Vurai massacring this city to kill the enemy. The horror of all those lives lost and the internal belief that this wasn’t necessary. Seeing innocents that were just caught in the middle of all this getting killed will really haunt him. It’s no wonder that he basically ran out into the middle of it all. At his core Haku isn’t someone who can sit there while innocent people are about to be murdered right in front of him. Although he was lucky that he had help at a crucial moment. If Sarana and Ururu hadn’t been there it would have been the end. Also shows their insane skills as well that they could block that attack from Vurai. Though also good that at least Vurai has enough sense not to keep attacking past that point. It’s no wonder Haku was so shaken and sickened by the end of the episode though. 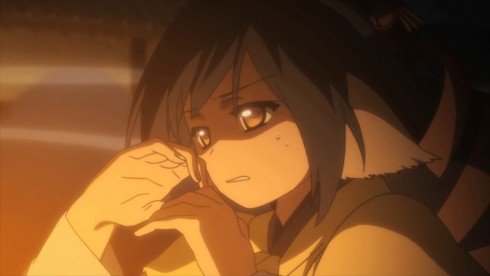 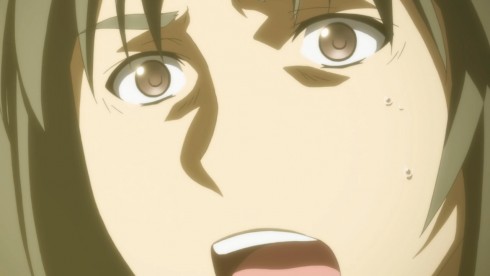 I can’t help feeling good about the episode in terms of how intense things got at the end, but also apprehensive with that preview. I mean of course the war is over and aftermath is bound to happen. I just hope it won’t be too much aftermath. What is important though is some time for Haku, Kuon, and the rest to just absorb this. This little group just continues to grow, but I’m still not sure what will happen next. There may be some kind of social repercussion for how this war turned out and how brutal it got, but maybe not. Maybe if it happened in our world then sure people would record Vurai’s actions and social chaos would result, but how many that survived could even pass along that information?

Here’s hoping that the next episode keeps the story moving along and we get hints of what is to come. At least for me this was overall a really good episode.