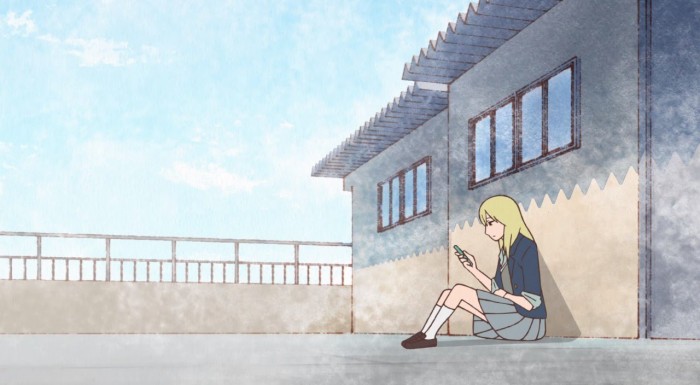 Here we have the second episode of a series described to be dedicated to the theme of “goodbyes and journeys”. This episode goes by the name of “Transistor Smartphone”, and it certainly fits the bill, although in a quite different way than the first episode. This time around the story focuses on two young high school girls named Koizumi and Kumeno, and around their … attempts and results of their interactions (or the lack thereof) at school. The episode itself opens with a young girl sitting by herself on the rooftop of her school in a uniform wearing earbuds and repeatedly checking her messages on her phone, and the narrator says that this will be  “A story of the memories I have with [Koizumi-san].” 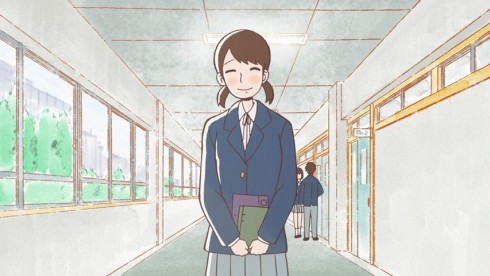 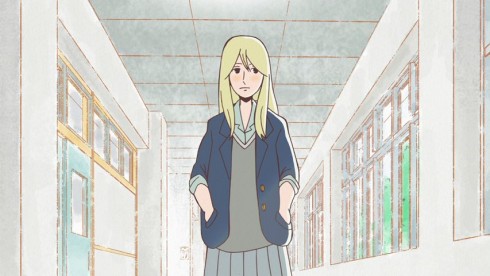 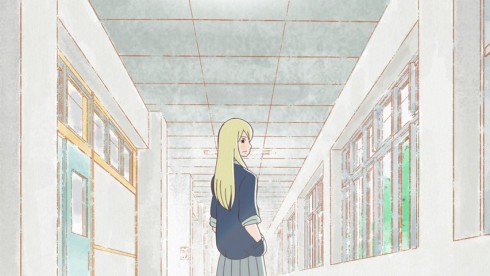 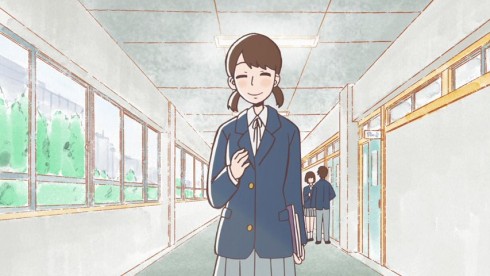 When the story actually begins we find out that the girl looking at the phone herself is named Koizumi, and that the narrator is a neatly dressed, polite young girl who is shown introducing herself to Koizumi and calling herself Kumeno. The narration identifies Koizumi as a loner who was very sparse with words, avoiding people and skipping classes to be alone, spending most of her time on her phone. Finally Kumeno corners Koizumi in a classroom after school and tries to approach and befriend her in a rather pushy manner. Koizumi responds with a combination of rudeness and insight into what she calls Kumeno’s hypocrisy. This goes on for a while, and Kumeno explodes in anger, obviously hurt, while Koizumi is shocked that what she said … well … hurt. 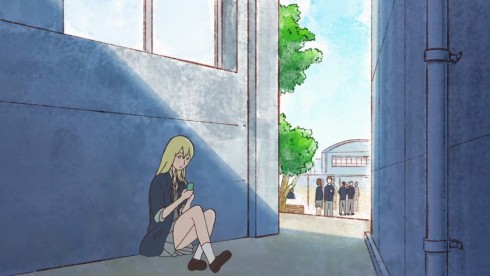 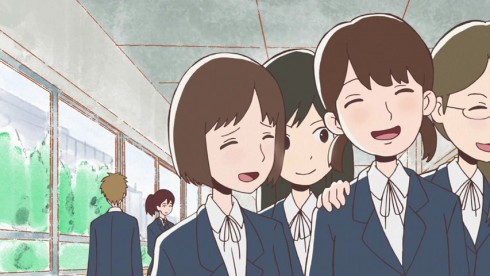 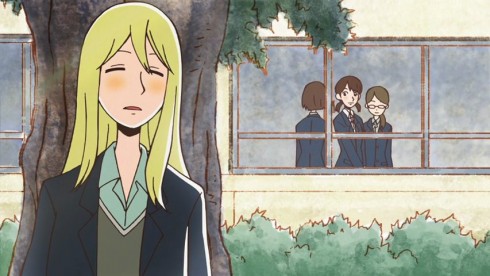 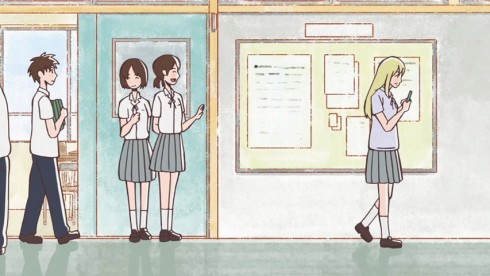 What we have here is essentially two young ladies who are of a very similar interior makeup in how they regard the world and people around them, and who also know inside that the other person is very similar to themselves, but who respond to these things in completely different ways. And what is interesting is that neither way is presented as either the “correct” or “ideal” one. Both approaches have their good aspects to them as well as their bad. Both involve levels of hypocrisy and honesty, or even qualities that are not bad in and of themselves. And when both of them begin to interact … a huge assemblage of a mess bubbles out to the surface and … both are hurt. And perhaps the main reason why they are hurt is that each is convinced that the way they have come to cope with things is what the other “actually wants”. 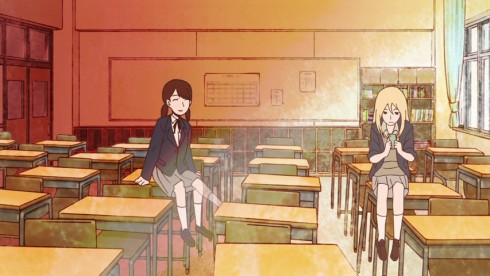 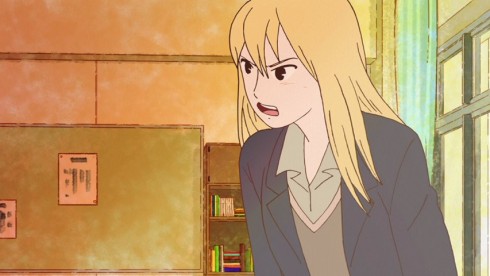 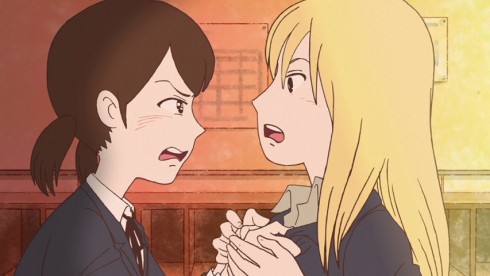 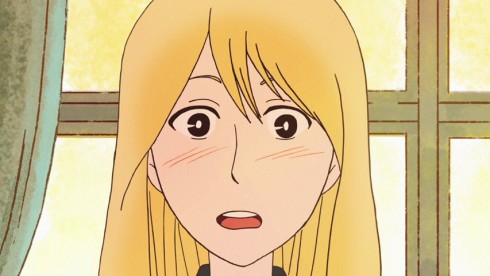 The clash between the two of them creates an break between them and any attempts at future communication are ended, but curiously the wounds from the clash remain all the way until graduation, Kumeno says “…what she said to me that day was like a thorn I couldn’t pull out.”. The episode ends with both of the girls musing to themselves and wondering what happened, what should have happened, what they would like to have happened, and the rest, but after many years. They have graduated high school and college as well, and Kumeno has a job, after which she describes how “…the little fortress of smiles I’d built crumbled and fell within a year.” As she muses over what happened with Koizumi many years ago and is musing over these things we are once again shown the young high school student Koizumi who is herself wondering about what happened, and is shown trying to get in touch with Kumeno again. 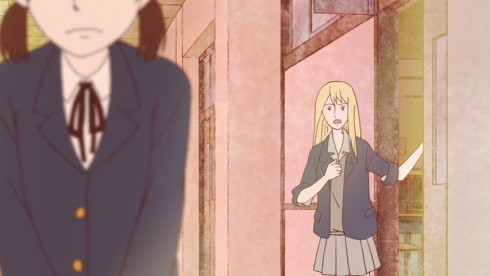 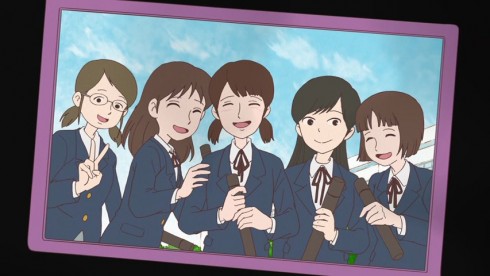 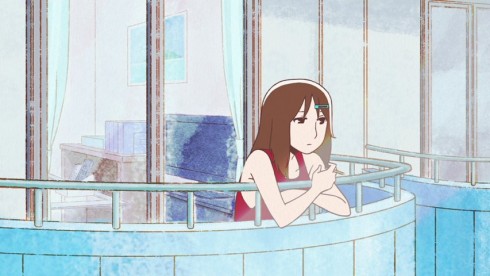 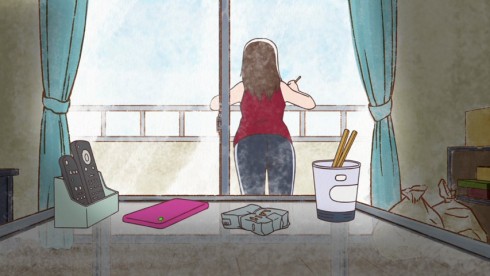 The episode ends with some thought provoking words: “Maybe you only ever realize who you should have been friends with after it’s already too late.” We are suddenly shown the cell phone of Kumeno buzzing, having received a message, and then the episode juxtaposes the older Kumeno with the younger solitary Koizumi over one another, both their faces showing regret over what happened, and has the two of them say “I’m sorry for what happened at that time.” at the same moment. We are left not only with an act of forgiveness, yes, but even given a sliver of hope in the hints of the two of them being able to actually apologize to one another … and possibly to start afresh? An interesting contrast from the bitter-sweet note the first episode ended on, to be sure, but just as good, I think. ^^