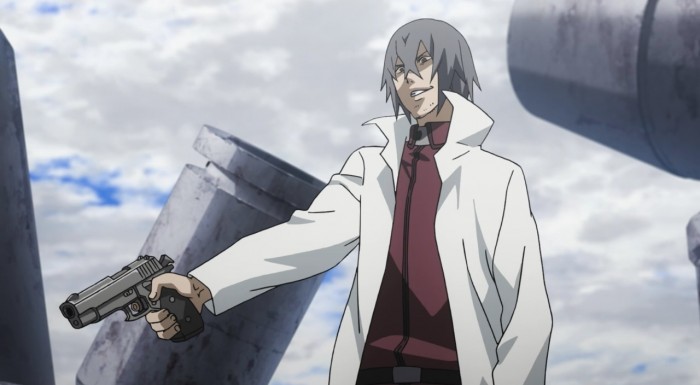 Wow, we almost lost the Princess this time around. It wasn’t just a close call against an Object, it was a series of set plans put in place that could have killed her off at any time. I mean you had the Break Carrier’s weapon being used as a trap to set off an explosion, then a wire mesh that would have shredded Milinda into bits, and then to finish it off you had the guy standing on top of Baby Magnum ready to shoot her! I mean damn, that took a lot of work to set up. Huge props to Qwenthur since if he didn’t get involved this time a number of things would have gotten Milinda killed this time around. Going up against someone who can plot and plan is a very worrisome thing. Someone that knew what they needed to do and how to bring down an Object like that. They really should look into hacking the Baby Magnum’s systems. Those automatic systems for when you get immobilized have really caused nothing but trouble. 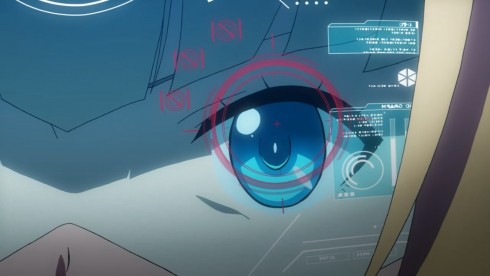 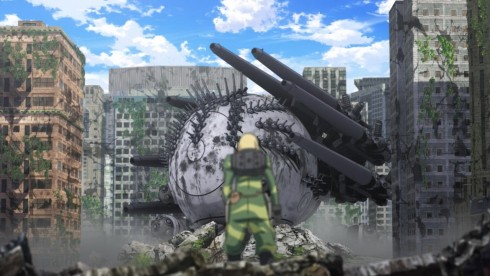 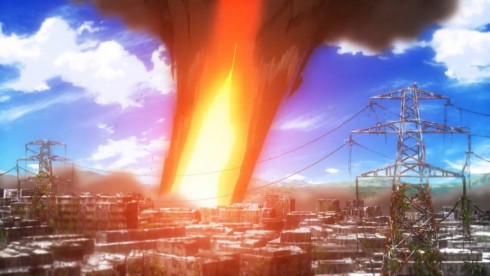 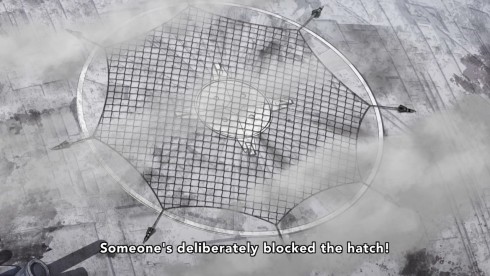 I suppose you have to give credit to Honeysuckle for pulling off that plan and having the guts to put himself in harm’s way. He could have just put this job in the hands of someone who was more or less expendable. Maybe he was that confident that his plan wouldn’t fail or he felt that doing it himself would make him even more valuable to the Intelligence Union. I have to admit I didn’t expect him to have such a detailed plan for his asylum. It wasn’t just about the tech he could offer now, but the potential to change the entire framework of war. The Intelligence Union showed off their policy of Perfect Browsing. Having the potential answer to any number of problems that could possibly crop up in the future. A group like that would have very high interest in the ability to respond to the world changing if Objects are no longer important. And it was that potential that he could use to shield himself. Not sure if that’d work out long term since eventually he’d give them the detail they wanted or just not prove to be valuable. But, for the short term it was an effective setup and plan for his own safety.

His biggest issue was a lack of experience. Maybe against the Qwenthur of the first arc he would have come out on top. But Qwenthur has been crushing Objects for quite a while now. Necessity has forced him to sharpen his ability to creatively respond to the situations he finds himself in. Honeysuckle while knowing who he was, didn’t consider how he might be able to turn the situation around. Just having a gun made him feel like he could handle this situation without a great deal of trouble. If he’d taken his plans to another level and had troops ready to intercept Milinda then she could be dead right now. They were saved by the fact that this many layers of traps was deemed enough for Honeysuckle. Shooting himself was the last plan available. 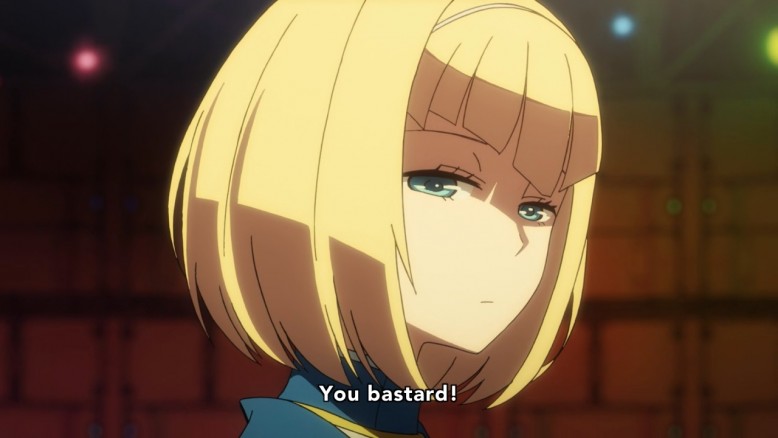 Qwenthur…you have great qualities but sometimes can be an idiot. Just digging himself a hole at the end of the episode. The counting of the plusses and minuses was quite fun. When you get down to it, what did they accomplish as individuals this time around? Well, plenty but you can spin it. The only Objects destroyed in this arc were by other Objects. Bright Hopper was sniped by Break Carrier which was blasted by Baby Magnum. There was actually no stealth object. It was a total faint. We got to see the possibilities for Object weaponry without the Object, and it’s iffy. Even those smaller guns required massive cables to keep them from getting dislodged by their own fire. There was no way they could actually fire the railgun without mounting it on an Object.

The other positives involved stopping the damn (but that will probably be considered unimportant). After all the dam destruction hardly matters to military leaders so they might not care that Havia stopped that. Capturing Honeysuckle? Well this was a group effort, it wasn’t their particular mission. It wasn’t something that they were told to do alone.

It was hilarious watching Frolaytia break down the potential negatives this arc. Saving a Capital Enterprise general (though it was to save Havia’s fiancée), having tea and accepting goods from civilians during an operation, and then there was the sexual harassment by Qwenthur. Finally he gets some scary attention for pulling that off. Having both Frolaytia and Milinda get together in terms of scaring the life out of those guys. Though by the end you could tell they were having fun. And now it’s off to the next battlefield with this whole arc potentially being a minus for their careers. 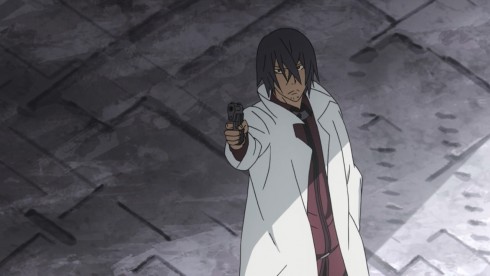 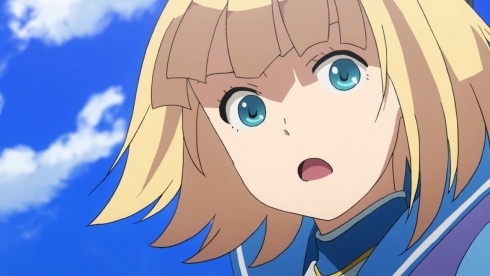 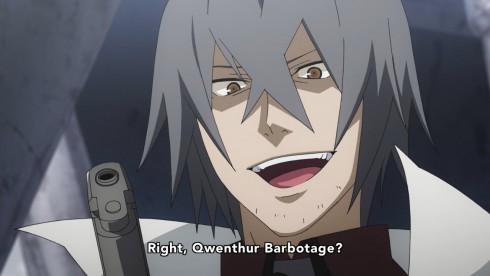 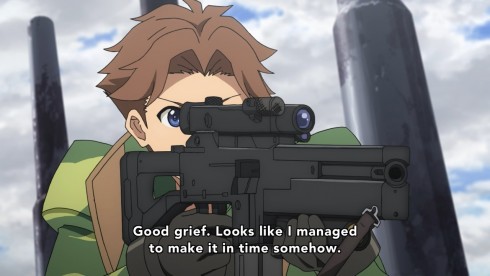 Still, Qwenthur’s smarts did save the day this time around. His quick actions saved Milinda from being shredded or shot. She does owe him big this time around. He put himself on the line to give Honeysuckle a scare. Even someone that smart wouldn’t immediately realize that Qwenthur hadn’t yet armed the hand axe yet. He didn’t have time to think that far ahead. Talk about a horrible way to go for Milinda if Qwenthur hadn’t gotten there. Shredded by your own escape system or shot while helplessly hanging in the air.

That faint with his suicide bomb idea worked nicely. It was another great feint. We know that Qwenthur isn’t that crazy to kill himself, but as a threat it worked nicely. It was also nice seeing how Qwenthur’s personal fame is spreading. It’s not a shock, the guy has been involved in taking down numerous Objects to this point. That’s going to create a reputation. 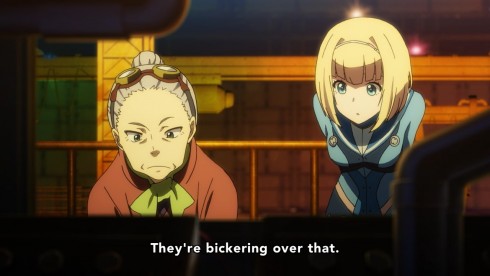 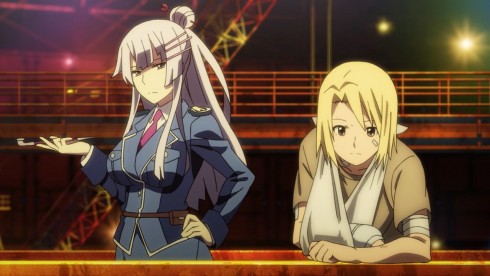 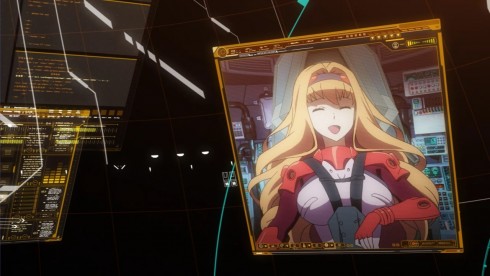 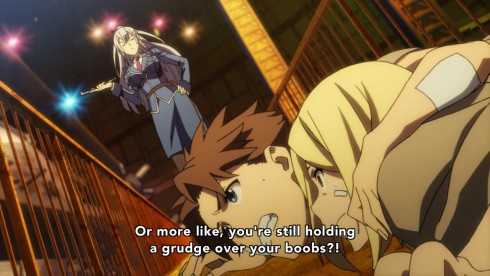 In the end I liked how this arc turned out. It did give me some surprises. While I expected the fighter pilot to get involved, I didn’t expect the Object to be a feint. Nor did I expect that so many plans would be put in place to destroy/disable the Baby Magnum and then kill the Princess. Did have me a bit nervous even knowing she couldn’t possibly get killed in this story. Hanging there in the sky utterly helpless, that worked to create some tension.

Onward to the next story!