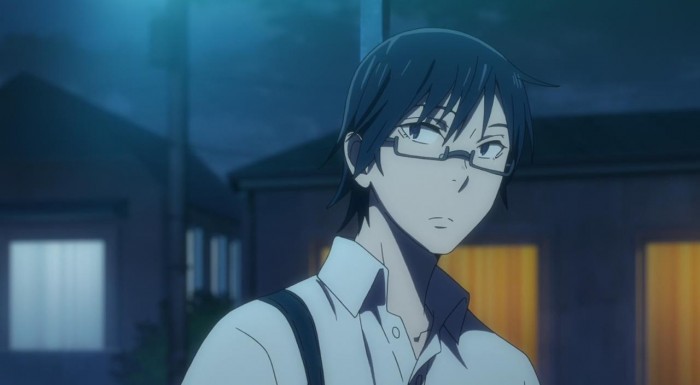 And over here we have arguably the best series of the Winter 2016 Season folks. I’ll give it Boku Dake no Inai Machi (which Crunchyroll is calling ERASED for some reason), beside a slew of fairly average premieres thus far, its stood out as perhaps the most engrossing and thrilling series to come out this season, and all from one episode at that. 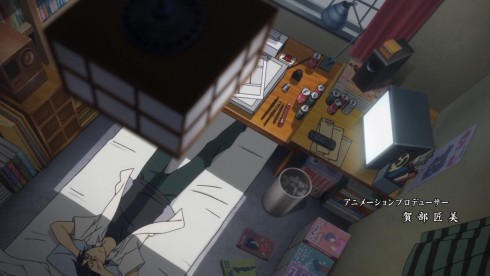 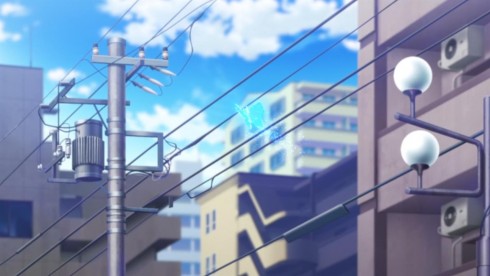 What’s so great about Boku Dake ga Inai Machi (which loosely translates to The Town Within Me Alone) is that it combines two or three common ideas with a seemingly original one. Sometimes shows can just do that, or rather stories can. They can just stand out and grab your attention by their premise alone, but I think what makes this show so impressive is that it hardly uses its great premise as a crutch, but rather as a jumping off point.

The show features Satoru Fujinama, a fairly unremarkable 29 year old that’s for all intents and purposes depressed with his life and deems himself a failure. While it is kind of rare to see a protagonist of a slightly older age (we have too many stories set in the teenage after all), there’s nothing too special about Satoru. Even when the show lets it be known that Satoru has a special power, one that basically turns back time a few minutes before some kind of major death or tragedy happens, it all still feels pretty standard. 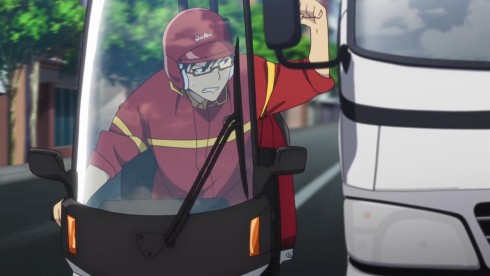 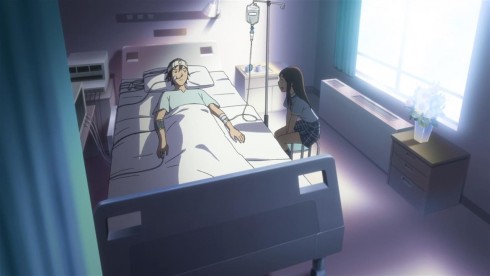 Its interesting sure, but its nothing we haven’t seen before. Slightly depressed guy, a bit of a nobody, has a power that allows him to prevent death, and he often ends up putting himself in harms way for complete strangers, stop me if you’ve heard that one before. But that’s the beauty of Boku Dake no Inai Machi, the show slowly starts to throw in a few major twists to the formula that make the core premise into something extraordinary.

So the first few moments of the episode establish Satoru as a person, and his powers. He’s a pretty unremarkable guy, he’s a failing managaka who couldn’t quite make the dream, and he gets by by delivering pizzas. There’s a younger girl that’s clearly interested in him, but he seems to be disappointed in himself and where he is in life to notice. He saves people, but its not because he has some great desire to help people, but rather because he doesn’t quite care if he lives or dies. Even he doesn’t understand why he goes out of his way to save random strangers. 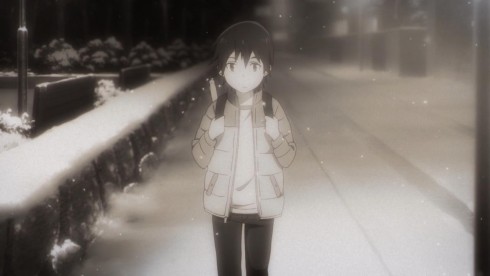 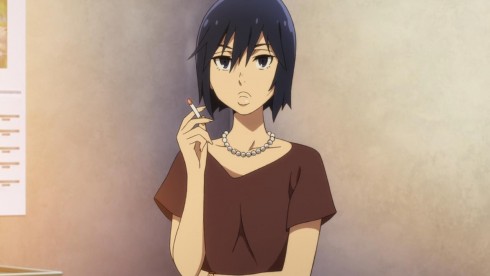 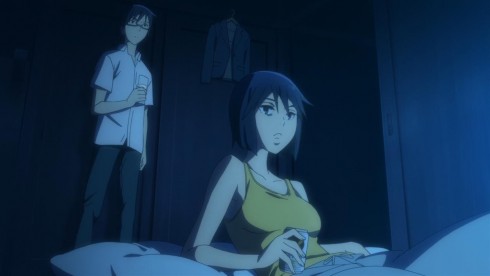 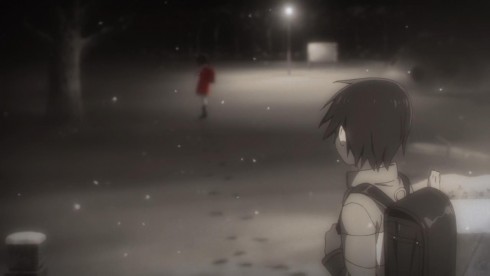 Of course, as the episode goes on, we start to learn a bit about Satoru’s past. With the arrival of his mother, things get extremely interesting when she begins to mention some kind of terrible incident that happened during Satoru’s childhood. Satoru himself isn’t quite sure of the details, but he remembers bits and pieces. He remembers two of his classmates getting abducted and then killed, and he also remembers the man that was caught as the murderer, an older kid that used to hang out with Satoru.

Its pretty dark stuff, but things just crank up to eleven in the tension area when Satoru’s powers kick-in randomly in a store parking lot with his mother present. And I have to say, its at this point that the show just nails “the feeling” of dread, of foreboding and of things going wrong. 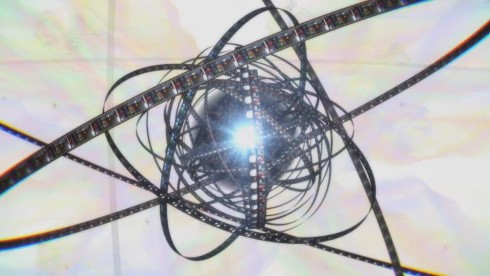 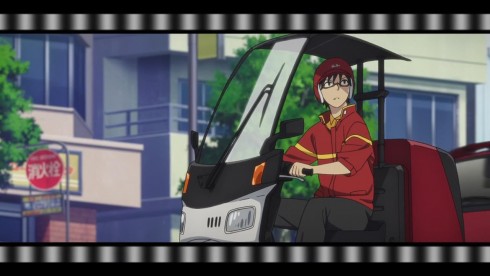 Its interesting, because the show frames its main characters powers, the ability to turn back time and prevent a disaster, in a way that’s almost in parallel to his own personality. Satoru hates where he ended up in life, and he looks back on his past and wonders if he could’ve done it differently.

That’s a very relatable feeling, and its one that I’m sure many of us have felt on one occasion or the other. Of course, all Satoru is able to do is turn back time for a few minutes and prevent some closer tragedy from happening afterall…. Until the last few moments of the episode. 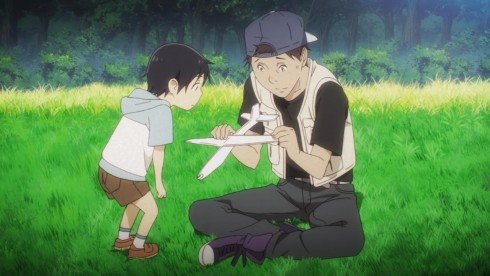 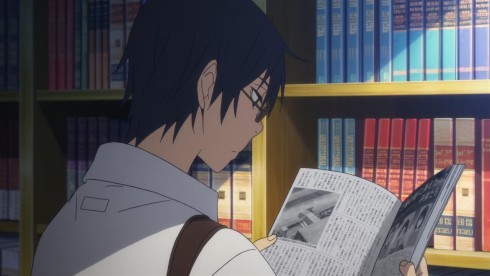 In a pretty spectacular twist, it turns out that the murderer that was convicted in Satoru’s past was not actually the culprit. The real murderer, still at large, actually ends up running into Satoru and his mother at that parking lot, and they unintentionally prevent another one of his child abduction murders.

Things don’t get better though, and the killer ends up stalking Satoru’s mom and then takes an opportunity to kill her when she’s alone. The even bigger twist, is of course in a flashback.We see Satoru as a child, pleading to his mother, begging her to believe him. “Yuuki (the suspected killer) isn’t the killer!”, that whole flashback scene is dreadful, powerful, as the killer just stabs the now regretful mother. She tries in vain to warn her son, and as you’d expect, he ends up coming into the apartment and more less gets framed for her murder. 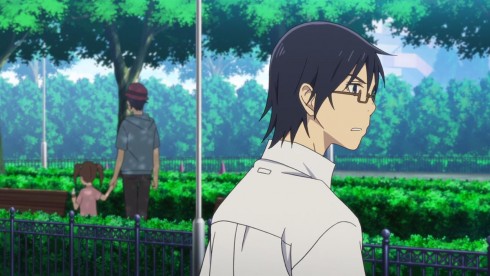 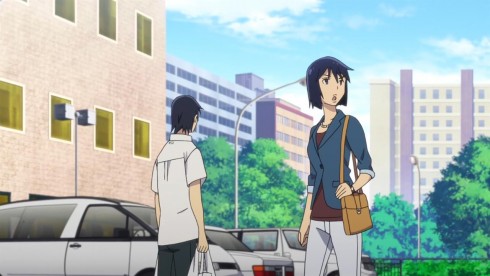 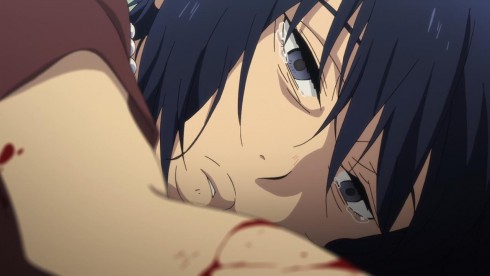 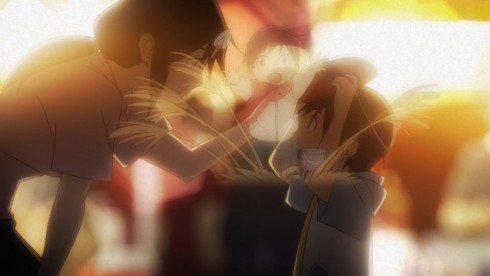 Now… I realize I’ve been doing nothing more than just describing the episode, but there’s a reason for that…. All of this, this whole murder, is just all setup for the biggest twist of them all. A few moments later, Satoru runs into a neighbour, and is mitaken for having committed the crime. The Cops show up and are ready to take him in. Confused, distraught and clearly in shock, Satoru runs away from the cops and activates his power one more time…. 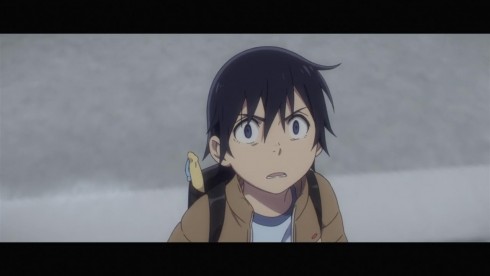 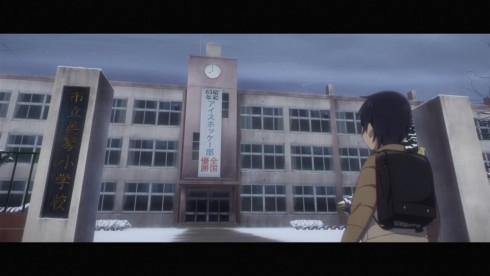 And he winds up in 1988, back when he was a kid, right before the first string of murders in his childhood. AND THAT, is what makes the series so unique, so novel.

Time travel? That’s been done before. An older, broken main character that hates himself but tries to save others? That’s done too. Failing Mangaka? Sure, we’ve seen that one too. But the idea of just going back in time and basically having the ability to re-write your life, with all the knowledge of a horrible future? INGENIOUS! 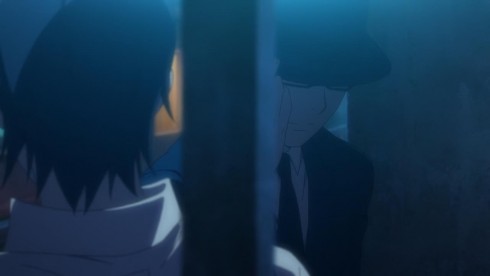 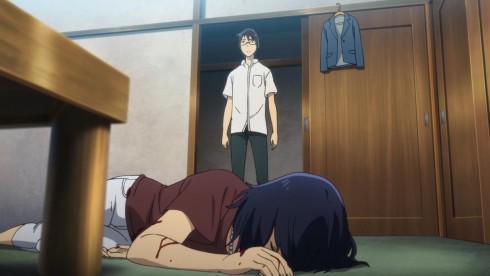 There’s just no other word for it. In one episode, the show just completely goes in such a brilliant, unexpected and fantastic direction that its impossible to not sit there, both stunned and grinning as the credits roll.

Satoru is back in the past, as a kid, and everything that the first episode worked so hard to build? His life, the status quo, everything is thrown away in favor of unraveling a murder mystery in said past. Its such a ballsy move, so unique, amazing, and an instant audience seller. 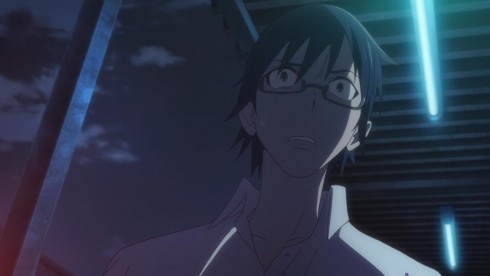 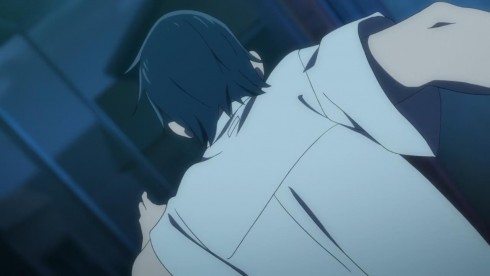 Its been a while since I’ve seen the first episode of a show, and just been sold. Completely and utterly sold. And the interesting thing is, I have no idea what the series is planning next. The cast of characters is going to all but change, as will the show itself. But the way the story starts? Well I think this entire post has pretty much been in service of praising that.

Its that combination, of the tried and true ideas, mixed with that concept of going back and rewriting your life, correcting the past potentially, that makes Boku Dake no Inai Machi such a powerful and generally unique idea. I think its important to note that more than anything, this show makes the whole thing really believable. 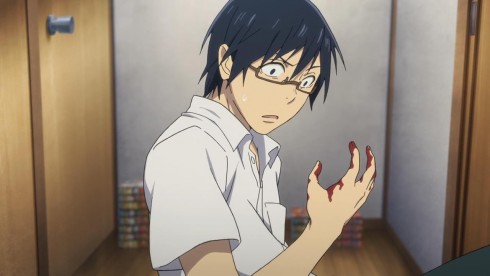 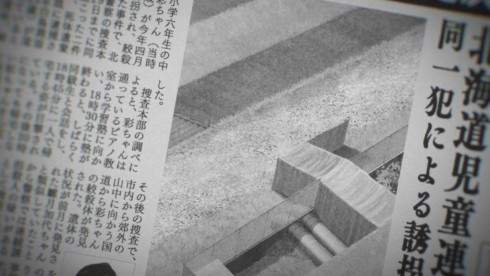 Its believable because Satoru ends up in what you’d call a “Bad End” in Visual Novels/Video Games. He has to restart, but just because he does get the chance, doesn’t mean its all awesome. Many of us, I’m sure, romanticize about reliving the past and doing it right, but I think if this episode does anything, it shows us just how horrible and nightmarish of a situation that truly could be. Having to relive 23 years of your life? With the Knowledge of what you have to prevent? That’s a pretty tall order, and one that I’m so exceedingly curious to see Satoru tackle.

In closing the only thing I’d like to say is that this series, does sort of have one foot firmly planted in the old classic days of anime. It harkens back to the darker days of Anime, the late 90s, when blood, gore and maturer storytelling kind of ruled the medium as a whole. I got cool flashbacks to stuff like Shingsutan Tsukihime, but this feels even more mature and believable than that series. 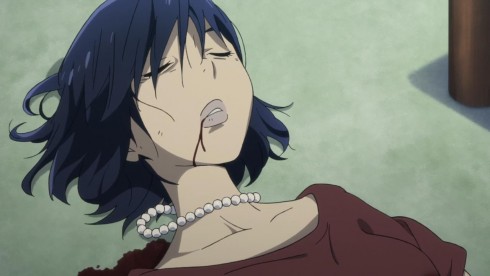 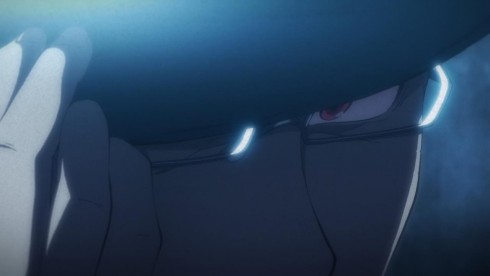 All in all, I really liked this premiere and recommend that everyone even remotely interested in murder mysteries go check this one out. Will I blog it? Yeah, for sure. I’ve heard that the source manga is pretty great, but I’m one of those people who, as usual, hasn’t read it. So for those of us who are new the franchise, it’ll be a good old journey. I mean, If episode 2 is even half as good as episode 1, then we’re in for quite the treat.