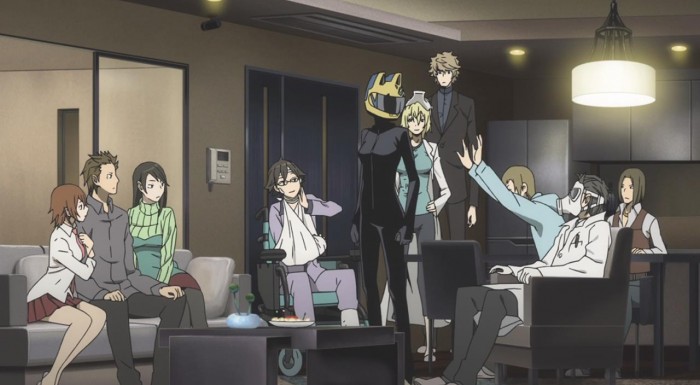 And we’re back, for the last cour of the second Durararara!!x2 Series. Durarara!!x2 has, since its very start, been a pretty hard case of “careful what you wish for”. Since the first season ended, fans of the franchise have always wanted a continuation, a second season, and we got it. But what we got also felt like a significantly lesser series than the first one, and seemed to have the magic of the first series in spades rather than full doses. Its not too early to call Durarara!!x2 a bit of a letdown, but I think how we remember this franchise, and whether we want more continuations down the line, depend largely on this last cour. 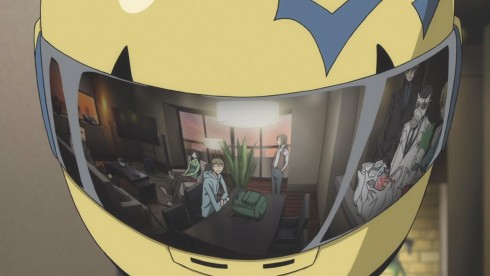 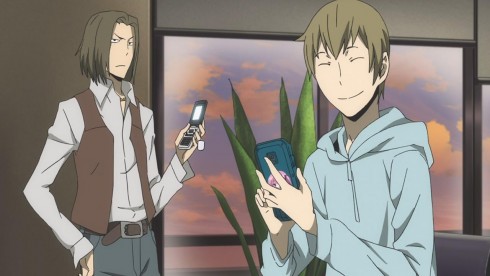 To that end, the first episode of Durarara!!x2 Ken isn’t bad. Its okay, its fine, its pretty decent, but I guess that’s not what this final cour should feel like. It should feel like the epic,” every episode is amazing and I can’t wait for next week” sensation that the first series was. I’m still waiting for that, 25 episodes into the second series, I’m still waiting for the moment when Durarara!!x2 will genuinely excite me. Maybe that’ll happen in another episode or two, who knows.

The good news though, is that this week’s episode doesn’t feel like a drag and doesn’t repeat the issues of the second cour. The second cour, was plauged with these story arcs, where one situation would just play out over a number of episodes, repeatedly, albeit from different perspectives. When we last left Durarara!!x2, we left a bunch of characters all in a room, with no idea as to how they got there. 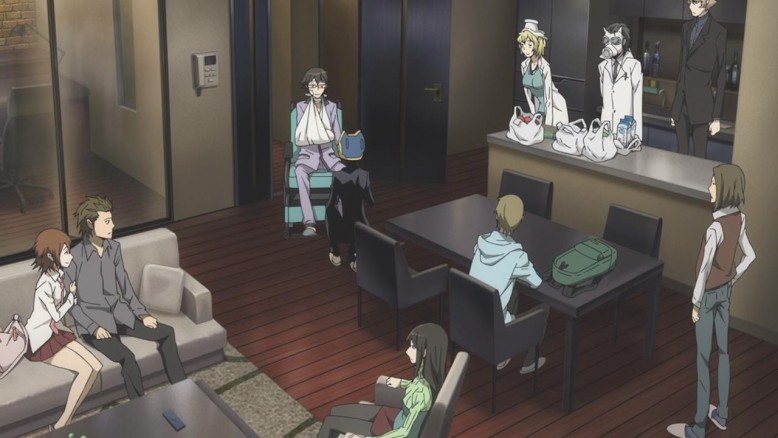 We’re back in the Apartment, one season later. XD

The worry, the fear, was that this whole “how did everyone get here” storyline, was going to take up a decent chunk of this final cour. If that had happened, things would’ve been bad, really bad.  Thankfully the whole mystery of how certain characters got to Shinra and Celty’s apartment, is resolved in this very episode. There’s no dilly dallying on parts of the story that clearly don’t matter.

Yes we loose a decent amount of the episode toward how everyone got into the darn apartment, but the stories themselves are interesting, and are told at just the right pace to not be bothersome. In the end, Celty and the rest of the people in the room form their “guild”, a team of people that decides to exchange information and work together to combat all the chaos that’s coming from everyone else. 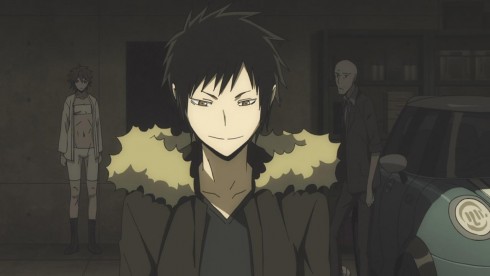 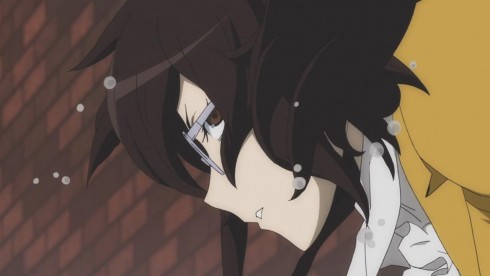 Who is everyone else? Well there’s Izaya, and his ongoing battle with Kujiragi, who seems to be yet another weilder of Saika (there’s now three of them for God sakes!). There’s Mikado and the Dollars, and their whole battle with the Yellow Scarves. And of course, there’s all the various factions fighting for power over Celty’s head.

Speaking of which, Celty’s head. It comes up in the room after everyone establishes how they got there, but the big reveal is just… meh. It feels so anticlimactic that its almost a bit disappointing. 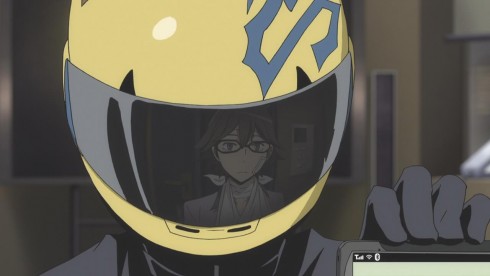 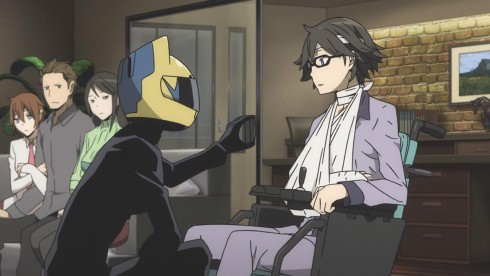 How does Celty react to the fact that some of the closest people around her have been hiding information about her head? Very well. In fact, her lack of anger and the lack of fallout from that situation is pretty galling. Added to that, is the fact that the head coming into play promised to somehow alter Celty and Shinra’s relationship but it… doesn’t.

Instead we just get a small note of Celty promising to not take the head until after Shinra dies. That’s fine, and its a nice moment, but for all the build up it got in the first season, this whole plothread did feel like a bit of a waste. Its handled nicely, and the whole scene is pretty funny midst the chaos of so many different people telling their stories and pipping in but… The fact that its a disappointing resolution is undeniable. 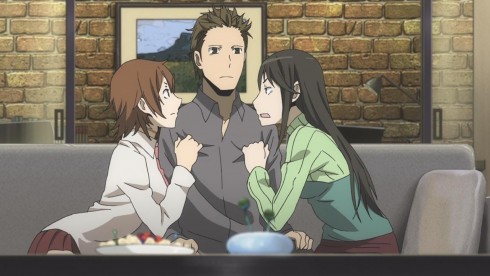 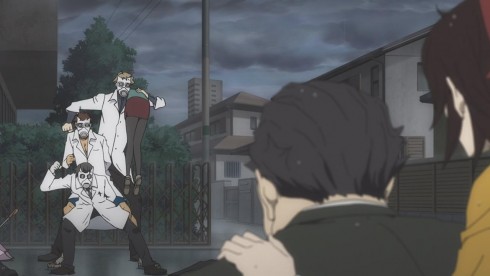 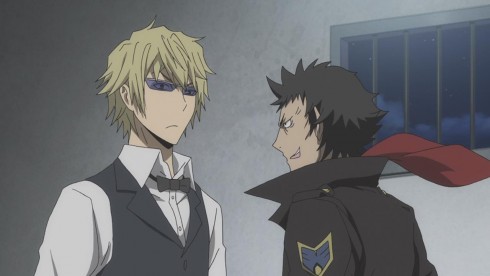 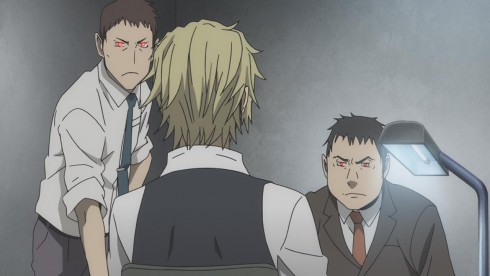 But like I said, at least everyone’s stories in the room get resolved and we move on to the story advancing. While Celty and everyone in the room forms their team, team Izaya is busy gearing up for their major battle. Unsurprisingly, Izaya ends up playing dead in order to get close Kujiragi’s hideout, and a few of his crewmaters join in on the fun.

We check-in with Shizou, and it seems like, at least for part one of this new conflict, he’s going to sit on the sidelines. There’s a nice little exchange between him and the cop that hounds Celty on the roads, but beyond that, there’s not much to it. Its a nice little scene that at least has one of the stronger characters of the show show up. 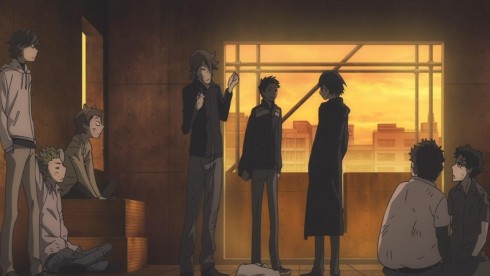 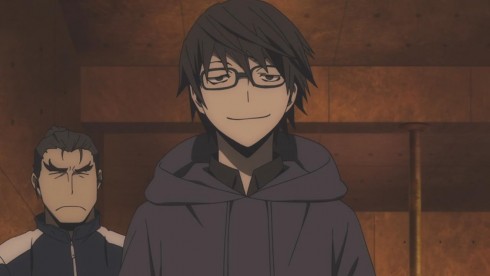 The final group we check-in with is Mikado, Aoba and the Dollars. Izaya’s Kumoi-san creation, ends up joining up with the Dollars, so there’s no telling where that’s going to lead. I’m significantly less interested in the Mikado Dollars storyline, now that its just more or less a rehash of season 1’s big conflict (except with Mikado as the villain this time). Hopefully Durarara!!x2 can throw in a curveball or two here, because as it stands, its most interesting storyline has transformed into the least interesting one.

To wrap up, Durarara!!x2 Ketsu’s first episode is decent, and that in itself, is a bit of an achievement. At this point, for anyone who’s dedicated 25 episodes of watching, we’re along for the ride till the end. Does Durarara!!x2 Ketsu make the slog through the series worth it? Its doubtful. Does it at least end of a high note? Lets hope so. 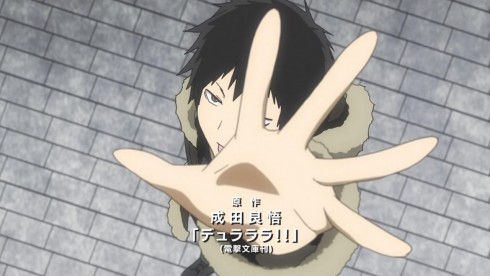 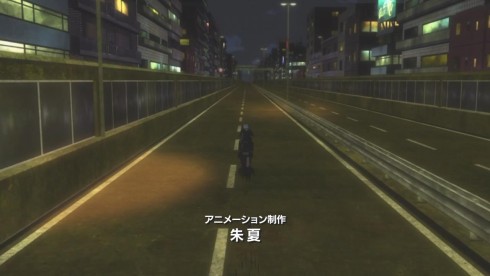 I will say, though it isn’t amazing, I do like this latest OP. It starts off things weird with those hand shots but from that point it is pretty similar to the Durara!!x2 Ten OP, just with different art and music. The song is pretty darn good, but its FLOW, and FLOW is a pretty kickass J-Rock band. 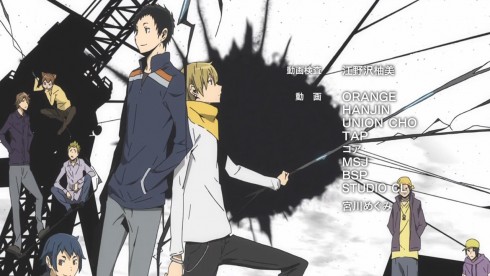 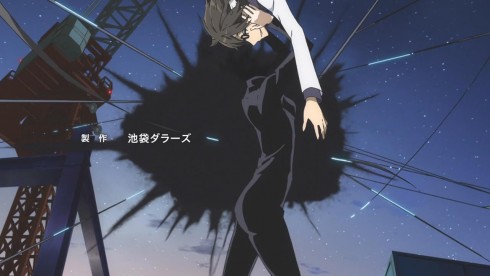 Another solid ED theme, Durarara!!x2 does its thing again with another long vertical artwork that we slowly move through. GREAT Song by Penguin Research. 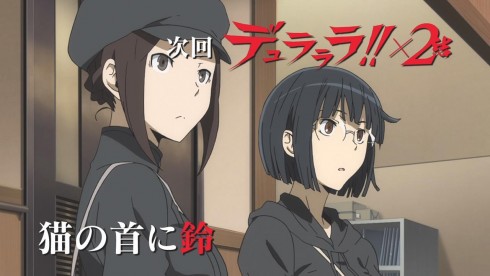 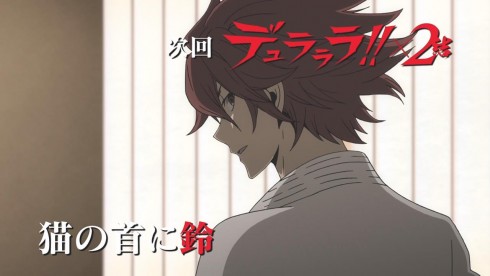 Its all about women next week, Take that as you may. I’ll see ya all next week.