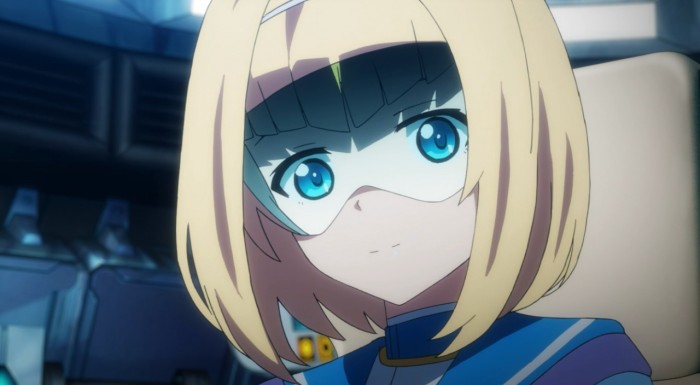 Well, things certainly got worse for the main cast than I expected them to. They are basically on a running clock before a world war basically erupts right around them. A war that they will seriously be at a disadvantage for since Baby Magnum is still damaged from the last battle. They are basically having to run around and kill off the leader of the Mass Driver Foundation. Though let’s face it, the guy is probably inside of that Stealth Object that must exist. What safer place is there in the world when you simply need to buy time than inside of some kind of stealth creation? All Honeysuckle has to do is stay hidden for 2 hours and then all hell breaks loose. He can apply for asylum from another country and just flee in the confusion. A showdown between four factions could be unleashed. The Mass Driver Foundation with their Stealth, the Legitimate Kingdom with Baby Magnum, the Intelligence Union and the Capital Enterprise…it will literally be hell for all the foot soldiers that are currently on the ground. 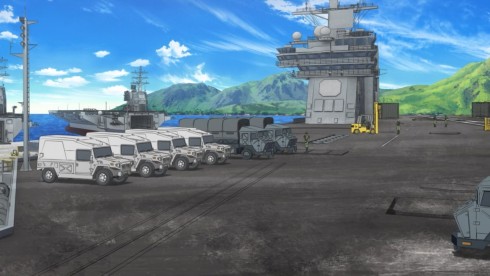 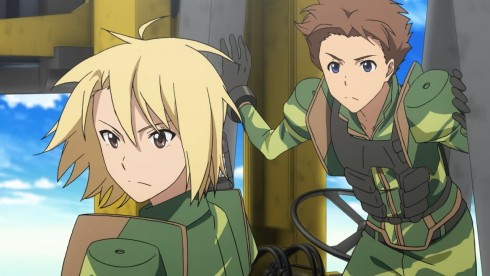 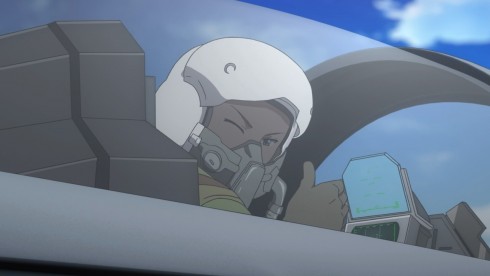 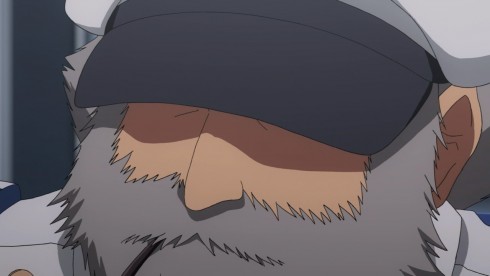 There might have been some light fun at points, but the situation is pretty bad. They are trying to track down a genius with only just realizing what his general plan is here. Someone who was smart enough to create all that tech and his own Stealth Object. This is going to be a case where Qwenthur really isn’t going to be the smartest guy in the room necessarily. He’s going to have to really think on his feet if he wants to get ahead of Honeysuckle. Who knows what kind of crazy genius they are dealing with here. And yeah there is half decent odds that Havia guesses right and the mysterious genius could be some cute girl for all they know XD. In which case maybe Qwenthur can dumb luck his way into finding this person before everything turns into a disaster.

I’m also curious what role the fighter pilot is going to play in this. Staccato seems like a nice guy and certainly with the screen time he’s gotten he’ll be important in some way. Maybe he’ll be able to help Qwenthur locate the Object somehow? Could even play into the job of taking it out depending on the situation. Despite the number of Objects Havia and Qwenthur have taken down its taking time to put a dent into the thinking that everyone still believes. That Objects are absolute existences. Though to be fair it is a tough thing to do since they are still by far the best weapons on the planet. There’s no way you convince people that Objects are completely obsolete and they should go straight back to the old format of war. 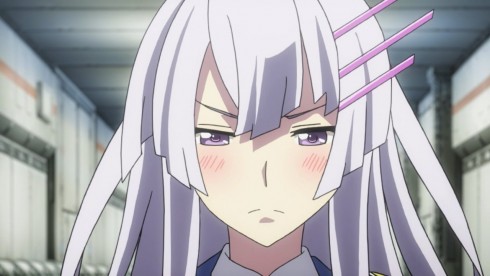 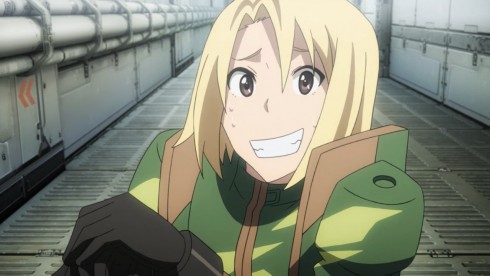 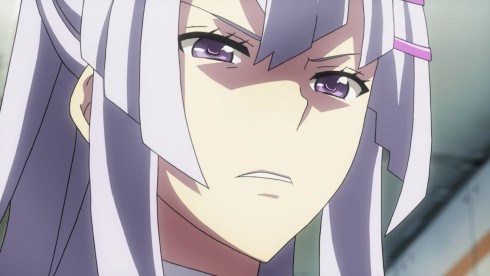 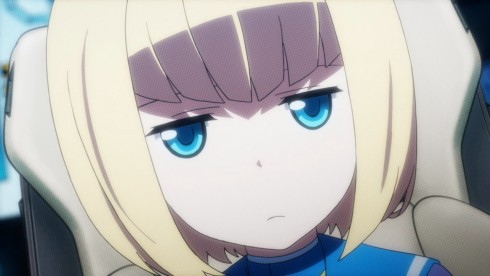 And yeah the aftermath of Qwenthur’s sexual assault remains. I can feel sympathy for the kind of situation Frolaytia is stuck in. She has two less than perfect choices here. Either deny everything and have the pressure come back or not deny it and have everyone believe she’s a slut. Both have their pros and cons. At least her reputation will be fine if she denies it, but they could keep pushing and eventually get around her resistance to marriage. If she doesn’t then fewer will push for marriage. But, that could lead to her being pressured in other ways by those who believe the rumors. It’s just not a good spot for her and I’m kind of curious if they figure a decent way out of it.

Of course Milinda is hardly amused by these rumors. That girl has enough of a jealous streak that having her worst fears about Qwenthur and Frolaytia confirmed would be a very bad thing. Of course she could still stand to be more proactive here. It’s not like she has to sit around and do nothing. If she made her move then things could change. Being upset at Frolaytia or even Qwenthur doesn’t resolve the fact that he doesn’t get that she’s interested. 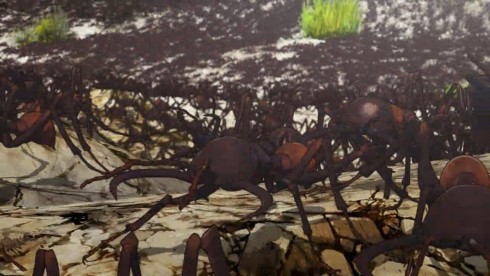 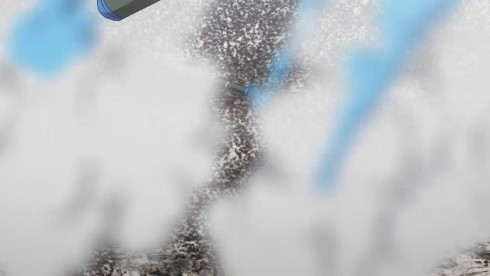 I will admit that when the army ants invaded I thought “of course the enemy Object is nano tech!” Which of course makes no sense since you can’t break a person down into little objects to avoid detection. I suppose if it was completely autonomous that’d be one thing, but probably not the case. Regardless, it was kind of cool to see Mother Nature striking back. Humans shooting at each other like idiots and these army ants basically send both sides into a panic or into a grave. That was kind of a different kind of disaster situation. If they couldn’t find a way to deal with those things they were definitely going to just wash over them like a wave.

Good job by Qwenthur using his wits to get them out of another pinch. It used up all the smokes they had along with a lot of explosives, but it got the job done XD. Spreading out the smoke and then dropping that large explosive force down on them. Putting the smoke to real work in a sense. 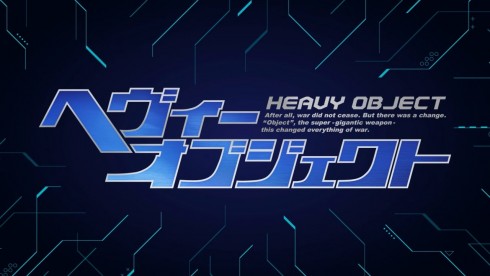 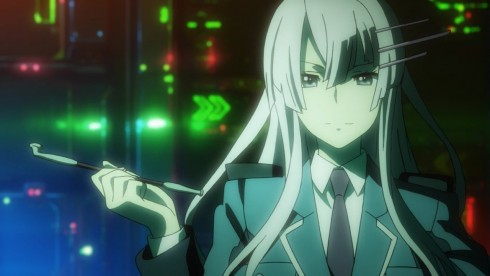 In terms of the new OP? It was fine. It wasn’t that different from the last one in terms of tone and visuals, though perhaps the song wasn’t quite as catchy. Though to be fair I couldn’t help pausing with a blank expression at the army maid corp. Come on Heavy Object you can push things at times but that is going a bit too far. Just a kind of average OP in general though. The visuals were fine, we get some shots of future characters we are going to meet and that’s about it. 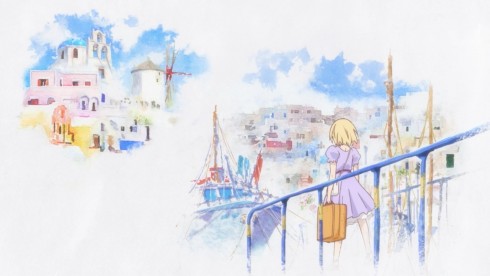 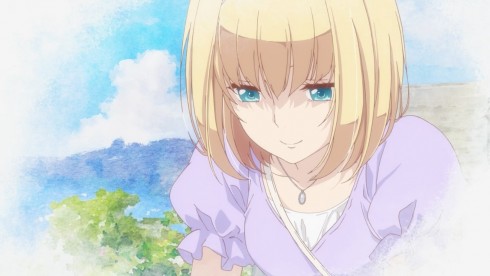 The ED was a bit better than the OP. It did tell a little story and once again the focus was entirely on Milinda. In some ways I do think the song was a bit better in the first ED, but it was fine. I did like the little bit of Milinda thinking about sending a text to Qwenthur, but pausing to slowly write out a letter instead. Giving her more time to put her thoughts down and perhaps showing a bit more seriousness than just a quick message. At least it made me smile a bit, giving the ED some kind of little story helps since it isn’t too memorable song wise. 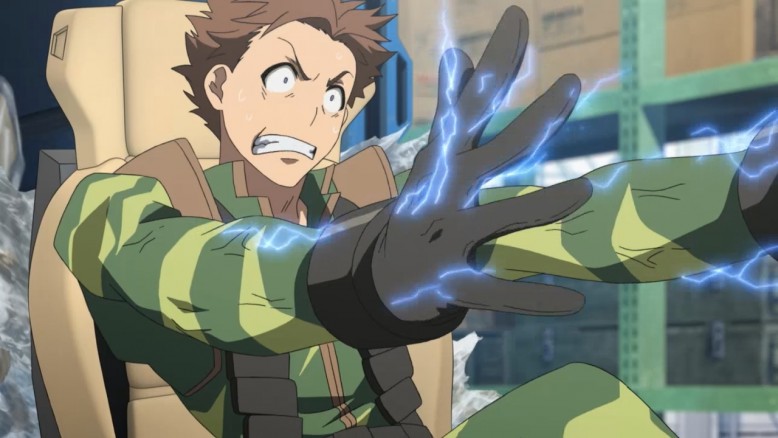 Havia is joining the Sith!

So, things are not looking all that good for the main cast here. They have some time to turn this around, but it’s a pretty ugly situation. They have to try and find where Honeysuckle is and kill him. There is just no other way they can avoid this mess. But, even if they do it’s hard to say if the situation will turn around. The other sides could just say they got a request for asylum and don’t believe that Honeysuckle is dead. Will require a bit more quick thinking and hopefully not with additional groping by Qwenthur. Last time was more than enough thank you. On the more fun side, well at least we got Havia being shocked by Milinda’s spare chair. Don’t mess with that girl’s stuff.