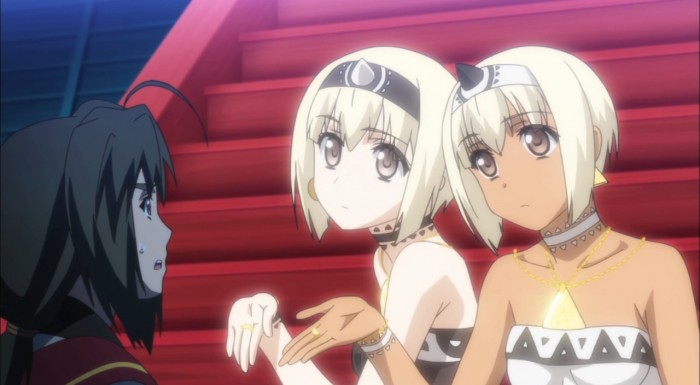 While this episode didn’t exactly jump into the major plot, it did seem to lead towards it. Not to mention it was certainly a relief from the mess that was the Anju episode. This at least seemed to add to the world building a bit and allow some curious speculation about just what the Emperor is plotting here. It is nice to have something to speculate about and consider. A very interesting play from him in passing on the Kamunagi of Chains to Haku. Also…somehow I felt the need to take the start of this episode as a personal apology to me XD. At least until they got to the BL joke. You can’t just have that kind of episode like last week and not make an attempt to bounce back a little bit. 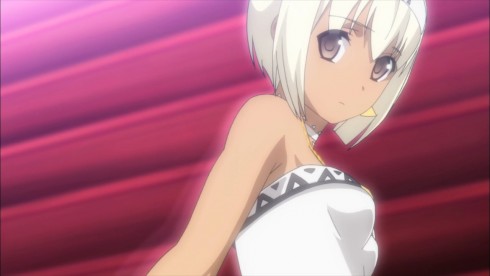 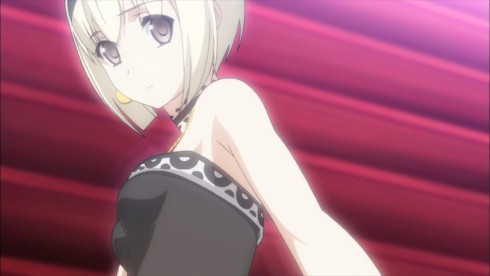 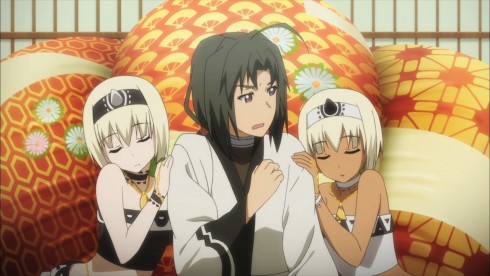 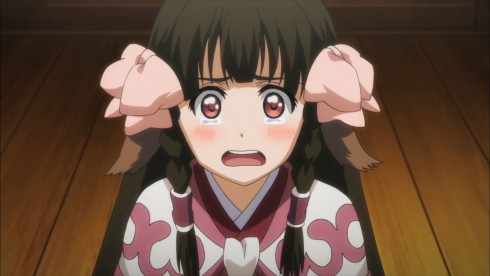 Now certainly it is hard to avoid commenting on the over the top existences that are Uruuru and Saraana. I mean their first introduction to the series was a seductive dance sequence. They hardly broke from the kind of characterization for the rest of the episode. In a sense it’s kind of amazing seeing two characters so utterly devoted to servitude itself. Just completely and utterly serious about what they are getting into. They have been passed to Haku and are his servants and they take that with complete seriousness. Completely prepared to take over the cooking, cleaning, and basically anything that Haku may ask of them. That is a very dangerous situation in a lot of ways. It’s demanding a lot of responsibility and frankly restraint. They don’t seem bothered at all by the implication of having to service Haku sexually. I’m not sure how to read this situation. It is kind of amazing how over the top these two are and will be curious to see what kind of characters they end up being by the end. Could see them going the classic route of learning to appreciate themselves and not just being focused on serving a master.

It’s no wonder that the rest of the cast has no way to respond to this either and are basically ignoring it for a fair amount of the episode. Though will admit to laughing and enjoying seeing Rurutie struggle so much. For someone so obsessed with shipping guys together the idea of having these two girls both being with Haku must have utterly shattered her. It’s also kind of nice that the show actually remembered that Rurutie did have some personality traits outside of being the resident BL obsessed girl of the cast. The potential of having her cooking position taken was pretty nice as well. Really forced her to step up and actually respond to things. 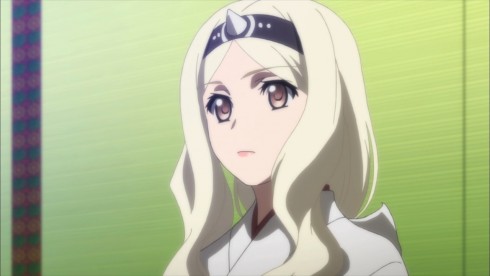 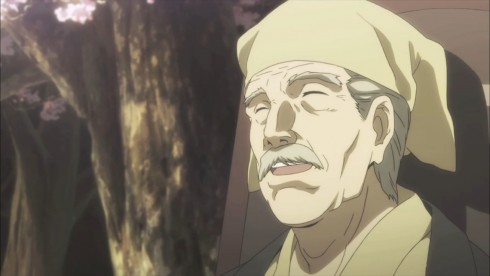 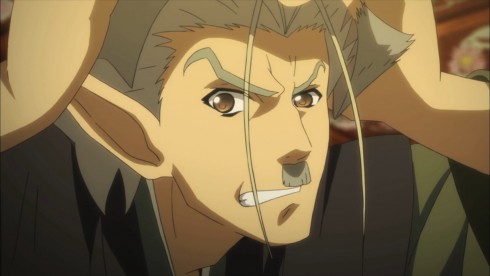 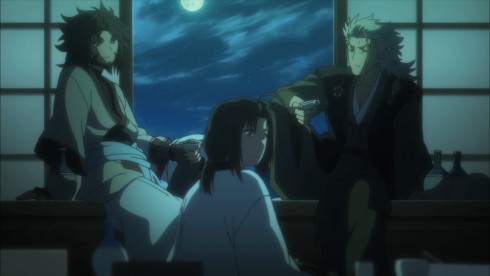 Probably one of the more interesting parts was the reveal of the candy salesman Sakon as being Mikazuchi. I suppose in some ways it makes a lot of sense. That candy-man has been a pretty consistent recurring character and really if one major general was playing a double life then why not the other one too? Kind of makes a lot of sense that both are playing those roles in order to be able to get down to the same level as the people and interact more with them. I had thought for a while that perhaps Mikazuchi would be a core figure of any kind of rebellion, but I guess that isn’t something to worry about. Is kind of funny how Nekone basically goes feral around that guy, but considering he’s kind of the rival of her brother that’s not too shocking.

Speaking of reveals, in the end the assumption that the old man was the Emperor proved to be spot on. In the end Haku got a lot of the credit for what happened with Anju even though he really didn’t do much of anything other than narrowly avoid getting killed by Oshutoru. But in some ways that’s probably the best way to cover up that train wreck without anyone having to basically kill themselves to atone. It does make me wonder quite a bit about what the Emperor is planning. These are the daughters and heirs of basically the head priestess of the entire country. Are they the kind of people you pass over as possessions to someone like Haku? Someone who may not remain forever in that country and really doesn’t even know who he is? Is the Emperor in the end considering the option that Haku may end up being the one he passes the title of Emperor to? Certainly I can’t blame him for considering options. Anju might have reflected on her actions, but frankly I still worry for a country in which she is allowed to take up the responsibility of being a ruler. 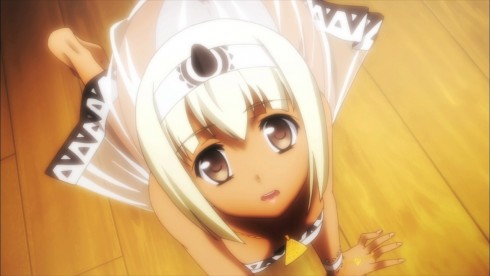 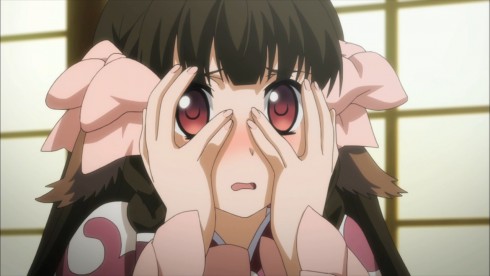 The end of the episode might have given me my greatest hope for some actual plot to kick into action. Thank you barbarian invaders! Thank you for actually making something happen! Thank god, this might start getting interesting at long last. We’re going to see all these warriors in action, see just what their power (Akuruka) is and what aftermath may result. It’s possible they just crush this invasion and we go back to having not much happen, but it’s enough to hope right now that the story just might kick into gear now.

This was a much better episode than the last one. It was just a tragedy what happened and this at least bounced back. A few surprises and just maybe the main plot is about to rear its head. We can only hope that happens.